A new study says that open-plan offices don’t just annoy many of their inhabitants; they cut collaboration, too. 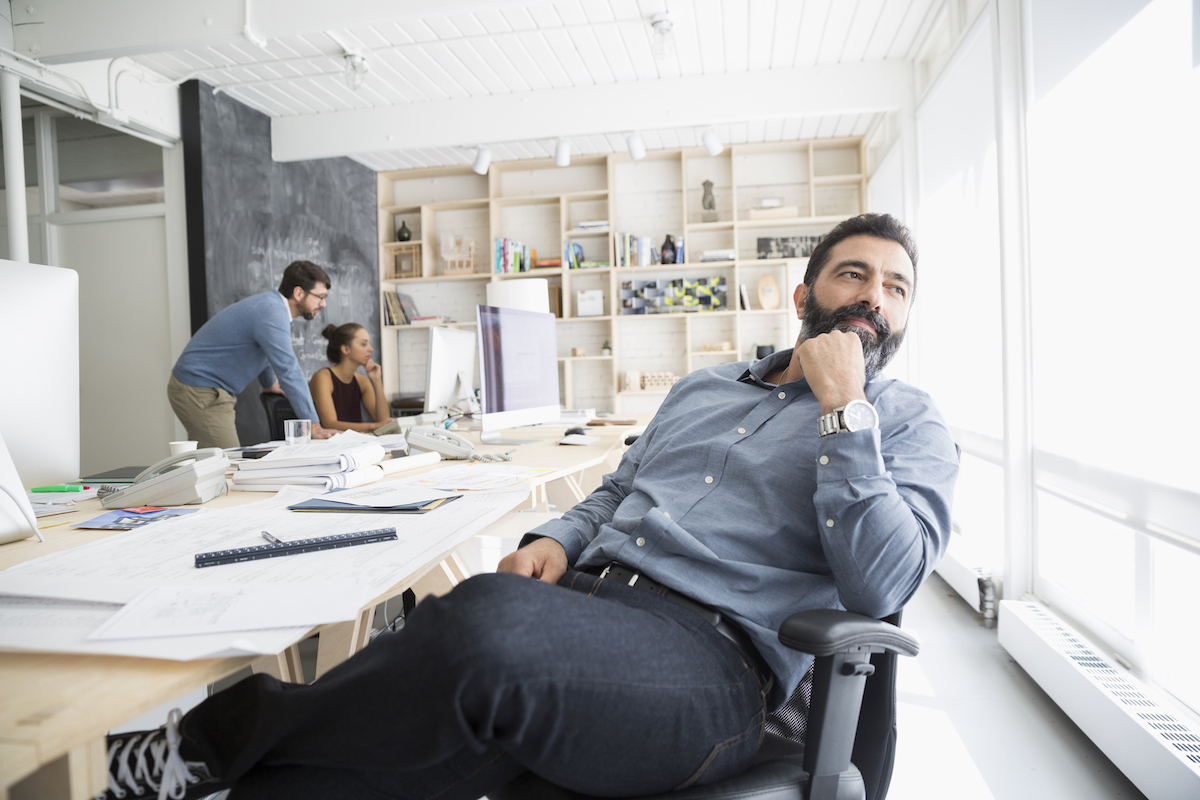 Over the past five years I’ve become increasingly interested in how we design our office workspaces – and particularly, in the gulf between what most psychologists believe, and what the people who are paid to design these spaces believe. As first ‘open offices’ and then ‘activity-based working’ have spread across the business landscape over the past 50 years, office workers have found themselves working in places first with no doors, and then without even assigned spaces in which to work.

To social psychologists who glance at these problems, it often seems obvious that we’re creating new problems. We’ve decreased privacy, increased noise, lessened people’s ability to conduct either focused individual work or spontaneous and vigorous conversations, and often disrupted their colleagues’ ability to find them. While some workers cope with all this quite well and may even find it energising, others feel disrupted.

Occasionally we have been able to confirm these sorts of findings with studies of large groups of people – for instance, through a famous University of Sydney study that revealed how much people dislike the noise of an open office environment.

This is why people put on headphones to work at their office desk. It’s why people say they need to go home to get some work done. And it’s why, in some offices, teams will designate a person to arrive early and spread out across a bunch of desks, effectively ‘reserving’ an area.

Workspace designers, however, mostly take another approach: they say that less walls and less privacy are better for collaboration and creativity and that their ‘workplace redesign’ will improve productivity. And if people don’t like it, well, some people are just too scared to adapt to change.

When I first looked at the gulf between these two views, I went looking for robust, large-sample productivity studies that would show offices with more open design performed better – that the workplace designers were right.

To my surprise, these studies simply didn’t exist. It’s not that the evidence was ambiguous, as it often is. There were no decent studies at all showing open design increased productivity. None.

Instead, when I havepushed workplace design experts, they have occasionally admitted that the workspace design profession, such as it is, simply cannot back up most of its biggest claims about modern workspaces. Its primary method of proof is repeated assertion – as two pioneering researchers in this space, Tom DeMarco and Tim Lister, noted many years ago.

If you’re sitting in some noise-ridden ‘activity-based-working’ environment where you can neither concentrate nor speak privately with a colleague without booking a meeting room, you may feel at least some small pang of vindication from this thought: the experts who created your dysfunctional space earned their fee partly by just making stuff up.

In a sea of bullshit, the workspace practitioner I’ve found most honest about these issues is Dr Donna Wheatley, an architect and workplace design strategist at WMK Design. To her credit, Wheatley has actually been pursuing real data on these design issues. When pressed her on this a couple of years ago, she reluctantly said that the profession’s understanding of these issues was “very rudimentary” and that “some things are not working as well as expected”. The profession almost never did follow-up studies on its designs, “and if we do it’s probably laughable”.

She also confirmed what almost everyone in the industry will admit when pressed: the single most important influence behind the rise of open office spaces over the past 50 years has been not expert evidence but finance. Open designs tend to put more people on less floorplate – which would save firms money, if only it didn’t have any other negative effects.

As it happens, new evidence continues to emerge that squeezing people together in open offices and ‘activity-based working’ environments does indeed have negative effects. The latest is a study titled ‘The impact of the open workspace on human collaboration’, published in the August 2018 Philosophical Transactions of the Royal Society Biological Sciences. The paper by Ethan Bernstein and Stephen Turban looked at people in a pair of corporate headquarters moved to more open office space. The two researchers put trackers on workers before and after the move. As far as they could tell, despite all the workspace design talk about ‘increased collaboration’, this was the first attempt to measure actual interaction in office environments.

What did they find? In the more open office environment, people actually spoke less face-to-face. Instead they upped their use of email and instant messaging. “Open architecture appeared to trigger a natural human response to socially withdraw from officemates,” the researchers conclude.

This may not be a surprise to you if you’ve taken part in a few good collaborative projects: the collaboration process tends to thrive on privacy.

And of course electronic messaging has well-known shortcomings as an interaction mechanism. So open office designs may actually be cutting collaboration, the researchers add.

The bottom line: though the workspace design industry has been selling the virtues of open-plan and activity-based working for decades now, organisational leaders need to understand the profession’s thin and shaky research base. If some designer tells you they can transform your business by modernising your office, ask for hard evidence and accept nothing less.