Are voters falling for the catastrophisation of politics?

Too many people observing today’s politics rush to declare it a catastrophe. 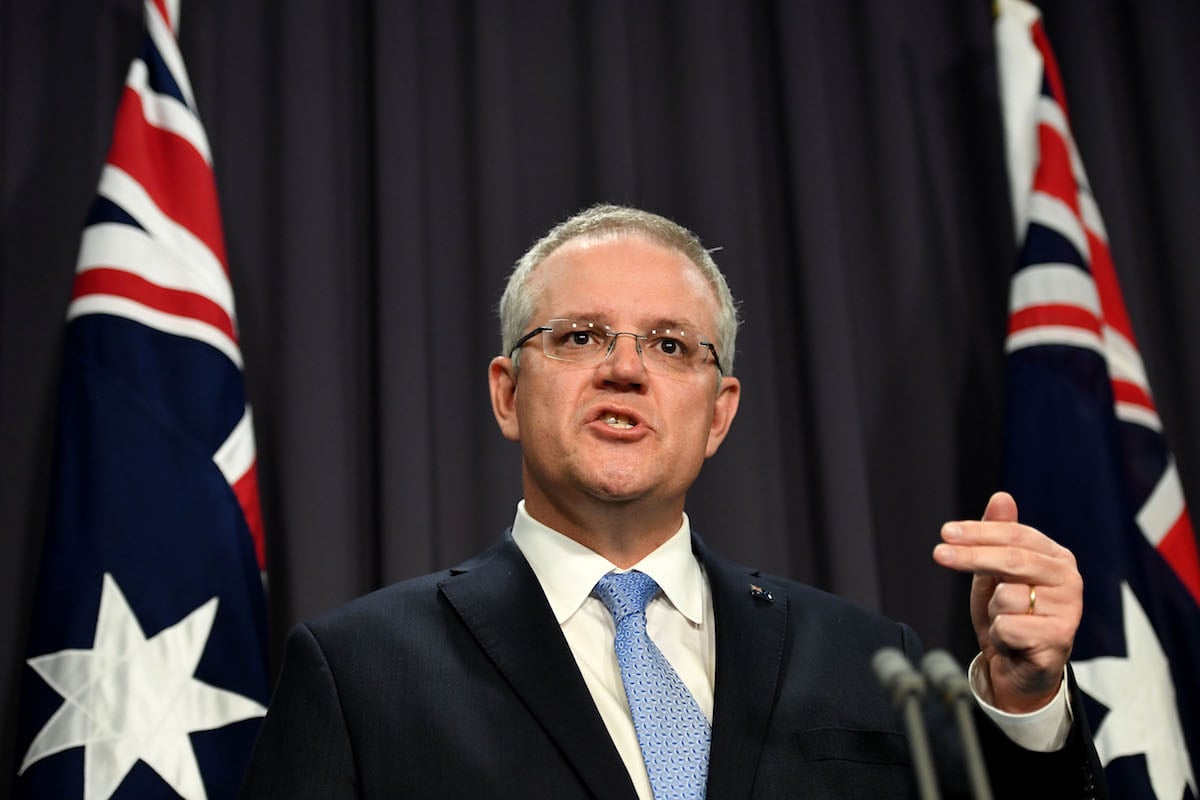 If you were following Australian politics over the past week, you would have heard yet again about what a disastrous state our government is in. There were close votes in Parliament, manoeuvrings by the parties, a bunch of argy-bargy.

Here’s the thing: Australia’s system of government still works. Yes, the Morrison government is now a minority government, and by Australian standards not a terrific one. It may have problems getting some of its legislation through, and things will often look a bit messy. Sometimes it will have to abandon plans, particularly bad ones, of which it now has several.

But none of that seems likely to make life in Australia horribly worse. As I’ve suggested before, our political system remains robust, and our national fortunes continue to be good. Unlike some countries, our prime minister cannot change the nation on a whim. Although the job sounds prestigious, he or she is just a substantial cog in a fairly effective machine. Changing prime ministers seems like a big deal., but it’s really not. Sorry Malcolm, and Tony, and Julia, and …

The same is true of a number of other countries. The UK, for instance, is busy at the moment wrangling as if its exit from the European Union will determine for eternity its fate as a nation. I strongly suspect that the UK would be better off staying in the EU. Nevertheless, I suspect that in 50 years’ people may wonder what the fuss was about.

Indeed, I’m beginning to think one of the biggest problems of advanced democracies’ is our tendency to catastrophise every issue that we see coming down the road towards us.

The urge to catastrophise

In psychology, catastrophising is the tendency to describe everyday events and uncertainties in the worst possible terms, usually before seeking reassurance. This cycle can be oddly attractive to some people, so that it ends up wasting your own energy and time and that of the people around you. Politics often suffers from this condition too, and it is having a bit of an episode right now.

The politicians themselves, of course, have incentives to catastrophise – mostly in order to play up the danger represented by their political opponents. For instance, Scott Morrison – a man seldom given to nuance – threw the switch to catastrophe during the week and started declaring opposition leader Bill Shorten “a clear and present threat to Australia’s safety” over something to do with border security. It’s safe to say that not even Morrison believes his own catastrophisation.

Quite a lot of it is due to the media, who have to report politicians’ catastrophizing, but also have ample incentives to add their own. The dirty secret of the Australian media is that nothing very dramatic happens here very often, which means that everything that does happen must be instantly seized upon and catastrophised before it goes away and is forgotten.

For instance, one leading commentator in The Australian newspaper was declaiming at the weekend that the “ludicrous stalemate” on religious schools and LGBTIQ students exposed “the paralysis, poison and lack of goodwill in our politics”. There was “mayhem”; people left Parliament “nauseated”.

The reality in this case is that there’s a real and deep clash of principles, which is not easy to solve and about which people feel very strongly. That the Australian Parliament couldn’t fix it in a few days is hardly cause to declare our politics paralysed.

You can read about half a dozen such supposed catastrophes any week in The Australian, which has elevated itself to the position of media catastrophiser-in-chief against stiff opposition from several other outlets of varying political colours. (Melbourne’s Age held the title for years.)

And then there are quite a lot of the rest of us, who love a good bit of catastrophising and are happy to play our part in newspaper comments section, on Twitter and in casual conversation. There are concerns about the crippling of the economy by higher taxes, rising petrol prices, uneducated 10-year-olds, our missing car industry, and so much more. We love complaining about feared disasters.

Sufferers mostly learn over time to calm down, wait out their anxieties and understand how counterproductive catastrophising usually is. In our national catastrophisation, though, I worry we’re getting all of the wasting of time and energy, and none of the learning. A new survey suggests the proportion of people satisfied with Australia’s democracy has fallen from 86% in 2007 to 41% in 2018.

If we don’t find a way to stop catastrophising politics, we’re going to end up with a bunch of voters who think that democracy is hopeless and they should try something else. That probably won’t end well.