Liberty and equality for all? Sure, but what’s happened to ‘old-fashioned’ respect for your boss and the business? 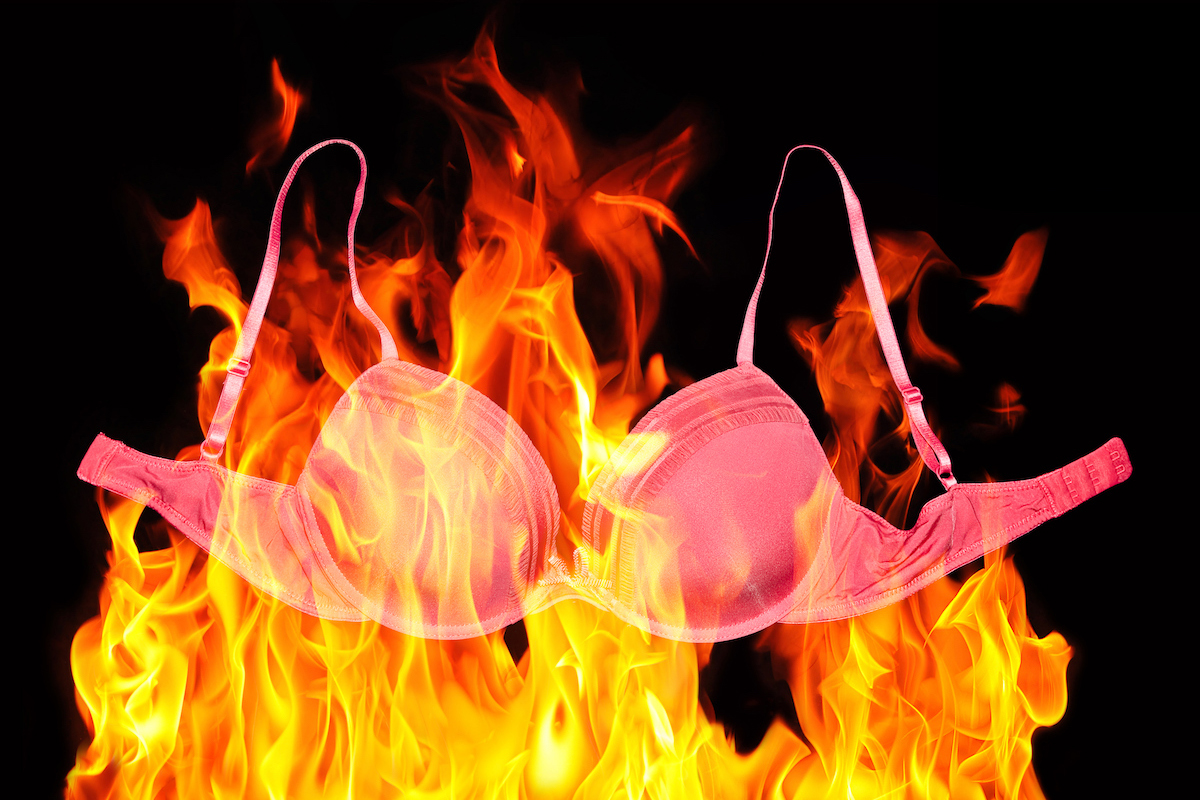 Apparently, it’s a trend to go braless. I’m talking about women, of course, just in case you’re confused about which gender does what these days. But at the risk of stereotyping and possibly offending the sensibilities of our cross-dressing friends, men have been going braless for centuries. They don’t need to secure their wobbly bits. Well, at least not on top.

But now, in the name of equality, women are letting loose and setting the girls free. It’s nothing new, of course. Feminists ditched their bras in the 60s, declaring their independence. Men don’t have to wear bras, so why do women?

A Canadian waitress thought exactly that after being sacked from her job at the Osoyoos Golf Club for refusing to wear a bra. Christina Schell, who began working with the club in June, took umbrage when she was issued an updated dress code stating women waiting tables outside had to wear either a tank top or bra under their uniform shirt.

The updated code was in response to customer complaints over her fight for freedom stance. Clearly, no one had ever thought to include a bra as part of the uniform before. It was probably assumed to be obvious.

However, 25-year-old Christina had stopped wearing bras a couple of years ago because she found them ‘horrible’. Apart from that, why should she!

“I have nipples and so do the men,” she declared.

A genius observation. Unfortunately, not so genius when you compare the swinging dynamics of male and female breasts. What Schell also refuses to observe, in her protected, self-indulgent bubble of a world, is the respect required for her employer. And that includes wearing the uniform your job requires. It’s not as if she didn’t have options; bralettes, bodysuits, crops, tanks and even a bikini top are all acceptable alternatives.

But oh no. She’s taken her outrage to the British Columbia Human Rights Tribunal squawking discrimination. Naturally, this has triggered the lawyers to line up and add their multiple thousands worth, pontificating that under the tribunal’s code it could be seen as discriminatory to dictate the underwear of one gender and not the other. It begs the question as to whether the female lawyers spouting the undies rule would dare turn up to court not wearing bras. I doubt it.

There are two interesting dilemmas at play here. First, the dress code for the golfers at the Osoyoos Golf Club. It’s clear.

Appropriate golf attire is required, with shirts and shoes worn at all times. Sound judgment is expected with regards to the appropriateness of member and public apparel.

Not permitted: athletic gym wear, beach wear, short shorts, cut offs, halter tops, tank tops and tube tops. Pro Shop staff, Starters and Player Assistants are empowered to enforce the dress code. Players not complying will be asked to change, or will not be allowed to tee-off.

So why can’t a code be enforced among its employees? Asking a female to wear a bra is not unreasonable. Particularly if she’s not built like Twiggy who, while perfecting the androgynous look more than half a decade ago, did get away with going braless.

The second dilemma surrounds Schell’s determination to have the same rights as men when it comes to underwear. So, let’s turn this around. Think men in shorts. Now, think men forgoing underpants. Imagine the swing. And I’m not talking about the golf clubs.

Employers should retain the right to enforce rules at work. Be it a dress code or any other reasonable demand. If you don’t like them, leave.
Time to get over yourself, Schell. Lift your game and go get a job somewhere else. Oh, but best not to try Hooters. Their girls are required to wear bras. It’s the rule.