The Victorian premier said he was going to make big projects pass tough tests. Now he wants no tests at all on the second-biggest infrastructure project in Australian history. 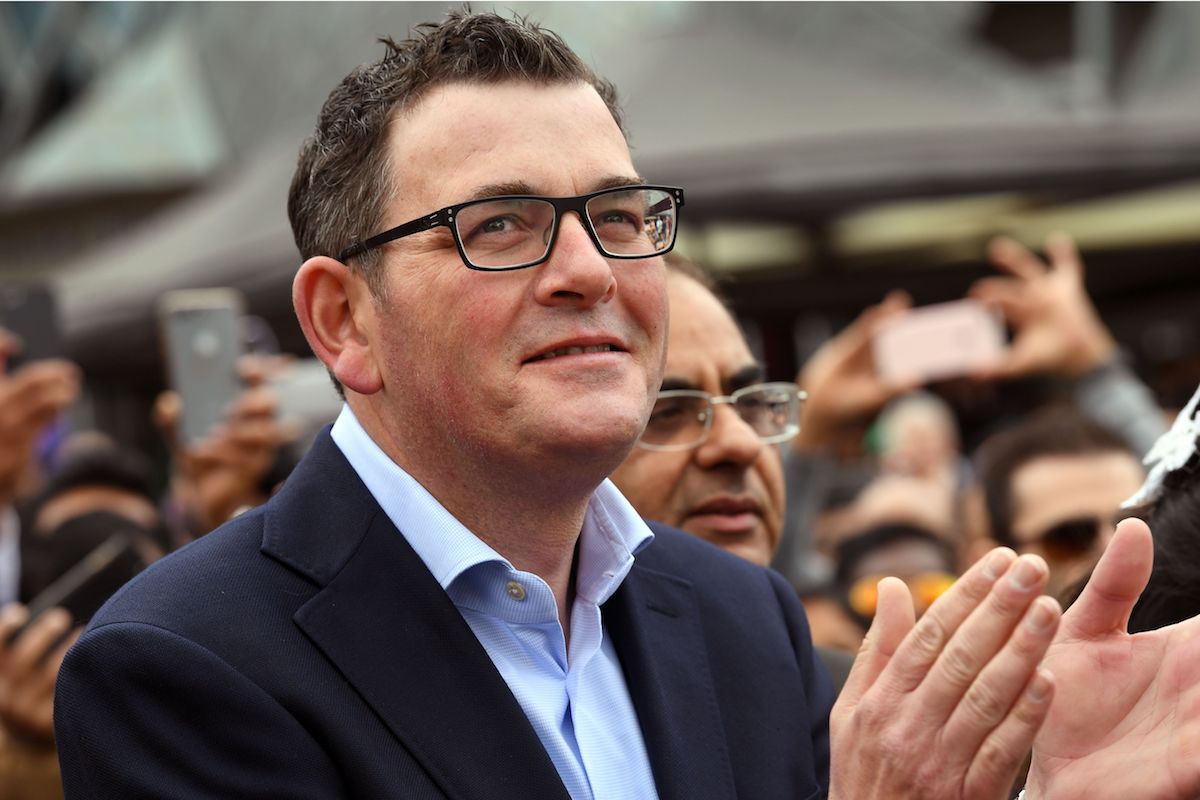 Who knows? Maybe Victorian Premier Daniel Andrews started out trying to do the right thing. But with an election coming on 24 November, he just couldn’t stick to the rules he made.

Last week, with the polls running just 51–49 in his favour, Andrews announced out of nowhere that Melbourne would have a massive new rail project – a rail tunnel running in a half-loop from bayside Cheltenham to Glen Waverley, Box Hill, and Tullamarine and then out via the newly announced Melbourne Airport rail link to Werribee. That route runs through or near quite a few marginal state electorates.

It’s a project that almost no-one had ever even discussed before last week. No-one had talked about it partly because it looks so unlikely – a high-cost tunnel to connect a bunch of mostly low-density, middle-ring suburbs. It had also never been studied officially, apart from work of unknown scope done quietly in the past year by consultants Aurecon and PwC, working with government property agency Development Victoria and Rail Projects Victoria.

And the new loop’s announced cost estimate of A$35 to A$50 billion makes it Australia’s largest public transport project and second-largest infrastructure project ever. It’s almost as big as the national broadband network – and all in one state with less than a quarter of the national population. At that scale, if it turns into a white elephant it could hobble the state’s finances for decades.

But so far the idea seems to be hugely popular with Victorians. Tweeted one professional urban planner after Andrews touted the project on ABC Radio: “If the calls and texts are anything to go by, it’ll be Emperor Andrews after November.”

The rule Andrews made

Back in 2014, when Daniel Andrews was still in opposition and campaigning against the Coalition’s planned East-West link – a questionably timed inner-city road-and-tunnel scheme – he was keen to set up an independent infrastructure adviser to assess future projects. That seemed like a terrific, forward-thinking idea. Experts like Bent Flyvbjerg, the leading global thinker on infrastructure “megaprojects”, had already detected a worrying tendency for politicians to wildly overplay benefits and underestimate costs. And the federal government had already set up Infrastructure Australia to scrutinise federally funded projects.

As a still-new Premier in June 2015, Andrews kept to his word and created Infrastructure Victoria to “take short-term politics out of infrastructure planning, and keep our pipeline of major projects full”. The new body would be tasked with “ensuring Victoria’s immediate and long-term infrastructure needs are identified and prioritised based on objective, transparent analysis and evidence” to “prioritise the projects that deliver the best results”. He declared: “We won’t ask Victorians to support dud, last-minute plans for projects that don’t stack up.”

So a project like his own A$50 billion rail line is an absolute certainty to get Infrastructure Victoria to examine before the government really commits to building it, right?
Well, whatever made you think that?

It turns out that like the famous Pirates’ Code, the whole independent assessment thing is at best “more what you’d call ‘guidelines’ than actual rules”. Infrastructure Victoria was not called upon to make any assessment before the government locked the project in, and Andrews has shown no desire to have the body’s expertise anywhere near the thing.

Interviewed by Jon Faine on ABC Melbourne radio 24 hours after the announcement, Andrews was adamant the government was already committed. Indeed, he seemed mystified that anyone might want to get Infrastructure Victoria’s view before committing to the second-largest infrastructure project in Australian history. “Infrastructure Victoria don’t have every good idea,” he said, sounding miffed to be even asked about it. “There’s no question that this absolutely stacks up.”

Meanwhile some experts were saying exactly the opposite: this doesn’t stack up at all. Noted urban planner Alan Davies, who has written brilliantly for many years about Melbourne’s transport issues, gave the plan both barrels: “The real benefits look very modest in absolute terms and positively miniscule relative to the massive cost. The claim that there’ll be 146 million trips on the line in the year it’s fully completed is implausible; it would do Trump proud.” He also called it “cynical, self-serving and massively wasteful”.

But since no-one ever suggested the whole weird thing before, there is, as yet, not a single formal study analysing it. So there’s no calculations to say it won’t work.

A year to go

And there may not be many calculations for a while yet.

For a start, it turns out that there’s no actual law that Infrastructure Victoria has to assess any infrastructure right away, no matter how big. Its legislation says that it can look at a project anytime – but only if the government asks it to do so. Otherwise it’s restricted to putting assessments in its updates to its 30-year infrastructure strategy. The updates happen every three to five years. The next one isn’t due until late 2019 or even 2020.

It turns out that Andrews’ 2015 law isn’t as good as it might have looked.

Now, the Victorians will also want federal money pumped into this project, and at some point the Victorian government is supposed to submit a business case to Infrastructure Australia, which will decide whether it’s worth supporting. That would produce some calculations.

But the Victorian government doesn’t have a business case to send to Canberra yet, and certainly won’t have one until next year at least. And the federal government, with a bunch of marginal electorates of its own on or near the route, is unlikely to want to start opposing the project this side of its own election campaign.

So Infrastructure Australia, no doubt as surprised as anyone about this strange new project, is unlikely to deliver any verdict before at least late 2019. And the federal government is unlikely to initiate its own study.

Eventually, the Victorian government will almost certainly face a couple of independent reports saying its A$50 billion rail megaproject is a dud that doesn’t stack up – just the sort of project that Andrews swore in 2015 that he was going to stamp out.

But those reports won’t come before the 24 November Victorian election. Daniel Andrews may have broken the very rule he said he’d made, but he’s safe for now.