Don’t want to talk to the boob

Wendy Kay spells out why bouncing and bobbing around in the office with the girls on display is not okay. 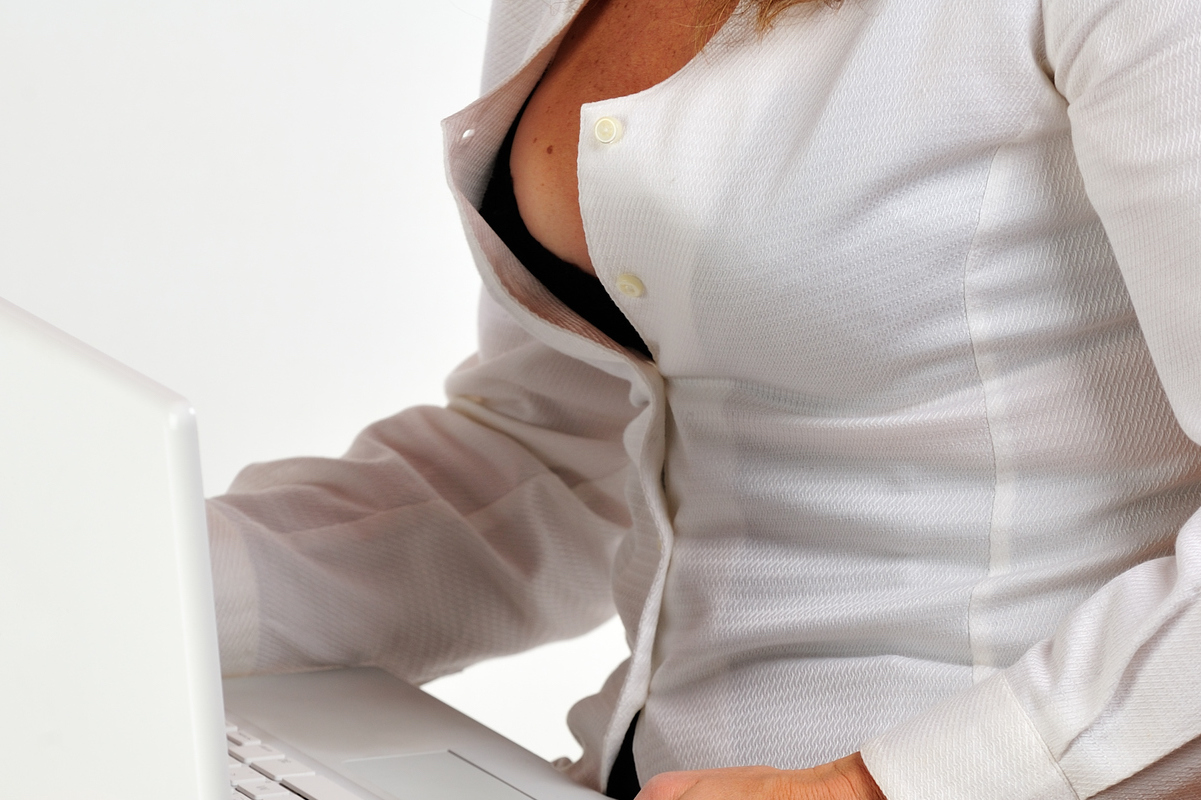 I know it’s summer. I know it’s hot. I understand it’s party time and I realise that less is often more. But ladies, it’s time to cover up.

It’s time to put the boobs away and bring them out only after hours. No matter how delightfully they are presented, no matter how much that splash of racy lace sets them off, they don’t belong out and proud in the office, and definitely not in the boardroom.

Call me a fuddy-duddy, shout that I’m sexist, scream that I’m being discriminatory, I really don’t care. Bouncing and bobbing around in the office with the girls on display is not okay. Just as it wouldn’t be okay if the office hunk decided a singlet was in order and we were forced to sit opposite sprawling forests rivalling the Amazon.

I’m the first to admit that at my middle age it’s best to keep the girls restrained, probably best hidden in fact. My days of Wonderbras are long gone, replaced by sensible undergarments required more for support and comfort than show. However, even when I was younger, and probably more alluring, as a young cadet representing a newspaper in the 70s, the last thing I needed was to put the boobs on display. Sexual harassment was rife, and no further encouragement was needed.

I’m not talking about a hint of décolletage, that’s fine. But when the boobs are busting out, or worse, sagging sadly into a low-cut bra, peeking out from a low-cut top, like it or not, they’ll attract more attention than anything intelligent you have to say.

Just the other day, a senior manager asked for advice about how to tell a junior staff member to dress more appropriately for the office. She was working up the courage to say something, realising she was damned if she did and damned if she didn’t.

Apparently this delightful and very attractive young lady was turning up to work in skirts just skimming her bottom and tops just scraping her nipples.

“She dressed more for clubbing than work,” my friend lamented. “Everyone is talking about her, but I’m reluctant to make an issue in case she’s offended.”

And therein lies the dilemma. It appears that no matter how inappropriately dressed this young lady may be in the office at 8am, management is concerned about potential offence, whereas I’m damned sure they’d be lining up to pull the blokes into line if they arrived in jogger shorts and a tank top.

The fact is that employers are entitled to set uniform standards for the office and the earlier it’s done the better, particularly with younger staff. They need to learn from the bottom rung how to dress for success, not to impress. If the CEO, or immediate manager, is not setting the standard, they must rise above it and set their own.

Let’s face it, the choice between promoting someone dressed with class and chic and someone dressed in barely there’s for a night club is a no-brainer for a boss with brains in the right place.

As a CEO do you have dress code in your organisation? Is it important? As an employee would you be offended if told to dress more conservatively? Why? Let us know what you think.