European culture as explained by Eurovision

Australia, you have my permission to keep appropriating this amazing annual competition, says Jennifer W. Neal. 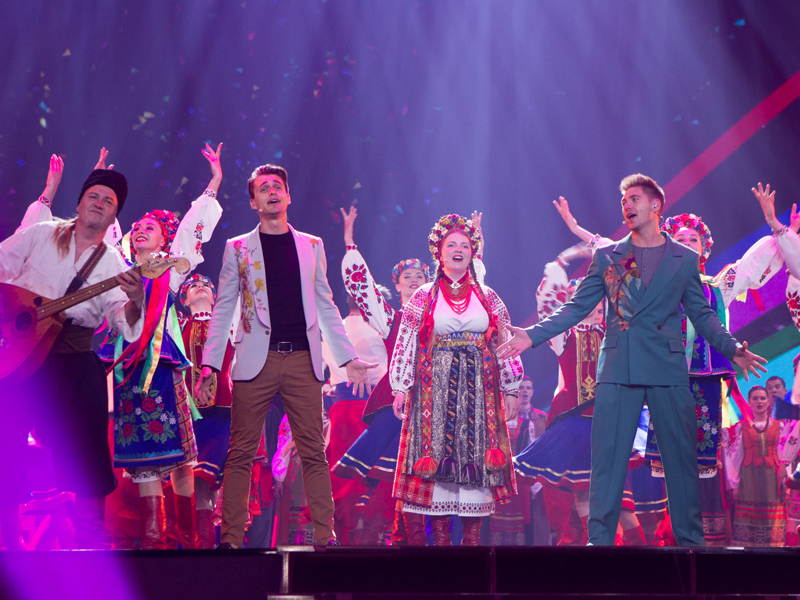 It’s nice to forget, if only for a moment, that we have been comfortably resting on the precipice of World War III since 2017 began; and focus instead on glittery outfits and badly re-enacted romances between contestants who come from countries that have a history of… well… trying to kill each other. Every year, the annual song competition reminds us that our differences lie not in our foreign policy, but our ability to harmonise notes to a panning background shot of a tacky tourist attraction (I’m looking at you, France).

We may not all agree on austerity measures, but we can all agree that Portugal’s win is one of those ageless mysteries that will continue to confound educated minds – like why everyone keeps saying Ryan Gosling is a great actor – until the aliens finally hit the reset button on this crazy game called Earth.

Some things are not a mystery though. It’s no secret that the singing competition is extremely political. Just ask Russia, who protested the location of this year’s event (Kiev) by abstaining altogether. That’s probably why the judges voted for Portugal, instead of choosing another queer, bearded or otherwise revolutionary contestant from a country Putin has partially annexed – there was less incentive to infuriate him in his absence.

For the countries with performers in this year’s competition, each performance gave subtle insights into the culture of each nation. And it was so much better than year 10 world history.

The theme of this year’s event was Celebrate Diversity, which makes total sense because they got three white guys, one of whom doesn’t seem to know the difference between Hungary and Romania, to host it.

Say hello to Alex, Vova and Timur! Your hosts for the Grand Final of the #ESC2017! #CelebrateDiversity pic.twitter.com/gUbIBDZfSg

Belarus’ incestuous Jack-and-Jill sibling performance made me believe in love again, and therapy. Croatia’s contestant basically sang a duo with himself, proving that confidence is indeed the domain of mediocre white men everywhere. Azerbaijan and its weird dark horse theme killed the whole show.

And if your life wasn’t changed by the expert rap-yodeling of Romania, then I just feel sorry for you.

It’s true. Europe (and Australia) are indeed full of diversity.

I confess that I’m bewildered over Australia’s involvement. It’s not a European country, it’s not even a Middle Asian country; it’s as far away from Europe geographically as its policies on marriage equality are from the 21st century. And what makes that observation especially gratifying is that Eurovision is like gay church for Protestants. I know Australians fancy themselves the abandoned stepchildren of Europe, but the comparisons stop at fancy coffee and cake.

I suggest that if Australia wants to keep participating, they make efforts to assimilate to the culture they want to enjoy. Legalise marriage equality and assisted euthanasia, criminalise hate speech, get better at recycling (and stop killing the Great Barrier Reef) and stop the torture and illegal imprisonment of refugees.

And if we can’t do that, then we should stick to X Factor and MasterChef.