FIRED for correcting spelling. Say what??

An employee of a school in the US has been dismissed from her job for helping a student with his spelling, which is nuts, writes Chris Dutton. 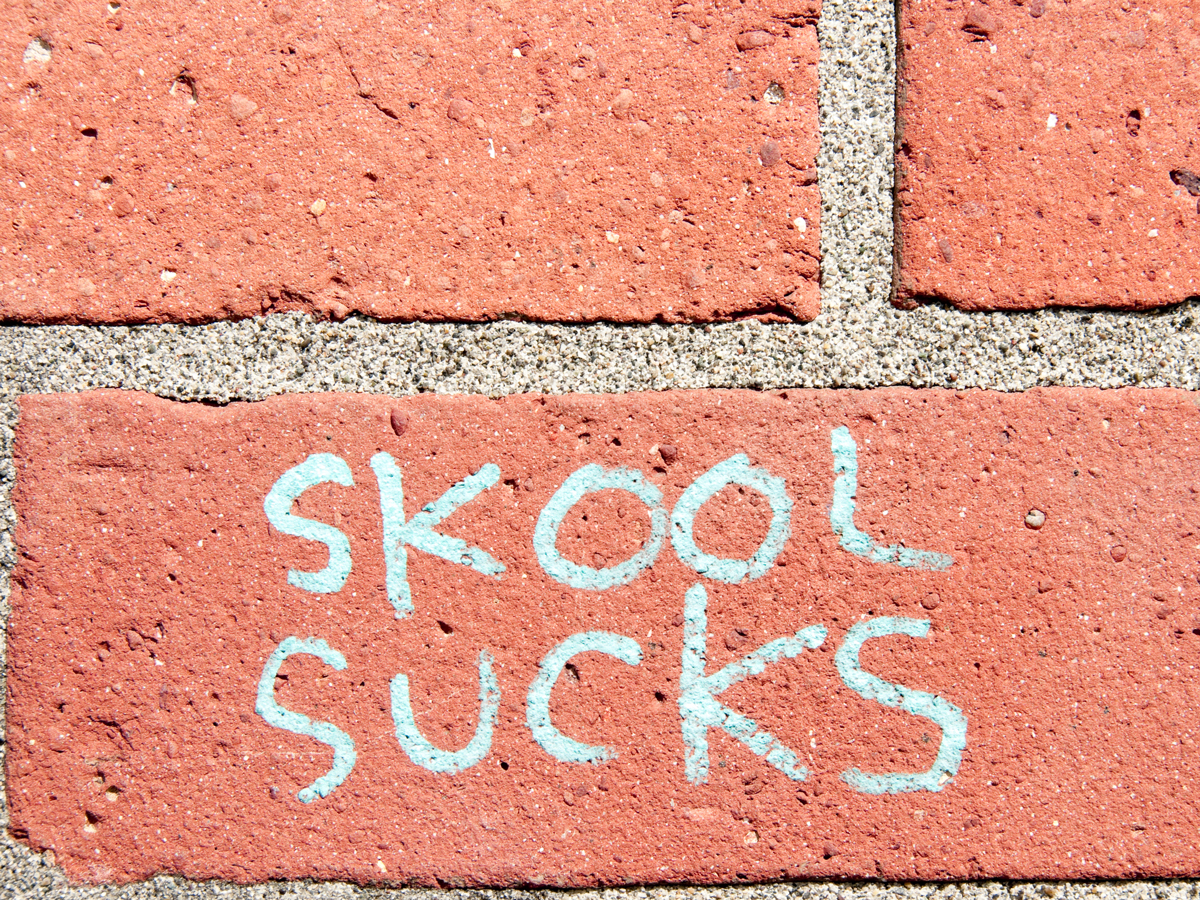 The incident happened on 5 January when a student tweeted to the school’s Twitter account, @FCPSMaryland, asking for the school to close “tammarow.” 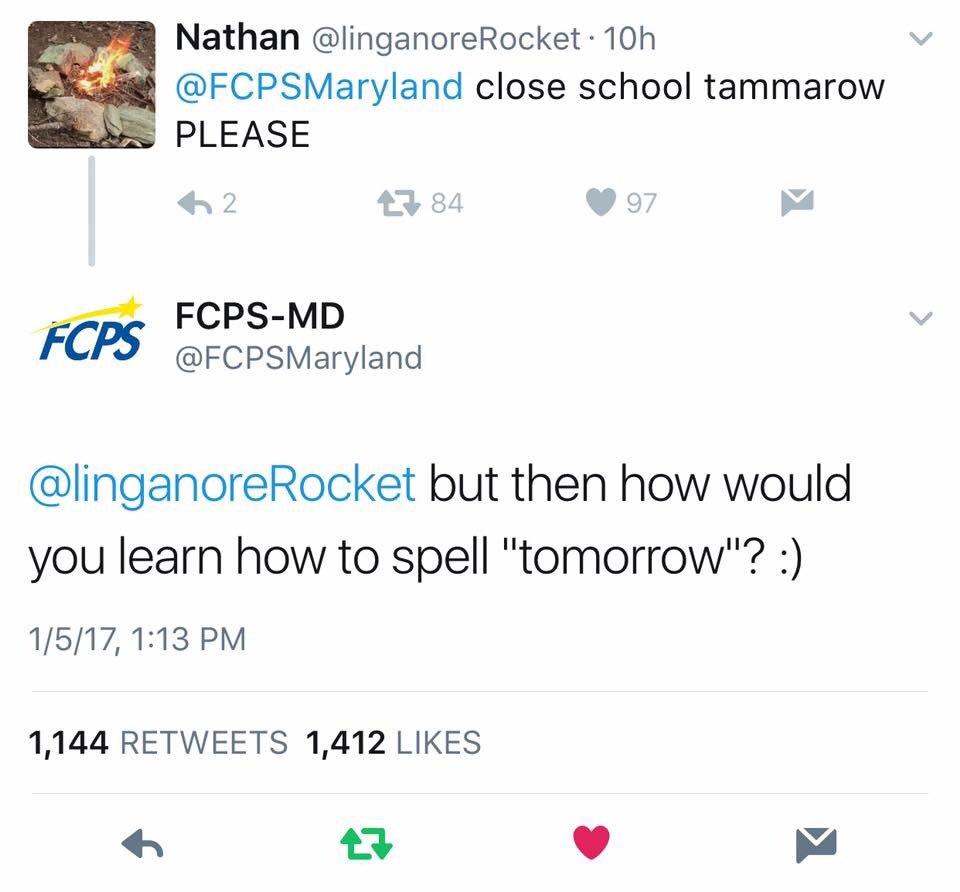 Nash, who was the social media manager for the school, wrote in response to the request from the cheeky student: “But then how would you learn how to spell ‘tomorrow?’ :)”

The response from Nash’s FCPS tweet collected more than 1,000 retweets and 1,000 likes, and Nash herself became the subject of a new hashtag, #KatiefromFCPS. A second popular hashtag later appeared, #freekatie, after a report from local TV station, WHAG-TV, that Twitter access had been taken away from her.

She was summoned at approximately 2:30pm on Friday 6 January and was given a letter to inform her that she had been terminated. A Frederick County Public School System spokesman told the Frederick News Post that they had let Nash go, however he declined to comment on the case in detail.

“As a new employee, I think I sort of would have expected that there would have been some counselling or some suggestions on how to improve,” Nash said.

Defiantly, Nash said there was never a conversation about what the tone of the social media account was to be. 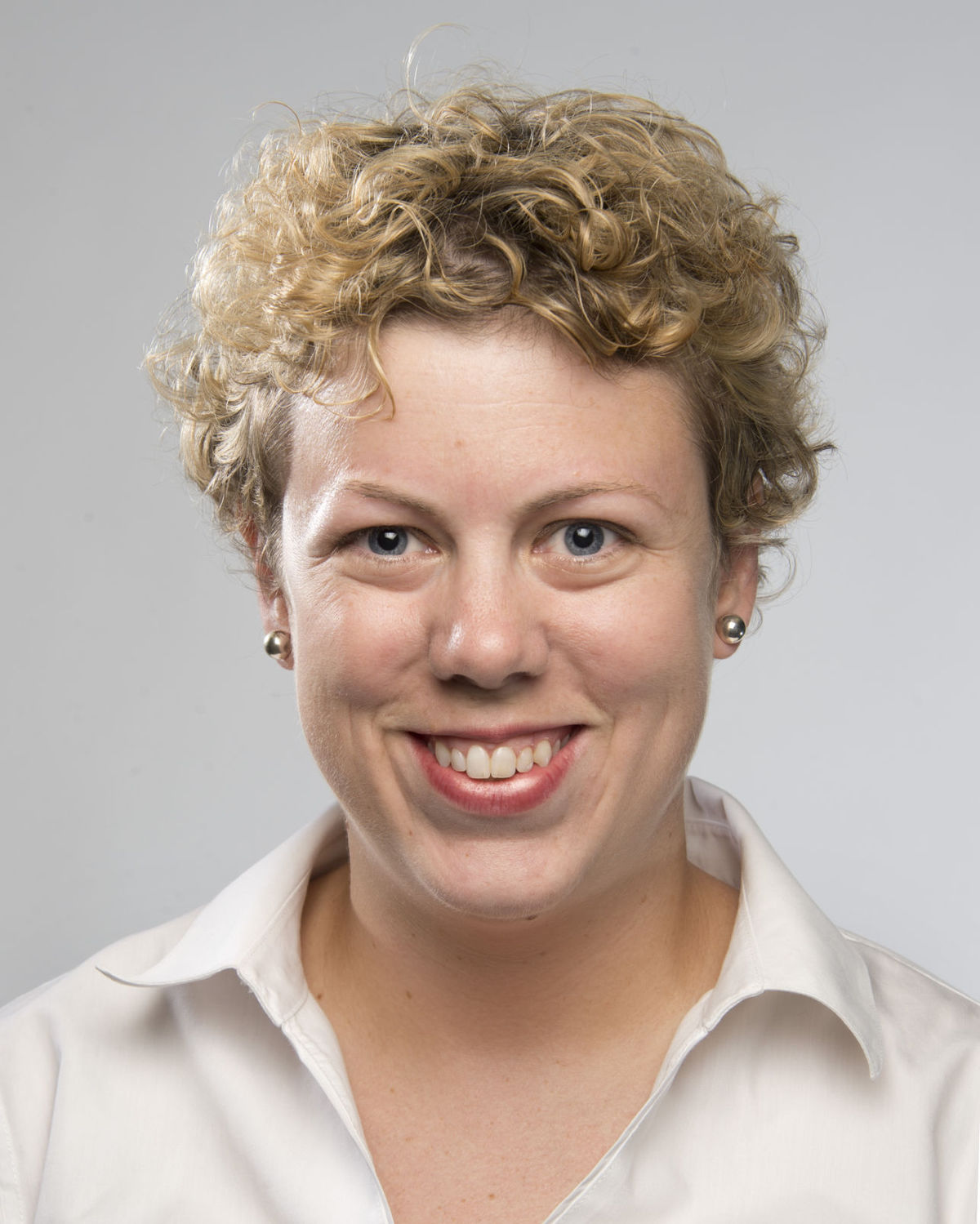 “Any social media manager is looking for increasing engagement, and that’s sort of the expected parameter,” she said. “I think a conversation about how we engage with students would have been completely appropriate and I would have welcomed that.”

How absolutely pathetic that a school can somehow find a reason to dismiss an employee – whose job it is to engage with the students on social media – for actually helping a student learn to spell? What would’ve happened if she’d ignored this grammatical error from student Nathan? Judging by the school’s harsh, irrational, and nonsensical way of dealing with this, she would have probably been stoned to death for not helping.

I mean, the world is literally going nuts if things like this can be allowed to happen. Katie Nash – mother of two – and employee of a good school in the US, was fired for correcting a student’s spelling. It’s bonkers and the school should not be allowed to get away with it.

I encourage readers to share this opinion piece to spread the word, and also to underscore the damn fine job most teachers around the world do.

Pity the same can’t be said about the board members of some schools.