Why I am not joining the big pronoun movement

As an authority on leadership, gender and inclusion, Dr Karen Morley will not be taking up the corporate world’s big pronoun push. Here’s why she believes pronoun labels will eventually fail women. 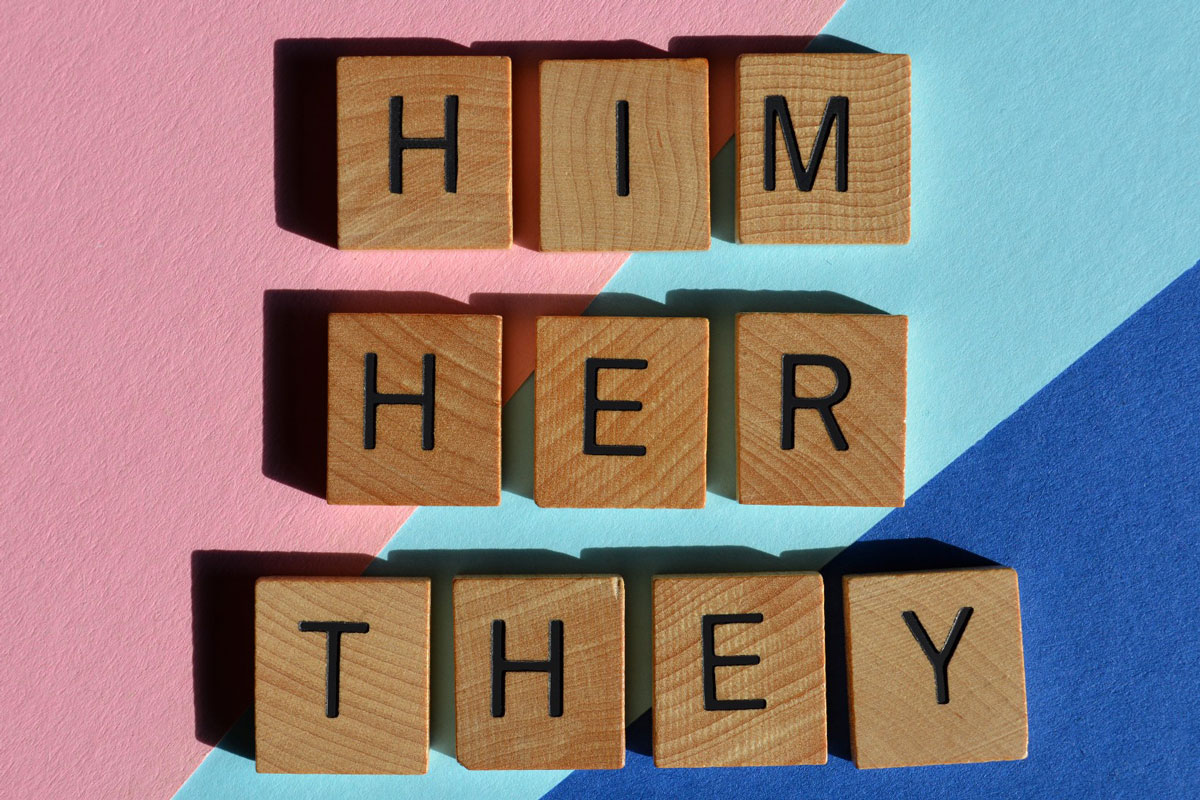 In corporate life, signalling you are female is well-known to have negative consequences for careers in leadership and other non-traditional areas. Numerous studies of job applicants show that even with the same qualifications and experience, as the seniority of the role increases, so too does the likelihood that a man will be selected.

In a survey that I conducted several years ago on behalf of Insync Surveys and Hays, respondents were invited to say whether they would interview a job candidate. Two candidate profiles were used, with their name the only difference. The candidate was either Susan or Simon. The bigger the business, and the more recruitment experience the respondent had, the more likely they were to decide that Simon was the better candidate.

Numerous research studies find the same bias. Signalling other demographic qualities, such as race, sexuality, ability or neurodiversity has the same effect.

The surge in pronoun labelling has left me in a quandary. It’s designed to help people signal their preferred gender identity; it’s important that people are recognised for their gender identification, without having to explain themselves. I fully support anyone who wants to identify through pronoun labelling, or indeed in other ways. We can all be much more sensitive, not make assumptions and discover others’ preferences.

However, I think that the push to use pronoun labels fails women – surely that is an unintended consequence. I believe that it is reinforcing binary gender stereotypes. By promoting the pronouns as labels, we signal gender and increase the likelihood of evoking traditional stereotypes. We undo decades of work designed to balance opportunity.

“When we signal ‘he’ or ‘she’, we evoke these associations. That’s why there are biases in our selection of candidates and other decisions about who fits where.”

One of the major impediments to gender equality is traditional gender stereotyping. Gender stereotypes that associate women with kindness, caring, weakness, nurturing and supporting, and men with dominance, boldness, brilliance and agency, guide our expectations of what women and men can and should be.

When we signal ‘he’ or ‘she’, we evoke these associations. That’s why there are biases in our selection of candidates and other decisions about who fits where.

Organisations are increasingly seeking to debias job applications and other evaluative processes by using blind automations. Johnson & Johnson, for example, which fields about one million applications for 25,000 jobs each year, uses an automated writing service to debias its job ads. The company found that its ads were skewed with masculine language and disproportionately valued masculine characteristics. Removing gender signals helped to increase the number of successful female applicants.

It’s not just decision-makers who are affected by these stereotypes. Women are too, for example, when filling out forms that require them to tick a box to identify their sex. Just this simple behaviour of reminding you of your gender before you take a test can create identity threat, which increases anxiety and decreases performance.

They/them may seem like a more appropriate set of pronouns for women and men who want to avoid gender bias, yet for trans people, they/them denies how they choose to refer to themselves. We can’t assume that what works for one group of people works for another. Gender signals are important for trans people, who may have had to fight to have their gender recognised, and that’s what’s behind this current push.

The gender pronoun labelling approach gives power to the person to choose the pronouns they prefer and to signal them to others. If it’s important to people to use a pronoun label, the signalling has value for them. But women beware: using pronoun labels may backfire by inadvertently evoking stereotypes that impede your progress.

Pronoun signalling is also seen as a show of support to trans people. I’m committed to doing that in other ways. As an inclusionist, I commit to referring to people in ways that fit with their identity, and I’ll try not to make assumptions. I’m happy to take feedback – I don’t always know what I don’t know, and while I don’t intend to be biased, there are times when I am – call me out!

Overall, I’m working towards a broader, more inclusive approach that supports all people to feel accepted and included at work, where a safe culture welcomes everyone, fosters belonging, allows people to express their identify and welcomes diverse perspectives.

Dr. Karen Morley is an Executive Coach, an authority on leadership coaching, and a thought leader on gender and inclusion.

Read next: How women can avoid more double penalties at work