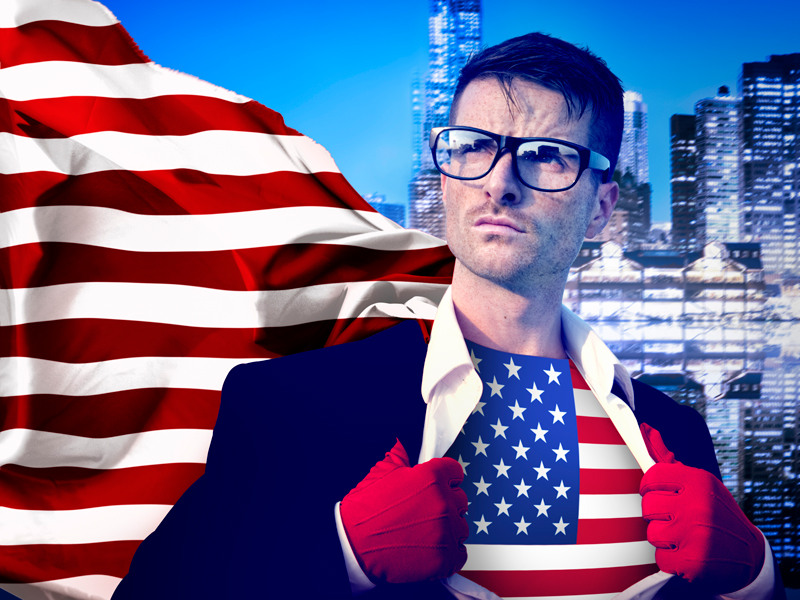 There once was a time when that thing up in the sky, being neither bird nor plane, was probably Superman. That time has passed.

Today, it could be anyone, the heavens darkened by a plague of airborne mutants jostling for space in Hollywood’s superhero culture. According to the Internet Movie Database, this century alone has given birth to no less than 50 cinema-release superhero films, and that’s not counting animated features and straight-to-DVD bombs.

No doubt, advances in CGI technology have been conducive to the chaotic laws of physics the comic book universe demands, but that goes only so far in explaining why superheroes, who’ve been with us since the 1930s, have suddenly become such a cinematic juggernaut. A look over the last 80 years suggests fear and faith might be driving the engine as well, that the popularity of the Hollywood superhero is, in fact, inversely proportionate to the American public’s confidence in its political and military machine to deal with the threat of the day. 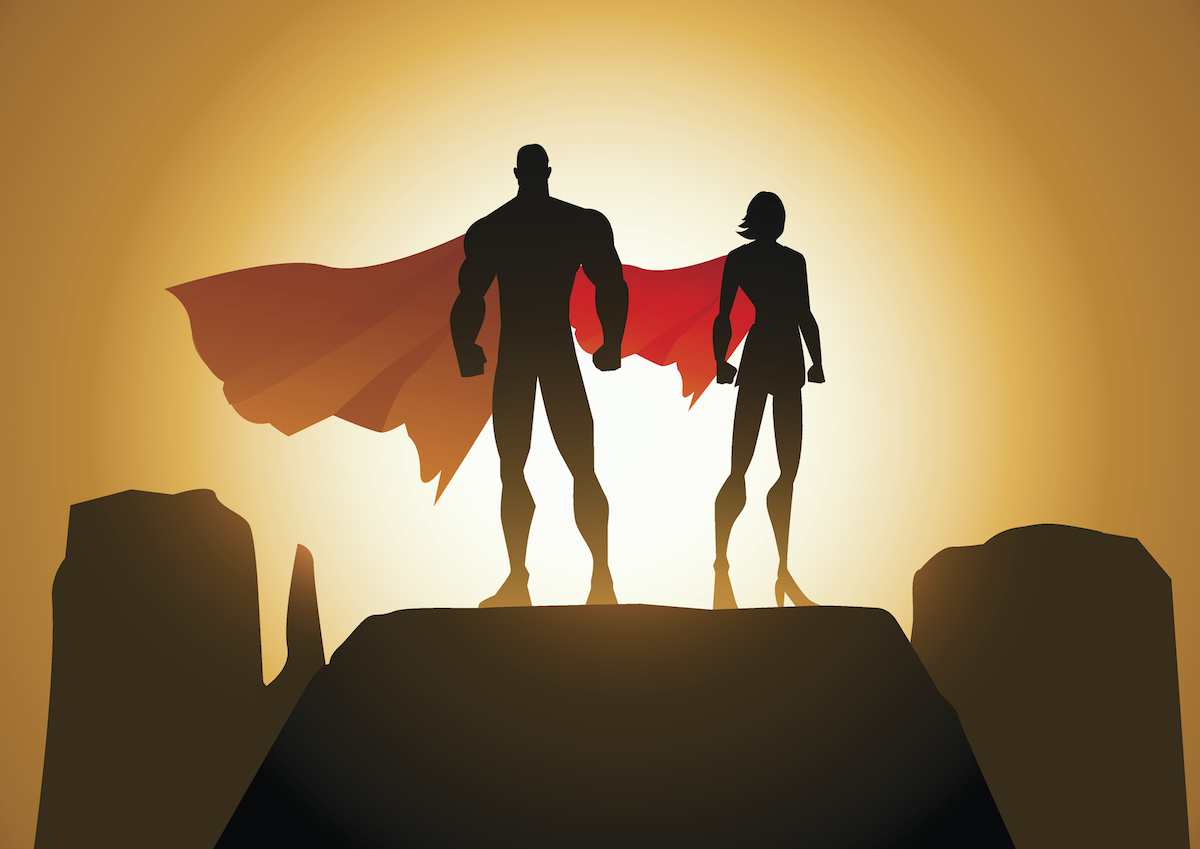 If this is true, it might also provide an answer as to why America made such a striking decision in November, 2016.

The United States was only taking her first uncertain steps into the Second World War when the prototype superhero, Superman, debuted on cinema screens in a series of animated shorts. Reflecting post-Pearl Harbour anxieties, an episode entitled “Japotuers” (screened September 18, 1942) featured a clutch of Japanese spies hijacking an aircraft with a view to wreaking havoc on the city of Metropolis. In a scene eerily similar to what would actually occur in New York almost exactly 59 years later, the plane was steered in a dive towards the skyscrapers of the city, disaster averted not by the military, which was yet to prove itself in Europe and the Pacific, but by a freak with “powers far beyond those of mortal men”.

The feared invasion never came, America conquering her enemies on battlefields far away, her heroes not comic book fantasies but men of flesh, blood and West Point courage – Patton, MacArthur and a guy called “Ike”, whose bald innocence of politics proved no impediment to him marching from the battlefield to the White House in 1953. Faith in the military had never been stronger.

The war years had seen superheroes spawning like roaches in the fringe culture of comic books, but the victorious have no need for make-believe champions, so mainstream America was officially encouraged to ignore them. The second year of Eisenhower’s presidency saw the opening of the Senate Subcommittee to Investigate Juvenile Delinquency (Comic Books), which concluded that it was “injurious to the ethical development of children” to tell stories in which “law and order are maintained by supernatural and superhuman heroes, and officers of the law, ineffective in apprehending criminals, must depend on aid from fantastic characters”. The Subcommittee warned that its investigation into comic books was “only one part of its investigation into the mass communication”.

With the spectre of McCarthyism looming large, Hollywood got the message, and the next few decades saw “hero” status reserved for GIs of the military, the “G Men” of the FBI and the John Waynes of the subjugated Western frontier. Meanwhile, in Japan, where the military had been humiliated completely out of existence, the most popular post-war figure of any medium was Astro Boy.

It wasn’t until 1974, as the American military was pulling its bruised and bloodied nose from the fiasco of Vietnam, that Ilya and Alexander Salkind purchased the Superman film rights from DC Comics, the “man of steel” making his first post-war big-screen appearance five years later. A string of popular sequels followed, and the 80s and 90s saw Hollywood having a few fiddles with Batman. But these films were just part of American cinema’s tongue-in-cheek homage to the junk food of the 20th century, a millennial spring cleaning that saw Dick Tracy, Scooby Doo and The Brady Bunch “re-imagined” on celluloid. Nobody mistook them as meaningful.

When it came to serious action, the Hollywood heroes at the end of the American century were invariably men of the forces, battle-hardened jocks who’d mothballed their uniforms once the fall of the Berlin Wall had signalled a victorious end to the Cold War; the maverick cop, the diehard vet, the “one man” of movie trailer fame – your Willis, Schwarzenegger, Stallone or Seagal — who, thanks always to his ex-Special Forces know-how, could blow up anything from an international drug cartel to the last rotten Tsars of the crumbling Soviet ediface.

Then came September 11, 2001. Not since Pearl Harbour had American soil been so violated. This time, however, justice would not be purchased so easily, the enemy having no standing army to be crushed in the field, no nation to be nuked into submission. On that spring morning, as the military groped in the smog for someone to throttle, it was clear the game had irrevocably changed. America’s greatest threat was no longer over the ocean, but busying itself like a cancer inside her, all her generals, jet fighters and Jean-Claude Van Dammes suddenly as useless as jackhammers at a hysterectomy. People searched the skies for a hero who seemed to have never been there at all. 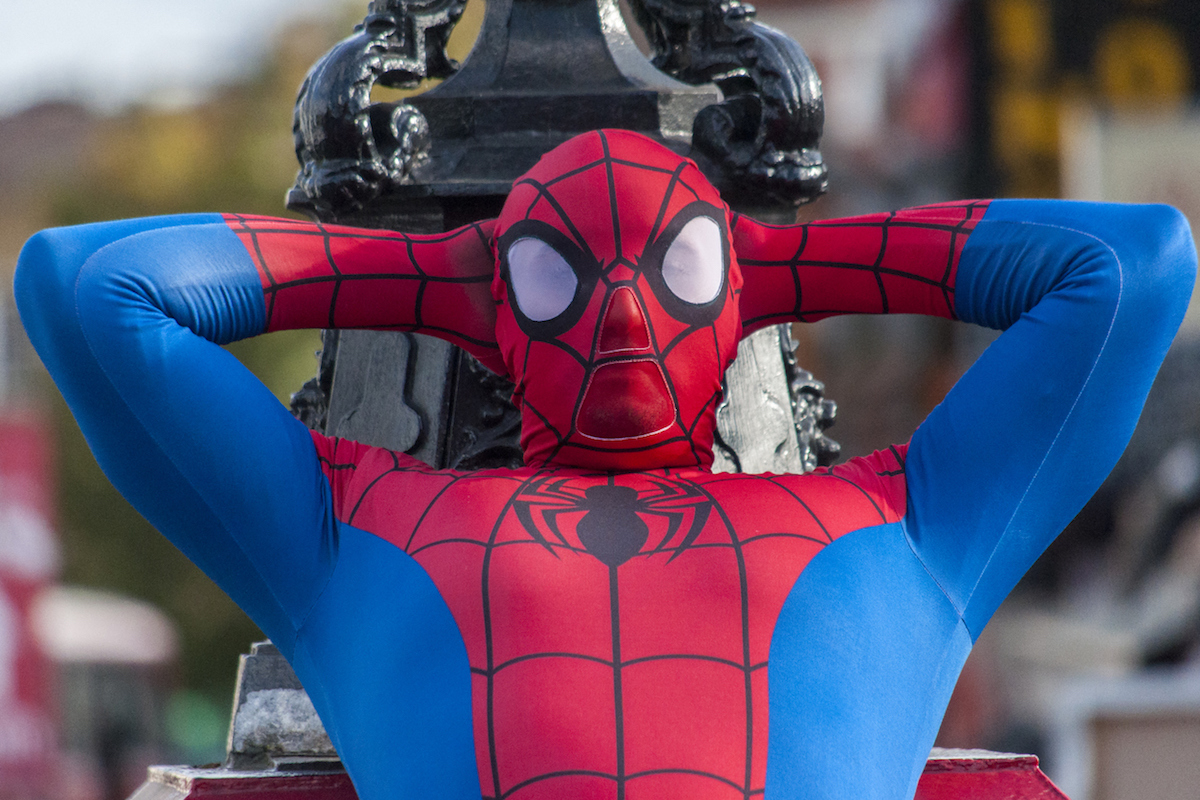 It was just an accident of timing that Spiderman (2002) was already so deep in production on 9/11 that the Twin Towers had to be digitally removed from the film (lest the mere sight of them send punters howling from the cinema). But what has happened in Hollywood since has been no coincidence. With her soldiers limping home limbless from the Middle East, the threat of terrorism lurking behind every beard and her officers of law enforcement under siege from the very public they vow to defend, America has turned her back on the establishment for heroes who are more than just men in traditional uniform — Superman, Batman, Iron Man, X Men, Watchmen, Avengers, Thor, The Fantastic Four — with more Marvel and DC films in the works than all the suicide bombers in the world could stop.

Neither camp costume pantomime nor mindless action flick, the modern superhero film is a dark and morally ambiguous affair. The boundaries of good and evil are blurred — even the heroes under siege from the government — the entire genre conjured, it seems, in an anxious War on Terror psyche. The opening minutes of this year’s Batman vs Superman feature the city of Metropolis being destroyed, in scenes that make the original 9/11 footage seem like practice runs for the ‘real thing’.

And in 2010’s The Dark Knight, Alfred, ruminating upon a villain called The Joker, might well be talking about Islamic State when he says: “Some men just want to watch the world burn.”

It might seem a stretch to suggest this same anxiety also conjured the rise of Donald Trump, but it’s as good an explanation as any. The man is a comic book hero for sure, cartoonists able to draw him in seconds without breaking line — the wisp of hair, the mouth slanted in an elliptical roar. He’s a speech balloon in which the words don’t matter, so long as they’re bold and come with plenty of exclamation marks.

He’s a billionaire, like Bruce Wayne, and he’s ugly when he’s angry, just like Bruce Banner. The first ever presidential candidate to ride to the polls with his own logo, his capital “T” serves the same heroic purpose as the “S” emblazoned on Superman’s chest. He speaks the language of the comic book vigilante; he will not, he says, “negotiate with underlings”, preferring to “crush” the enemies of America (as his “USA Freedom Kids” sang at a Trump rally in Florida back in January). He even appeared to reveal his true identity when, in a moment that went viral last year, he told a little boy in Des Moines: “Yes. I am Batman.”

But such similarities are merely cosmetic. There’s a realistic and psychological bedrock to this otherwise fanciful metaphor and it’s hard to dismiss as nonsense.

Trump, like all superheroes, is an amalgam of accidental birthright and self-propelled mythology. He owes nothing to Yale or Columbia, West Point or Capital Hill, but to an eerie magic no pundit has yet been able to predict. An alien to American politics, a freak from out of the blue, Trump’s power lies in his weird indestructibility in the face of realities that would — and has — put others to the cripple. He survived revelations of sexual misdemeanour the like of which Bill Clinton (and, perhaps, by proxy, his wife) never recovered. He wriggled out of taxation scandals that were less forgivable than those that contributed to the crucifixion of Nixon. No matter what anyone throws in his way, Trump, like The Incredible Hulk, just dusts himself down and surges forward. What nation wouldn’t want desert suits and soldiers to follow such a giant into battle?

Whether he meant to or not, Donald Trump turned the 2016 presidential election into a choice between Captain America and Not-So-Wonderwoman, and the plain people of the USA bought it. His blunt and unapologetically ignorant rhetoric aroused Americans who’d lost patience with strategy and diplomacy, who were frustrated by being the superpower whose hands were tied when there were so many fleas. The perceived threats to America today — terrorism, commerce as undeclared warfare, the threat of the threat of global warming — required a greater answer than the political and military establishment could provide; something miraculous, almost superhuman. History will record that the USA got what they wanted, as close to a comic book superhero as the presidency has ever been.

Meanwhile, in Australia, where the living is comparatively easy, the nation remains divided between supporters of Richie Rich and Jughead.