Improving on ‘love it or leave it’

The answer to ‘love it or leave’ is both more democratic and more patriotic: ‘make it even better’. 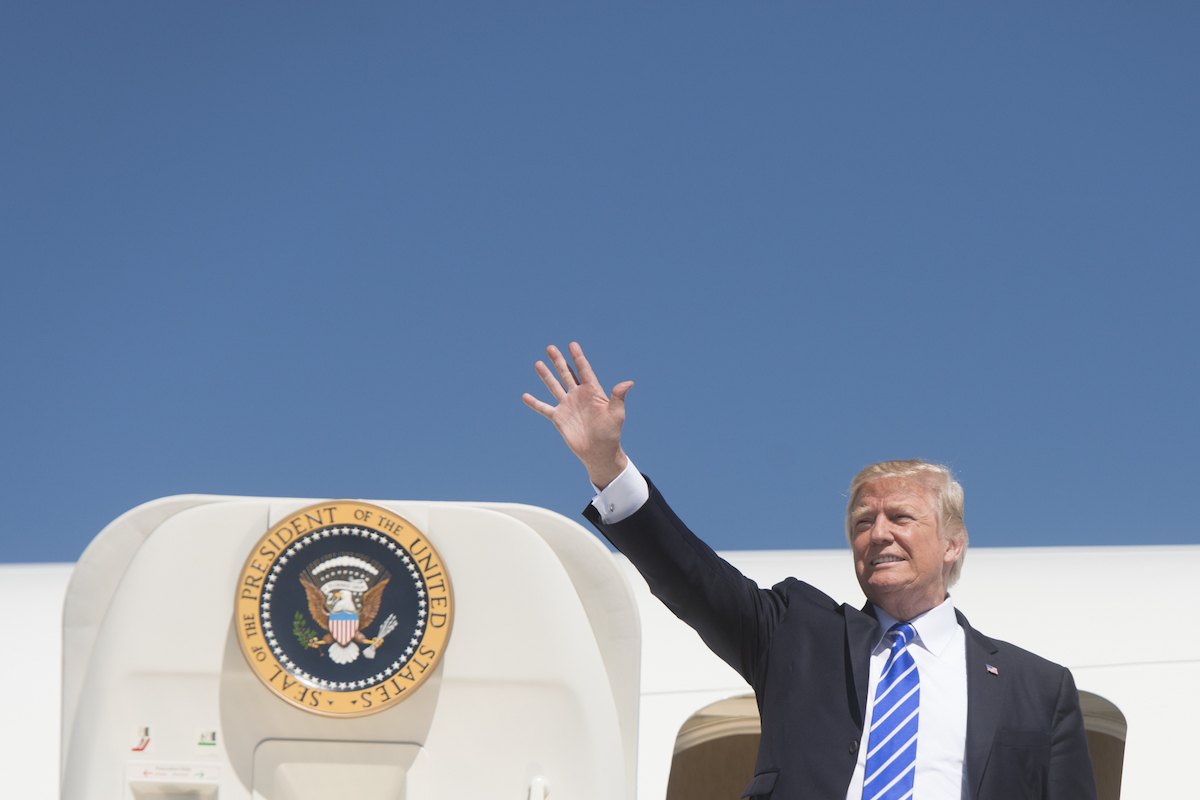 Last week, US President Donald Trump declared: “If you’re not happy here, you can leave … That’s what I say all the time.”

That call – ‘love it or leave it’ – has since been echoed by Trump’s supporters, by some Republican members of Congress, and even by a Virginian pastor who posted a ‘love or leave it’ message outside his church.
I want to leave aside for now Trump’s other high-profile utterance last week – his reference to “the countries from which they came” (three of the four are native-born). Instead, I want to examine briefly the appeal of ‘love it or leave it’, and the many explanations as to why it is wrong.

Love it or leave it: the social contract

‘Love it or leave it’ is usually a statement that the actions of the country involved – in reality, usually the actions of its government – should never be criticised. It’s popular in the US because that country sees itself as a moral champion. In a sense, for some Americans, saying “love it or leave” is saying: “don’t criticise our champion”.

It’s also familiar to many people of Trump’s vintage as a slogan shouted at US protesters during the Vietnam War. But it was around long before then. Within living memory it was reportedly a slogan of the Brazilian military dictatorship from the 1960s to the 1980s.

Wikipedia attributes its popularity to mid-century US newspaper columnist Water Winchell. In true Aussie style, a rather milder form raised its head in Australia in 2014 as a slogan printed on a T-shirt sold in Woolworths.

Its history, though, goes back to the 1600s, and John Locke’s arguments for a social contract: when you agree to live under a sovereign, he reasoned, you must agree to the sovereign’s terms. That argument was dismantled in 1748 by fellow British philosopher David Hume, who among other things wrote:

“Can we seriously say, that a poor peasant or artisan has a free choice to leave his country, when he knows no foreign language or manners, and lives, from day to day, by the small wages which he acquires?”

If you can afford to leave, these days every corner of the earth is claimed by some government. What if you can’t agree to anyone’s terms? And besides, these days the rules and rulers of most countries change regularly. Why should you be forced to move from the country of your birth, which you may love despite its occasional ill-judged rules?

Love it or leave argues that having agreed to the government’s general terms, you must support them in every detail. In essence, it says, you may not dissent.

You might think this is a somewhat odd principle to win support from Trump supporters. ‘Make America Great Again’ is a clever statement that you want to restore America to a greatness from which it has (undeservedly) fallen. But to support it, you must first believe that America is now not in its best state, and that its shortcomings must be fixed.

My impression is that many Trump supporters may believe in an ‘original’ America, which is being eroded. I suspect they want to return to the America of sometime gone by.

Nevertheless, what they end up chanting for is an end to dissent.

‘Love it or leave’ also says something worse than just ‘don’t dissent from the government’. It says ‘don’t try to improve the nation’ – that there is no way to love it and yet make it better still.

And yet ‘improve it’ is the obvious alternative to ‘love it’ and ‘leave it’. Indeed, countries need to improve. This is what champions do, from Serena Williams in tennis to Magnus Carlsen in chess: they work to get better. And nations can only improve themselves durably through open debate. Free and open speech is the operating system of society.

In denying the possibility of improvement, ‘love it or leave’ rejects the one process that democracies rely on above all others to make our countries better over time.

Karl Popper, a brilliantly practical philosopher chased out of Germany by the Nazis, called this process piecemeal social engineering. We make the place better by changing our laws and institutions, one little change at a time, revising as we go whatever doesn’t work.

We abolish slavery, tighten anti-terrorism laws, create a disability insurance scheme, and much more. That’s the American way, the Australian way, the British way, and the way of all the world’s true democracies. It’s the recipe for progress, a word today much-derided but worth defending.

If there’s a better way to build countries, that way is yet to be discovered. To be a patriot, forget ‘love it or leave’. Embrace ‘love it and make it even better’.