Indecent exposure: where are your online ads appearing?

Advertising on social media platforms is great for business – or is it? Fi Bendall says you could end up unwittingly supporting terrorists and homophobes. Imagine you’re the marketing director of a major global brand and someone tells you they came across an ad for your brand on a particularly vile YouTube channel.

You would certainly not be happy with the idea your brand is rubbing shoulders with, and even potentially providing revenue to, the likes of white supremacists and blatant homophobes.

This is what has been happening in the UK and some of Britain’s biggest and most prestigious advertisers have been pulling their advertising from YouTube, which is owned by Google parent company Alphabet, and the broader Google ad network.

A Times of London investigation has revealed ads from brands such as Sainsbury’s, Argos, and the Royal Air Force Charitable Trust have been placed in brand-damaging places, running alongside extremist videos, ranging from Islamist propaganda to pick-up artist videos. 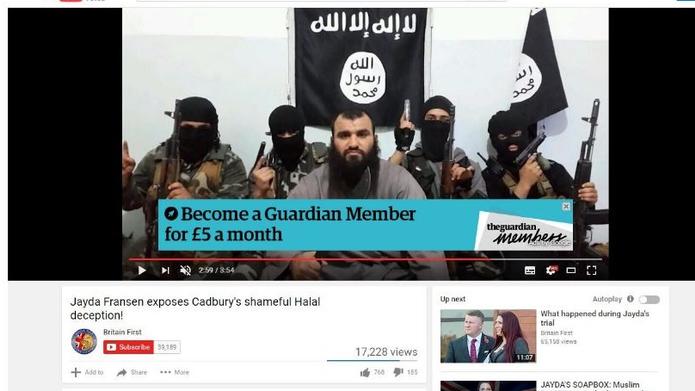 Ads for the BBC and other UK government bodies and departments have also fallen foul of the reputational damage caused by the automated ad placement on YouTube.

As The Times reports, the UK government is taking the issue seriously: “The Cabinet Office joined some of the world’s largest brands last night in pulling millions of pounds in marketing from YouTube after an investigation showed that rape apologists, anti-Semites and banned hate preachers were receiving payouts from publicly subsidised adverts on the internet company’s video platform.”

The ad boycott raises the importance of online brand reputation but also raises issues about the effectiveness of online ads; given the lack of control over where they are seen, and by whom.

This boycott and Facebook’s crackdown on fake news show that expectations and standards are being tightened up across digital advertising platforms. Both advertisers and consumers are starting to assert themselves by holding giants like Google and Facebook to higher standards.

This episode is yet another illustration of the fact that companies like the two aforementioned, as well as any other company that provides a publishing or social platform, have evolved into being more than just tech companies.

The old lines about providing a platform but not necessarily policing it just don’t wash anymore, as Sir Martin Sorrell, Chief Executive of the world’s largest advertising company, WPP, told The Times of London.

“It’s no excuse to suggest they are just digital engineers … or that their volumes are too great to monitor,” Sorrell said.

Companies and consumers are demanding greater accountability, which may end up turning the likes of Google and Facebook more into bureaucracies than innovation hubs. But this is the price they might have to pay for being the undisputed giants of their respective realms.