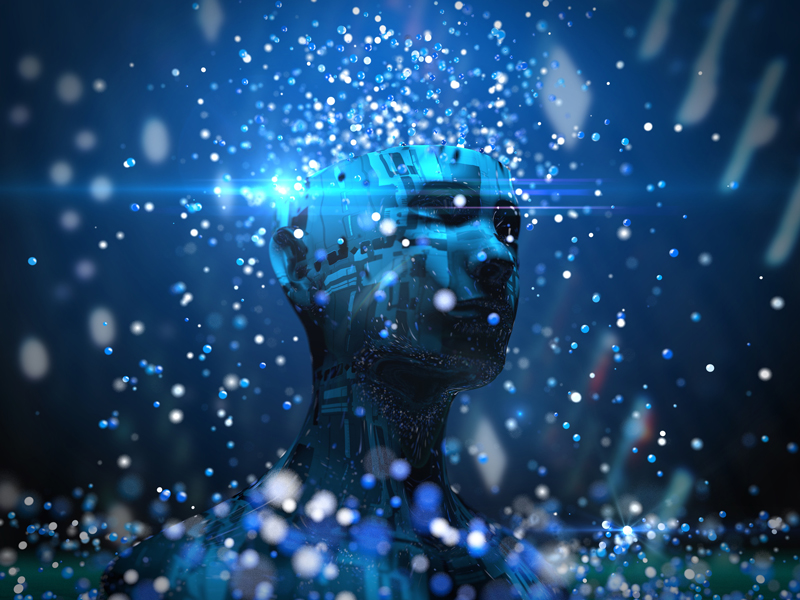 The past 2 decades of of the internet might be positively tame compared to the coming world of the Internet of Things (IoT), AI and machine learning, virtual and augmented realities, driverless vehicles and automation, blockchain and cryptocurrencies, nanotechnology, biotech, and even the possibility of regular and cheap space travel and Martian colonies.

And if that’s not enough, there’s a thing called the Singularity, which has been described as “the idea that technological progress, particularly in artificial intelligence, will reach a tipping point to where machines are exponentially smarter than humans.”

It’s straight out of science fiction but a lot of this stuff is happening as we speak and evolving faster than you might think.

All of this makes the advances we’ve seen over the past couple of decades during the online age look like a high school science experiment.

This new frontier is occupying the minds of some of the greatest thinkers in the world, including people like Elon Musk, Bill Gates, Stephen Hawking, who are all posing questions about whether AI will be salvation or disaster for humanity. It’s also attracting phenomenal amounts of funding and capital as governments and business try to get their heads around both the intended and unintended consequences all of this could bring.

One incredible example of the capital being ploughed into the task of deciphering and shaping this future is what Japanese billionaire Masayoshi Son is doing with SoftBank. Most businesses are satisfied with a 5 or 10 year plan, not SoftBank. It has launched a venture capital fund with $100 billion at its disposal to back start-ups and companies it thinks will come to shape commerce for the next 300 years. Yes, the next 3 centuries!

As it says in the “values” section on the SoftBank website: “Try hard, have fun” is core to SoftBank’s Values and the DNA of the SoftBank Group, which aims to keep growing for the next 300 years.

“Try hard, have fun” is core to SoftBank’s Values and the DNA of the SoftBank Group, which aims to keep growing for the next 300 years.

A 300-year vision for a company might seem over the top for those of us who are used to the short-term thinking encouraged by quarterly earnings reports and sharemarket floats, but it’s not that strange in a country that has some of the oldest and longest running companies in the world.

But if you think SoftBank is an eccentric billionaire’s folly, maybe the sober investment of the ever sensible Canadian government might convince you that the smart money is betting long term on tech.

In its last budget, Justin Trudeau’s government pumped C$125 million (roughly equivalent to the same amount in Australian dollars) into AI research. Canada has a strong history in AI research, even spawning what’s been dubbed the ‘Canadian Mafia’, a group of scientists who have been instrumental to the development of deep learning computing which is powering so many AI innovations. Quite a few of these Canadian scientists are now working as part of Google’s DeepMind team and DeepMind is opening a research lab in Edmonton, which will be the first it has opened outside the UK.

Tech companies like Google, Apple, Microsoft, Amazon, and to a lesser extent even Facebook, have remade not only commerce, but the world we live in over the past 25 years. These companies are now setting their sights on even bigger horizons. The internet was always very much about our relationship with the screen – PC, laptop, tablet, smartphone, Smart TV. The next phase will be about how digital shapes our relationship with the material world too.

Who knows where all this will end up. However, one thing’s for sure: if you’re not at least thinking about how these things might affect you and your business, you’re already behind the curve.