Keeping faith with the humanitarian vision of Bill and Melinda Gates

When the world appears to be a horrible place it’s important to take comfort in the optimism of the likes of Bill and Melinda Gates, writes Fi Bendall. 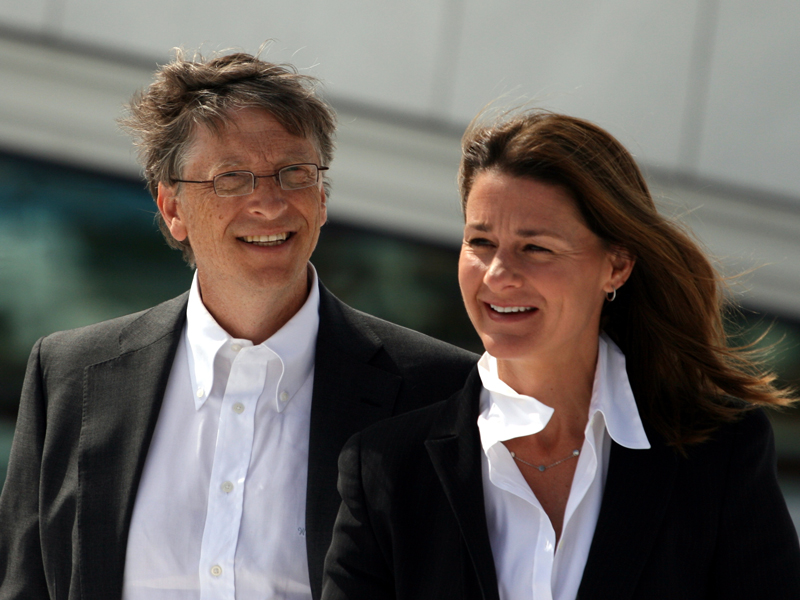 With all the horrible things happening in the world, it’s sometimes hard to find a silver lining. That’s why it’s so reassuring to look to the optimism of Bill and Melinda Gates when they say the world is getting better in many ways.

If you look at the daily headlines, it can be hard to trust the claim that the world is in fact slowly improving as a place to live for millions and millions of people.

The spectre of terrorism seems to be haunting us all, with recent abhorrent events in Manchester, London and Melbourne hitting home for many of us – and that’s before you even factor in the toll terrorism and war is taking on innocent people in the Middle East and elsewhere across the world.

Add to this all the other conflicts going on around the globe, as well as all of the political squabbling and fighting we see in the US, the UK and Australia, and it really does become hard to see much good.

But then you read the letter Bill and Melinda Gates sent to super investor Warren Buffett, one of the most generous benefactors to the Bill & Melinda Gates Foundation, and you start to see things a little differently – maybe there is some hope after all.

In the 2017 annual letter, Bill and Melinda wrote to Warren telling him about the progress their foundation has made, especially in the areas of childhood poverty and disease eradication. Some of the stats are truly astounding:

Yes, there is a lot wrong with our world, however, good news doesn’t necessarily generate website clicks or social media outrage. And a lot of the good work that organisations like the Foundation do is about gradual, incremental improvements. It’s a work in progress that can take decades to unfurl and appreciate.

Actually, in significant ways, the world is a better place to live than it has ever been. Global poverty is going down, childhood deaths are dropping, literacy is rising, the status of women and minorities around the world is improving. – Bill Gates

Bill Gates makes the point in the letter that while many people think things are not improving – or are even getting worse – the fact is that on many counts the world is becoming a better place: “Actually, in significant ways, the world is a better place to live than it has ever been. Global poverty is going down, childhood deaths are dropping, literacy is rising, the status of women and minorities around the world is improving.”

With our daily and relentless exposure to all the bad that’s happening in the world, it’s important to be reminded that there are people out there like Bill and Melinda Gates, and indeed Warren Buffett, who are doing their bit to make things better.

It’s a salutary lesson to us all: even if we don’t have the financial heft of the richest people in the world, we can all do our bit to improve the world and that not all hope is lost for us yet.