How Trump’s humbling may hurt US allies 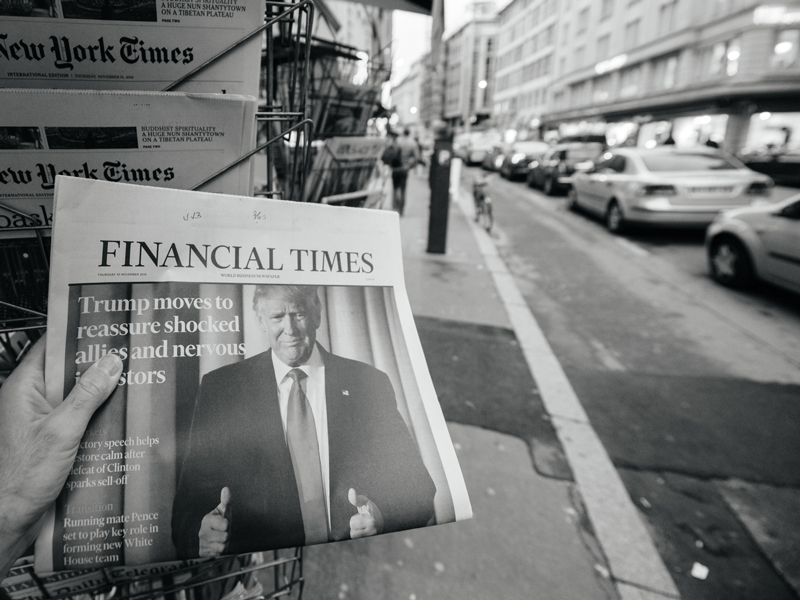 Watching sacked FBI director James Comey’s Senate testimony last week, it was fascinating to see what his Republican questioners didn’t do. Not a single one of them attacked Comey over his repeated statements that US president Donald Trump was, essentially, a liar.

Comey testified that President Trump and others in his administration lied about the state of the FBI, and about who had initiated their contacts. And he testified that he started taking notes about his first meeting with Trump as soon as he got back to his car because he was worried Trump would later lie about the discussions.

History suggests that Republicans would explode in outrage over such allegations.

Yet even among the Republicans in the room, no shouting broke out. No Republican’s face so much as reddened. You felt that a defence of Trump’s honesty might provoke laughter.

This was a signal: the credible defenders of Donald Trump’s honesty are giving up the fight.

The trouble with habitual lying

The new consensus about Trump’s honesty will matter. Washington is a town full of smart people on both sides of the political aisle, people who keep score. When Trump casually claims, as he has recently, that the US electoral college system makes a Republican presidency “almost impossible”, or that he invented the phrase “prime the pump”, he signals his disconnection from the truth to the leaders of both parties and a huge cast of minor US political players. Such disconnection from reality is generally fatal in a town like Washington, and last week you could feel it happening live on TV. Meanwhile, Trump is reportedly having trouble hiring staff for his already understaffed administration and struggling to hire outside legal counsel, and his approval rating has dropped below 40%.

So we’re already fast entering a new phase of the Trump presidency, where most players accept his shortcomings. Where now?

Parliamentary systems like those in Australia, New Zealand and the UK let parties dump leaders who are either unpopular – Thatcher in 1990, Hawke in 1991, Gillard in 2013, Abbott in 2015 – or dysfunctional, as Australian PM Kevin Rudd arguably was in 2010.

But the US system leaves in office both the unpopular and the dysfunctional, as long as they are not the worst kind of dysfunctional. To be removed, US presidents must be declared unfit by the vice-president and cabinet or impeached and convicted by Congress for official misconduct.

None of this seems imminent for Trump. He’s going to be with us a while.

Allies in the firing line

Trump’s role in government is now a real question. Inside the US, the Congress has its own mandate – unlike Trump, it won a handy majority of the vote – and is already running at least one core domestic policy issue, health care, while Trump essentially looks on. But the US president has greater effective power in foreign policy. He need pass no legislation to change US diplomatic stances. Indeed, the weaker US presidents get at home, the more they shift their gaze overseas. Trump threatens to reach this point earlier than most – and with his trademark impetuosity intact.

Just in the past week Trump has spurned the US commitment to NATO’s central Article 5, and sided with one US Gulf ally, Saudi Arabia, in a feud with another, Qatar. By the weekend he had altered positions again, while his secretary of state and the rest of the US foreign policy apparatus tried to limit the damage.

It seems likely there will be much more of this in the months and years ahead. Diminished Trump may be, but for the US’s global allies, that spells interesting times ahead.