Oh dear. The bubbas on social media are outraged… again. This time because a contestant on a TV reality show was badgered by a mentor to do better. 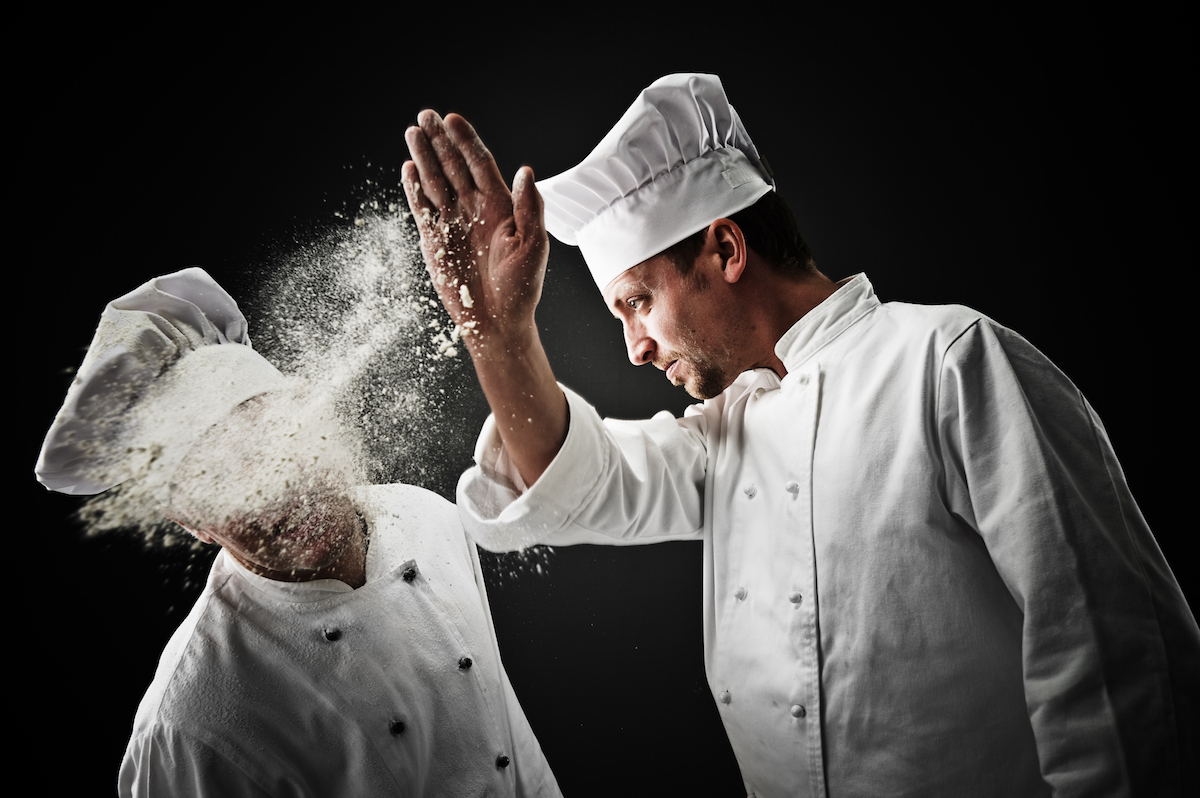 When Sashi Cheliah, a favourite on Australia’s MasterChef, started falling behind in his service at Bondi’s iconic Iceberg restaurant, head chef Monty Koludrovic started applying the pressure. Not rocket science, really. People were seated to be fed. On time. In a cooking competition. Monty’s reputation was at stake, as was that of his restaurant.

It was all about the pumpkin ravioli with mushroom sauce and crispy pancetta. A jaunty little dish to be served as an entree to 30 customers. Three other contestants were providing the mains and dessert to follow. None of them were falling prey to Monty’s moaning to hurry up, because none of them were running out of time. While groaning under pressure, they didn’t need a kick up the backside. They were coping, albeit just.

But Sashi was struggling, largely because he hadn’t listened to Monty’s instructions, preferring instead to do things his own way. And as time ran out and Sashi became increasingly stressed, Monty rode his back. To his credit, the Bondi Icebergs chef didn’t go the full monty and rant Gordon Ramsay style, but he did breathe heavily down Sashi’s neck, barking at him to start “busting out some of those raviolis”.

It was all too much for the armchair critics, who, with fingers poised on keyboards, were outraged, demanding on social media that Monty apologise to Sashi, or threatening never to eat at Icebergs “in a million years”. And of course, predictably, it wasn’t long before the racism card was drawn. You see, Sashi’s not white. Monty is. Of course, that meant that Monty was judging him by the colour of his skin rather than his incompetent timekeeping. The fact that two other contestants, not being hassled by Monty, were Asian, failed to rate a mention.

I’d hazard a guess to say that Sashi would be the first to find this criticism absurd. You see, in another life, he was in the STAR Unit of the Singapore Police Force and, for nearly a decade, worked with the riot police in counterterrorism, kidnappings and high-profile protection. It was a life fuelled by adrenaline and split-second decisions, where getting it wrong could be fatal. So, more than anyone, Sashi understands what it’s like to work under pressure, get the timing right, and the strategy perfected.

While he admitted at the end of his cooking calamity that it was his most stressful ordeal of the competition so far, a bit of pumpkin and pasta and the growling of a senior chef didn’t push this former officer into fetal position, wounded, sulking, never to rise again.

Instead, after Sashi stuffed up, he took it in his stride and did what most of us used to do before blame became the popular go-to tool. He did go faster and harder. He did improve. More importantly, he learned a lesson. To listen. Next time, when Chef tells Sashi to make his pasta first before chopping his pumpkin, he’ll reach straight for the egg and flour.

Sashi’s responsibility was to get his food out on time. Monty’s was to ensure he did it. Ours was to simply support the process. A successful recipe for a job well done