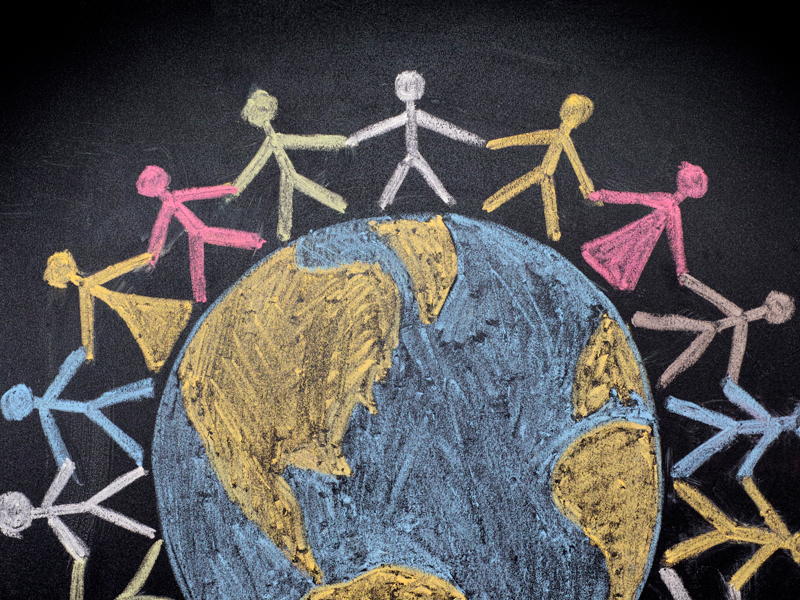 Most of us seem to believe that life on this planet is going to the dogs. Last year a survey by UK polling group YouGov found only 10% of people in 17 nations reckon the world is getting better. Most think it’s getting worse.

One of the biggest drivers of this view appears to be global poverty. These days it’s almost a truism that while the rich are getting richer, the poor are getting poorer.

So here’s the good news: the conventional wisdom is exactly wrong. On a global scale, the poor are getting richer – and doing so remarkably quickly.

You might think this is a controversial statement, but for most of the people who look at global economic development, it’s simply recognised fact. A World Bank study released in October 2016 found that in 2013, fewer than 800 million people lived in “extreme poverty” (defined by the Bank as income of less than US$1.90 a day).

Does 800 million sound awful? Yes, it is. But it’s a massive turnaround from 1990, when about 35% of all people on the planet lived in such desperate poverty. In less than a quarter-century, 1.1 billion people rose out of extreme poverty. The improvements kept happening pretty steadily, regardless of events like the ‘global’ financial crisis, which in truth was really a problem of rich countries.

On top of this, the average condition of the few billion global poor above that absolute poverty line continues to improve rapidly. One result: inequality between people in the world has been going down since 1990.

Still not convinced about this transformation? Look up the amazing video presentations of Swedish health and development statistician Hans Rosling, or visit gapminder.org, the data presentation site that he founded. His numbers echo the World Bank: global poverty is falling.

Yet whenever Rosling polled people’s views on the state of the world, he found the same pessimism as that UK poll. The rich nations’ collective view of their poorer counterparts seems to be about 40 years out of date. One amusing YouTube video shows Rosling berating a Danish interviewer who seems unable to believe the numbers.

As Rosling, the World Bank and many other development specialists have all confirmed, the huge turnaround in absolute poverty since 1990 is largely down to massive progress in China and India. Much of it is better governance. Chinese incomes, in particular, began to rise after China’s government released its grip on the nation’s economy and signed their country up to the world trading system in the early 1990s. (Unsurprisingly, that YouGov poll found the Chinese easily the most optimistic.) But other nations, from Indonesia to Peru, also did better. The worst remaining poverty is now centred in sub-Saharan Africa.

Many factors helped the poorer nations make so much progress. Democracy took hold in many places. Basic medical care arrived in tiny villages. Rich-world aid really did help. So did new plant strains, piped water, and such simple development measures as wider use of soap. Then there’s education: with more schools, global literacy has now reached 80%, far higher than most people guess – crucially, far more women can read and write than ever before. And as incomes rose, people had fewer children, making it easier to take further steps on the development ladder.

Rosling died last month, but he left eloquent testimony to our global progress – and to our inability to understand our achievement.

We are supposed to live in a postmodern age. Yet the epic story of falling global poverty is a story of successful modernisation. It took a long time to work, but it has worked. We despair of widespread global poverty, yet we may be approaching its end.