Stand by your opinions, even when you change them 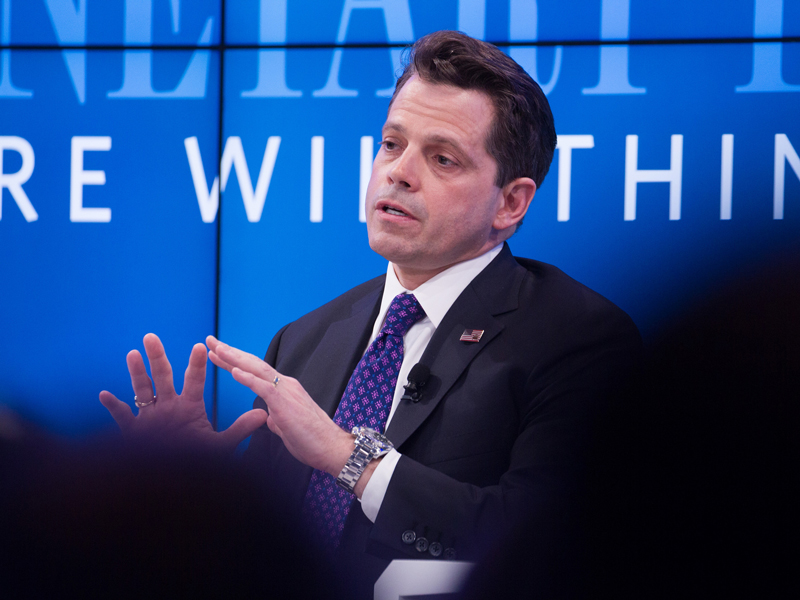 The unintentionally funny Anthony Scaramucci – White House Communications Director – has had his first taste of memedom with comparisons to Futurama’s 80s Guy.

But for comedy fans of a more political bent, his announcement that “Full transparency: I’m deleting old tweets” came straight out of Veep, Utopia or possibly some 21st-century American remake of Yes, Prime Minister where Sir Humphrey has been reimagined as an Aussie head of department played by Russell Crowe. Awesome TV pitches aside, Scaramucci’s tweet is a beautiful piece of ironic wordplay, and it’s a real shame he meant it unironically.

But the real-real shame is that the second sentence in his tweet – “Past views evolved & shouldn’t be a distraction” – is spot-on. The Mooch is saying his previous criticisms of new boss Donald Trump belong in the past, and now he thinks the bloke is a top leader and worthy of the presidency. Whatever you think of this abrupt shift in opinion, and whether it’s motivated more by his fancy new job title than some miraculous Road to Damascus moment, it’s probably better for all of us if we allow public figures to change their minds. 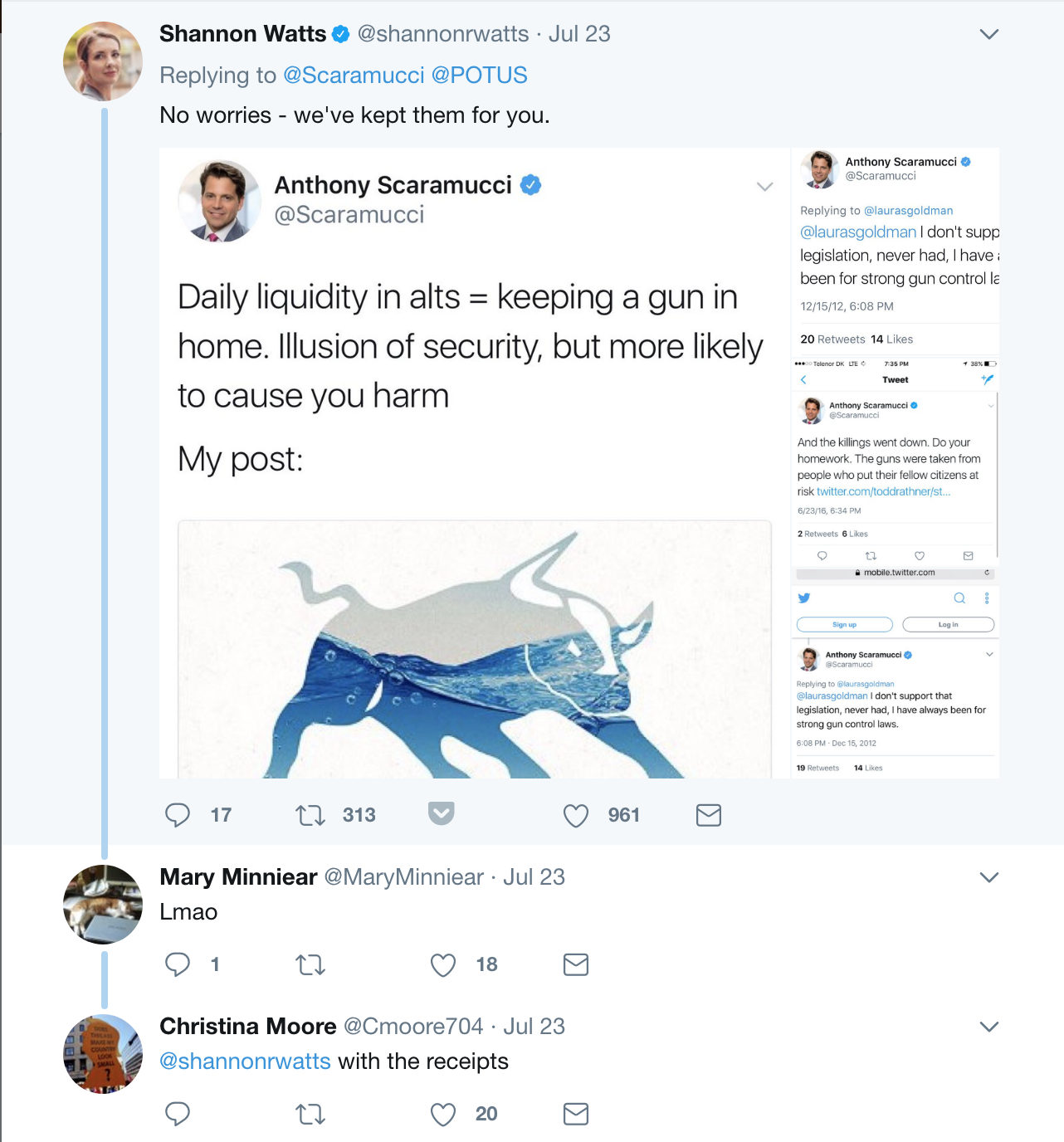 But that doesn’t mean we should let them erase the past (and given the number of screenshots available of Scaramucci’s tweets, it’s a futile exercise anyway). Change your mind on a topic, certainly, but show us why while you’re at it. If you’ve previously taken a public stand on an issue – maybe even fought for one side – and are now coming to believe the opposite of what you once did, talk us through it. Own your former stance and demonstrate how you came to your new position instead of pretending you always felt this way. If you made some questionable jokes on Twitter as an up-and-coming comedian, acknowledge them rather than pretending you never thought “fat chicks” was a great punchline. 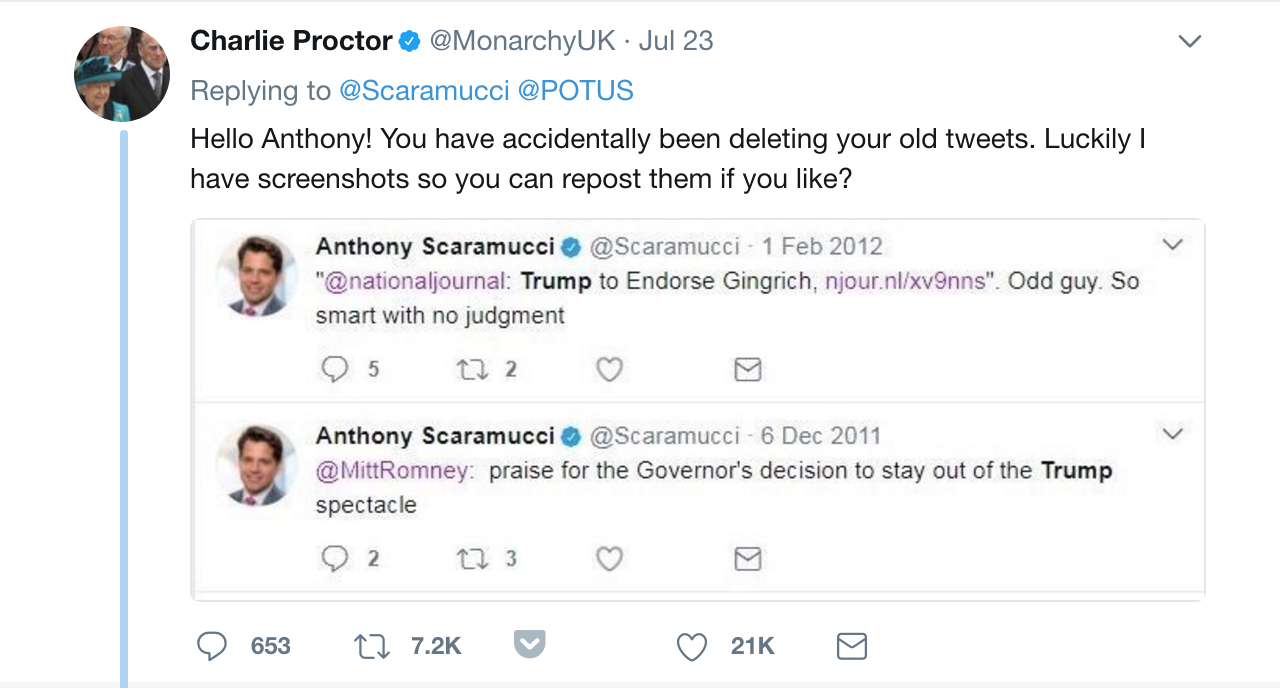 Otherwise we risk a 1984-style memory-hole situation, where everyone conveniently deletes their past and we all forget there was another Sir Humphrey Appleby before Russ’s “Humph” was giving us an off-colour Antipodean spray each week. Or that the British Empire wasn’t entirely a selfless mission of enlightenment for the “less advanced” civilisations of the globe. Or that teenage me thought dressing up as Scary Spice wasn’t racist because I was a fan of her work.

Surely some of this comes down to the weird conventional wisdom that being strong-willed is an unalloyed good in business and politics – which means the ability to be swayed by opposing views is somehow a sign of weakness, rather than an indicator of flexibility and pragmatism. Try changing a policy direction when you’re the leader of a nation and watch how quickly editorial cartoonists sketch you backflipping in a leotard.