Brexit is old news. When will anyone pay attention to Turkey? Asks Jennifer Neal 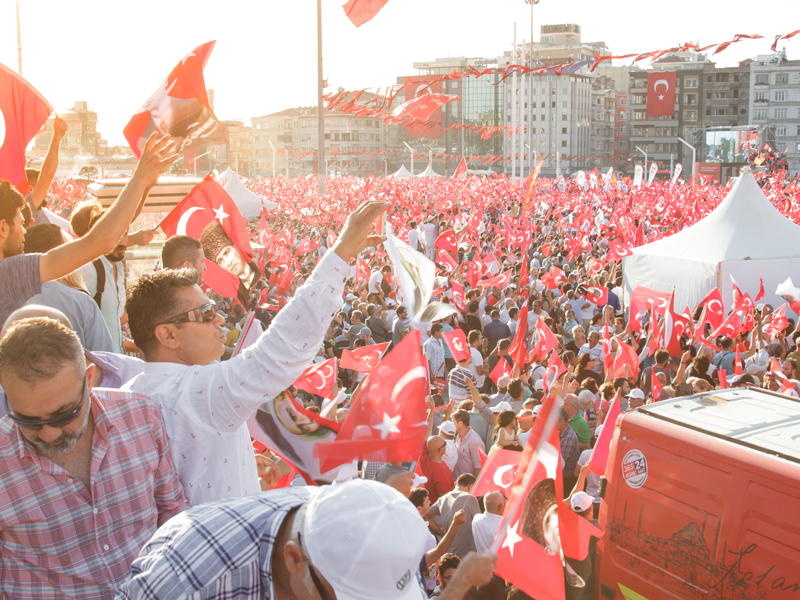 The UK’s major referendum to leave the European Union last year was a surreal, shocking experience – but it faded (ever so slightly) to the background as Donald Trump rose to power in a bizarre series of events that has both invigorated and agonised sketch comedians all over the world (especially Alec Baldwin.)

There are many who look forward to Scotland’s revenge, which officially began when First Minister Nicola Sturgeon declared that she will be seeking a second independence referendum between 2018 and 2019. And while Prime Minister Theresa May gets ready to trigger Article 50 at the end of March, a long-awaited announcement that confirmed the fears of many, the dramas of mainland Europe too are only just beginning.

While nostalgia rules the conversation on Britain’s future with the EU, we need to have a much more difficult conversation on Turkey and how this stands to threaten what’s left of the union before we’re caught off guard, again.

The public continues to rage about the impending economic and political fallout of the soon-to-not-be-so United Kingdom, but several other political proxy-battles in France, the Netherlands, Germany and Turkey are raging across mainland Europe that threaten to further undermine the diplomatic bargaining power of the EU while weakening relations in the Middle East. Rest assured, this is much more important than whether or not the US requires you to get a visa before entering.

Last week, Turkish President Recep Tayyip Erdogan made headlines when he was banned from campaigning to Turkish ex-patriates living in Germany and the Netherlands on the upcoming Turkish referendum to expand his powers, a decision that could potentially consolidate all branches of government to his rule. It’s a controversial move that many experts have labelled as undemocratic but which is not atypical of the man himself. Known for his fragile ego, his response only reinforced these speculations when he took to labelling both Germans and the Dutch as Nazis for refusing him entry, which, as we all know, is the best way to make friends.

Preoccupied with their own major elections on Wednesday, the Netherlands took a moment to rebuke President Erdogan’s comments, which threaten to pit the two countries against one another. His hyperbolism only strengthens the agenda of right-wing candidate Geert Wilders – who has garnered support largely due to his anti-immigrant, anti-Muslim policies that echo that of President Trump, and further exacerbate Islamic–European relations at a particularly paranoid and emotionally heightened time in the region’s recent history.

What makes this extra problematic is the ambiguous nature of Erdogan’s power.

Turkey is at the forefront of the US coalition against ISIS – a position that has made the country the centre of gruesome attacks, including last year’s Atatürk Airport attack that cost more than 40 people their lives.

And while it’s tempting to forget because Facebook didn’t launch a colourful profile picture campaign in its honour, Turkey has risen as a prominent Middle-Eastern ally, and it’s a position that Europe can’t afford to compromise.

But Erdogan, having survived a failed coup last year, is also taking a note from the dictator’s handbook on controlling public narratives by suppressing journalists, academics and activists who publicly oppose him – calling into question his devotion to democratic values, and highlighting inconsistencies in his approach to the very tactics employed by the entities he seeks to combat, alongside other Western powers.

If he wins his referendum, there is a very real possibility that he will rise to be another liability in a region that has too many already, and the results are potentially catastrophic. And it will have happened not because the US funded insurgents (this time) or because Europeans won’t take refugees (again); it will simply be because we were too preoccupied with Weetabix, Trump and affordable airfares to LA to pay attention.

I can’t wait for the SNL episode calling out that particular hypocrisy.