Spotify Co-Founder and CEO Daniel Ek is a textbook example of the startup mavericks propelling their companies to billion-dollar valuations. 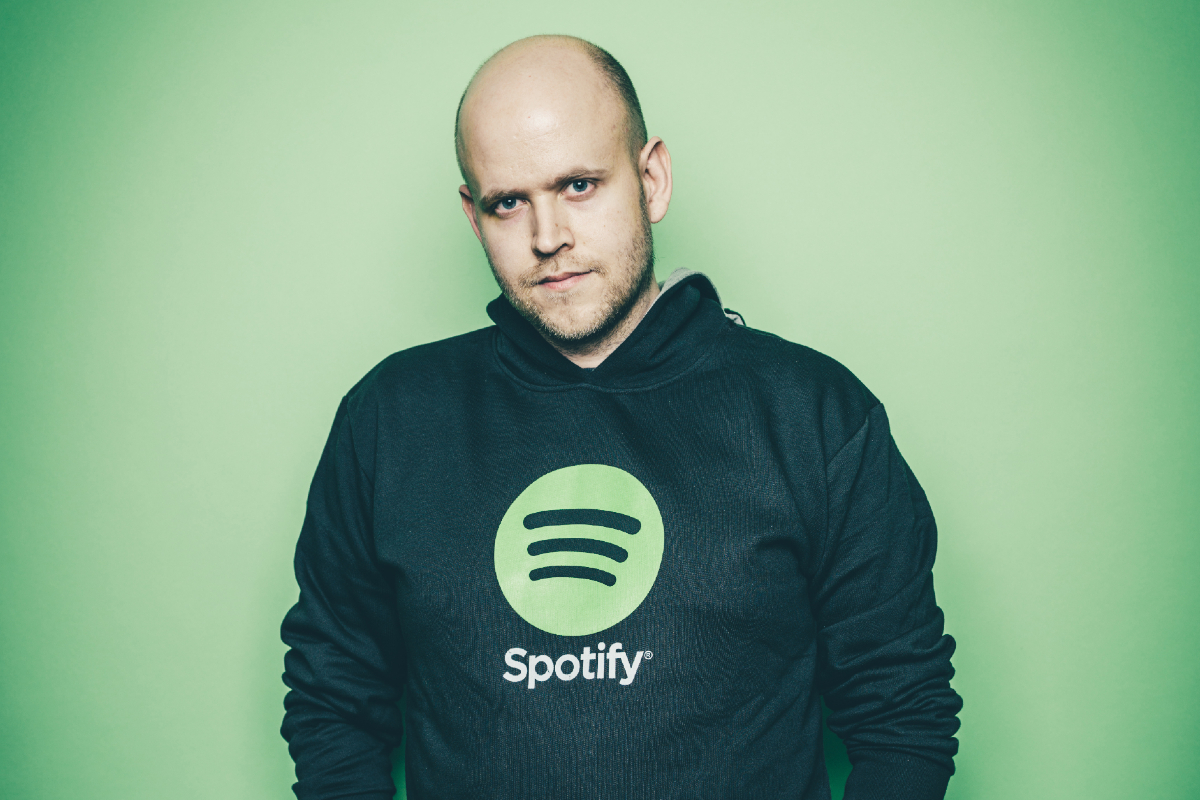 It’s an apt sentiment for the 38-year-old Swedish Spotify Co-Founder and CEO as he’s built an extraordinary career by never accepting the status quo, and insisting others bend to his whim – however ridiculous it seemed – at every turn.

Most recently, he’s declared his interest in buying his favourite football club, Arsenal, the value of which is slated at £1.8 billion ($2.5bn), and although owner Stan Kroenke doesn’t want to sell, who knows what will happen if there is enough money on the table.

Always one to go his own way, it certainly seemed ridiculous to imagine there was money to be made in peer-to-peer music streaming in 2002. Napster and Kazaa had both had a go, with varying degrees of legality, and little in the way of success. If the pirates had failed, what hope was there for anyone sticking to the lawful route?

Spotify was unreasonable right from the start, and its meteoric rise to become one of the world’s highest-profile unicorns – privately owned startups valued at over US$1 billion – was down to Ek’s unique ability to disrupt, challenge convention and see opportunities that no-one else could. He was never about being reasonable.

His story is an astonishing one, yet his personality and attitude match those of other mercurial leaders of very young businesses that are well on the way to the magic 10-figure valuation.

The number of unicorns in the world has doubled to over 500 in just three years, but it’s still an exclusive club. In fact, when a company launches it has a 0.00006 per cent chance of becoming one, according to David Friedberg, who built a US weather insurance business into one. In his view, such a venture only succeeds if it starts with a problem worth solving. “If your motivation for doing a startup is financial reward, you’re better off going to Google, a hedge fund, choosing a career with stable income potential,” he told First Round Review .

By the time Ek was doing the groundwork for Spotify, the last thing on his mind was money. In fact, he had decided to retire at the age of 23 having made millions through the sale of his online advertising startup, Advertigo. His first job had been at 13 when he built websites for small companies and was soon employing his classmates and making US$50,000 a month. By the time he left school he had a staff of 25.

Spotify grew out of what seemed to be an insoluble problem: a workable template for music streaming.

“I’ve always been a really, really insatiable, curious person,” he told Silicon Valley technology entrepreneur Sriram Krishnan last year. “It’s been one of those things that has stuck with me throughout my life. I realised at a young age that, even for problems that are messy and complicated, if you put enough direction, energy and focus into solving them, it’s very possible to figure them out. You can never legislate away from piracy. The only way to solve the problem was to create a service that was better than piracy.”

The path along which Ek guided his formative business is well trodden by other unicorns. Like them, Spotify has always been about future potential rather than past performance or profits. Ek inspired venture capital through a compelling vision of super-fast growth, not quick returns.

And the investment he attracted meant he could hold off on an initial public offering and all the annoying red tape that goes with them, and avoid the disasters Trivago and Square experienced when the market valued their shares much lower than investors had. When Spotify went public in 2018, its share price soared 25 per cent before settling well above the expected valuation.

“Even for problems that are messy and complicated, if you put enough direction, energy and focus into solving them, it’s very possible to figure them out.” – Daniel Ek

Perhaps, most importantly, Ek was a charismatic figurehead, something all potential unicorns need to power their momentum. There’s a reason why his Twitter handle is @eldsjäl, a Swedish word meaning ‘a fiery soul’.

“It was really more of a reminder to myself and an ode to a younger me because I was often called that because, whatever the issues were that I was passionate about, people saw that passion a mile away, and they always saw me advocating for this long before I realised I was going to be an entrepreneur and long before I realised I would start Spotify,” he told US business guru Tim Ferriss in 2020.

But as soon as it became clear he was onto something big, he assembled an executive team he could trust, left them to run the business and focused on the future.
“We believe that speed of iteration beats the quality of iteration, which is why we’re not big on bureaucracy,” he told Ferriss. Some leaders insist all decisions are run past them, but Ek isn’t one of them, telling Krishnan, “Then you have to wait until the leader has availability to review things. It’s my role to think far beyond that. For instance, I’m immersing myself in our 2025 plans.”

It’s a trait he shares with Twitter’s Jack Dorsey, and his trust has clearly been well placed with Spotify entering 2021 valued at US$67 billion, and Ek’s personal wealth around US$5.5 billion. It’s also about to launch into 80 new markets across Asia, Africa, the Caribbean and Latin America.

Not bad for a company that has yet to make an actual annual net profit. But then, Ek, and his peers, have proved that, to drive the confidence and ambition required to achieve such success, it’s much more important to have a prophet.