A recent change of pace from athletics to soccer has seen the world’s fastest, and highest-paid track and field, athlete relocate to Australia’s Central Coast. We look at how, off-track, Usain Bolt can make money faster than Jeff Bezos. 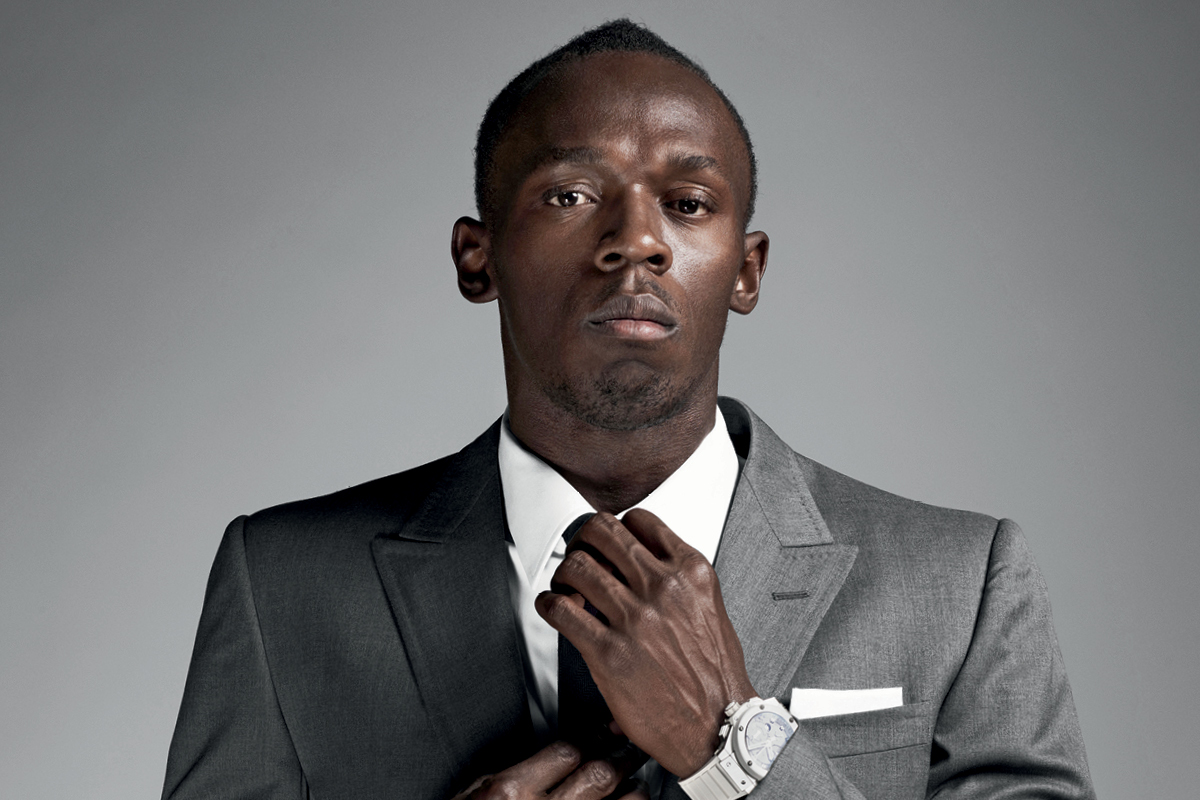 Usain Bolt might well be the fastest human being ever to pull on shoes, but he could be the richest man alive as well, if only he’d work longer hours.

Consider that Bolt was earning as much as A$500,000 in appearance fees for athletic meets where he would run the 100 metres in less than 10 seconds, making him a whopping A$50,000 a second. Even Jeff Bezos can’t make money that fast.

To be fair, the posing, preening, flag-wearing and grinning Bolt then produced after each scintillating sprinting performance would also make up part of what athletics associations were paying him for.

It’s also incredible to consider, though, that the sizeable wealth Bolt made by actually running, in appearance fees and prize money, was and is dwarfed by the sponsorship dollars and big-business tie-ups he’s made off the running track.

The fact is, athletics is not one of the world’s richest sports, and wouldn’t come within a Swiss bank vault of pursuits like football, basketball or boxing. But Bolt isn’t just the highest paid athlete in the history of athletics, he’s in a different stratosphere, earning 10 times as much as other runners like Mo Farah or Ashton Eaton (don’t worry if you don’t know who they are, that’s kind of the point).

The World Championships, for example, held every two years, pays just US$60,000 for a gold medal (Bolt won six in this career), while a race in the Diamond League might be worth US$10,000 (Cristiano Ronaldo makes that every four hours).

Compared to that number, the fact that a Diamond League event in Paris paid Bolt US$300,000 just to compete had to be justified by tournament director Laurent Boquillet: “With Bolt, we know that we will easily fill the Stade de France,” he said, with a Gallic shrug.

And it’s not just seats that Bolt can sell either. What he represents is speed and success, and those are things all kinds of brands will pay top dollar to be associated with.

What he represents is speed and success, and those are things all kinds of brands will pay top dollar to be associated with. 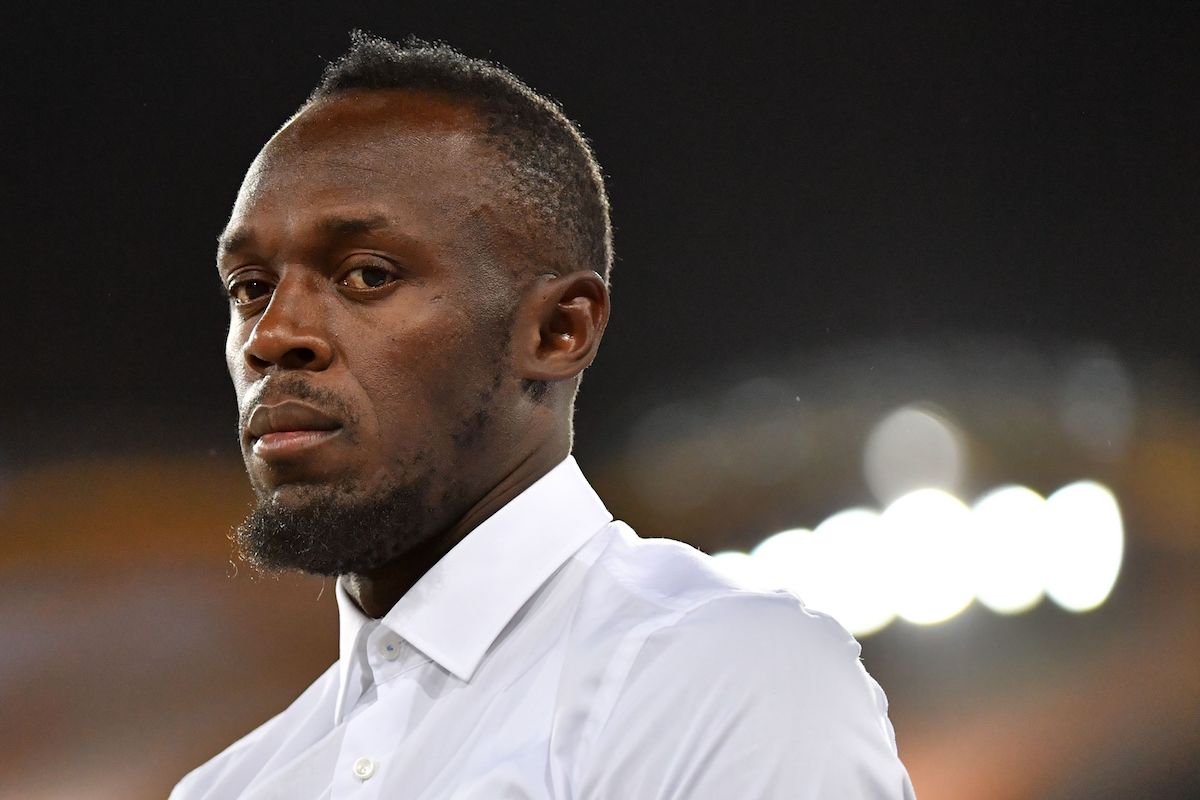 Jamaican Bolt first struck the world stage, back in 2008, aged 19, at the Beijing Olympics, when he smashed the biggest record in world sport by running 100m in a mind-blowing 9.69 seconds. Despite getting a slow start, he was dominant enough to start celebrating at the 80-metre mark, and he still ran the fastest time in history.

That’s part of what makes Bolt’s brand so universal in its appeal; he didn’t just win, he beat history itself (particularly because he ran clean, never failing a drug test), he made it look fun and he did it in a sport we can all relate to. Everyone has tried to run 100 metres in their lives, and the maths of being able to do it in less than 10 seconds is both simple and stunning.

Incredibly, Bolt’s whole career was started by a bet. Like many young Jamaican boys he loved cricket, but his primary-school coach offered him a boxed lunch if he could win a running race. And a super star was born.

Bolt had just two sponsors at Beijing, a Jamaican mobile phone company called Digicel – which used to give him free phones and credit – and sporting-goods giant Puma. Three years after Beijing, high-end timepiece maker Hublot snapped him up, followed by Virgin Media, Mumm champagne and Gatorade, which also named a new drink after him. Visa put Bolt in its ad campaigns across the world, All Nippon Airways put him in the skies and the Temple Run gaming franchise made him a digital being (his game has now been downloaded more than a billion times).

He’s also the face of a sports insole brand, Enertor, has launched his own shaving company, Champion Shave, and is planning to create a fast-food chain. And, of course, he has his own emoji, and 4.9 million Twitter followers, plus 8.7 million on Instagram.

Throw in his most recent, astronomical deal with original backer Puma (US$10 million a year, plus bonuses for medals and setting records) and Bolt’s net worth is estimated at US$60 million, yet other reports suggest he earned US$30 million in 2015/16 alone. 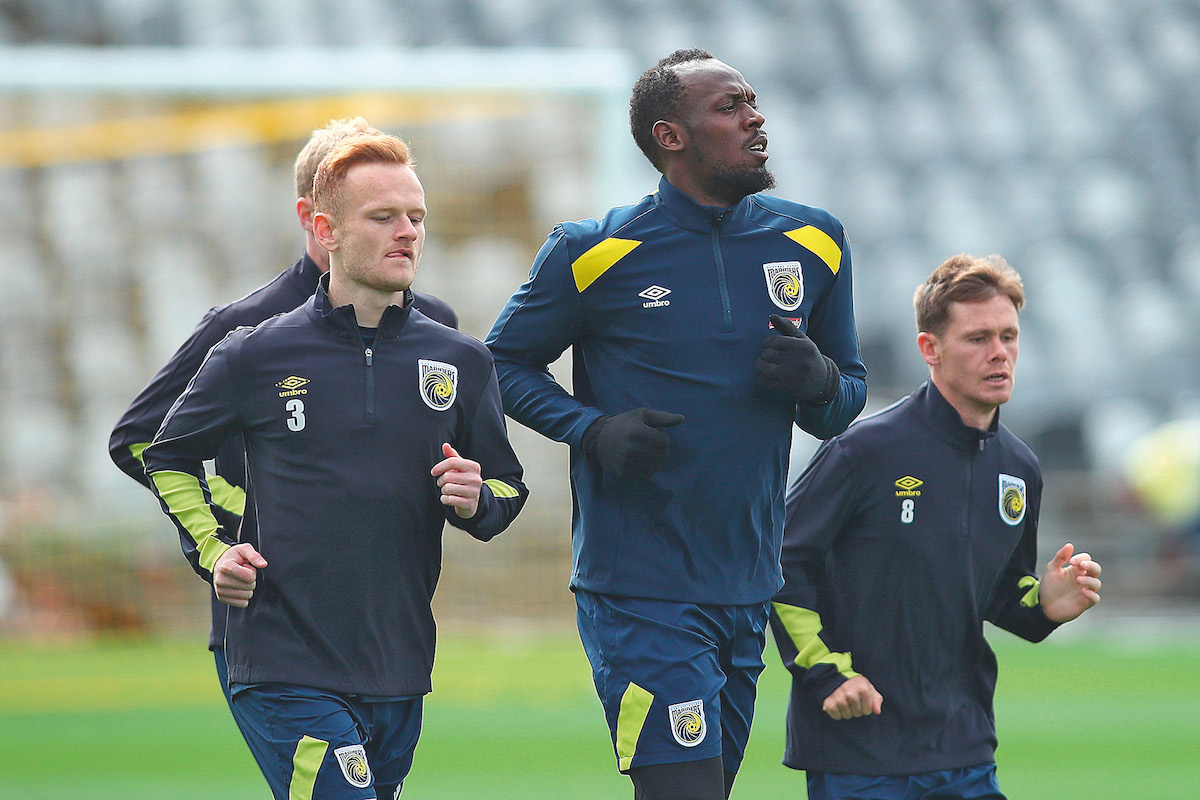 Bolt has stuck with Puma for more than just monetary reasons, he says, after turning down plenty of rival sponsorship offers.

“We’ve been together for years now, (Puma) are my family, so I don’t want to start with a new family,” he says. “You want money, but it’s also got to be about the comradeship between you and your company.”

Puma, in return, says he is “the perfect poster child for us”, with the sports brand offering an entire collection of Bolt products, from US$15 coffee mugs to US$250 sunglasses.

Bolt is more than just a super-human being, he is a walking, talking, widely smiling trademark, while his ‘To Di World’ pose (“People often think it’s called the Lightning Bolt but it’s not; I’m the Lightning Bolt,” he says) – where he seems to throw a bolt of lightning at the sky, like a Greek god – is as recognisable as the Nike swoosh, Churchill’s V for Victory or Tiger Woods’ intense glowering.

“Traditionally, track and field didn’t really compete with some other major sports for marketing dollars but I feel we broke some glass ceilings on the value of an athletics star,” Bolt says. “Hopefully, the athletes who come after me will benefit from what I did and the way we did things. I would like to see more companies get involved in track and field and for the authorities to make it easier for companies to get involved.”

Locally, of course, we have the perfect example of his global reach, because Bolt does ads in Australia for Optus. It’s a contract he signed long before his decision to reside here – on the Central Coast of NSW – as he attempts to prevail in a second sport, football, albeit at fairly lowly A League level (he’s often said he dreams of playing for Manchester United, a mark he’s missed by several thousand kilometres).

The 32-year-old, eight-time Olympic champion, now retired from athletics – which is truly a young man’s game – has previously tried out with German giants Borussia Dortmund and Norwegian team Strømsgodset. Unexpectedly, he chose to make his most serious tilt at the game yet with the Central Coast Mariners – not even one of the biggest teams in the country. 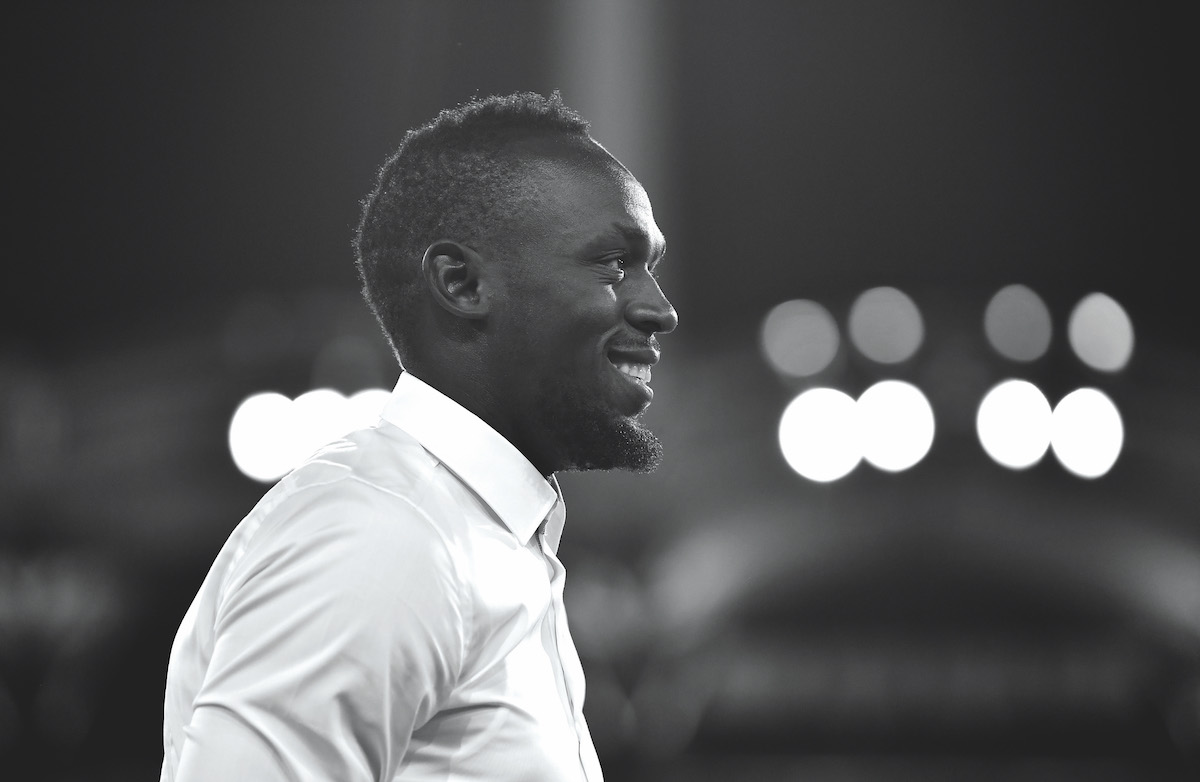 “This is real. I’ve told the world that I want to be a footballer and I know what I can do for the Mariners, who are giving me the opportunity to show what I’m capable of. You all know that I love Australia, so I am really proud to call it home for now.”

It’s possible, of course, that Bolt misses the adoration that sprinting brought him, as he lifted the glamour event of each Olympics to new heights (eventually lowering the 100 metres record to just 9.58 seconds). He says it’s definitely not because he’s bored, as his business interests, and his charity work, keep him busier than ever.

“The thing I miss most about not competing is the thrill of walking into a full stadium and hearing the noise of the crowd before a race,” Bolt admits. “I thought once I retired I would have more time but I seem to be even busier now.

I still have all my commercial work and appearances, my business interests, the Usain Bolt Foundation and I have been playing a lot of football.“Success for me has been the ability to change my life, change my family’s life and help a lot of other people. Athletics has brought me fame and fortune and I enjoy using it to help those around me and those less fortunate.

“I have shown that anything is possible. I always tell people not to limit themselves. Find out what you are good at or interested in and work hard to be successful in that.”

“I have shown that anything is possible. I always tell people not to limit themselves. Find out what you are good at or interested in and work hard to be successful in that.”

So having amassed more wealth than any athlete before him, what does Bolt do with all that money? “I have a good team around me that manages my investments,” he says, in business-like fashion. “It’s funny that the more famous you get the less things you have to buy. I like cars – that is probably the thing I spend the most on.”

He’s also been given a few for free, of course, with another former sponsor, Nissan, handing him the keys to a gold-plated version of its (very fast, naturally) GTR supercar, which was later bought by an anonymous Australian buyer for A$177,000, with the proceeds going to Bolt’s charity. Bolt has also expressed a desire to buy Buckingham Palace in the past.

If he’d just run a little bit longer, or more often, maybe he could have.