Julia Gillard is widely recognised as Australia's only female serving Prime Minister, but behind that prestigious title hid internal and external turmoil that would break the strongest of world leaders. Here she reveals how she navigated through the storm with her integrity and pride intact.

When Julia Gillard, author, founder, chair, board member and Australia’s 27th and only female Prime Minister was 22, she had just finished her term of office at the Australian Union of Students, “still an ardent feminist, but definitely a mainstream one. In the years that followed, as I completed my university education and started working at a law firm, I was increasingly attracted to pursuing a career in politics”, she reveals in her new book, Women and Leadership.

And what a career in politics it turned out to be. Just over 10 years ago, Gillard was sworn into office as Australia’s first female Prime Minister, leading a government that was the most productive in enacting new legislation in the nation’s history.

The policy achievements of the period included putting a price on carbon, education reform, the national broadband network, the National Disability Insurance Scheme and the Royal Commission into Institutional Responses to Child Sexual Abuse. 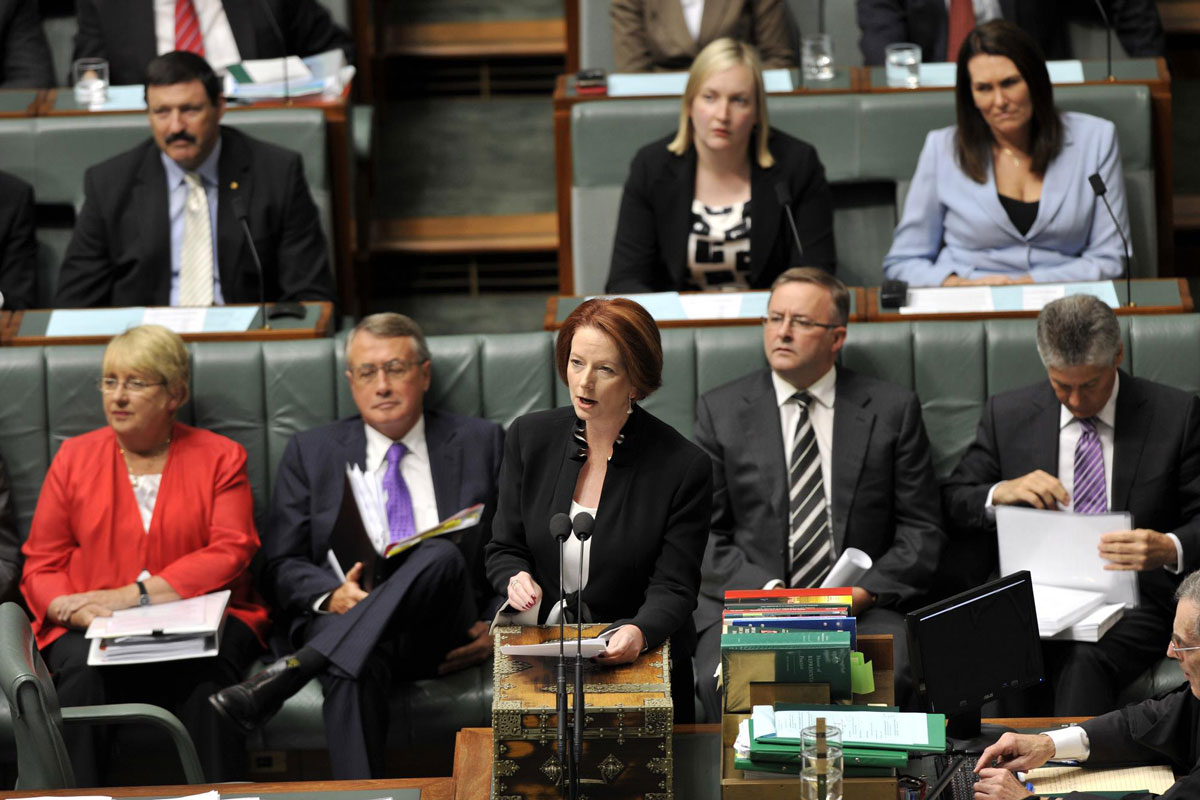 Had she finally managed to smash the ultimate glass ceiling? Hardly. Right from the outset, Gillard faced unrelenting abuse, from the opposition party and the media, about everything from the colour of her jackets to the length of her earlobes, not to mention the fact she was a woman in leadership without a husband or a child. At best, the sexism was ludicrous, at worst is was visceral and grotesque.

Three years, three days and one remarkable misogyny speech later (that has been viewed over five million times and has just enjoyed a resurgence on TikTok), Gillard left government, but would she have done anything differently during her time, I ask her during our interview via Zoom? Did she perhaps miss a moment when she had the greatest amount of political power to start the debate about gender in politics?

“When voters were looking at them as women leaders, they had to steer a narrow path between being seen as strong enough to lead, but not come across as so tough that people thought them unlikeable.”

“Yes, it’s one of the great fascinations about gender studies, indeed about politics overall, is you never get to run the control test; you can never go back to the moment and run it a different way and see if it turns out differently,” she explains.

“But I do wonder whether, in the early days of being Prime Minister, if I had pointed out some of the differential gendered treatment, I could have started a series of conversations we needed to have as a nation. Whether coming into the job in the early weeks I had more space and did use it to raise gender issues. Unfortunately, we’ll never know for sure.” 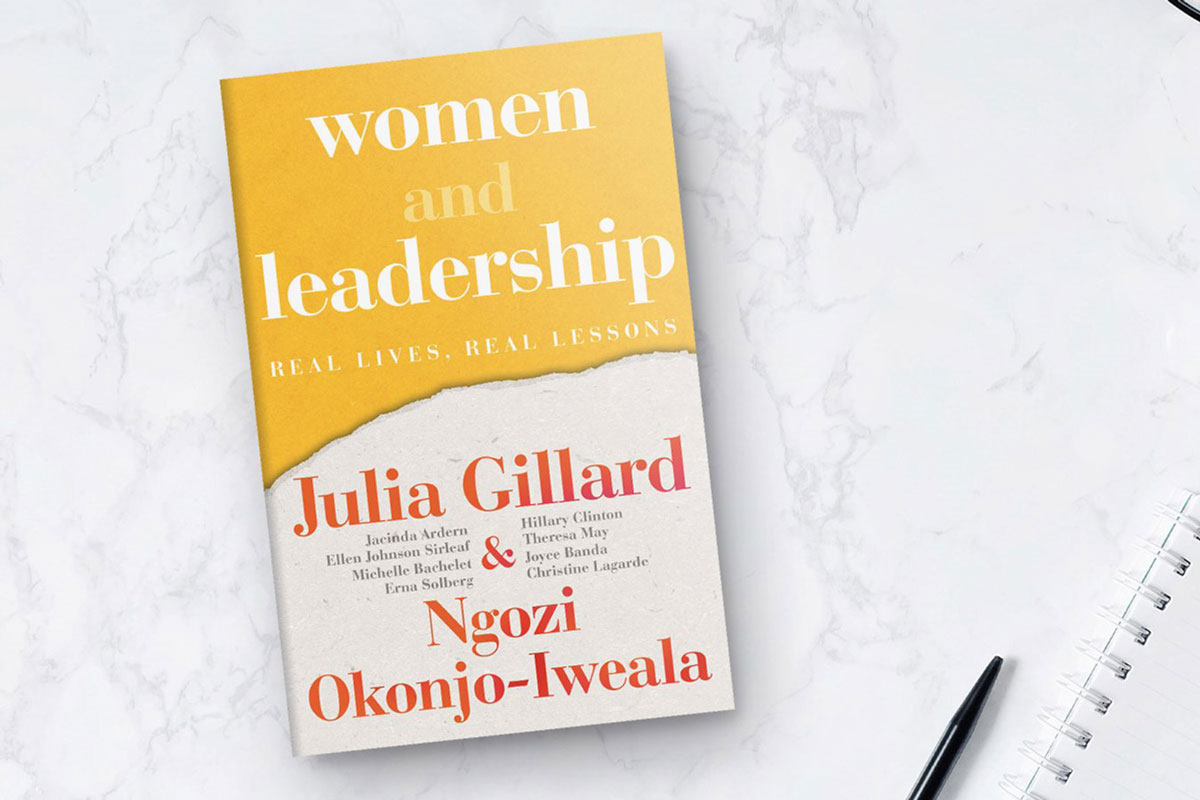 One thing Gillard does know is that the debate on gender still rages on, particularly at a leadership level and, even more so, in the political arena. It’s what inspired her and fellow co-author Ngozi Okonjo-Iweala, a development economist and former Finance Minister of Nigeria, to write a book about it. “The high-octane fuel that propelled us on is a mixture of passionate belief in gender equality and tearing frustration that we have not yet achieved it,” they reveal in the prologue of Women and Leadership.

They also know they’re not the only ones “to feel driven and dismayed all at the same time” so they called on the likes of Jacinda Ardern, Hillary Clinton, Christine Lagarde and Theresa May, to name just a few extraordinary women leaders, to have frank face-to-face interviews and share experience and advice.

What did they discover during their conversations about everything from ‘resting bitch face’ to family matters? “A revelation in doing the book, for me, and interviewing these eight women leaders from such different cultures and contents around the world, was just how global sexism is,” Gillard says.

“I went into it not quite sure whether that would be true, whether the differences between Liberia and the United States and New Zealand would be too much for Ellen Johnson Sirleaf, Hillary Clinton and Jacinda Ardern to have anything in common. But we actually found that all of the women identified similar barriers.

“One of the most common was that each of the women was conscious that when voters were looking at them as women leaders, they had to steer a narrow path between being seen as strong enough to lead, but not come across as so tough that people thought them unlikeable. There was this narrow, narrow path between empathetic but also showing that you had the backbone to do the job.

“A second thing in common was the endless focus on appearance and each of them needing to develop strategies to deal with that. The third was the focus on family structures.”

In the book, Ardern, who, interestingly, became the world’s first prime minister ever to take maternity leave, talks about the announcement of her pregnancy (“I was worried about the whole country’s reaction”), making motherhood work, managing guilt and achieving that elusive balance: “I don’t think there is such a thing as balance because women always feel guilty.”

Gillard, on the other hand, faced a very different set of problems as a woman who chose not to have children. As deputy leader of the opposition in 2007, she was chided by a member of parliament from the opposition Liberal Party for being “deliberately barren”.

She also recalls the meltdown that occurred when she was photographed at home in her clean kitchen with an empty fruit bowl. The image was nationally discussed as a symbol of her childlessness. How on earth could she possibly relate to “normal” people, it was asked, if she didn’t have kids?

Winning by her own standards

There’s no denying Gillard being a woman meant she was judged by a very different standard, but also misjudged in many ways. What’s the biggest assumption people make about her?

“Well, normally they think I’m taller than I am! They’re quite surprised when they see me in person because I’m smaller than they expected,” she says laughing.

“I’m incredibly conflict-adverse – I’d prefer to get on with people and work collaboratively so maybe that surprises people.”

“Also, most people would know me from my political career and they would have tended to see me in competitive environments, whether that’s the House of Representatives Question Time or a press conference where the Canberra pack is making it as difficult as possible. I think they probably expect me to be like that in normal life. The thing is, I’m incredibly conflict-adverse – I’d prefer to get on with people and work collaboratively so maybe that surprises people.”

What might also surprise people is just how busy Gillard is now, a decade on from the “pinnacle of her career”, as she refers to her time as prime minister.

Not only did she found The Global Institute for Women’s Leadership at Kings College in London, of which she is Inaugural Chair, she’s associated with “most notably chairing the Global Partnership for Education, which is a major fund that supports school education in foreign countries, and here in Australia”.

“I chair Beyond Blue, which, of course, is a great privilege. It’s an organisation that does fantastic work and is much relied on during this pandemic era as mental health struggles go alongside society’s efforts to combat the virus.

“I’m also on the board of a property financing company based in Melbourne called CVS Lane; I’m on the board of a startup business based in New York called Andela; I’m an advisor to the board at Amplo Venture Capital Fund; and I’m on the advisory board of LeapFrog Investments, which does remarkable work, much of which is targeted towards women and to bringing products and services to the poorest people around the world.”

The future of Julia Gillard 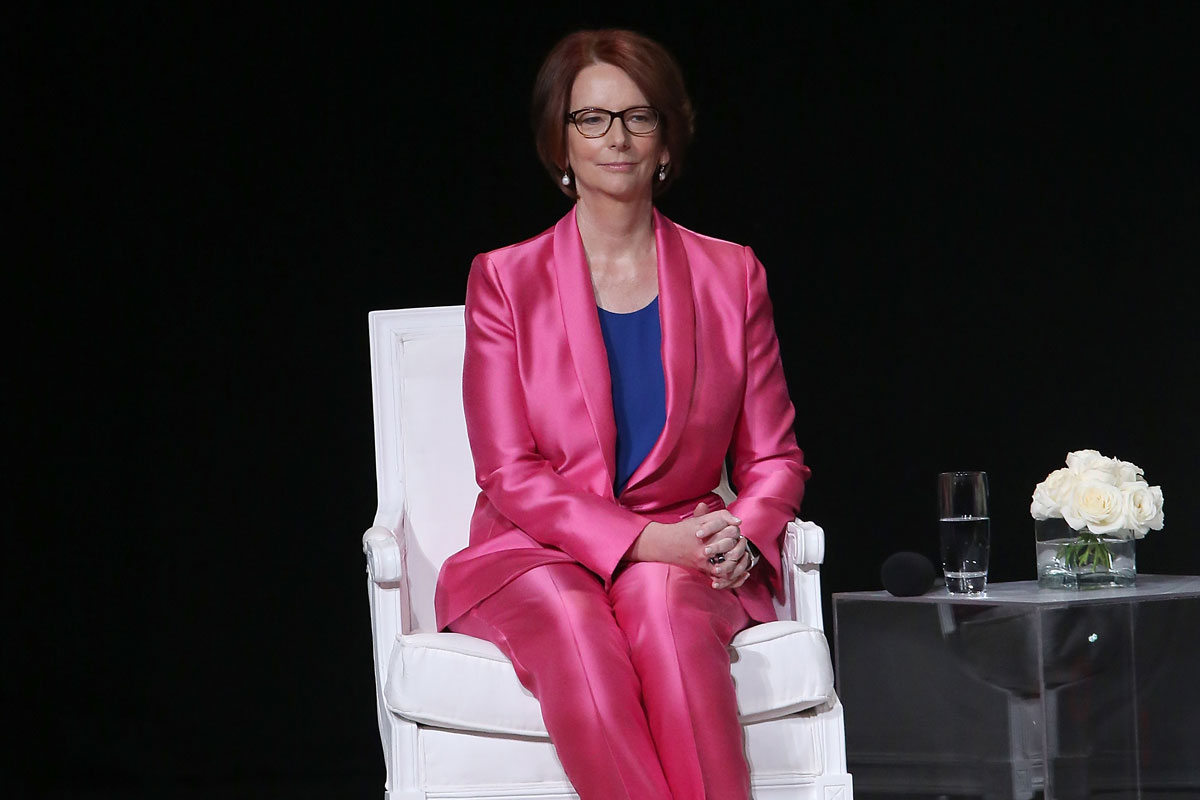 As for what’s next, Gillard says 2021 will be a “year of change” for her. “I will exit the Global Partnership for Education, having chaired that board for seven years and will start chairing the Wellcome Trust, which is not hugely known in Australia, but is one of the biggest philanthropic trusts in the world. It has about £27 billion under management and its mission is to invest in health and medical research with a particular focus on infectious diseases, so I couldn’t be more in the right place at the right time.”

It’s evident Gillard has now found her true passion and purpose, but thinking back to that 22-year-old uni student, who was full of energy and optimism, fire and hope, what advice would she give her younger self?

“I would certainly say, ‘Go for it, live your life. Seek to achieve in politics.’ One of the big messages I want to come from this book – and I know my co-author Ngozi Okonjo-Iweala is so strong on this too – is ‘Get right in there’. But I think I would also counsel my younger self that things will still be viewed through the prism of gender for a lot longer than she could imagine. If you’d asked me when I was 22, I would have said, ‘Yes, there will still be sexism, there will still be misogyny, there will still be different treatment of men and women, but it’s getting addressed pretty quickly and by the time I’m 40 or 50, it’ll all be gone.’ I would counsel my younger self that it, unfortunately, won’t play out like that.”

And finally, what parting wisdom would she give the next female Prime Minister of Australia? “I’d say, ‘Read the book,’” she laughs.