James Daunt proved British bookshops have a future – first by launching independent Daunt Books, then by saving the Waterstones chain. Can he go on to rescue the world’s biggest bookseller, America’s Barnes & Noble? 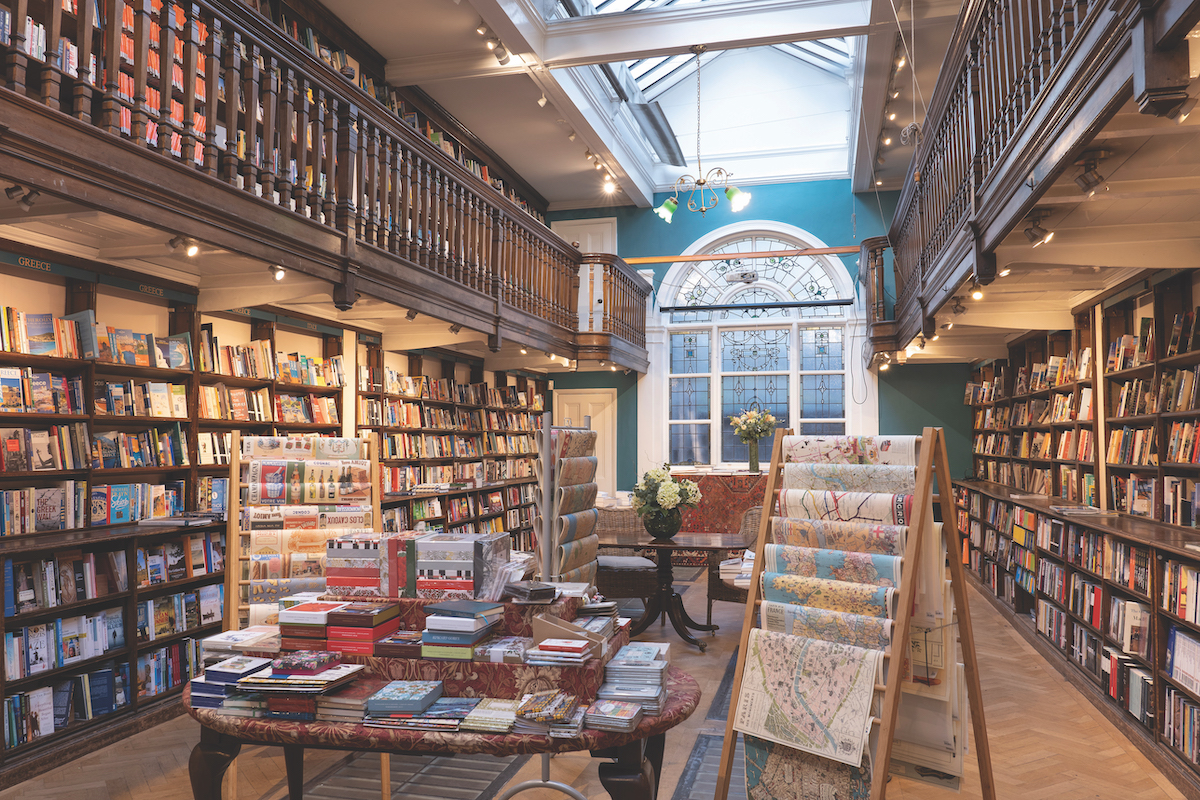 James Daunt is a man in a hurry. When I meet him at 8am at the back door of Barnes & Noble’s 5,760-square-metre flagship store in New York’s Union Square, he has spilled his coffee down the front of his cornflower blue shirt. “Breakfast on the go,” he smiles, trying and failing to cover the stain with his navy blazer as he hurries into the store. The new boss does not have a moment to waste.

Since Borders went bust almost a decade ago, Barnes & Noble has had the US chain bookstore market to itself, but the company has still not been able to fend off the ravages of Amazon. The Seattle giant now accounts for almost 50% of book sales in America, compared with Barnes & Noble’s 20% – and that’s falling.

More than 100 of Barnes & Noble’s US stores have closed over the past decade, taking the total to just over 600. Sales are falling by 5 to 8% a year, sending its market value plunging by more than A$1.5 billion over the past six years.

“There is an existing bookstore model that will come back if we do some simple things well.” – James Daunt

Daunt’s job is to reverse the slide in 18 months – or he and the company will be out of business. “We need to get back to a 10%-ish margin so we can make enough money to reinvest in our stores,” he tells me. 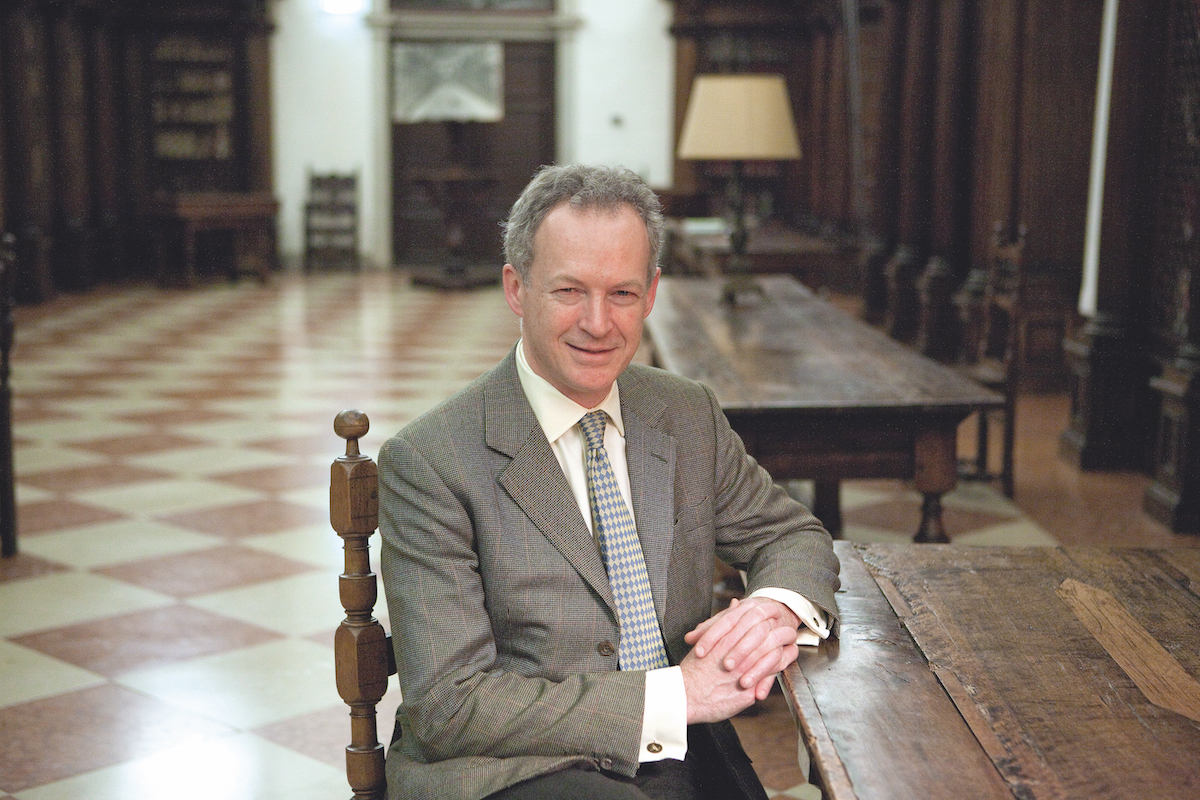 Looking around Barnes & Noble’s most important store, the task looks hopeless. The carpet in Union Square is threadbare and the veneer on the shelves is chipped and cracked. The books on display are a jumble sale of the good, the bad and the hopelessly irrelevant. Daunt’s eye alights on a copy of the Guinness Book of Records at the entrance.

“You’re in the largest, best-known bookstore in the greatest city in America and that is the first thing you see when you walk in,” he snorts with derision. The cafe on the top floor is like a bad motorway service station, with back-breaking chairs and coffee that is as beige and bland as the wallpaper. And, for reasons no-one can explain, the store sells dolls.

But the 56-year-old former JP Morgan banker likes a challenge – and proving people wrong. When he left the City of London to set up independent Daunt Books in Marylebone in 1990, it was during the heyday of chain bookstores, such as WHSmith and Waterstones, which was then owned by entertainment behemoth HMV. Daunt proved there was still a market for a more personal, more curated experience and went on to open five more Daunt stores in London.

When Amazon launched and chain bookstores began to founder, HMV sold Waterstones to Russian billionaire Alexander Mamut in 2011. Mamut headhunted Daunt to be its new CEO. Detractors scoffed anew. How could a minnow, ‘Jimmy six shops’, save a beached whale? But with the financial backing of Mamut, Daunt returned Waterstones to profitability in just four years. It now earns a 10% margin on sales of roughly A$695 million a year. 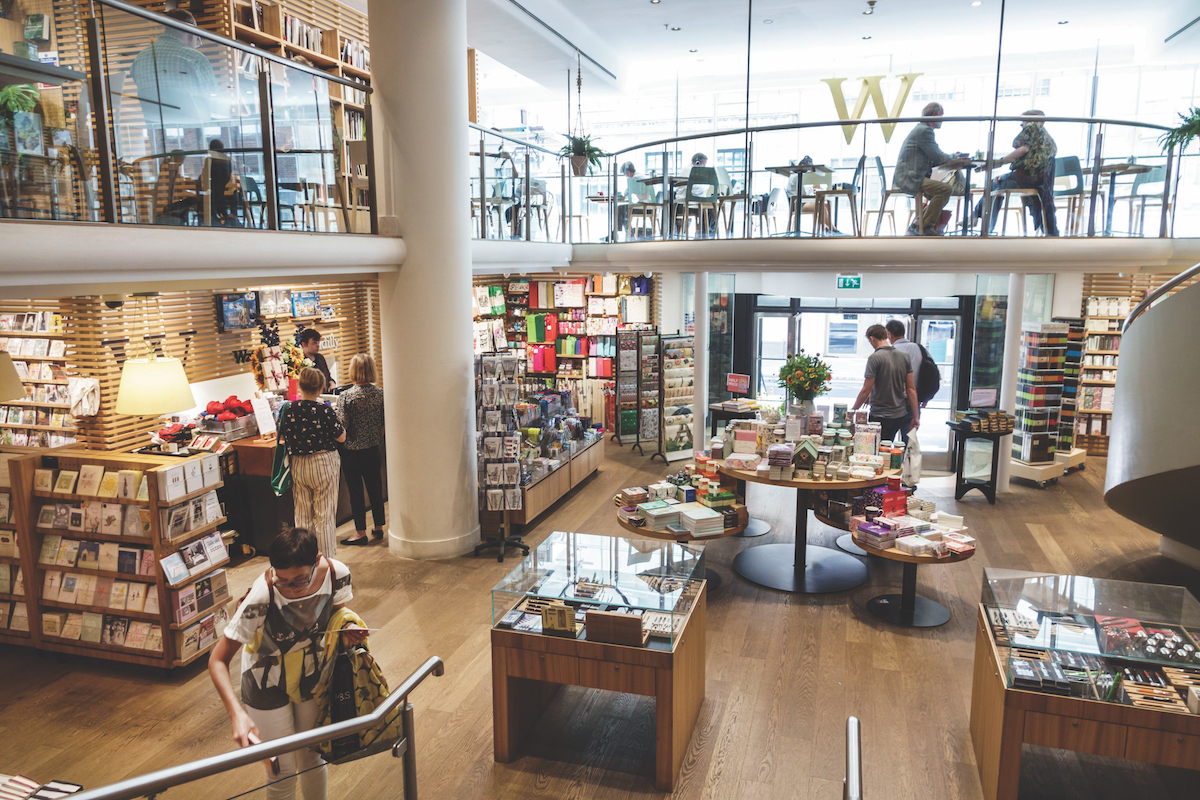 Waterstones now earns a 10% margin on sales of roughly A$695 million a year.

Barnes & Noble is a much bigger challenge. It is the largest chain store in the largest global market and it is in deeper trouble than Waterstones was when Daunt took over there. That’s partly because the competition from Amazon is greater. As well as its enormous online presence, the retail and tech behemoth has 19 bricks-and-mortar bookstores across the US, and plans to open more.

What’s more, Daunt will be stretched by having to commute between New York and London – he’s retaining his role as CEO of Waterstones. But he reckons he has the business manual to fix things – because he wrote it and has already used it to great success. It’s the one he used to pull Waterstones back from the brink.

Barnes & Noble is suffering from the same malaise as Waterstones when he took it over, he says. It has the same one-style-fits-all approach, selling the same books in an identical way in all its stores, no matter whether they are in a mall in Kansas or Union Square. “That totally ignores local cultural tastes and expectations,” he says in his soft English tones befitting the son of a diplomat.

Daunt put the local back into Waterstones by empowering existing staff to choose the books they thought would work in their town. “We made each store like an independent bookshop unique to its location,” he says. In future, each individual Barnes & Noble will be able to do the same. Staff will pick their own recommendations, bestsellers, book of the month and book of the year “entirely as they see fit”. The approach galvanised staff at Waterstones and Daunt is confident it will be the same in the US. “The staff have got what it takes.” 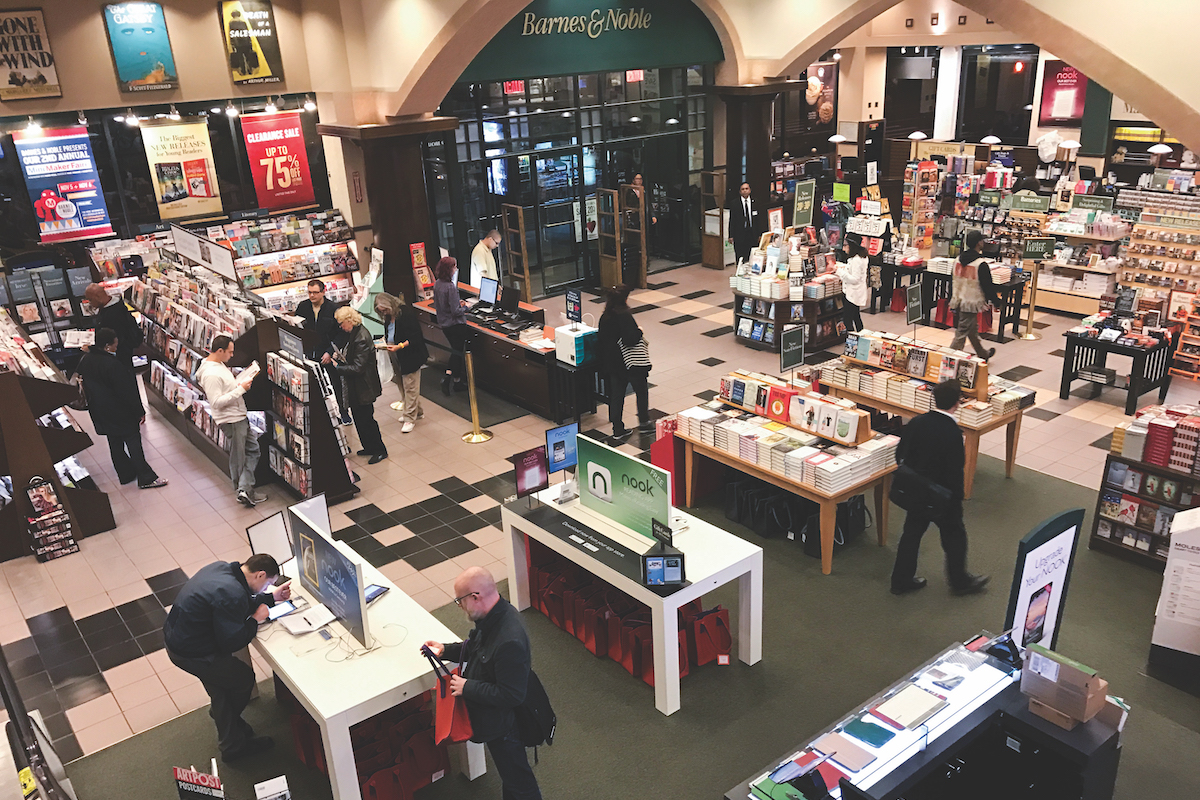 Daunt is on a mission to save Barnes & Noble.

He’ll know he has succeeded when a US store manager does what one Waterstones manager did. She celebrated her freedom by removing all the books and fixtures HMV had ordered her to use and put them in a giant pile with a sign on top, saying: “Shit from head office”.

Daunt has a second string to his turnaround bow. He intends to scrap the traditional model of book retailing in the US whereby publishers pay a fee to retailers to dictate which books they stock and where and how they are displayed “because it makes it impossible to create an independent, local feel”.

Daunt believes he can persuade publishers to trust him and his local teams to choose which books to stock and promote – while still paying for promotion. “I need to work out a system where they pay to put Fleishman Is in Trouble, a very metropolitan novel, at the entrance to the New York store, but Fix Her Up by romance author Tessa Bailey in the Deep South.”

It will be tricky. Publishers like the certainty of knowing how and where their books will be promoted, and many retailers like the guaranteed cash. But publishers are at least prepared to listen. Brian Murray, President and CEO of HarperCollins, says he is “open to hearing what James has to say and how he plans to implement it”. 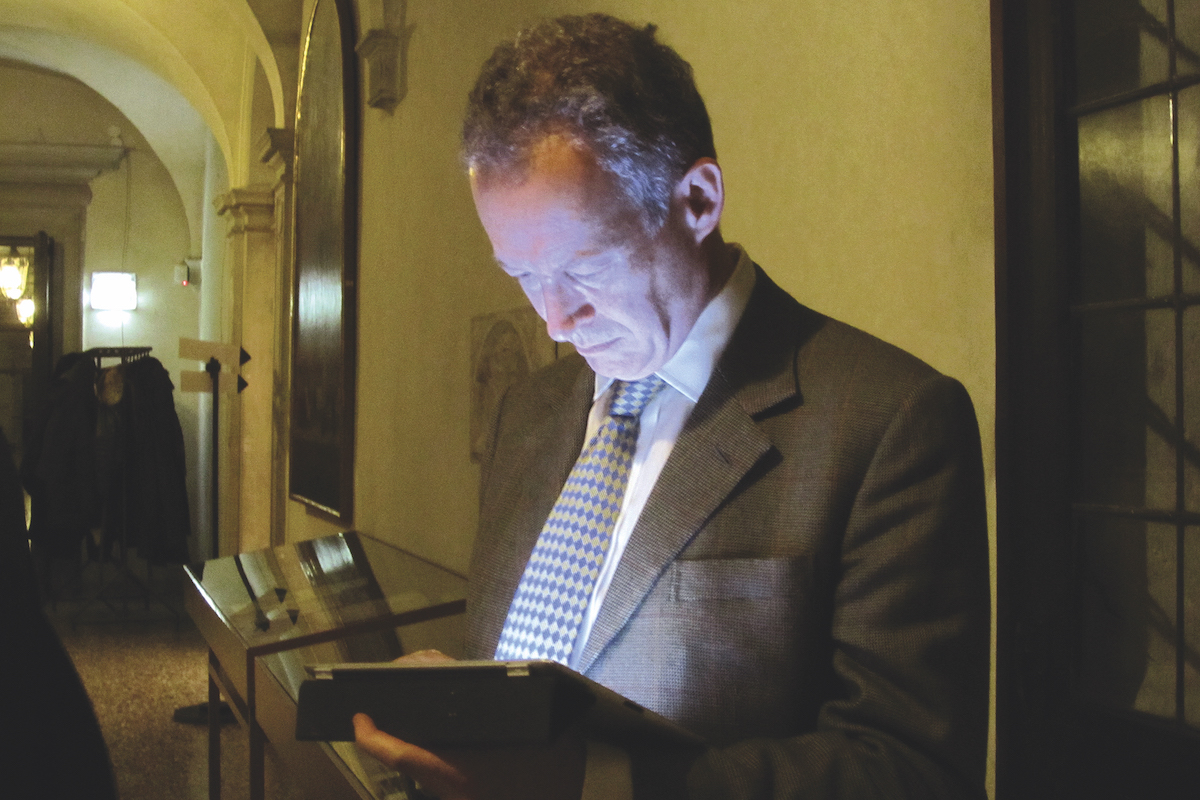 Daunt has acquired some powerful backers. Oren Teicher, CEO of the American Booksellers Association, is “rooting for him to succeed”. Market trends might also – at last – be turning in his favour. Sales of books in all forms, including ebooks, are rising, or at least have stopped falling. Independent bookshops are thriving in the US, latest figures from the American Booksellers Association show. There are 2,524 across the US today, up from 1,651 in 2009.

So far, so positive. But America is the graveyard of British retailers. For every Virgin, there’s a Tesco. The UK supermarket chain’s bosses blew A$2 billion trying to crack the world’s biggest grocery market. Can Daunt really be confident that his “Briddish” model will work?

“Yes, because I’m not trying to impose a new thing. We’re not going to put in a new format.” That’s a reference to Tesco that thought it had found a niche for a small-sized, easy service, fresh produce chain in the crowded supermarket sector for its Fresh & Easy chain. It hadn’t.

“There is an existing bookstore model that will come back if we do some simple things well.” And, with that, he’s off to find a new shirt and another coffee.