The business that rewards individuals with performance bonuses could be doing more harm than good. Motivation and remuneration: inherent contradictions 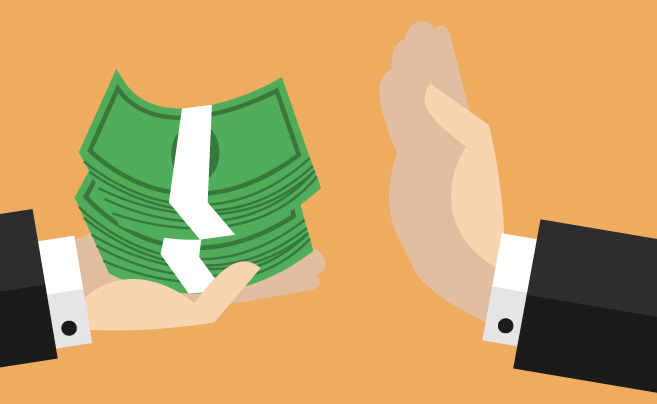 Every business espouses the universally admired concepts of values and ethics, which they say underpin their way of operating. However, often their remuneration practices don’t reflect these values or even what we know about motivation and human behaviour. If integrity, teamwork, whole-of-business thinking, and customer-centred behaviour really matter to business, then our usual way of paying staff creates considerable conflict.

For example, we know that behaviour which is measured and rewarded increases. However, a focus on individual incentives is inconsistent with creating co-operative team behaviour. It is common practice to attribute winning new business to individuals and reward them accordingly and at the same time to expect cooperative team behaviour and energetic cross-selling. Team behaviour increases when it is rewarded. The secondary rewards of creating a better firm, which everyone can feel proud of, do not eclipse self-interest for many people, particularly competitive people.

A small private equity firm in Asia recently decided to align its practice with its principals. It had the advantage of being a new enterprise that could design its own remuneration structure. It set the bar high for admission to its group of partners. However, having done this, profits would be split equally across the group. Once you gained a position on that team you could be confident that every other partner wanted you to succeed, and the rewards were shared. There were no arguments about whose relationship with the client resulted in work coming in the door, and there was no territorial behaviour around client relationships.

These models are made even more challenging when you factor in the difficulty in measuring who has brought in work. In many firms where client relationships are not owned, the choice to engage a team or identify a supplier can be the result of multiple relationships, as well as other variables such as the firms’ brand and reputation. Quantifying and apportioning value to these is not a simple matter. It is complicated by the fact that most people are inclined to subjectively over-emphasise their own influence.

We know that client trust increases when we act in the client’s interest rather than self-interest.

Financially rewarding individual contributions to profit does not lead to energetic cross-selling and all-of-business decision-making.

Many professional services firms measure fees or chargeable hours. This can create issues if the calculations for bonuses are based on short periods of time. Smart firms understand that the long-term client relationship and client trust are paramount and factor this into any consideration of chargeability.
They recognise that a long-term relationship is more beneficial than the fees generated by any individual piece of work.

But in other firms, short-term thinking and over emphasis on chargeability will encourage some ambitious, over-confident individuals to attempt to extract the most juice from the grape at every opportunity. The frequency of measurement exacerbates this problem. It is difficult to have a long-term view when you are measured on monthly contributions.

Intrinsic factors most important for motivation

We know that extrinsic factors cease to be motivating at a certain level and intrinsic factors are more meaningful and enduring. However, most incentive schemes still focus on money and status objects.

After a certain level, more money ceases to create more motivation or increased job satisfaction for all but the most greedy. This has been widely demonstrated in organisational psychology for decades and was recently confirmed by research, specifically with CEOs, in 2014*. However, we continue to see businesses rely primarily on money rather than additional incentives with more intrinsic meaning to reward their executives.

Alternative rewards such as time off to participate in top quality international executive training would appeal to those who are motivated by intrinsic factors. These people are the very ones we want to keep engaged in our workforce. Their drive to learn and immerse themselves in stimulating work underpins entrepreneurial business.

‘People do what they are paid to do’

In summary, it is my experience as a psychologist that people do what they are paid to do. They also use their colleagues as a reference point for what is acceptable in the pursuit of success.

Few people are naturally motivated to come to work and deceive. However, when they are strongly incentivised to write more business they will work to maximise their personal incomes and compare their results with their colleagues. Before long individuals can move into the territory of questionable behaviour to keep abreast of others and demonstrate their ability to meet competitive performance targets. ‘Everyone does it in this industry’ encompasses a multitude of wrongdoing. In these situations individuals also feel diminished personal responsibility as they see the standards for acceptable practice to be set by others.