Outlook for Australian growth and investment

What a difference a year makes, with the optimism of global CEOs twice that of the previous year and the highest since we first started asking the question in 2012, states PwC CEO Luke Sayers. 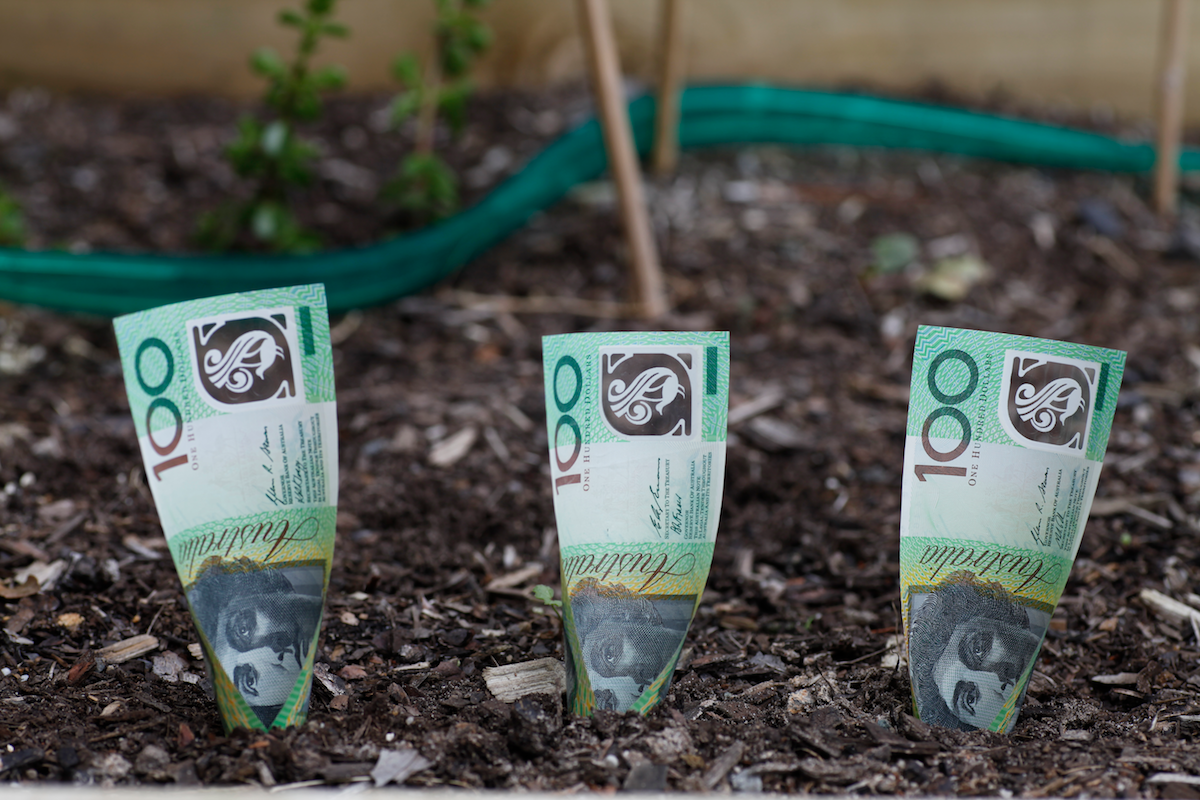 Confidence among CEOs across the globe is at an all-time high and the US administration’s business-friendly policy changes around regulatory and tax reform are already paying dividends, as all eyes turn to the US as a destination for global capital. On the flip-side, Australia’s appeal as a place for businesses to invest is moving in the opposite direction.

What a difference a year makes, with the optimism of global CEOs twice that of the previous year and the highest since we first started asking the question in 2012.

It’s amazing to see optimism and general sentiment so high and it’s important to understand what’s driving it – the stabilisation of global commodity prices, the steady recovery in the Eurozone, growth of the US economy at three per cent and growth in China of around 6.5-7%.

Pointing to this US and China growth, the IMF has increased forecast global growth to 3.9% for both 2018 and 2019, a 0.2 percentage point increase from its last update in October.

But it’s the US factor that cannot be underestimated in these results.

Last year only 39% of CEOs from North America said they were very confident of their companies’ near-term prospects. This figure has jumped to 53% this year.

And it’s not just North American CEOs who are bullish about the US, with 46% of CEOs globally naming the US as critical to their own growth prospects, up from 43% in 2017.

This figure is even more stark for Australian CEOs who named the US and China as the top two markets that are most important for their growth prospects, with the US significantly increasing its position to 73% in 2018, up from 57% in 2017.

However, what is concerning is that Australia has dropped out of the top 10 as a destination for global capital, falling from 10th position in 2017 to 11th in 2018.

Australia is now one of the highest taxing nations in the OECD and if we don’t act, embark on real and meaningful regulatory and taxation reform, our relevance globally will continue to decline.

On the global stage, Australia is a very small player, which means we need market leading and highly competitive policy settings and a business culture driven by innovation to maintain a relevant seat at the table. 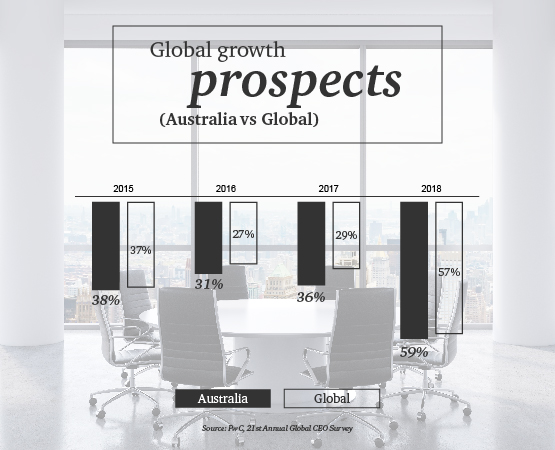 Do CEOs believe global economic growth will improve, stay the same, or decline over the next 12 months?

Our economy is dependent on foreign investment to continue to grow and without it, future prosperity is under threat.

The US administration passed its tax reform package at the end of December 2017 and we are already seeing signs of this flowing through to the economy.

Reducing Australia’s corporate tax rate in Australia will have a number of flow-on benefits to our community including wages growth, investment and new jobs. As evidence of this mounts in the countries who have already dropped their rates, I hope the case for change here becomes irrefutable by all.

And it’s not just the direct benefits for Australians we risk by inaction. This is also about competition for global investment and if we remain where we are today, we should expect to see investment dollars flow offshore.

Explore the courageous decisions CEOs and organisations need to make for 2018 via our PwC CEO Survey results.