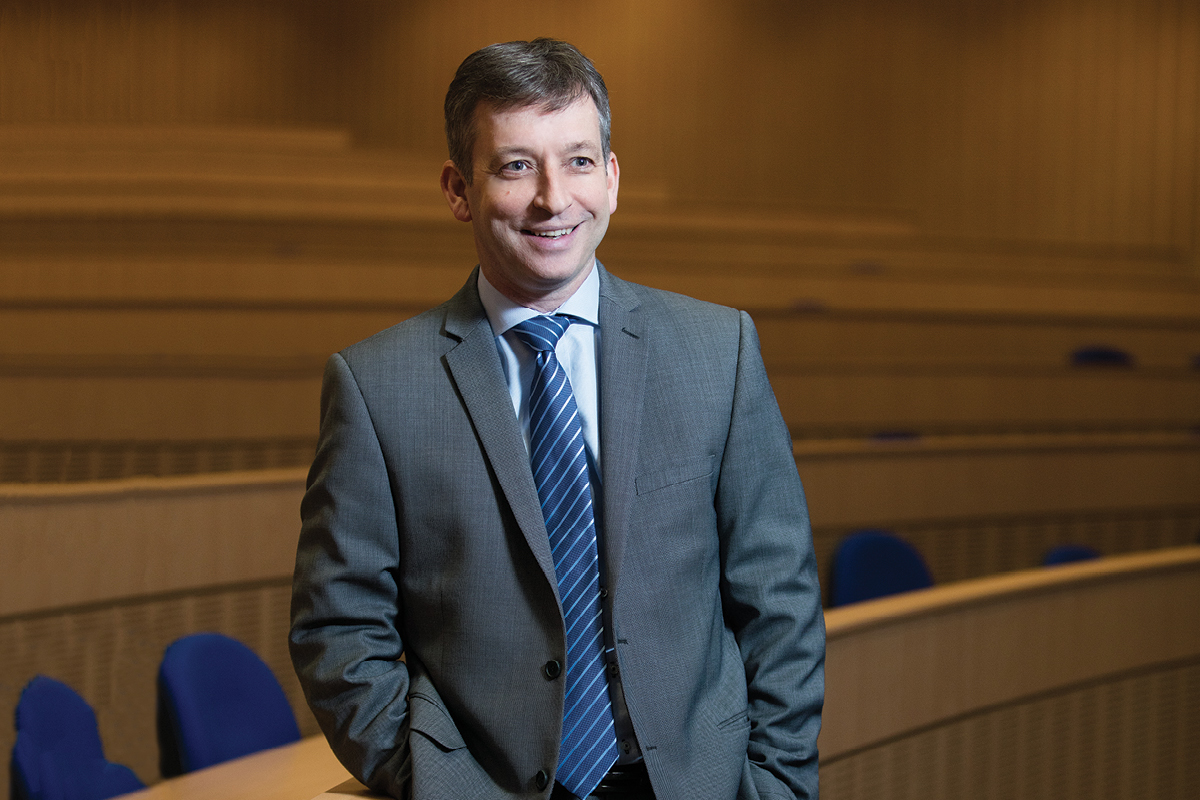 Alec Baldwin features in this Aussie financial services story. But for a change, the actor currently renowned for his Donald Trump impersonations is not the star of this show. More on that later.

This story is really about Latitude Financial Services CEO Sean Morrissey, who was given the task of guiding the company through one of the biggest transactions in Australian history.

Bringing the business back to life

In November 2015, GE Capital sold its Australian and New Zealand consumer lending arm to a consortium consisting of KKR, Värde and Deutsche Bank. Following the transaction, Sean was headhunted for the CEO position of the consumer lending arm as it began settling into its new identity as Latitude Financial Services. “The funny thing is that I was with GE for approximately 16 years,” he says. “Then they came and asked me to run an old GE business.”

When Latitude legally separated from GE, Sean says, it hadn’t totally separated physically. Over the course of nearly two years, it had to take over more than 80 key services from GE, including major HR and finance systems right down to email and telephone systems. Sean highlights the work of its IT team through this process, saying they “worked incredibly hard to separate the infrastructure”. 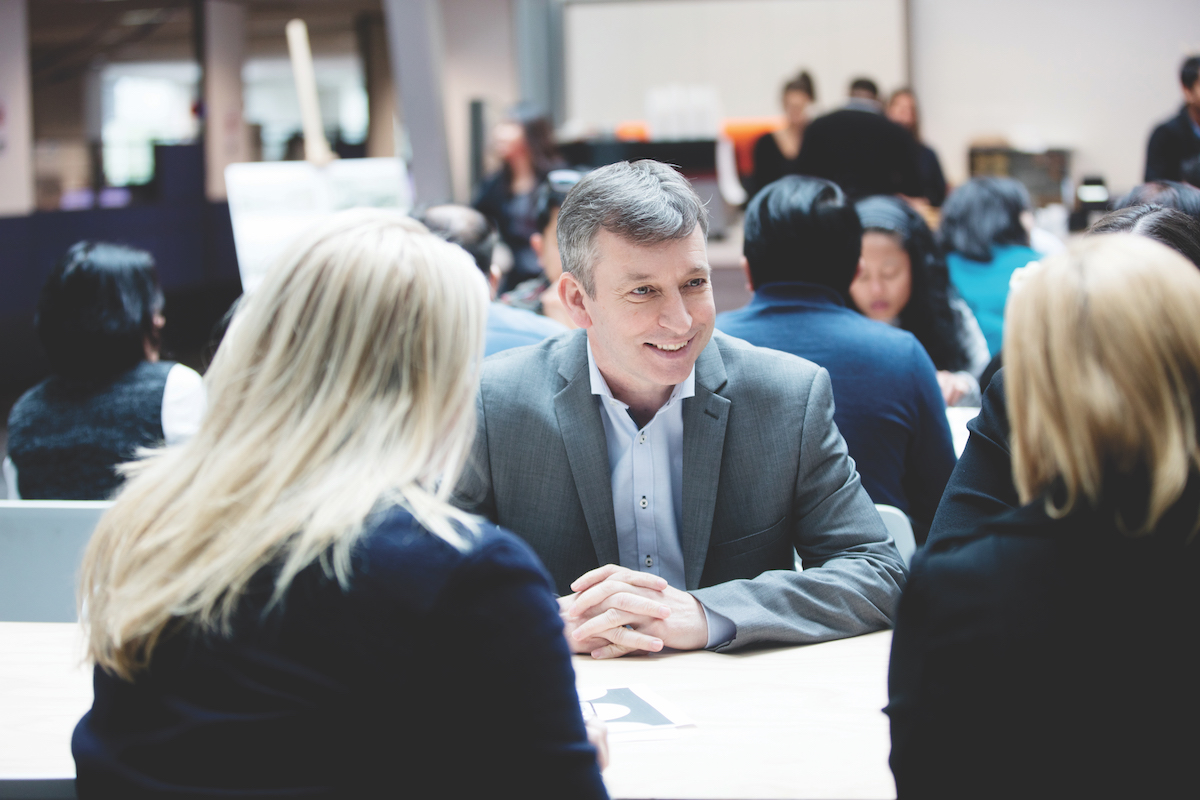 He says another challenge that went with separating from a parent company as large as GE was finding new sources of funding. Latitude put a fresh treasury team in place, and made its first public debt offering to the market through a credit card master trust.

“Effectively, over the course of 15 months, we’ve gone from one group of three-year funding with around 14 funders and are now in a position with more than 40 funders, which represents an enormous amount of interest from investors. Further, the funding ends at different periods of time – some three years, some five years,” he explains. However, the major overarching focus was, in Sean’s words, “bringing the business back to life”.

In October last year, Latitude launched a rebranding campaign to jump-start this revival. So back to Alec Baldwin. How does the long-time Hollywood actor fit into the Latitude story? The connection is not as far-fetched as you might think.

In fact, the answer lies with a quick flick of the remote on your TV. Latitude recruited advertising agency CHE Proximity for the campaign, which then recruited Baldwin to headline in several TV spots. In the ad, Baldwin appeals to Australians to make better choices when financing a car, a holiday, or even the classic pub schnitzel.

The commercial also stars the Latitude team of ‘superheroes’, referred to as the ‘betterers’, rescuing average Australians from their financial servicing woes at the pub, where all-important decisions seem to be made. Baldwin was code-named ‘Frank’ during filming to keep the campaign under wraps and to ensure the reveal remained spontaneous.

“There were probably only a dozen people who actually knew who ‘Frank’ was,” Sean says. Even during filming, the betterers and Baldwin never crossed paths – the betterers and the pub background were filmed in Sydney, while Baldwin filmed his bit in New York. It was an incredibly innovative first, with Sean adding that the guy responsible for putting the ad together said “he’d never combined two plates [!pieces!] from different continents before.”

An alternative to the big four banks

The risk is paying huge dividends. After just three months of the campaign, 16% of the Australian population has an awareness of Latitude as a brand – a figure that, Sean says, continues to climb. Further, customer applications have increased by 40% since the advertising campaign was launched.

“We were just brave enough to take the chance. The important thing is that what Alec has helped us do is get the breakthrough in terms of the brand recognition that we wanted.”

The Big Four banks focus 99% of their attention in this market on mortgages, and they don’t really give consumers the choice and
the focus they need.

Sean hopes that through the advertising campaign, the message can sink in with consumers that there are other, and perhaps better, alternatives to the Big Four banks for their specific financing needs. “Let’s be honest: the Big Four banks focus 99% of their attention in this market on mortgages, and they don’t really give consumers the choice and the focus they need when making such important decisions outside of mortgages,” he explains.

“You can do better with Latitude!”

Latitude’s product offering is purely focused on consumer finance, something Sean thinks makes it “unique in this market.” The biggest part of the business is in sales finance, helping consumers with the purchase of items such as whitegoods, furniture and bedding.

“We do that because we recognise the benefits for our business in helping customers acquire the things they want to acquire,” Sean says. Other products under Latitude’s wing include credit cards (it took over GE’s 28 Degrees card, aimed at overseas travellers), personal loans and automotive finance.

Unsurprisingly, that all adds up to a large amount of business. “Overall, we have about 2.6 million customers, making us the largest non-regulated consumer finance business across Australia and New Zealand by quite a significant length. We have just under A$7 billion of lending out to consumers,” says Sean.

Regardless of the product being offered to consumers, according to Sean, the main goal is essentially the same. He says Latitude is just “obsessed with providing better outcomes for our customers, for our employees and for our shareholders”. Baldwin puts it more simply: “You can do better with Latitude!” he asserts through the TV screen.