Why the haters mean nothing to Gwyneth Paltrow

The Hollywood star is having the last laugh as Goop, her US$250 million alternative lifestyle business, thrives through COVID-19 with rumours of an imminent initial public offering.

The crisis that set the wheels in motion for the eventual launch of such oddities as psychic vampire repellent, at-home coffee enemas as well as 18-karat gold dumbbells involved gelato. It was 1999 and Hollywood superstar Gwyneth Paltrow was filming psychological thriller The Talented Mr Ripley in Venice when she had an understandable craving for ice cream.

Now, the Italian floating city is not known for its shortage of such snacks, but the Oscar winner didn’t want any old choc-chip sundae; no, she wanted the very best. And despite the presence of a quarter of a million Venetians, she had no idea who to ask.

A similar thing had happened the previous year in London on the set of Shakespeare in Love when she’d fancied a coffee. The final straw was during a shoot in Paris when she needed a recommendation for where to get a bikini wax.

“I’ve personally been steered wrong so many times,” she says, “I unwittingly became the recipient of phone calls from friends saying, ‘Where should I eat here? Where should I go?’ so I started collating all this information.”

Fast forward nine years and Paltrow had squirrelled away enough tidbits to start producing a weekly newsletter from her kitchen table in London. She called it Goop – the first and last letters being her initials, and the middle two because someone advised her that successful websites often have a double ‘o’ in their names.

“Goop was originally going to be just a private database for my friends,” she says. “I had access to such interesting people by the very nature of my job, so it came about as a place to share information and ideas.”

And it may have remained a homely and modest venture for her cohort, had Paltrow not bumped into one of her followers, venture capitalist Juliet de Baubigny, at a party. At that time, the actor had no idea what venture capital was, but was intrigued when de Baubigny told her she should be making money from her growing fan base of women who hung on her every word about healing amethysts, steam cleaning and mushroom protein while dreaming of experiencing even a tiny slice of her rarefied existence.

“People initially were like, ‘This is nuts’. Now look: it’s a billions of dollars market.” – Gwyneth Paltrow

Once upon a time, they had wanted to be Martha Stewart, but by then, her eponymous ranges were in Macy’s and Kmart, so the hunt was on for someone more aspirational.

“A lot of women in our 40s are like, ‘We don’t want to age the way previous generations did.’ Not necessarily physically, but we want to feel good,” Paltrow says. “I try and succeed and fail all the time in all kinds of ways. But it’s the pursuit – you know what I am saying? But that pursuit is in me. It’s relentless, and I always want to live life to the optimal fullest and in every way, even in quiet, small ways.” 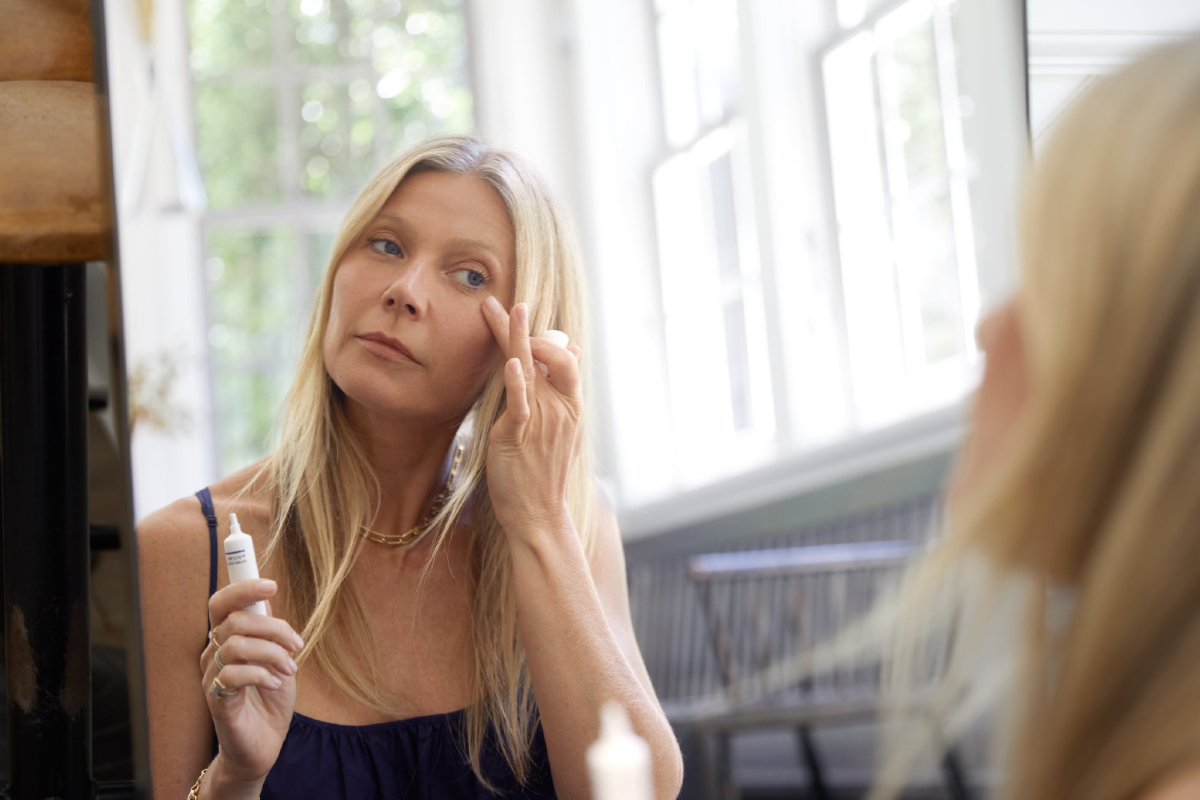 Goop grew gradually at first as Paltrow established her healthy living credentials through cookbooks and detox programs. The Atlantic described her 2013 book, It’s All Good, as a “bible of laughable Hollywood neuroticism”, but that didn’t stop it becoming a bestseller.

An important turning point for Goop was the appointment of Oxygen Network Co-Founder Lisa Gersh as CEO to oversee the move from merely recommending other companies’ products to setting up its own ecommerce operation to sell vitamins, skin care, fashion and an ill-fated magazine through Condé Nast, which was championed by Vogue doyenne Anna Wintour as “something remarkable”.

As it turned out, the most remarkable thing about it was that it folded after just two editions. Its demise came about when the Condé Nast journalists insisted on fact-checking some of Goop’s so-called experts’ evidence-lacking claims.

One spat reportedly occurred when naturopathic physician Linda Lancaster advised readers to eat or drink nothing but raw goat’s milk for eight days to purge parasites from their bodies. The fact that medical science suggested the diet itself would probably introduce such organisms didn’t bother the Goopsters.

But Paltrow is philosophical. “Somewhere like Condé, understandably, there are a lot of rules,” she reflects. “They’re a company that do things in a very old-school way.”

It was a claim no-one could ever make about her. Whatever the doubters had to say about the brand, Goop was destined to be a success. 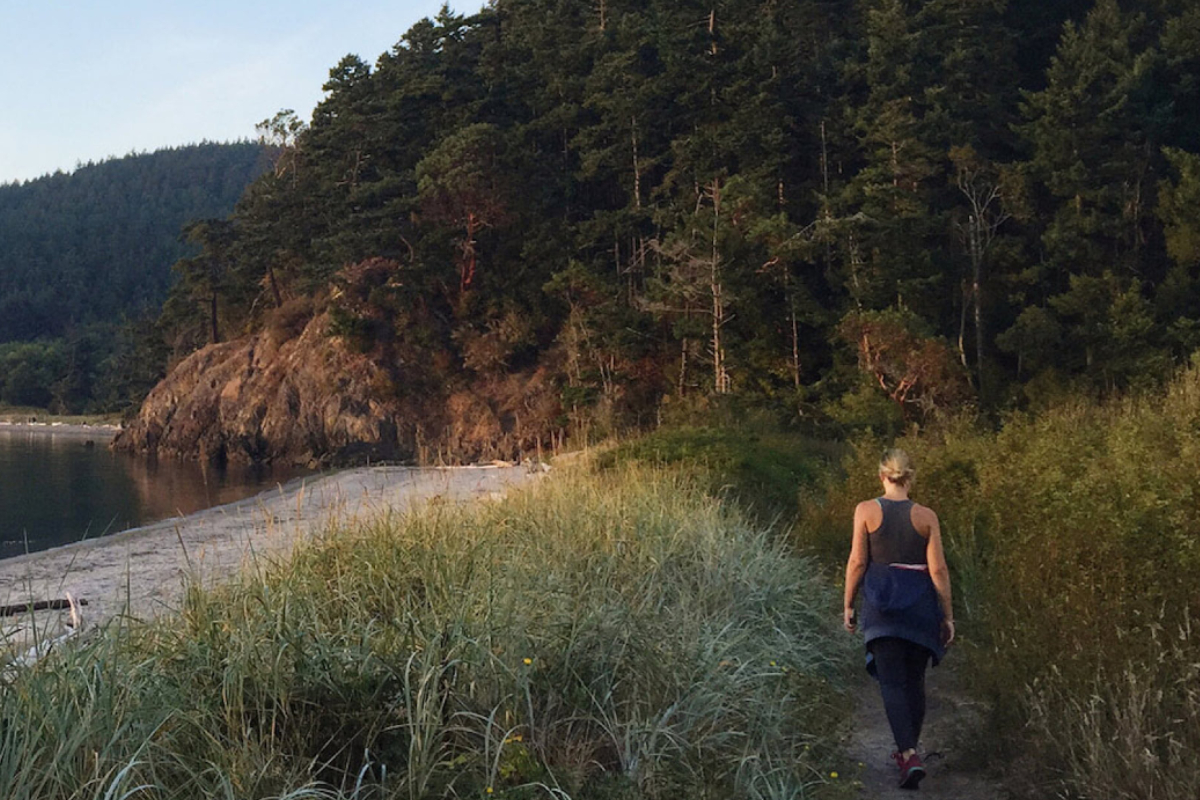 In the past decade, Goop has grown steadily into a multinational powerhouse valued at more than US$250 million. Paltrow scaled down her movie acting to a few cameo appearances including Pepper Potts in The Avengers franchise, redefined herself as an affectionately eccentric lifestyle guru and, much to the surprise of her detractors, proved herself to be an astute businesswoman, steering the company on instinct alone and attracting high-profile backers.

Felix Capital Founder Frederic Court invested in Goop solely because of her and now sits on its board. “She is one of the best entrepreneurs I’ve ever had the chance to work with,” he states. “Since we invested, she’s built a tremendous community and a very strong brand.”

However, the success wasn’t down to her celebrity profile alone. Goop prospered because so many people ridiculed it. The late-night talk show hosts barely stifled their sniggers as she extolled the virtues of jade eggs that are “recharged by moonlight” for intimate detoxing, home-delivery camel’s milk and US$244 toothpaste squeezers.

The media lapped it up when Paltrow eulogised about how she steamed herself through the hole in a hand-crafted Baltic birch seat.

To many, she became a laughing stock but they were missing the point. “People initially were like, ‘This is nuts’,” she smiles. “They thought I was insane and were up in arms. Now look: it’s a billions of dollars market.

“I don’t care about the haters. They are irrelevant to me. It’s like Brené Brown says: ‘I’m not making this work for people who aren’t in the arena.’ Haters don’t mean anything because they are not my people.”

Controversy around Gwyneth Paltrow and Goop

The bad publicity only added to her legend. Her customers were zealot-like in their worship, even when she fell foul of regulators.

In 2017, the not-for-profit group Truth in Advertising filed a formal complaint with the State of California after examining the pseudoscience health claims of 50 Goop products. They included mugwort vaginal steaming to “cleanse your uterus” that left one woman reporting second-degree burns, and Moon Juice Sex Dust to improve libido. It led to a US$145,000 fine but, if anything, boosted sales still further.

Paltrow remains unrepentant. “I have friends with chronic issues that western medicine isn’t healing,” she claims. “We are, as a culture, very resistant to more natural options. There might not be board-certified physicians doing double-blind studies that can lay out the results in the same way; the empirical evidence is anecdotal.”

In January 2021, the medical director of NHS England called her out after she suggested that long COVID (from which she suffers) could be fixed with herbal cocktails, intuitive fasting and infrared saunas. “I’ve been doing some major research and finding some great stuff,” she enthused on one blog post, adding that sugar-free kombucha, a keto and plant diet, and fasting until 11am each day had also helped heal her “brain fog”.

But such rebukes have little effect. Today, Goop is front and centre of the global US$4.7 trillion wellness industry. The alternative lifestyle sector has never had a figurehead who can so effortlessly speak the language of its devotees while having the business acumen to attract more than US$82 million in venture capital. In 2020, rumours swirled that Ravi Thakran, a private equity partner and executive of luxury conglomerate LVMH, was interested in buying the company, provoking speculation of an initial public offering.

With such a prospect, it’s easy to see why all the negativity thrown Paltrow’s way slips off her gently scrubbed back like an organic kale frittata gliding out of one of her US$1,200 toxin-free cooking pots. Love it or loathe it, none of us can ignore the world according to Goop.

US$50 – Cost of attending this year’s sold-out virtual conference.

A$130,000 – Value of Goop Wellness vitamins sold on the day they launched.

8 million – Number of subscribers to the company’s newsletter.

US$150 million – Paltrow’s estimated net worth in dollars.

33 – Percentage of total spending on medical doctors that Americans spend on complementary practitioners.

5.3 – Percentage of global economic output that the wellness industry accounts for.