Before there was goop or WelleCo, Mukti Organics was paving the way in the natural beauty business world. 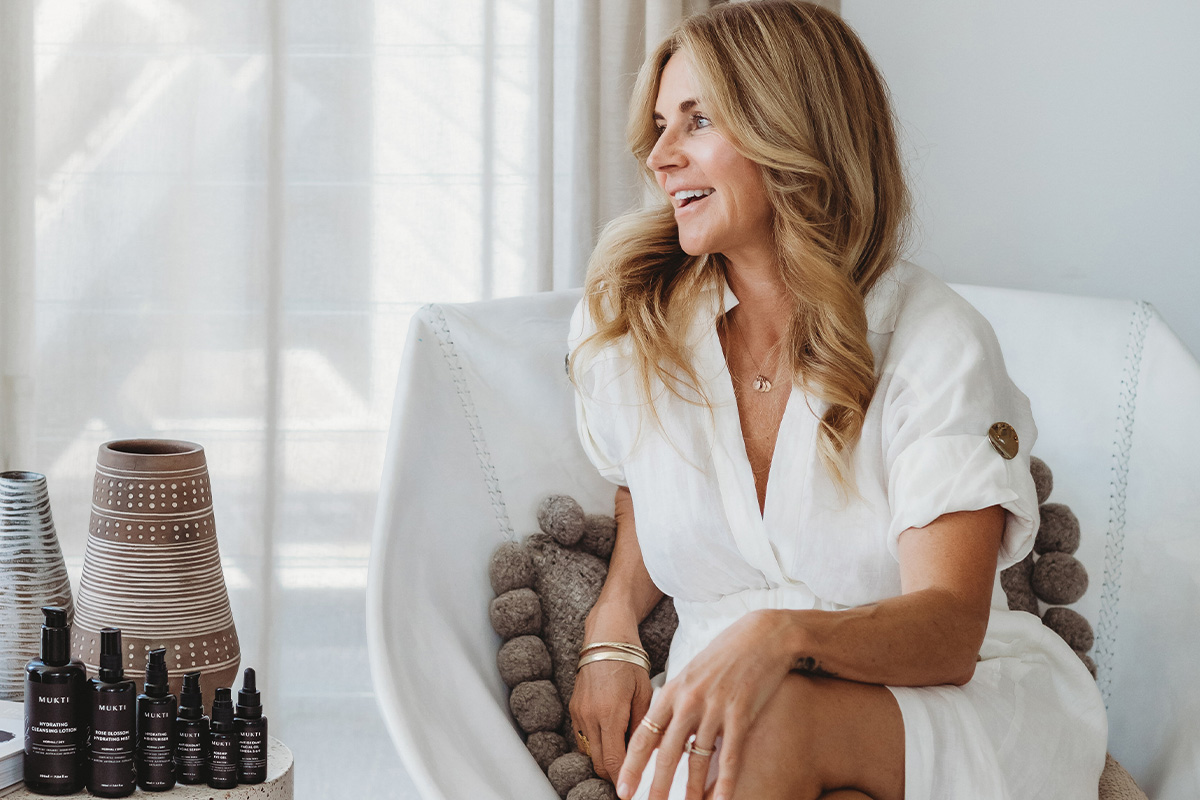 Just a decade ago, natural beauty was a niche market only just starting to edge onto our radars. Now, the eco-movement has exploded into a global multi-billion-dollar industry with a plethora of green cosmetics companies – one of those led by Mukti.

Long before Gwyneth Paltrow and Elle Macpherson joined the wellness industry with respective companies goop and WelleCo, Mukti Organics was an industry pioneer blazing the way to what is predicted to become a US$54 billion industry by 2027.

The award-winning Australian company was founded by mononymous Mukti – a green cosmetic chemistry innovator who set the tone for natural beauty products in 2000.

“Most cosmetic chemists at the time were very negative, so there were very few people to turn to for advice in relation to formulating,” Mukti tells The CEO Magazine. “There was very little assistance. I had to teach myself formulations, techniques, methodology – having a scientific background and knowledge definitely helped.

“It was very difficult, very time consuming; there was a very limited choice of ingredients. Green chemistry was very much in its infancy.

“Now it’s a much easier process. There’s almost too much to choose from now.”

As one of the movement’s trailblazers, Mukti was tasked with educating those willing to embrace natural beauty regimes. Mukti Organics was one of the trailblazing companies offering clean, organic and natural cosmetics - an industry predicted to be worth US$54 billion by 2027.

Driven by the incredible force of social media marketing and the constant availability of informative content online in combination with the fast-paced, digitally connected world in which we live, it is not surprising why so many businesses are now taking a greener approach.

The global cosmetic market grew by an estimated 5.5% in 2018 on the previous year, according to Statista, with the natural and organic cosmetic market growth predicted to soar 9.4% between 2019 and 2025, MarketWatch reported.

Driving force behind the rise

As the world becomes increasingly connected online with a plethora of content at our fingertips, it has led to a growth in education through stories, podcasts and interviews with experts sharing information. 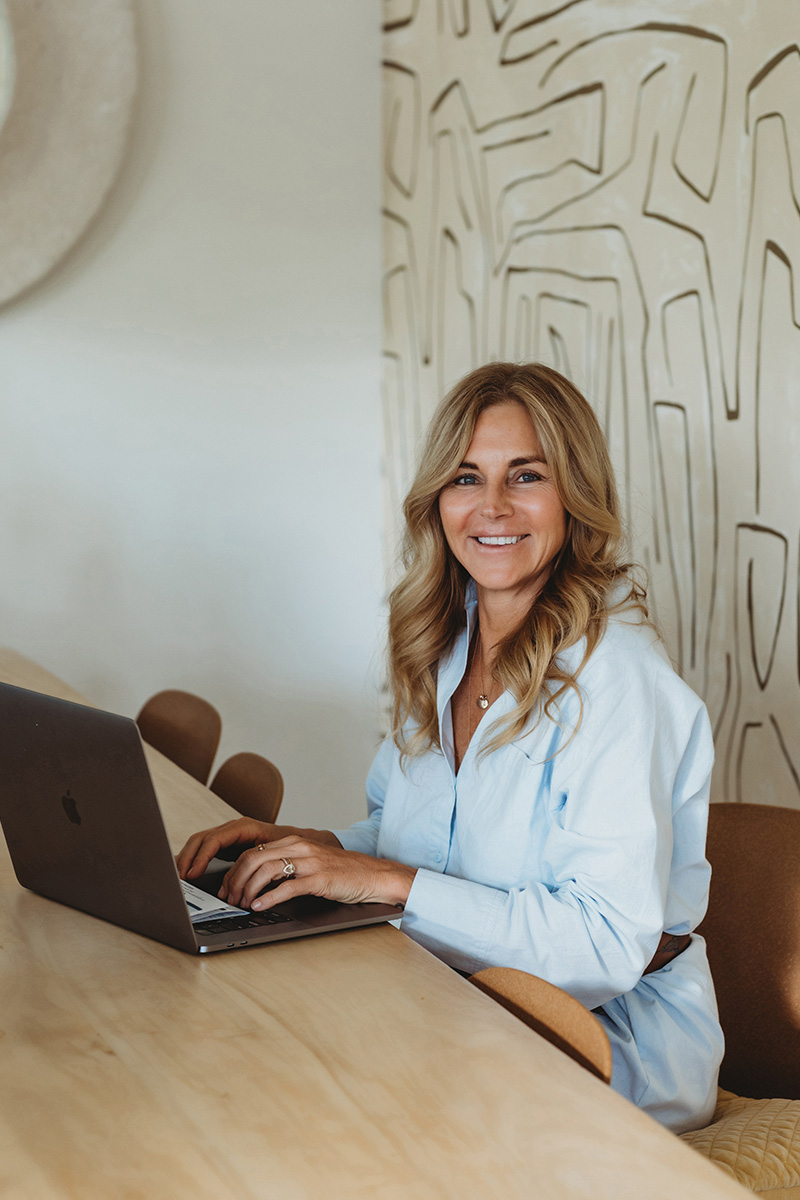 Mukti founded her award-winning business in 2000.

“There’s more dissemination of information, people are asking questions, people are concerned for their health and wellness,” Mukti says. “People are being interviewed that are forerunners in their field.

“A lot of focus has been on the food industry and now it’s moving into personal care.

“People are now seeing inflammation as the root cause of all disease. I feel it was percolating in the background, but it’s just come to a head through this omnichannel dissemination of information.”

The peril to a continuous stream of informative content is the overwhelming sensation of feeling connected to technology instead of the natural world.

“Where the movement is right now, people want to simplify their routines,” the beauty pioneer says. “They’re getting a little bit confused and overwhelmed.

“A lot of people see their face and skin as a science experiment, so it’s time to pare back. People want to take things back into their own control to an extent.

“They’re not supporting big industries as much. A lot of heritage brands are having to reinvent themselves and jump on the bandwagon.”

Mukti on the dark side of the beauty industry

One of the biggest problems with the boom of beauty businesses is the use of buzzwords. Mixed in with very little or a complete lack of regulation allows global companies to claim products are natural, organic or vegan when quite often they aren’t.

“Who knows what people are putting in their products really,” Mukti says. “No-one is walking around with a clipboard checking things off before they go to market.

“People have always assumed it must be safe to use if it’s being sold, and that’s not correct.”

The cosmetic chemist believes the industry has to clean up its act, starting with industry audits of labels and regulating word use.

“There could be up to 300 chemical constituents in one ingredient, then you’ve got thousands and thousands of chemical interactions happening.”

Setting Mukti Organics apart is its COSMOS certification, which means that her clients can trust each product has met organic and natural industry standards.

With a lack of industry regulations, it makes it easier for entrepreneurs to establish their own companies, blindsiding consumers in the process.

“You can do small batch runs, there are online formulation courses that don’t qualify anyone to be a chemist, but they give them formulating knowledge,” Mukti explains.

Those on the right side of industry regulations, like US-based wellness empire goop, which stocks Mukti’s Marigold Hydrating Crème, makes for a positive addition to the competitive marketplace.

“People have always assumed it must be safe to use if it’s being sold, and that’s not correct.” – Mukti

Mukti explains it’s a positive having iconic faces establish their own cosmetics brands to further advocate the importance of natural and organic beauty – not only for a personal level but environmentally as well.

“They’ve got the ability and the platform for far reach,” the businesswoman says. “They’re bucking the status quo, and although they’re under the microscope at the moment, they’re disrupters.

“This whole thing about disrupting the status quo is really important.”

The next big beauty trend

Some of the biggest natural beauty trends companies are seeing are ingestible cosmetics including collagen. However, in the not-so-distant future, Mukti believes the focus will be on fragrance.

“I have no doubt in saying perfume is the next tobacco,” she tells The CEO Magazine. “I put it in the same category as all those things that have an intrusive effect on human organisms. 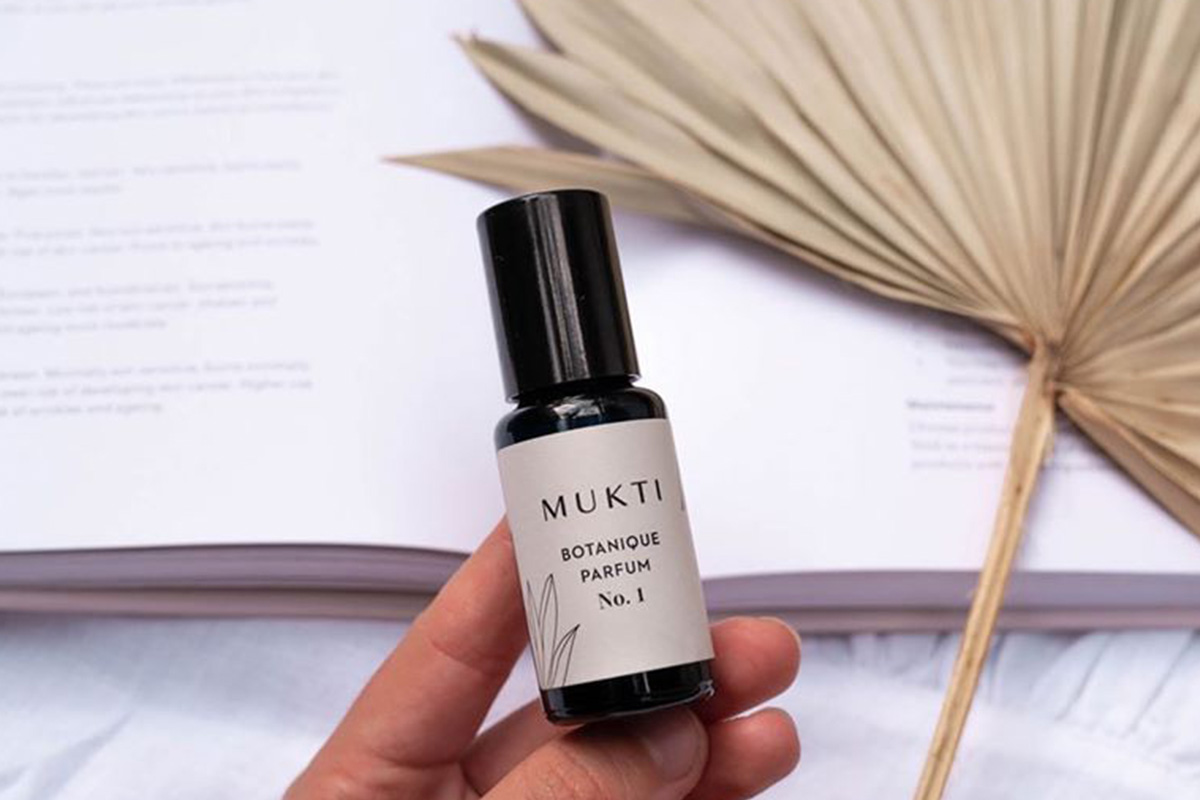 The green cosmetic chemistry innovator believes the next big beauty focus will be fragrance.

“You’ve got things like phthalates in perfumes that help it adhere and stick to the skin – most people aren’t even aware of that and yet they’ve got headaches and nausea and respiratory problems.

“It’s slowly coming to light that perfume could be the thing that’s making someone ill or effecting their immune system because it’s put right onto their thyroid gland and pulse points.”

And it’s these harsh realities Mukti shares through her book, aptly named Truth in Beauty.

“I have no doubt in saying perfume is the next tobacco.” – Mukti

Encouraging consumers to question procedures and educating people about reading labels and making the journey to switch to organic, natural beauty are some of the lessons the businesswoman has penned.

“That’s what all ties into the name Mukti, which means freedom, liberation and false knowledge, and ties into the back story of the brand’s name.

“We have to do that now in every area of our lives, especially with what’s happening in the world now (with coronavirus).”