The top countries for work–life balance in 2021

Discover what makes these countries attractive places to live and work. For many people around the globe, the COVID-19 pandemic prompted us to rethink how we use our time and what really matters to us most. For some, there may have been a realisation that not enough time is spent with our family and friends; for others, teleworking or remote work created more space to pursue our fitness goals or personal care.

The main factors that contribute to a healthy work–life balance include overall work intensity, the percentage of employees able to work flexibly in terms of location and work hours, and finally how active and happy people are. The top countries for work–life balance were selected from the ‘Cities With the Best Work–Life Balance 2021’ report by Kisi, an industry-leading technology company. The maximum number of working hours for Finnish employees is eight hours a day or 40 hours a week. However, there is usually flexibility around the start and end of an employee’s work day as well as the location for at least half of their working time. This is also known as flexiwork, which has been operating since 1996 thanks to the Working Hours Act.

By 2011, Finland was leading the world in flexible work arrangements with 92 per cent of companies enabling employees to adapt their hours. Compared to other European nations, the percentage of those working remotely as a direct result of the COVID-19 pandemic was higher in Finland at 59 per cent. Meanwhile, the rest of Europe’s remote workforce accounted for 37 per cent.

“Helsinki has been named the best city in the world for work–life balance, and I think that this underlies a lot of the mentality around remote work,” says Johannes Anttila, a consultant at organisational think tank Demos Helsinki.

The Finnish capital is home to around 500 technology companies, which offer their employees freedom around where and when they choose to work. This presents the opportunity to relax in a sauna or enjoy ice swimming during a lunch break.

With a population of around 5.5 million people and an estimated two million saunas, Finland has a strong sauna culture. Additionally, a harsh winter simply means Finns can take part in activities like ice skating, skiing and dog sledding. As nature enthusiasts, they enjoy exploring the islands of the Baltic Sea as well as hiking and biking outdoors.

One-third of Helsinki consists of green spaces, including beautiful parks and forests, and the entire country has numerous national parks and wildlife areas that were visited by nearly 9.2 million people in 2020.

Wellness and fitness in Finland

Compared to other European countries, Finland (54.1 per cent), closely followed by Denmark (53.4 per cent) and Sweden (53.1 per cent), has the highest number of people who exercise for a minimum of two-and-a-half hours per week.

More than half of the Finnish population between the ages of 30 and 64 engage in at least an hour of moderate physical activity each day. The mental health benefits of fitness is likely to be one of the reasons for the country’s top ranking in the ‘World Happiness Report 2021’. 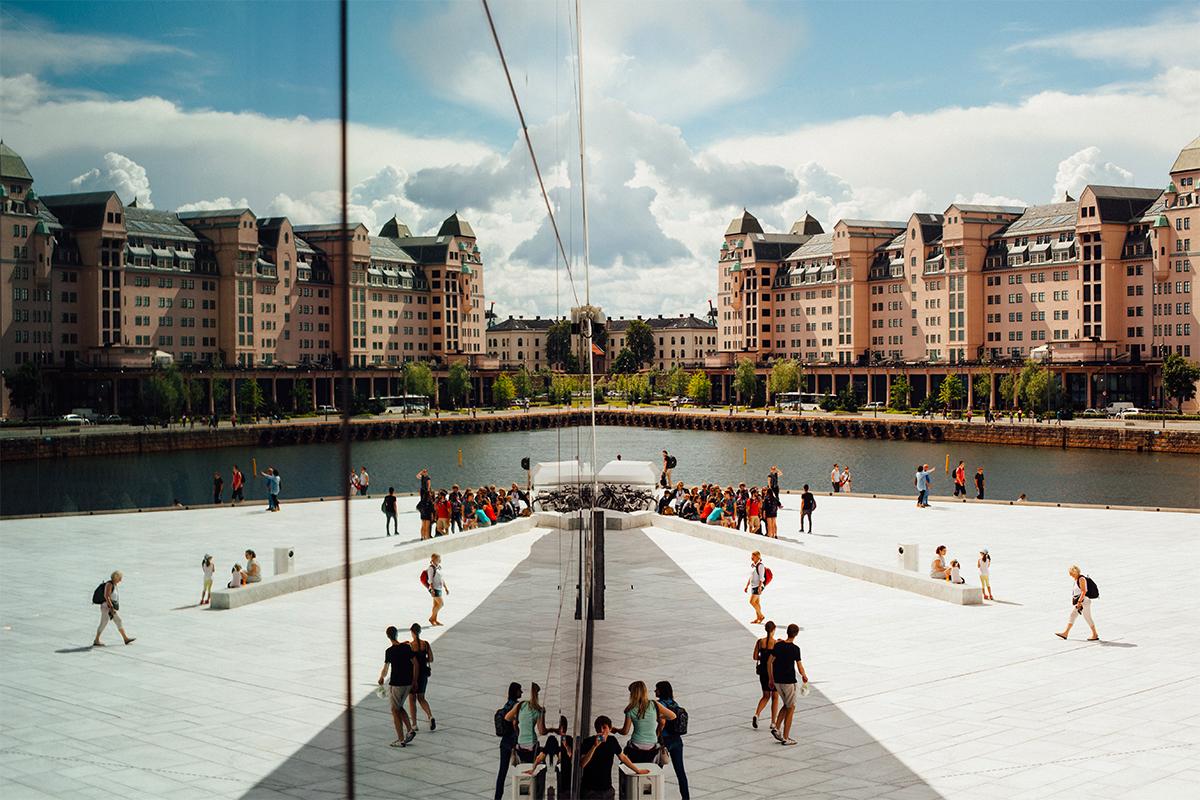 In Norway the maximum number of working hours is 40 per week, although 37.5 hours is considered to be the norm. In 2020, the nation ranked third globally in terms of its productivity, as revealed in ‘The World’s Most Productive Countries in 2020’ report by Expert Market, which investigated productivity levels in 42 countries using information from the Organisation for Economic Co-operation and Development (OECD) and World Bank Data. It suggests that a shorter working week is more efficient.

The capital, Oslo, boasts impressive cutting-edge architecture, modern museums, Nordic cuisine and art galleries that are a testimony to Norway’s rich culture and history. These attractions compensate for the nation’s inclement weather. Additionally, some of the world’s top international music artists regularly tour the country for the public to enjoy.

Wellness and fitness in Norway

Like Finland, Norway ranks among the top countries in the ‘World Happiness Report, 2021’. Although the welfare system is a key factor behind this, a healthy work–life balance also contributes to a sense of happiness.

With easy access to untamed nature in the form of mountains, fjords, glaciers, coastlines and forests, nature provides a source of wellbeing for Norwegians and is a core aspect of their cultural identity – there is even a term for it: friluftsliv. The midnight sun and the northern lights are two of the most unique experiences to be had.

“It’s quite amazing that reconnecting with nature and having an outdoor lifestyle is still part of the Norwegian soul despite this very modern lifestyle that Norwegians have today,” explains French blogger Lorelou Desjardins.

The Norwegian Trekking Association is the nation’s biggest outdoor activities organisation and its membership base has grown from 223 to more than 260,000. It has been working to promote trekking for the past 150 years and its local member associations operate 550 cabins around the country and maintain a network of about 22,000 kilometres of marked foot trails and about 7,000 kilometres of branch-marked ski tracks . The Swiss working week usually varies from 40–45 hours with most employees typically working 41 hours. For a select few professions 50 hours is the maximum. The maximum overtime that can be worked is generally 170 hours over the course of a year. Full-time employees have 20 paid annual leave days a year, although those under the age of 20 or over 50 are entitled to 25 days off.

Around 25 per cent of the Swiss population occasionally worked from home prior to the COVID-19 pandemic. However, according to a Deloitte Switzerland survey, 48 per cent of Swiss workers transitioned to teleworking in 2020. With 34 per cent surveyed reporting that this arrangement worked well for them, it seems likely that a more flexible working model will continue.

Around 35 per cent of Swiss jobs are performed part-time, which is higher compared to other European nations except for the Netherlands. This was reported in the ‘Swiss Labour Force Survey 2018’, which defines part-time workers as those who work less than 90 per cent.

The one quality that best captures the spirit of work life in Switzerland is punctuality, which applies as much to taking a lunch break as it does to attending a meeting at the scheduled time and place.

Two-thirds of the Swiss population attends cultural institutions and events, including concerts, theatres, museums, exhibitions and festivals on a regular basis. Given that most stores, including supermarkets, are closed on Sundays, many people use the weekends to hike in the mountains or explore a cultural attraction.

A key indicator of wellbeing, Switzerland ranked third globally for happiness according to the ‘World Happiness Report 2021’.

Wellness and fitness in Switzerland

Around 76 per cent of the Swiss population undertakes sufficient physical activity. However, this varies between regions, where those in the German-speaking areas of the country were found to exercise more than Italian and French speakers in a 2017 Sport Suisse study.

Supposedly health-conscious at heart, one in four Swiss inhabitants are members of a sports club. However, the landscape also offers opportunities for ice skating, skiing and snowboarding during winter, and mountain hiking, biking and swimming in the summer.

Visiting one of the many lakes and rivers is especially popular, which offers a more affordable option compared to the country’s famed luxurious spa facilities. 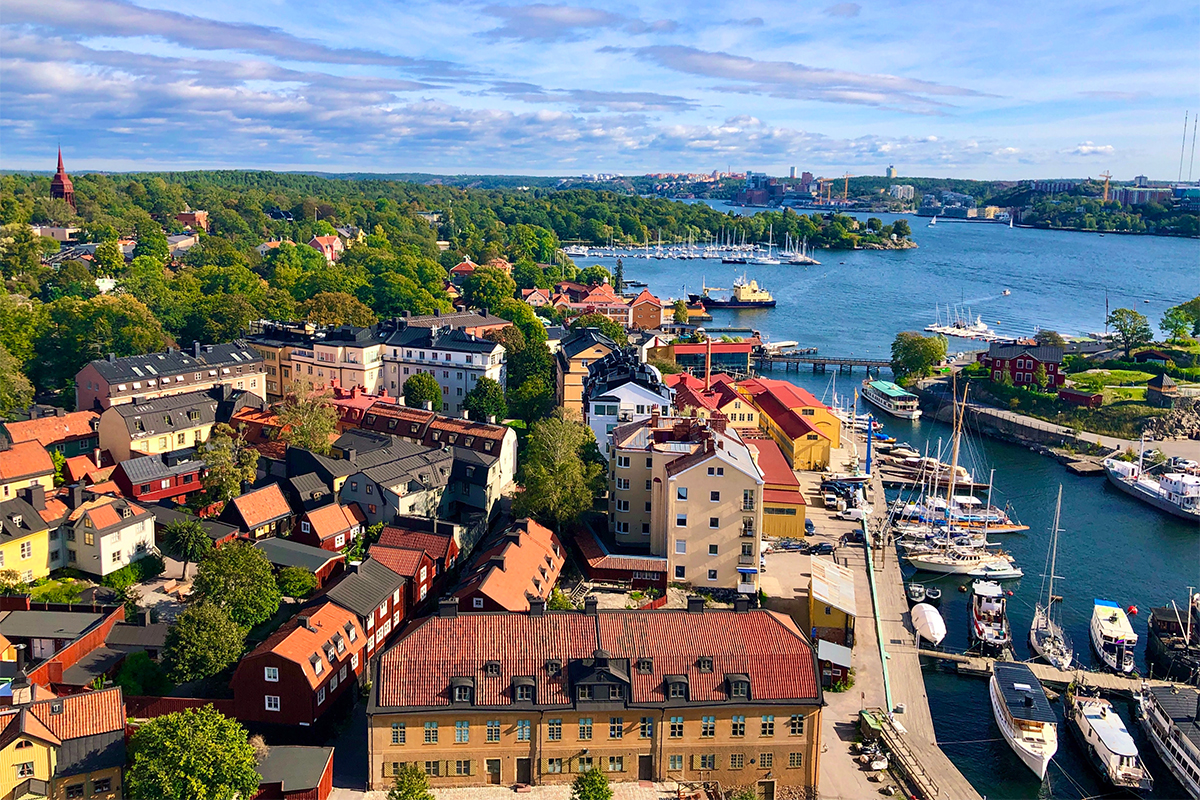 Swedish culture frowns upon overtime work and employees typically leave the office by 5pm to take care of their families. Most Swedes usually work 40 hours a week and at the very most 48 hours. Only about one per cent of the population works more than 50 hours a week, which is lower than the 13 per cent average of the OECD member countries.

A recent study by Netigate revealed that 53 per cent of Swedish employees work from home either full-time or part-time, with 70 per cent of these workers claiming that they are happy with this arrangement. However, 73 per cent would prefer a hybrid model of working once the pandemic is over.

Flexible work arrangements in Swedish cities like the capital Stockholm offer an incentive to attract the best talent.

Self-care in Sweden plays an important role in daily life. In fact, full-time workers dedicate around 15.2 hours a day to leisure, socialising and taking care of their basic needs such as eating and sleeping. This is slightly higher compared to the OECD average.

While 77 per cent of the population wants to ‘take it easy’ other activities Swedish people engage in activities including fishing, swimming, sunbathing, drinking coffee and having barbecues. ‘Meeting relatives’ is also a high priority.

There are more than 607,000 holiday homes in the country, half of which are located along its coastline. The summer house provides an ideal means to escape your daily obligations and enjoy the simple life.

Wellness and fitness in Sweden

Despite its cold winters, the Swedish government is encouraging people to cycle more to meet its ambitious goal of becoming carbon neutral by 2045. Swedes can receive up to a 25 per cent discount when purchasing an electric bike, a mode of transport that is slightly more enticing than a bike, particularly in the height of winter. An estimated 12 per cent of trips in Sweden are undertaken with a bike.

Another way seven out of 10 Swedes keep fit is by going to the gym or engaging in another organised sporting activity. Additionally, there are plenty of wooden outdoor gyms that people make use of while they are running or biking.

Sweden also has municipality-run fitness centres that are equipped with gyms, pools and the most essential wellness facility – a sauna.