For the fourth year in a row, Finland has been named the happiest country in the world. 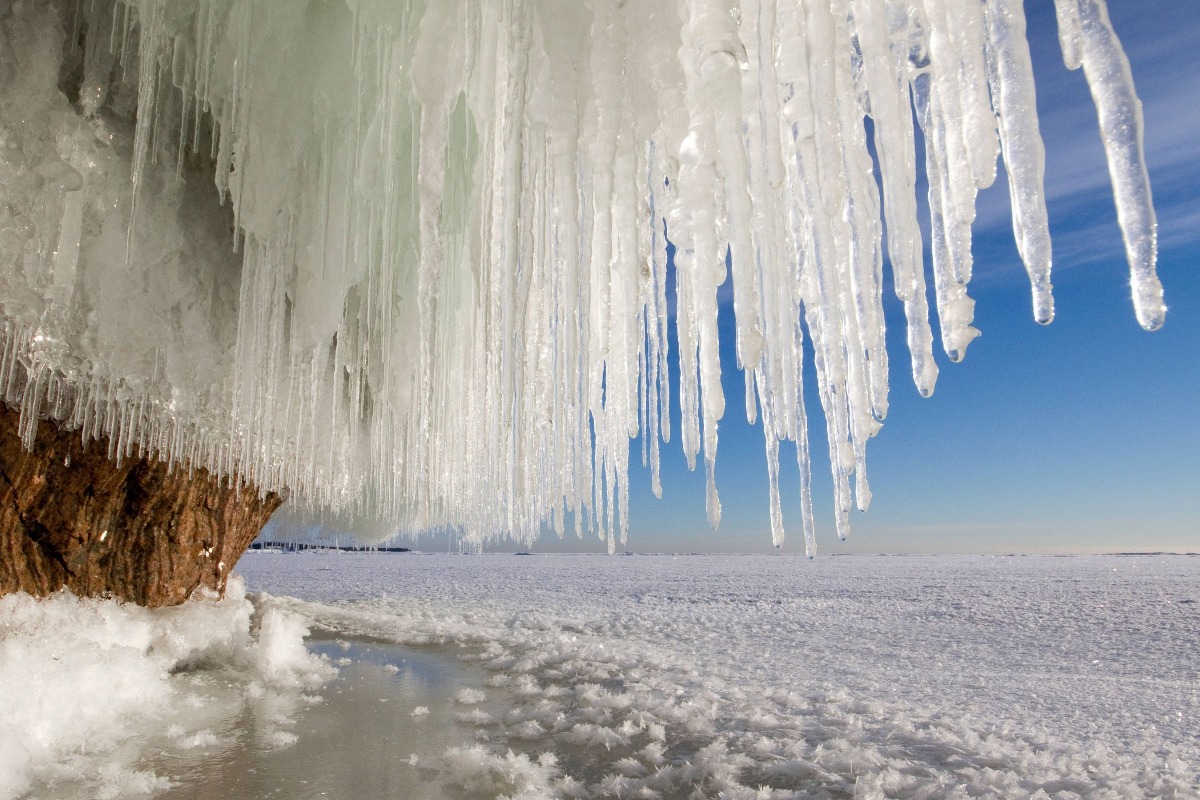 The World Happiness Report 2021, published by the United Nations Sustainable Development Solutions Network, has found that Finland is once again the happiest country in the world, even during the COVID-19 pandemic.

The Nordic country, which shares its borders with Sweden to the west, Russia to the east, Norway to the north, and is defined by the Gulf of Finland of the Baltic Sea across Estonia to the south, has been judged the world’s happiest for the past four years.

It was not surprising Finland took top spot in the ninth version of the World Happiness Report, according to survey data taken from the Gallup World Poll. It has always ranked very high on the measures of mutual trust, which have helped to protect lives and livelihoods during the coronavirus pandemic. The rankings overall remained very similar to last year.

“Surprisingly there was not, on average, a decline in wellbeing when measured by people’s own evaluation of their lives,” Professor John Helliwell of the University of British Columbia, one of the editors of the report, said in a press release. “One possible explanation is that people see COVID-19 as a common, outside threat affecting everybody and that this has generated a greater sense of solidarity and fellow-feeling.”

According to the Gallup Global Happiness Center, improving and sustaining wellbeing is vital to any population’s overall health and its economy. Measures including social support, personal freedom, gross domestic product (GDP) and levels of corruption were also factored in.

The report found that emotions changed more than life satisfaction during the first year of COVID-19, worsening during lockdown and recovering faster, as illustrated by large samples of UK data. For the world as a whole, based on the annual data from the Gallup World Poll, there was no overall change in positive effect, but there was a roughly a 10 per cent increase in the number of people who said they were worried or sad the previous day.

New Zealand (which placed ninth) was again the only non-European nation in the top 10 of the World Happiness Report 2021.

Finland has a population 5.6 million (0.07 per cent of the world’s population), with the second-lowest poverty rate in the Organisation for Economic Co-operation and Development (OECD) countries, the fifth-lowest income differences in OECD countries and in 2017, was ranked the world’s safest country to visit by the World Economic Forum. It has the cleanest air in the world, according to 2016 data from the World Health Organization.

The nation had 74.3 per cent employment in 2017, according to the OECD Jobs Strategy. The report concluded that overall, Finland performed well in the main indicators of job quality, with earnings quality in the top third of OECD countries. Its labour market insecurity was fairly low, reflecting extensive social safety nets, while job strain was the second-lowest in the OECD, following Norway and ahead of Denmark, which illustrates the generally good working conditions in the Nordics.

Its government has been led by Prime Minister Sanna Marin since 10 December 2019 and she is leading the country admirably in the face of the pandemic. Its total of 72,073 confirmed cases of COVID-19 compares very favourably to neighbours Sweden (744,272), Russia (4.5 million) and Norway (87,519), according to Worldometers.

With a population 5.8 million, Denmark is Europe’s oldest monarchy. It has a high level of equality and a strong sense of common responsibility for social welfare.

People living in Denmark pay some of the world’s highest taxes – up to half of their income. In addition, Danes pay a 25 per cent value-added tax on most items, and a tax of up to 150 per cent on new cars. In return, most of the country’s health care is provided with no fee to the patient. University students pay no tuition and receive a grant to help cover expenses while studying. Childcare is also subsidised, and the elderly receive pensions and are provided with care aides at home.

“Danes feel empowered to change things in their lives,” Professor Christian Bjørnskov, a professor of economics at Aarhus University, told Denmark.dk. “What is special about Danish society is that it allows people to choose the kind of life they want to live. They rarely get caught in a trap. This means they’re more satisfied with their lives.”

With a population of 8.7 million, Switzerland is a landlocked country bordered by Italy to the south, France to the west, Germany to the north, and Austria and Liechtenstein to the east.

It is widely known as having the highest nominal wealth per adult. According to The Wealth Report 2020 produced by real estate specialists Knight Frank last year, 7,000 people in Switzerland have a personal net worth of at least US$30 million. One in 14 billionaires in the world lives in the country.

The nation also leads the Business-to-Consumer (B2C) E-commerce Index, an annual list by the United Nations Conference on Trade and Development (UNCTAD) that ranks 152 countries on their readiness to support and engage in online commerce. The 2020 index, which takes into consideration indicators including account ownership at a financial institutions or mobile money service provider, internet usage and postal reliability, puts Switzerland on top of the list, recognising the country for its high scores across all four indicators. Most of the Swiss population (97 per cent in 2019) uses the internet, and the country has a high banking penetration rate (98 per cent in 2017) and banking coverage, the report stated.

Switzerland has a reputation for high cleanliness and hygiene standards, as well as its care of the environment. However, the cost of living is on a par with London and New York City. It is an extremely expensive place to live, with the price of groceries and meals at restaurants also high.

With a population of 356,991, Iceland, an island, is the most sparsely populated country in Europe. The poverty rate is one of the best in the world, according to the OECD. It also ranks very highly in jobs and earnings, environmental quality and social connections, and above the average in income and wealth, subjective wellbeing, health status, personal security, civic engagement, and education and skills. However, it ranks below average in housing and work–life balance.

It is a land of fire and ice, as shown on HBO’s award-winning drama series Game of Thrones, and the air is pollution-free, except in winter. As is the usual case, generally with higher salaries, the cost of almost anything is expensive, including health care and rental accommodation.

Iceland is allowing tourists back into the country after closing borders due to the pandemic, provided they have negative PCR test results 72 hours before boarding their flight and then get tested at the airport on arrival and again after five days in quarantine. It has not recorded any cases of COVID-19 within its population for several weeks and it is one of the first countries in the world to reopen. Tourism accounted for around 8.9 per cent of Iceland’s GDP in 2019.

With a population of 17.3 million, the Netherlands does well in social and institutional trust, together with social connection. Bordering Germany to the east, Belgium to the south, and the North Sea to the northwest, it is the world’s second-largest exporter of food and agricultural products due to its fertile soil, mild climate and intensive agriculture.

A multicultural and largely compassionate society, the Netherlands ranks fifth in the European Union on the Gender Equality Index 2020.

The Netherlands’ population all lives within a total area of roughly 41,800 square kilometres, of which the land area is 33,500 square kilometres. It is the 12th most densely populated country in the world and the second most densely populated country in the European Union. The Netherlands has one of the lowest rates of unemployment in Europe, though it is experiencing another rise in cases of COVID-19.

The World Happiness Report 2021 rounded out its top 15 with Norway in sixth position, followed by Sweden, Luxembourg, New Zealand, Austria, Israel, Australia, Ireland, US and Canada.

“Strikingly, we find that among people who stopped work due to furlough or redundancy, the impact on life satisfaction was 40 per cent more severe for individuals that felt lonely to begin with,” said Professor Jan-Emmanuel De Neve, Director of the Wellbeing Research Centre at the University of Oxford and another report editor. “Our report also points towards a ‘hybrid’ future of work, that strikes a balance between office life and working from home to maintain social connections while ensuring flexibility for workers, both of which turn out to be key drivers of workplace wellbeing.”

The country deemed to be the unhappiest in world by the World Happiness Report 2021 was Afghanistan, followed by Lesotho, Botswana, Rwanda and Zimbabwe.

There was a “significantly higher frequency of negative emotions” in just over a third of the countries, the report authors said, likely pointing to the effects of the COVID-19 pandemic.

There was an improvement in 22 countries. Several Asian countries fared better than they did in last year’s rankings, while China moved up to 84th place from 94th.

“One key factor in the success of Asia–Pacific was the preparedness of the region for newly emerging zoonotic diseases,” the report noted. “The Asia–Pacific region was on the front line of the battle against SARS in 2003 and also was mobilised in the H1N1 (2009) and MERS (2012) crises. South-east Asia is battle-hardened against dengue fever.

“The practical import of the earlier epidemics is a regional preparedness strategy, ‘Asia–Pacific Strategy for Emerging Diseases and Public Health Emergencies’ (now in its third version, APSED III), coordinated by the Western Pacific Regional Office (WPRO) of the World Health Organization.

The report continues to elaborate on the success of the Asia–Pacific region’s response to the pandemic. “Yet something more than preparedness is at work. Cultural and educational differences are also apparently playing key roles. The countries of the North Atlantic region have now had a year to learn from the Asia–Pacific countries, but by and large, they have not done so,” it states.

“The North Atlantic countries have failed to implement comprehensive intensive non-pharmaceutical interventions (NPIs) during the entirety of 2020 and early 2021. Even after the first wave of infections was brought down in the summer of 2020 following lockdowns during the spring, the North Atlantic countries failed to introduce rigorous control systems akin to those of the Asia–Pacific.”