Can premium carmakers SAEV themselves?

The world’s most famous upmarket car brands have begun the fight for survival in a new world of ‘mobility services’. 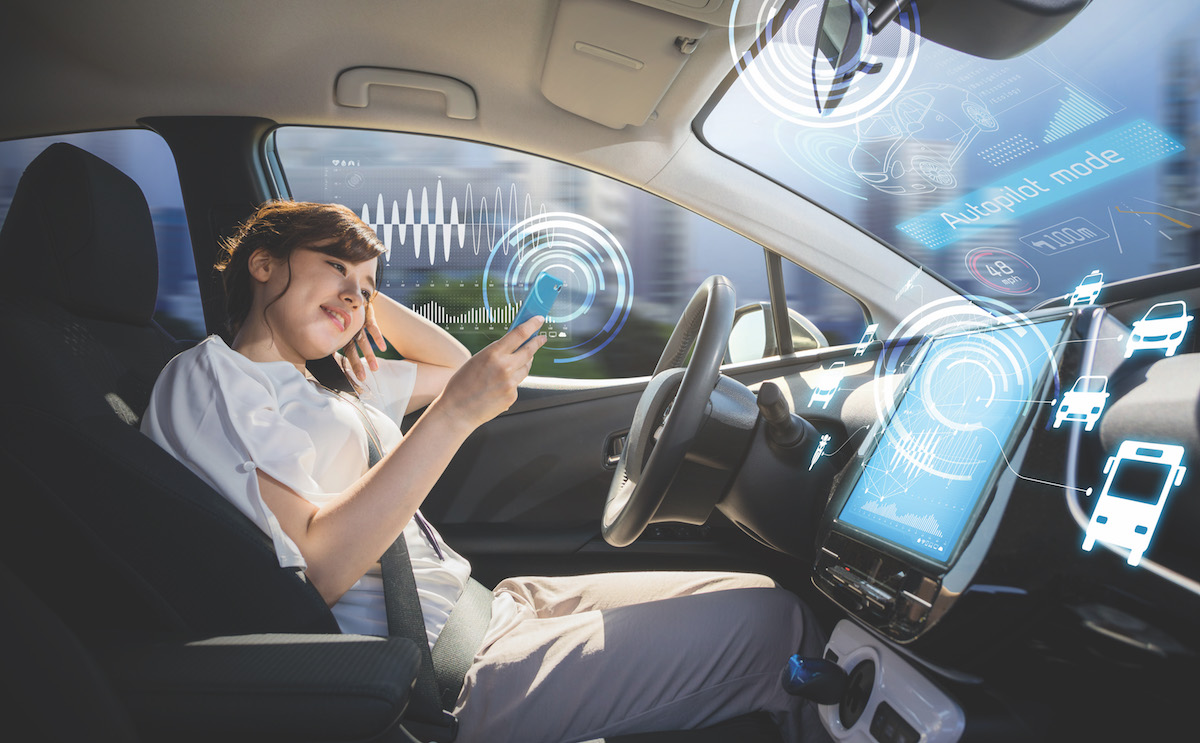 Daimler CEO Dieter Zetsche enjoys reminding people that his company’s founders invented the automobile. Now, some 131 years after Gottlieb Daimler and Karl Benz built the key elements of today’s petrol-fuelled cars, Zetsche and his counterparts are trying to invent it again. At stake is their position in the global car industry.

Terror on the roads

Just a few years ago, most car company executives thought self-driving cars were an issue for their successors. Then technologies collided – cheap batteries, electric drivetrains, mobile phones and the ride-hailing services they enabled, 3D scanning, cheaper sensors, and image-processing techniques that allowed a moving object to map its surroundings in detail. This technological collision blew the old timeline apart. 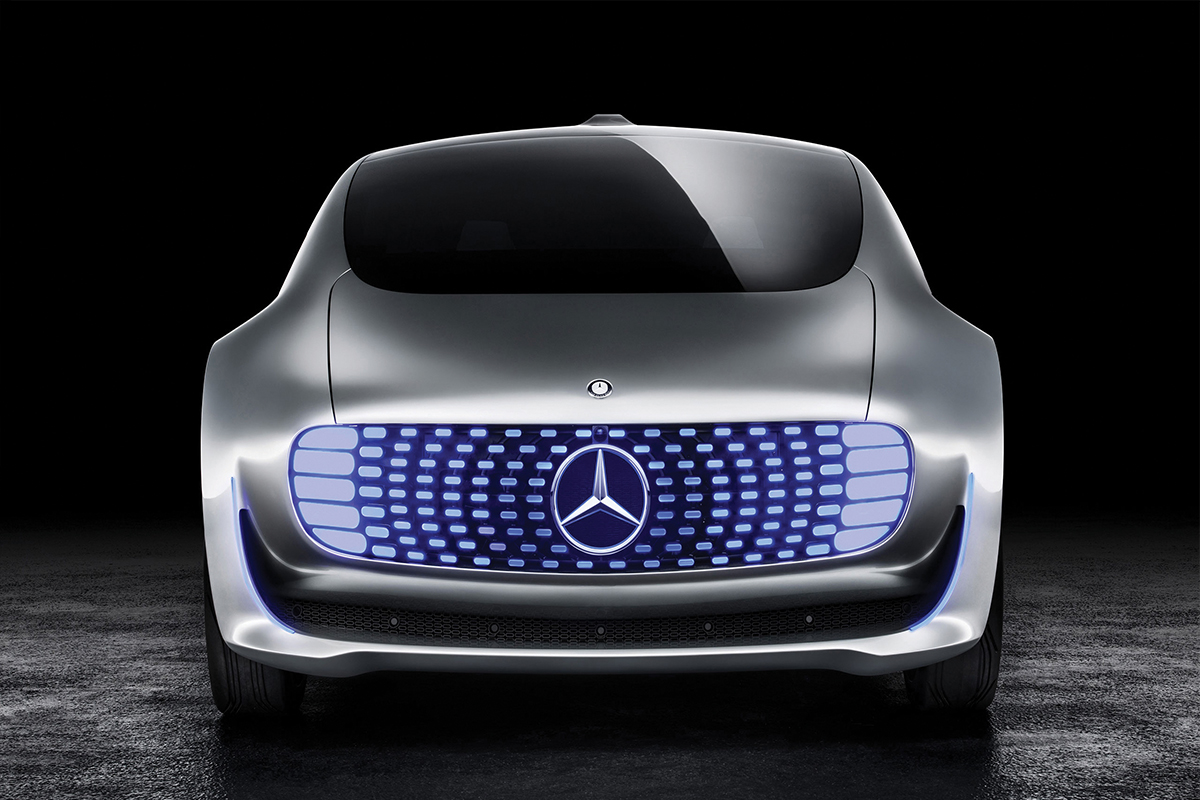 The industry has been doing business in the same way for more than 100 years. This is a huge transformation … everybody’s terrified. – Sam Abuelsamid

Now the car companies appear convinced that driverless cars are coming, and soon. They also suspect ‘cars’ may soon give way to ‘mobility services’, where people simply use whichever autonomous vehicle is provided in answer to their electronic call. This is the future of the SAEV – the Shared Autonomous Electric Vehicle. The carmakers see little choice but to steer towards this future.

Are the industry leaders scared? “Oh, yeah,” says Sam Abuelsamid, co-author of a major report on the evolution of SAEVs published in April by technology research firm Navigant Research. “The industry has been doing business in the same way for more than 100 years. This is a huge transformation … everybody’s terrified.”

If all goes according to current industry expectations, then sometime in the early 2020s, luxury carmakers will start offering their customers the high-cost option of Level 4 autonomy, where the driver is rarely needed (see ‘The levels of autonomy’, right). This will be sit-back-and-relax technology.

It will follow the typical path of new car technology and arrive first in the big sedans: Mercedes’ S-class limousine and E-class midsized sedan; Tesla’s Model S or its successor; BMW’s equivalents, the 7-series and 5-series; Audi’s A8, A7 and A6; the Lexus LS and GS; Volvo’s S90.

It will add tens of thousands of dollars to these cars’ already high prices. ABS braking, traction control, airbags and Bluetooth connectivity all entered our driving lives by this route.

But soon after these sit-back models arrive, their makers will be challenged by businesses like Uber and Lyft, offering the experience of no driver at all. Their cars will likely not have S-class interiors, and most will be small – some may be ‘pods’, as small as the smallest of today’s cars. Individuals may not be able to buy them at first, but they will be pleasant and attractive, and will feel very special simply because you can travel in total privacy.

And because they can work 24 hours a day, driving 150,000 kilometres a year, their economics will be extremely attractive too. This will be the moment when the luxury carmakers arrive at their future.

In the past year, the global car industry has left no doubt it believes in some version of this scenario. One pivotal moment came in September 2016 when Ford CEO Mark Fields announced the company planned to offer fully self-driving vehicles to mobility services businesses by 2021.

Other players tout an even quicker schedule: MIT-based NuTonomy has been reported as believing it can start deploying self-driving taxis in Singapore by 2018. Outside observers mostly agree with this vision too. In April this year, a Boston Consulting Group (BCG) study predicted that by 2030 around a quarter of all kilometres driven in the US could be in SAEVs.

It also calculated the potential savings – 60%, or an annual US$9,000 for someone driving 16,000 kilometres a year. No-one knows for sure just how many new car buyers will own their vehicles at all in the decades after 2030, but many experts believe the answer is ‘fewer’.

It’s the same model that has replaced DVD ownership with Netflix subscriptions, or software CDs with rent-by-the-month programs. As another BCG study argues: “Some people dislike the idea of car sharing because they worry that they will not get the type of car they want. We believe that the other advantages that car sharing offers passengers – the ability to work, read, or sleep during their trip – will make people far less likely to care about the car’s appearance or style.”

The big cars, which are a staple of the luxury carmakers, could be a harder sell too. The 2016 BCG report observes: “Typically, car buyers choose the size of their car based not on what they need on an average day but on what they might need occasionally. With shared AVs, co-owners would requisition the size of car they need for the immediate purpose … The average car size would drop.”

In such a world, what power would luxury car brands command? BMW positions its cars as “the Ultimate Driving Machine”. Mercedes advertises under the slogan “The Best or Nothing”.

Will such lines matter to consumers when they are effectively renting out non-driving machines for a few hours at a time,  and when cars themselves are increasingly made up of off-the-shelf batteries, electric drivetrains, sensors, and image processors from a few suppliers such as Mobileye and Nvidia? Or will the experience be more like taking an Uber, where within limits you don’t much care about the vehicle?

Ryan Robinson, lead researcher for Deloitte’s global auto practice, predicts brands will become less about their products and more about the relationships they have with customers. He’s betting carmakers like BMW will retain a premium image with consumers – but he warns they will need to work at it. And with mobility services firms potentially doing more of the car buying, he is not sure that all of today’s car brands will survive.

The climb to level 5

The automotive industry stakes are enormous. Today the revenues of the global car market and its ancillary services top around US$4 trillion. You cannot accuse the carmakers of inaction, though. With this future now in sight, the industry leaders have turned their steering wheels hard. First, they are pushing driver-assistance technologies into their vehicles as fast as they can. 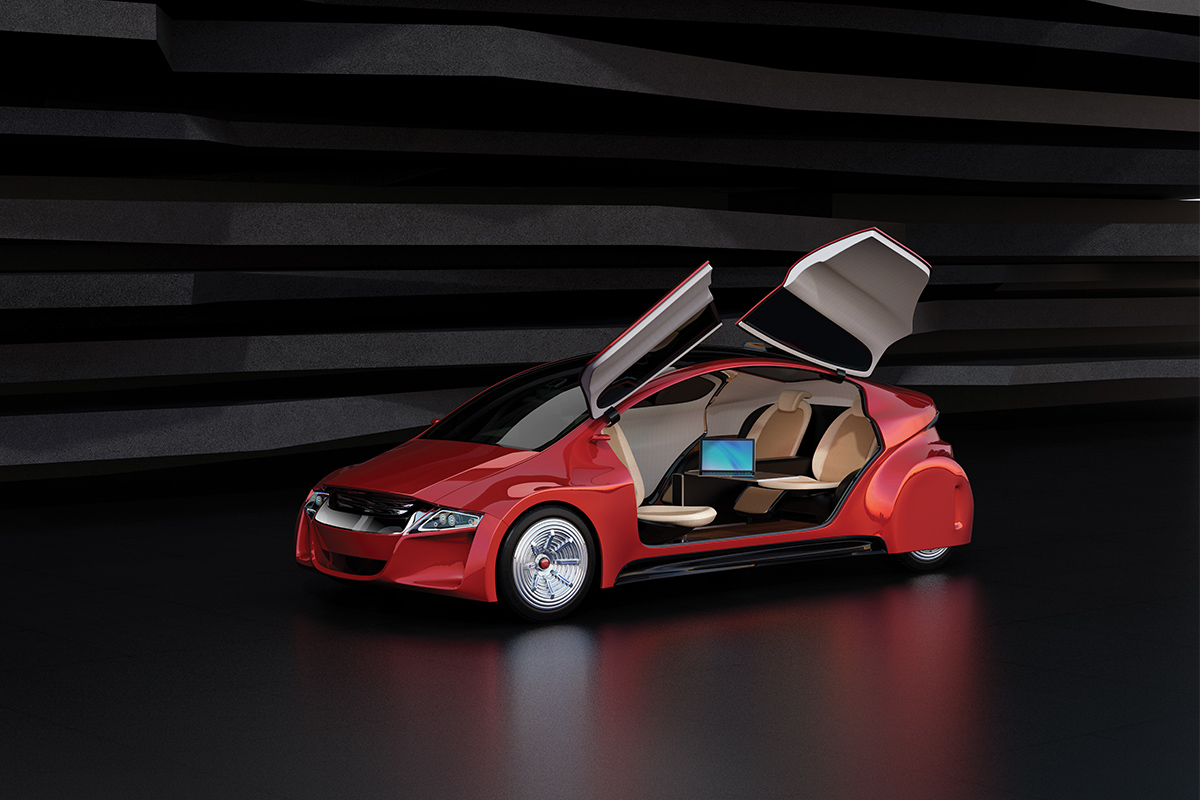 The automotive industry stakes are enormous. today the revenues of the global car market and its ancilllary services top around US$4 trillion.

The Mercedes E-Class, released last year, achieves Level 2 autonomy with its Drive Pilot autonomous cruise control feature; so does the Tesla S. BMW, Volvo and Audi are close behind. Their advertising now touts a dizzying array of technologies to stop the driver bumping into anything they shouldn’t. These companies, together with GM, Ford and Renault-Nissan, lead all other carmakers in the quest for autonomous cars, according to a Navigant report published in April.

Second, the carmakers have begun frenzied alliance-building with car componentry businesses and computing firms. They are also courting the ride-hailing businesses that might soon be big customers for SAEVs.

Mercedes’ parent, Daimler, has made an agreement with Uber, which was already working with Volvo. Autonomy software start-up NuTonomy has partnered with Jaguar Land Rover. GM has spent more than US$1 billion investing in Lyft, and buying self-driving tech start-up Cruise Automation in July 2016.

Chinese search giant Baidu has linked with componentry giants Bosch and Continental, as well as computer graphics powerhouse Nvidia. Audi, Volvo and Toyota are also allied with Nvidia, which in March 2017 declared it would ship systems for Level 4 autonomous driving capabilities by the end of 2018. BMW has allied with chip-making giant Intel, which in turn has bought SAEV technology leader Mobileye.

The existing car companies, then, plan to work their way up through the autonomy levels, from today’s Level 2 to the eventual no-driving Level 5. At the same time, notes Navigant’s Abuelsamid, they are hoping the new mobility services world brings them opportunities they cannot yet clearly see – including, perhaps, the chance to become mobility services firms themselves.

Already this year, GM’s Cadillac brand has launched a US$1,500-a-month subscription service that includes access to all current Cadillac models.