Dr Michio Kaku is a physicist with his eyes fixed firmly on our future. we find out what he has in his sights. 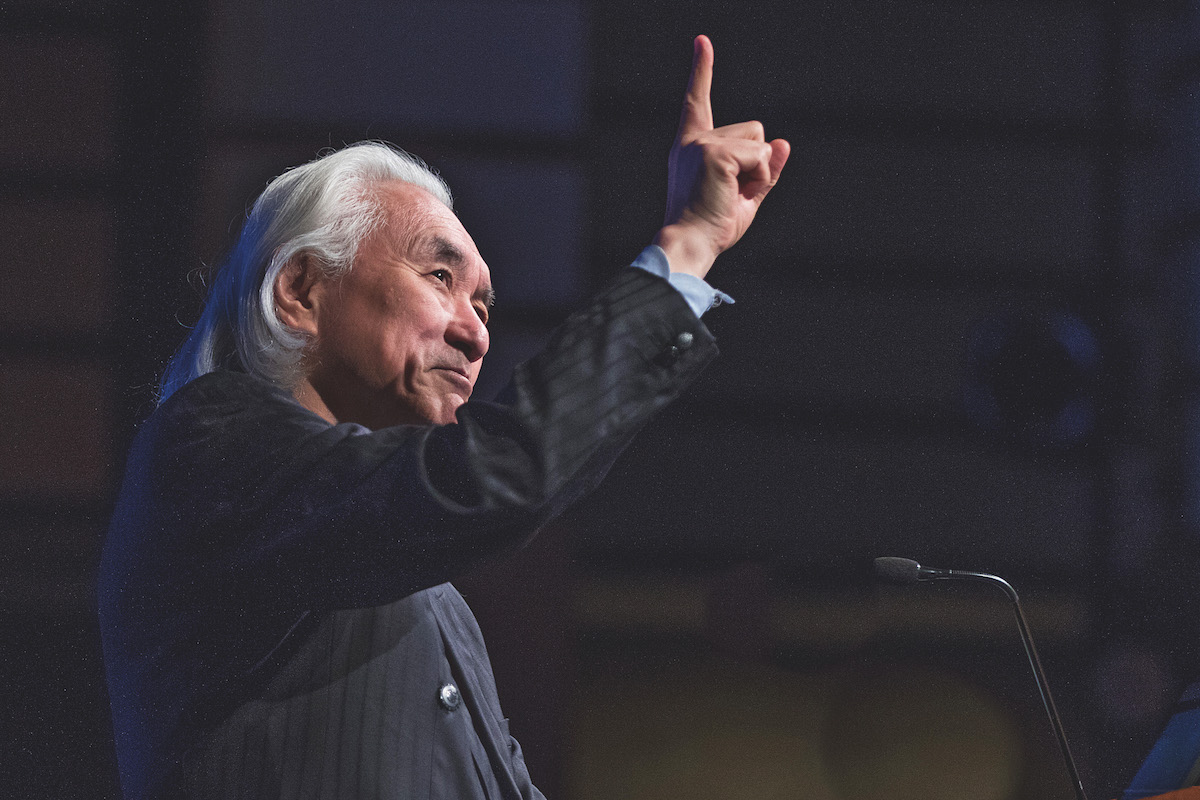 There’s a curious image contained in theoretical physicist Dr Michio Kaku’s vision of the future. No longer a terrestrial concern, traffic jams have been transplanted into outer space, and the scene involves Elon Musk, Jeff Bezos and a team of NASA astronauts gridlocked, in their moon rockets, in a lunar peak hour.

The image forms part of the first of three predictions Kaku makes. “Three great revolutions are going to change our lives,” he says. “The first is space travel: we’re entering a new ‘golden era’ of space exploration, as costs drop and more nations are going into outer space. The second is a revolution in artificial intelligence, which is going to turn the job market upside down; and the third is the biotech revolution.”

Kaku illustrates the plummeting costs of space exploration by way of a striking comparison. The Hollywood blockbuster The Martian, released in 2015 and starring Matt Damon, cost more to make than it cost the Indian government to send a space probe to Mars: US$108 million for the former, compared with US$74 million for the latter.

The increasing ease (and decreasing cost) with which new technologies can be applied means that “a Hollywood movie about going to Mars cost more than actually going to Mars”. Private enterprise is making its presence felt in this sphere, and accounts for the appearance of Musk and Bezos, alongside NASA, in the earlier tableau.

For the second revolution, the increasing prevalence of AI means both that the job market will face immense disruption, and that new jobs will arise, particularly in the robotics industry. Comprehensive retraining will be necessary for individuals to adjust to working with new technologies, but the revolution will also incite a shift in the relative weight assigned to certain aspects of existing jobs. 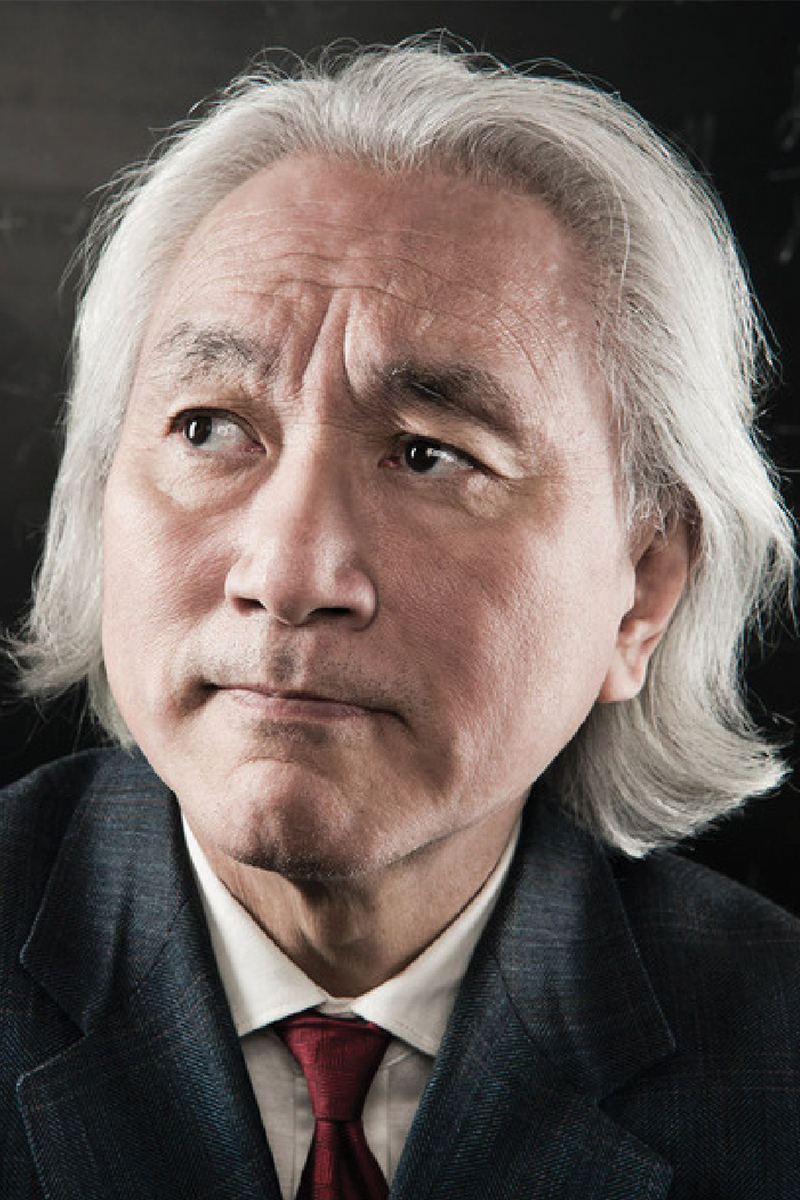 The teaching profession offers a good example of this shift. When the internet of the future exists in our contact lenses, and answers to exam questions will be available in the actual blink of an eye, teachers will become redundant. There will be a corresponding rise in the demand for mentors, who will perform tasks that lie beyond the scope of a robot’s ability, including helping and encouraging students with homework and career advice.

“The many jobs of the future will be intellectual jobs, jobs that involve imagination, innovation, analysis and leadership. Jobs that require the mind are going to flourish in the future.” He also points out that “the most advanced robot in the world cannot fix your toilet”.

“Jobs that require the mind are going to flourish in the future.”

The biotech revolution will involve the digitisation of the human body. Scientists have reached the point where they can send simple animal memories over the internet, and the goal is to eventually send the memories of Alzheimer’s patients via the same method. Cancer research will be similarly transformed.

“Using computer chips in your toilet and liquid biopsies, we will be able to detect cancer cells in a colony of 100 – not 10 billion as in a tumour,” Kaku says, pointing towards detection that could occur decades earlier than it does now. Additionally, “we’re going to have a human body shop, and grow new human organs. The human life span will increase as we begin to replace organs as they wear out from old age, and as we begin to understand the genetics behind the ageing process.”

Kaku outlines his vision of the future with confidence; the science it is built on, after all, is rather solid, but one wonders if there is any room left for surprise. With a working understanding of the gene, the atom and the transistor, “the three building blocks of the modern age”, we have already witnessed the arrival of the big revelations.

“This doesn’t mean there aren’t going to be any surprises, but there are going to be engineering surprises. Up to a black hole, the basic physics is known, so surprise events will occur in engineering, design and mass production.”

Kaku made his name as a pioneer in string field theory, having been fascinated from a young age by Albert Einstein’s unfinished business. “Einstein spent 30 years of his life chasing after ‘the theory of everything’. He wanted an equation, maybe no more than one inch long, that could summarise all the known physical laws of the universe… and he failed.”

String theory, with its attempts to explain concepts (like black holes) that are still eluding scientific grasp, is today “the leading candidate for the theory of everything”. Kaku should know: he’s written a book on the subject. A good place for laypeople to start, Hyperspace examines the notion that the laws of physics make the most sense if the universe is considered to exist in 10 dimensions.

No-one can be sure that a theory of everything will arrive soon, or at all. This doesn’t appear to have affected the physicists working towards it in the slightest, and human endeavour in this field seems limitless. How reassuring, then, that the future is a space and a time in which the human mind is predicted to thrive.