Inside the ‘red dot’: Leica opens in Melbourne 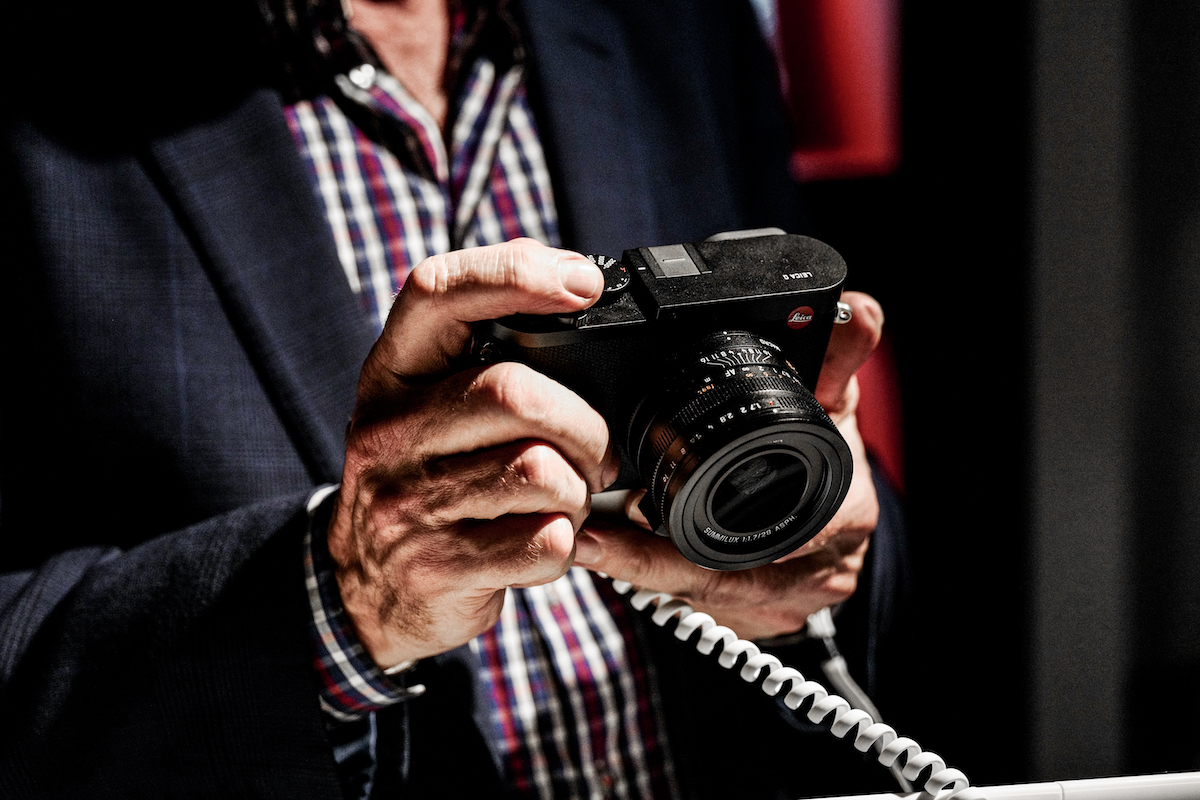 There are few events where fashion darlings, Antarctic adventurers, theatre types and shutterbugs would come together in one room. Last week’s opening of Melbourne’s new 220-square-metre Leica Store & Gallery is one of those rare occasions.

On the first floor of St. Collins Lane arcade, German camera brand Leica has created a minimalist but inviting space almost three times as big as its Sydney store. The 104-year-old company’s iconic red is used to bold effect in the cabinetry walls, elegantly framing new camera models such as the sublime Leica M10.

As photography enthusiasts the world over know, when you see that ‘red dot’ you are guaranteed quality design and brilliant German technology.

The store is split into three areas – a white-walled gallery space that will also host the company’s sell-out Leica Akademie classes; a long workstation; and a comfy lounge area with leather couches, a Niccolo coffee hub and photography books that encourage people to stay a while.

“The space is essentially a 3D representation of what Leica is – its DNA is reflected in the store,” explains the snappily dressed Boris Bender, Head of Global Design for Leica. “It represents the pared-back style of the brand but it is also a cosy place for people who love photography.”

Mingling with Melbourne’s artistic elite and photography greats is Dr Andreas Kaufmann, Chairman of Leica Camera AG. Looking every inch the history teacher he once was, few people in the room would know that this unassuming former schoolteacher saved Leica from the brink of insolvency in 2004.

The company is now the second most profitable German luxury brand in the world and one of Europe’s few remaining camera manufacturers.

“What we bring to the table is technology, craftsmanship and design, done the Leica way,” clarified Kaufmann earlier in the day when describing Leica’s move into high-end mechanical watches. “German design – it’s different to what the Swiss do. We have created a very complex new movement we have two patents on.” Handing over his watch for closer inspection, Kaufmann points to the white dot on the face that turns to red when you set the time – a subtle nod to a century of history.

Signalling a further step into the lifestyle category, Leica recently launched its Leitz-Park in Wetzlar, Germany, to present its unique design language to the world. A distinctive brand universe for Leica enthusiasts, it includes a hotel, a store, galleries, a museum and archive, and a cafe.

“The cafe is a cross between a Bauhaus bungalow and a Viennese coffee house,” notes Kaufmann. “The second Cafe Leitz has opened in Bangkok, and a third and fourth are under consideration.” 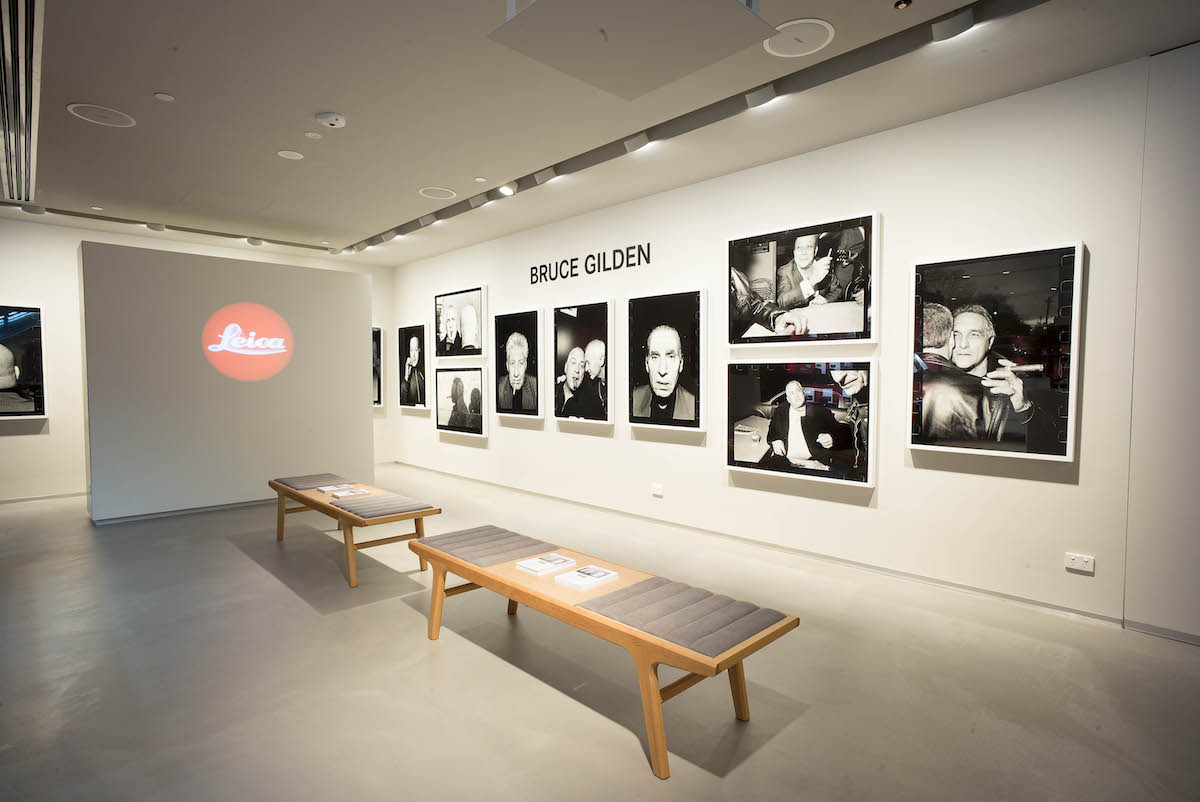 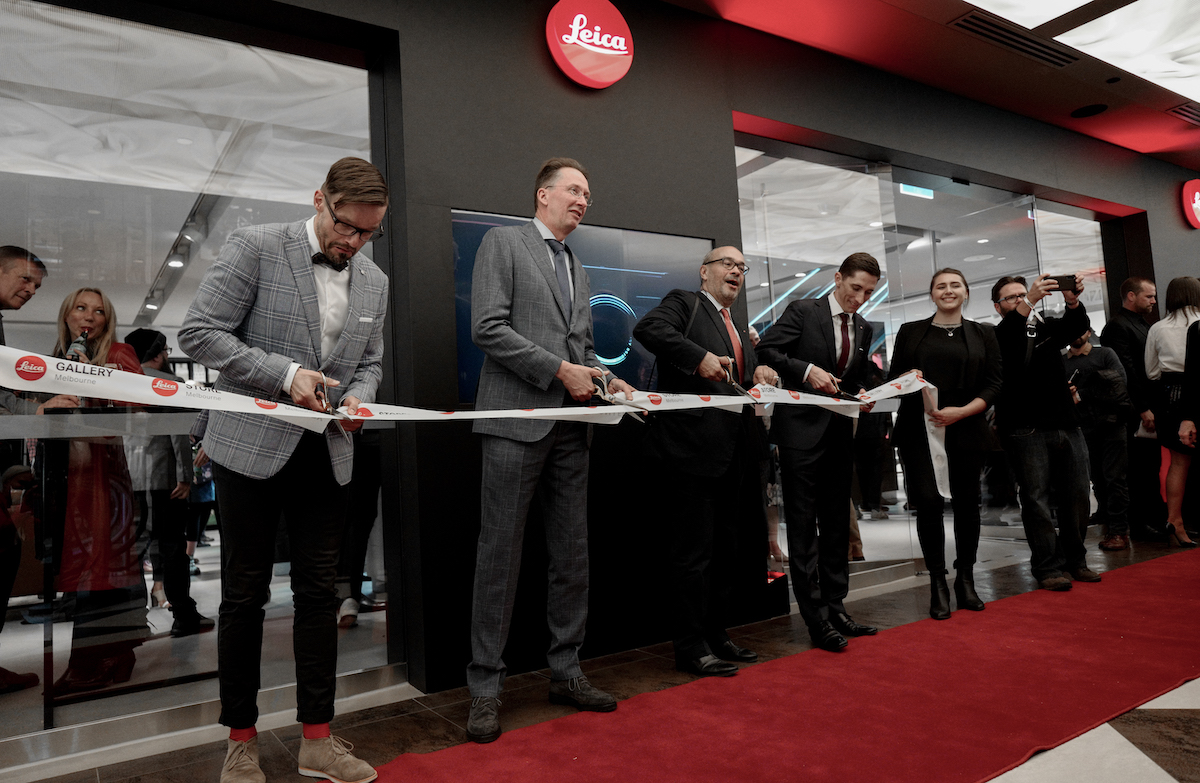 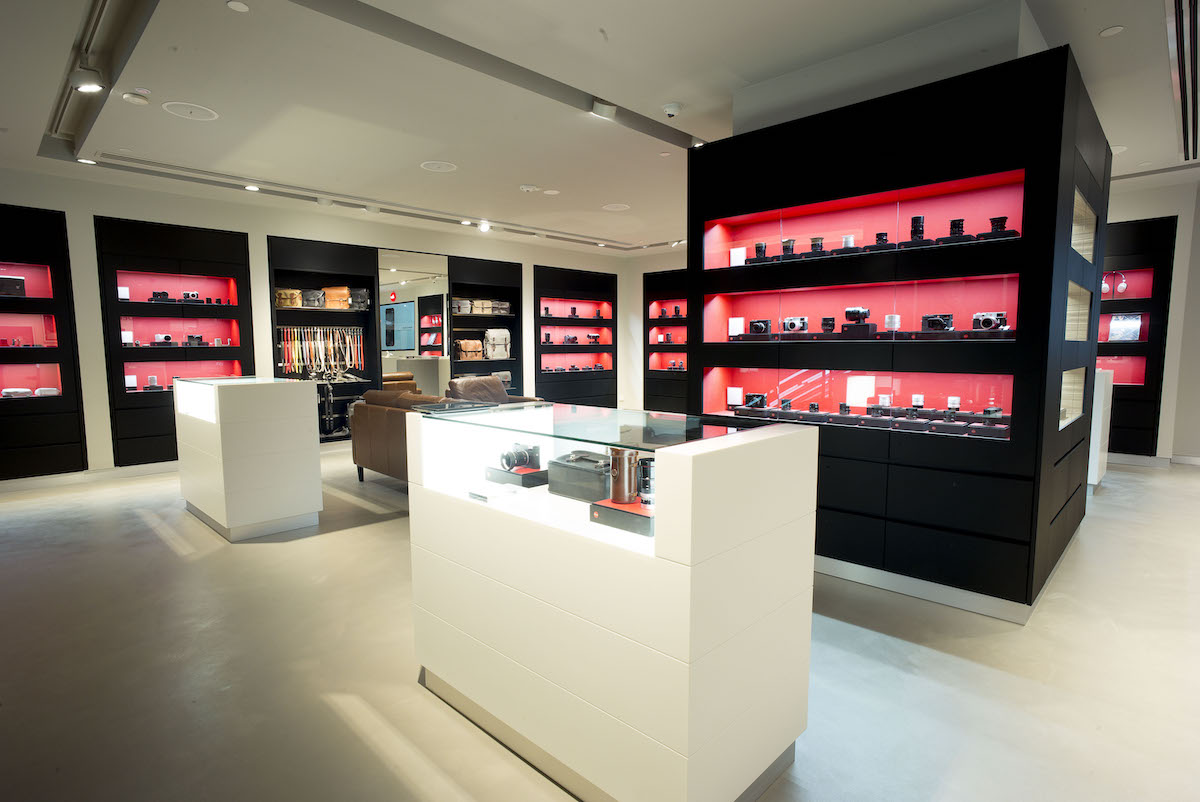 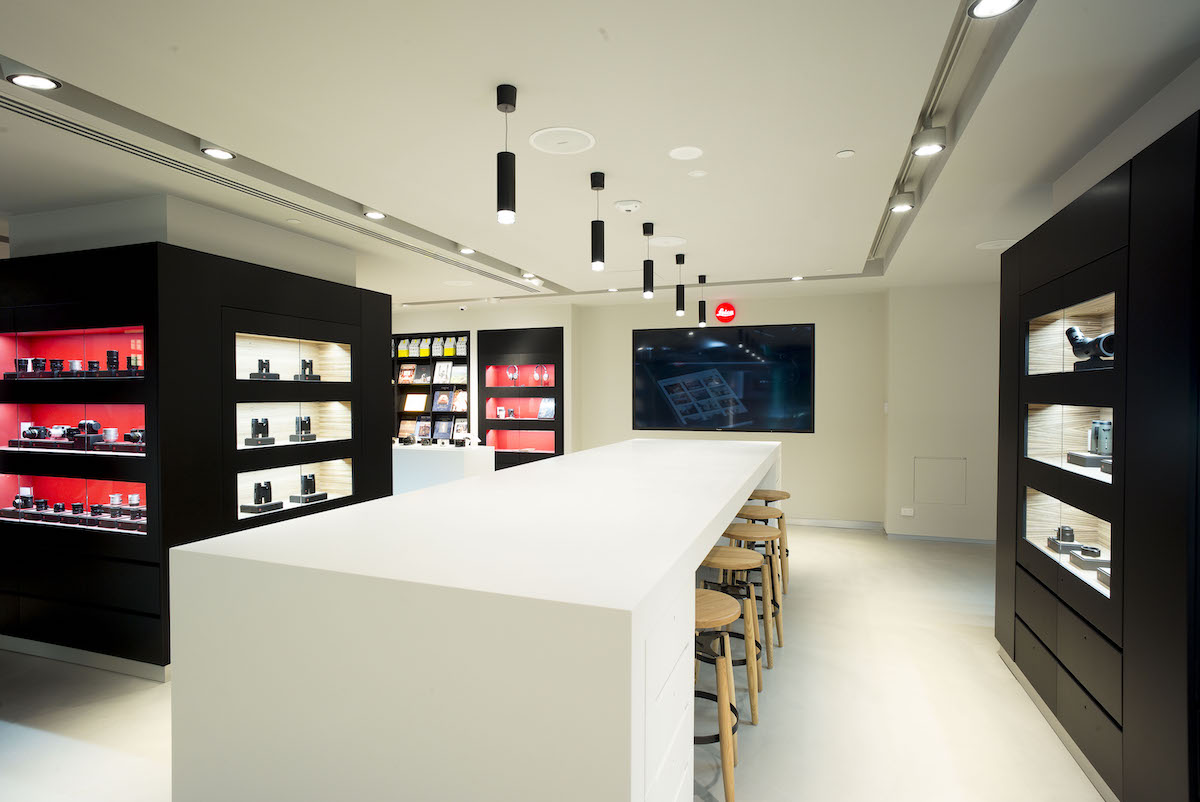 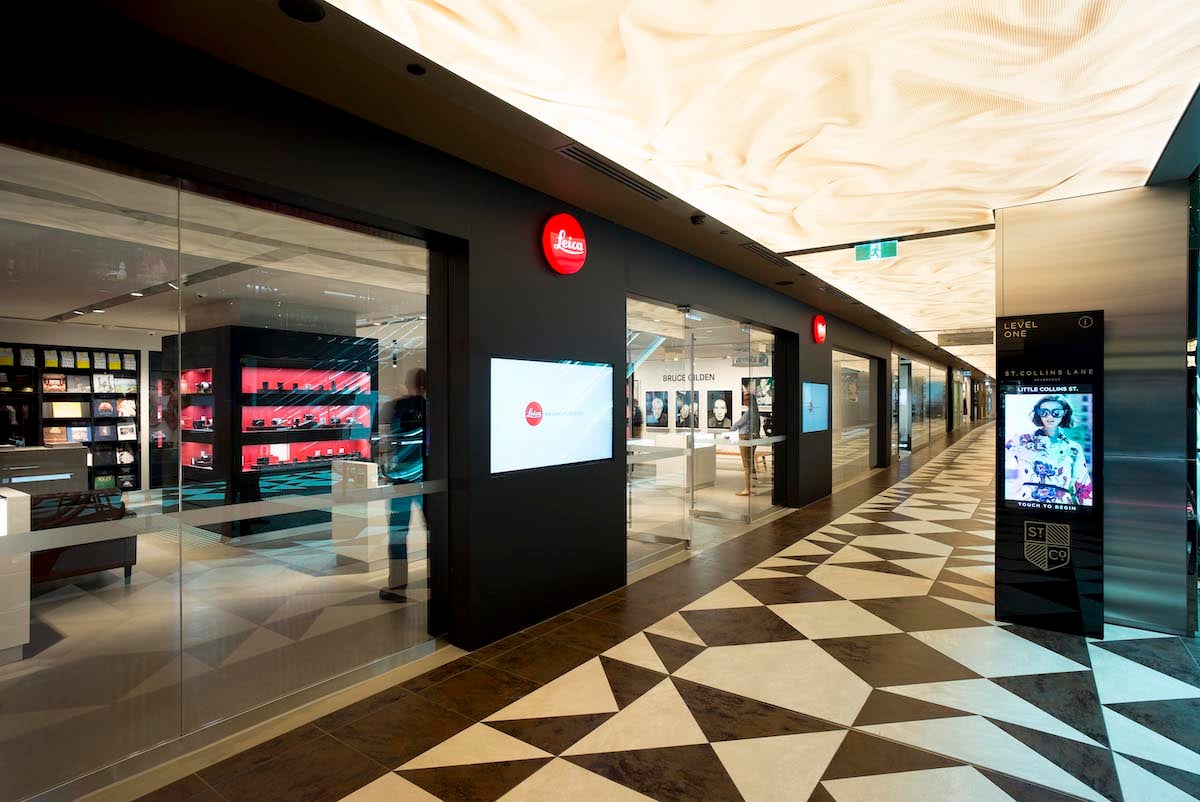 Back at the opening, guests are lining up at the fluoro yellow Niccolo coffee cart for a hit of Melbourne-roasted goodness. Others, with champagne in hand, are keenly studying the confronting, larger-than-life, black-and-white portraits in the gallery space.

The photos are of Mick Gatto, infamous Melbourne crime lord, and his associates, and were captured by iconic street photographer Bruce Gilden. Gilden’s photography has never before been exhibited in Australia, and these series of photos taken with his personal Leica M6 have never been shown anywhere in the world. The portraits are close-up, raw and intimate, and they make a daring statement in the brightly lit space.

“Photography is the art of the 20th and 21st centuries,” says Kaufmann. “Nowadays, everyone is a photographer, but reaching the level of art, that takes a bit of time and a keen eye. At Leica we support all those who wish to be artists.”