How Mark Jankovich is reframing the way we think about plastic

As CEO of environmentally friendly cleaning chemicals company Delphis Eco, Mark Jankovich has already made a difference. Now, his sights are set on clamping down on single-use plastics with a visionary new trust mark that promises to make plastic recycling the new norm. 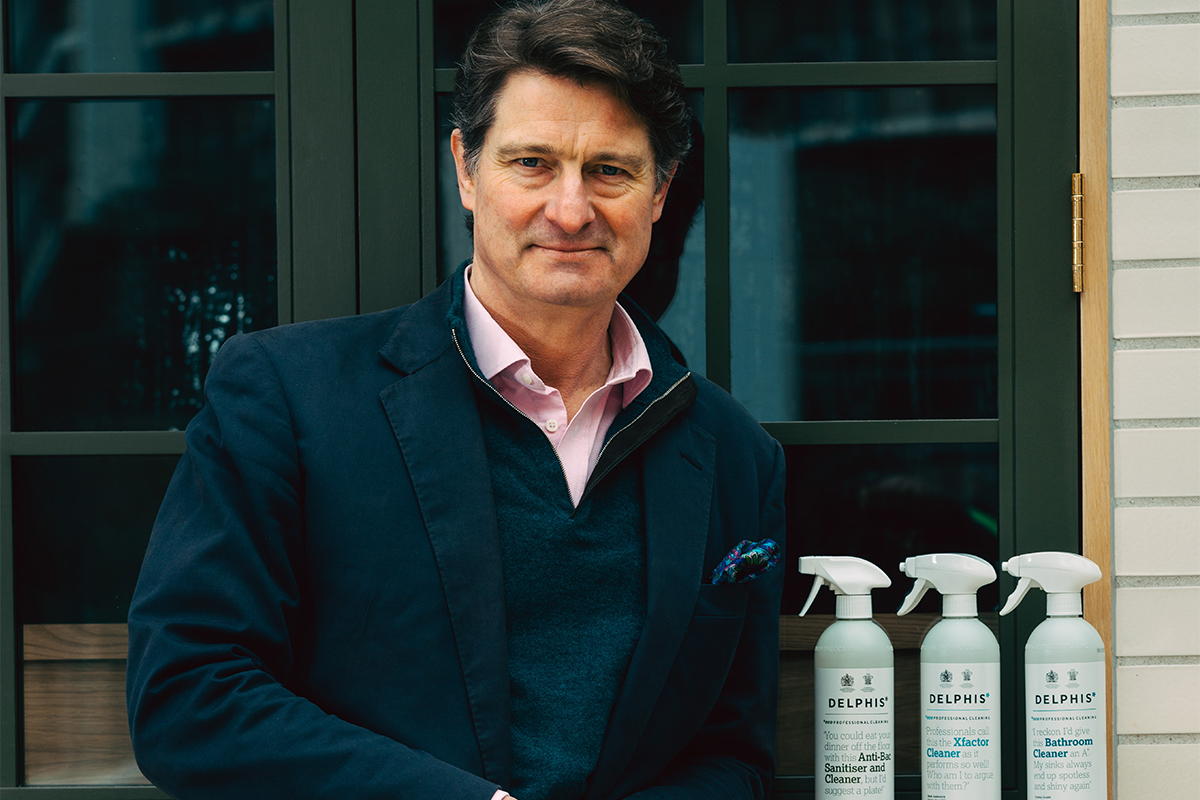 The story of plastic as we know it began in 1907 when Belgian chemist Leo Baekeland created the first fully synthetic plastic by combining two chemicals, formaldehyde and phenol, while applying heat and pressure. In the 115 years since then, plastic has proven itself to be highly useful in a wide variety of forms and pervaded our everyday lives. But now that we realise it takes thousands of years for plastics to degrade, it’s been transformed from a marvel of science to a severe problem – and it’s one that Mark Jankovich, CEO of Delphis Eco, is determined to tackle.

With plastic waste projected to triple by 2060, Mark says it’s critical that we change the narrative around plastic. Far from holding plastic in disdain, he still sees it as a “wonder invention”. “If we didn’t have plastic, half of Africa wouldn’t be immunised and I would probably be dead. Plastic is an absolute necessity from a human rights perspective,” he tells The CEO Magazine, referring to his upbringing in South Africa. “But it cannot be single-use. It has to be that we can recycle it.”

Rather than coming up with an alternative to plastics, the priority has to be on reusing the plastics that are currently littering the planet. It’s estimated that 11 million metric tonnes of plastics enter marine environments each year, on top of the 200 million metric tons that are already floating in the oceans. “We need to bring all of that out of the ocean and reuse it,” Mark says. 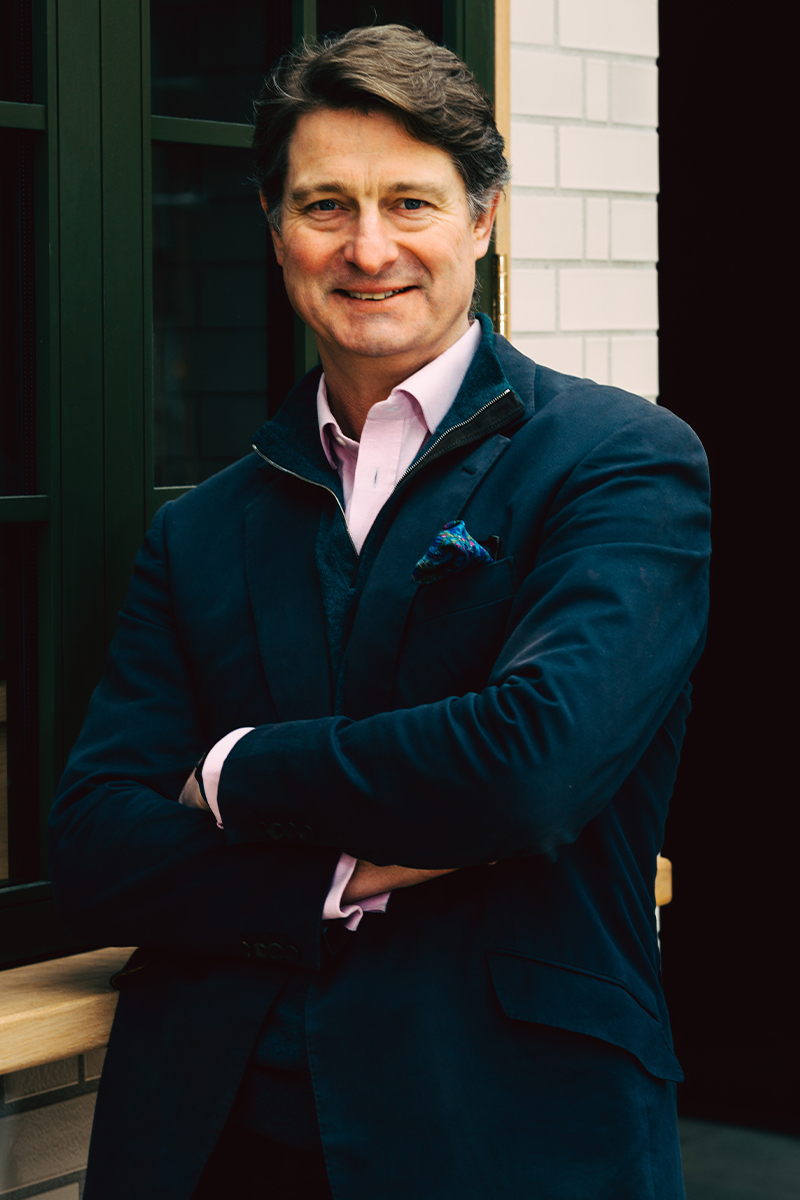 “Building a business from scratch is all about asking, how do I make this better?”

It’s a mission that Mark is well-placed to spearhead, having already earned himself some respectable environmental credentials. In 2007, he quit his career in investment banking and founded Delphis Eco, a company that produces environmentally friendly cleaning chemicals for the commercial cleaning sector – a major polluter. With an entire range of eco-friendly products, the company has gone on to win two royal warrants and is in the process of expanding internationally.

Having already done the “heavy lifting” in terms of formulating the range, Mark’s attention has since turned to the supply chain. “Building a business from scratch is all about asking, how do I make this better?” he shares. “And looking at the packaging available, it’s just inconceivable that we are using single-use, virgin plastic when there are millions of tonnes of it floating around in the ocean.”

To resolve this conundrum, he started doing his research, He joined a variety of groups, signed up to memberships but found he was getting nowhere fast. “I wanted to buy recycled plastic that’s collected and reprocessed in the United Kingdom, and I was willing to pay more for this. I couldn’t understand why nobody was listening to me,” he recalls. “I trawled around recycling centres asking, ‘Can I buy your plastic?’”

The answer was a resounding “no” as many of them already had arrangements in place. But eventually somebody called him back and Mark promised to underwrite the entire supply. “There was no way I could have underwritten their supply,” he admits. “But I just gave them the confidence and said ‘yes’ because I believed somebody bigger would come in behind me.”

Even then, it took some time to get the product, made using recycled milk bottles, to where it needed to be, which was 100 per cent recycled. “They said, ‘We’ll do it at 15 per cent’ and I said, ‘Don’t call me back until it’s at 100 per cent’,” he shares. “And then they came back at 50 per cent and then 70 per cent. Eventually, we got to 100 hundred per cent. So we proved that you can effectively take a single-use plastic milk bottle and recycle it and re-blow in the UK.”

Having resolved the packaging issue for Delphis Eco, Mark is now focused on getting other companies to follow suit, but he admits it has been “incredibly hard”. To help with his mission, he came up with the Recycled Plastic Rating (RPR) mark, harnessing the power of the consumer to bring about change. “It’s not about whether it’s recyclable, it’s about whether it has been recycled,” he stresses. “So it’s turning the narrative completely on its head.”

Indeed, a Populus survey of 1,000 consumers in the UK revealed that 79 per cent would support clearer labelling of plastic packaging so they could ascertain its impact on the environment. A rating of how much recycled content is in the packaging would hold companies accountable, and allow consumers to vote with their wallets. He’s confident this accountability would swiftly turn the tide and send brands back to their recyclers to try to improve their rating. “The moment that happens, the recyclers will invest and start recycling plastic,” he predicts. “It’s one of the easiest climate emergency factors to fix. It’s infinitely doable.” 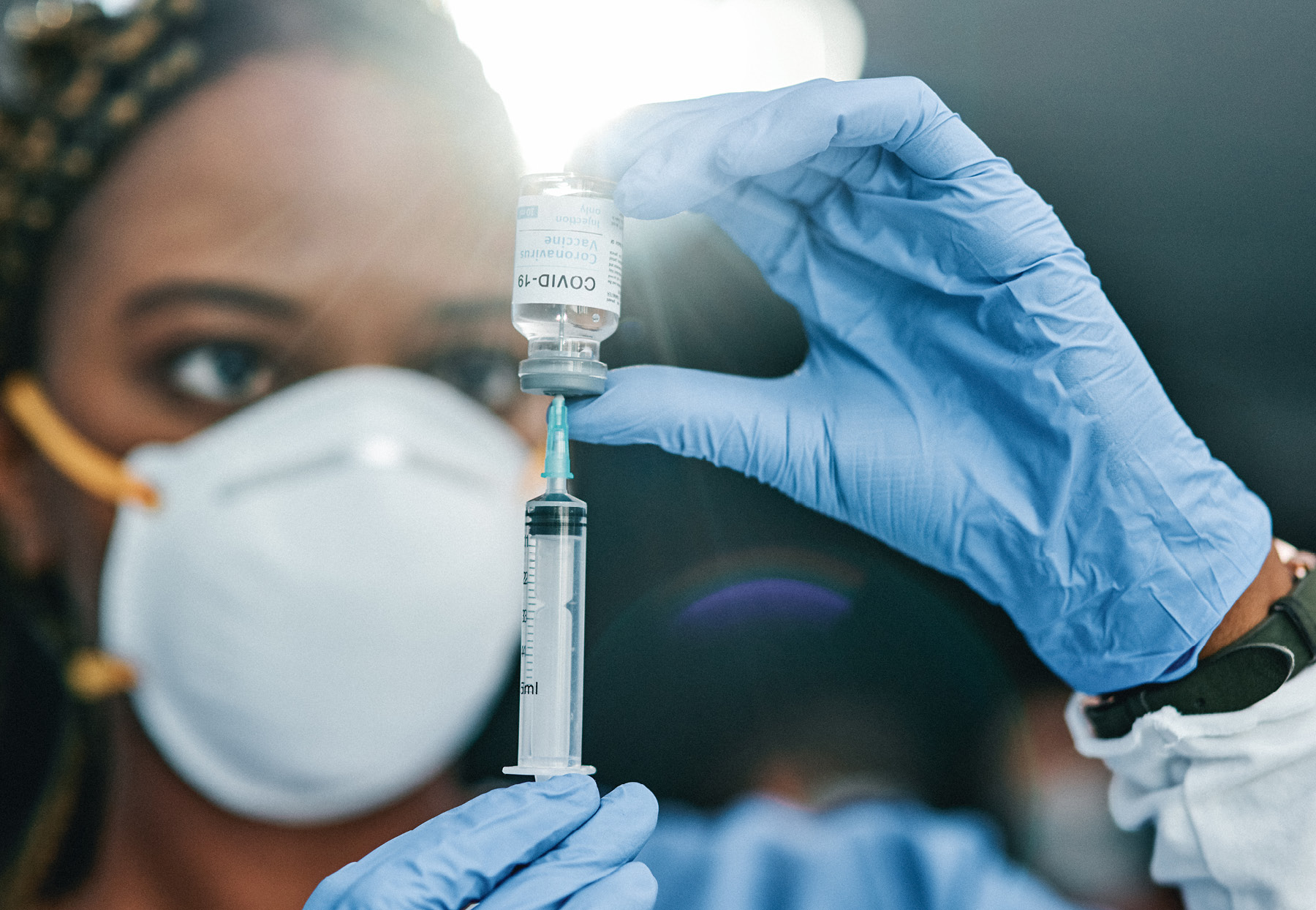 “If we didn’t have plastic, half of Africa wouldn’t be immunised and I would probably be dead.”

Not one to sit about and merely dream, Mark approached a number of big brands to gauge their willingness to participate in such a scheme. The will is there, he confirms, but they all stressed the importance of having one standard mark, rather than the 28 marks that already exist, in order to truly commit. To this end, he launched the RPR mark on 20 September 2019 in the UK’s House of Commons during Greta Thunberg’s Climate Strike, with the aim of it becoming the standard that would be adopted by companies and governments globally.

But then, of course, the pandemic struck. As a business making cleaning products and sanitisers, Delphis Eco was suddenly dealing with an influx of orders from all over the world.  The business grew by 160% in 2020.  “A whole generation of people became more aware about cleaning and they wanted to clean with products that wouldn’t damage their personal health or the environment – so we were big winners,” Mark says.

The campaign, however, was impacted in a different way. “All of the brands we’d been working with like Diageo, Ella’s Kitchen and Innocent, who were ready to sign the manifesto calling on the government to recognise the RPR mark as the single standard, were also in crisis mode so the movement was put on hold.”

Now, things seem to be moving in the right direction once again. Certain single-use plastics have recently been banned in a number of states in America while India has implemented a similar measure. As momentum builds once again, and companies start to register for the scheme in growing numbers, all of the fees collected by the registered not-for-profit charity will be used to promote education around sustainability.

Meanwhile, for Delphis Eco, although that initial surge in interest is cooling as the virus becomes part of the “new normal”, the episode has certainly helped develop awareness across a range of markets. Now, the focus is on driving harder into international markets, with Europe next on the agenda followed by the United States in 2023.

Growing its “relatively new” retail presence is also on the cards. “The unfortunate stigma of eco-friendly products is that they cost more and they don’t work,” Mark says. “It’s trying to say, well actually our stuff is used to clean hospitals, hotels and fabulous restaurants, so it’s fine for you to use at home. It’s raising that awareness.” 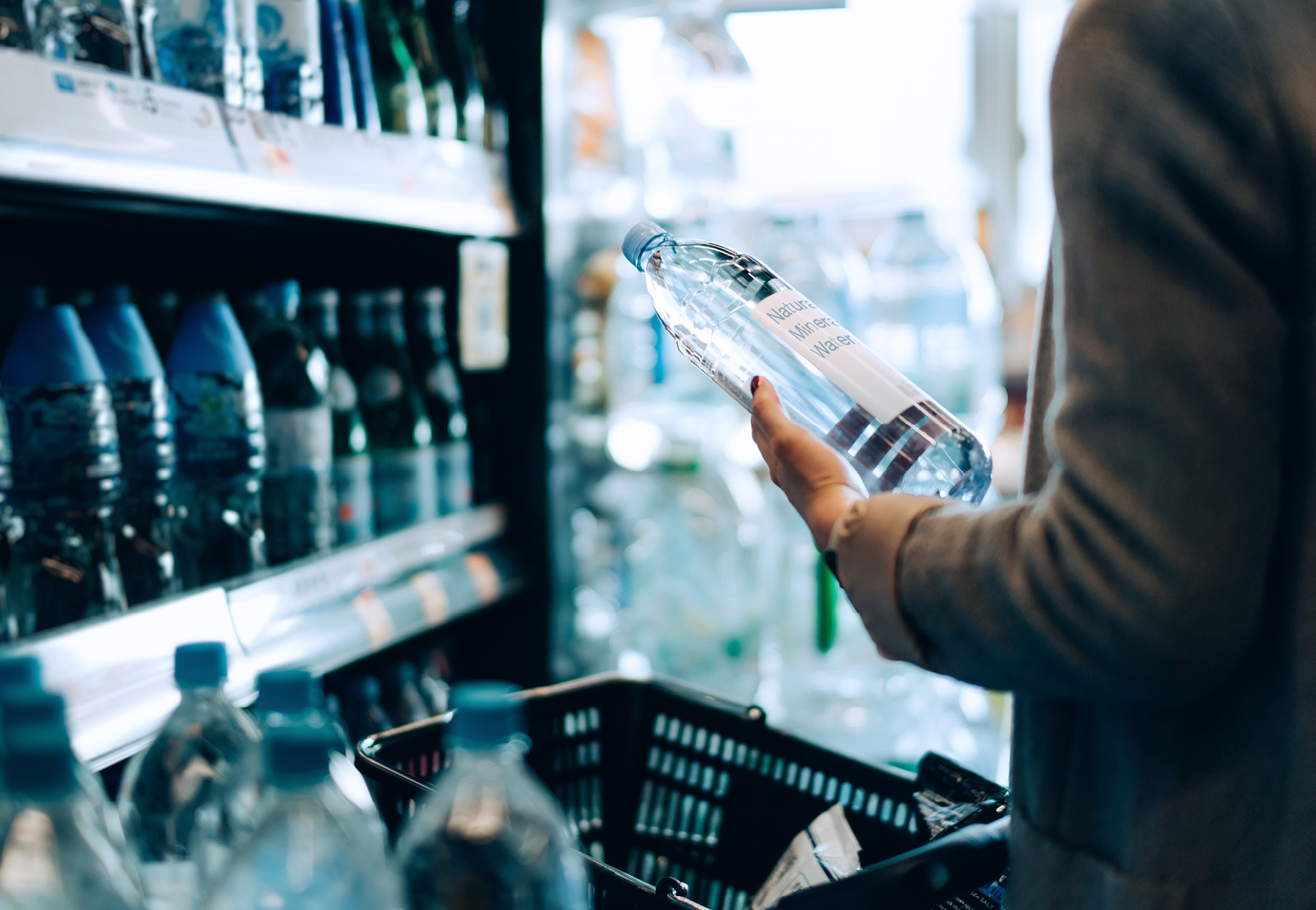 Although Mark says his dyslexia made his school years “super tough”, he has since come to see it as an advantage. Continually innovating, he describes himself as somewhat of a tinker. It’s this love of playing around with things and trying to find a “better way” that led him to create the Delphis Eco range, and then set him off on his packaging mission. “I look at stuff and ask, ‘Could I make that better?’” he reveals. “I love to try and invent stuff.”

At the moment, he’s looking at alternative ingredients for cleaning products sourced from by-products of the dairy industry, manure and even rubbish dumps. “We’ve also been working with a young startup that uses seaweed as a film,” he shares, touting its potential use as wrappers for dishwasher tablets that dissolve without leaving any microplastics behind. The latest innovation piece that Delphis Eco is about to launch is a two-litre refill range.

Hanging large on the wall of the Delphis Eco offices in Westminster are the words: “Be green at every stage”. It’s a daily reminder that every decision we make, be it big or small, has an impact – a belief that underpins the company culture. The other defining factor of the company culture is understanding what it’s all really about. “We don’t sell cleaning products,” Mark stresses. “We sell the ability to be more sustainable, so it’s trying to think like a consultant and ask, ‘How do I help ‘solutionise’ the ability for everybody to be more sustainable in their lives?’”

Finally, it’s about valuing and listening to everybody’s opinion. “In banking, wisdom only comes from above but just after starting Delphis, I gave a talk to a bunch of eight-year-olds and I was completely blown away. At that point I realised that it doesn’t matter how old you are – everybody has an opinion and everybody’s opinion needs to be listened to. I don’t care who you are, what your title is,” he insists. “Good ideas come from all sorts of places.”