How Molly Hellerman went from athlete to Atlassian executive

The Premier League athlete turned tech executive shares what soccer and software have in common, and why she believes there’s no such thing as a ‘natural leader’. 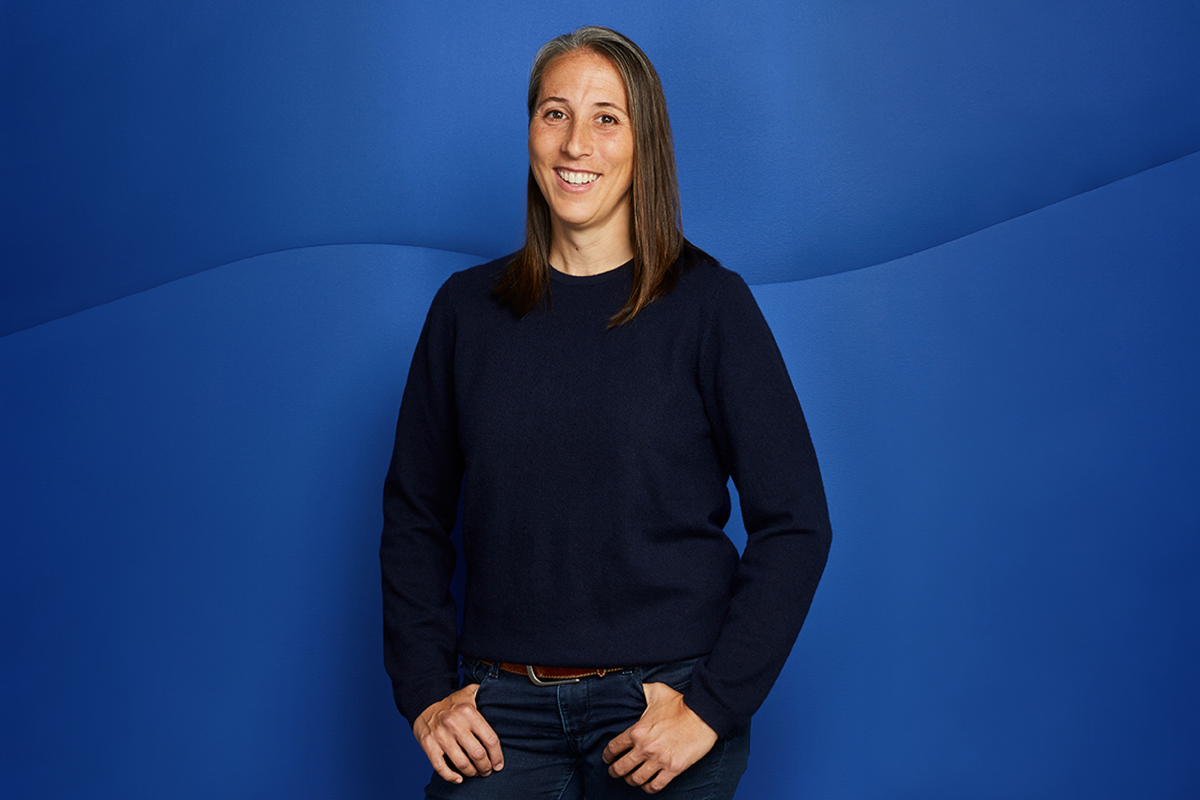 From playing professional soccer for Chelsea Ladies FC to co-founding a not for profit and now working for tech giant Atlassian, Molly Hellerman is the first to admit that her CV has more plot twists than a Dan Brown novel. However, as varied and colourful as her career trajectory has been, she reveals that a common thread has endured across each position.

“I’ve had a pretty diverse background,” Molly laughs. “And it’s easy to look at it and wonder how everything I’ve done connects with working in the tech sector. Kudos to Atlassian for taking that bet on me, but when I actually think about it, a hallmark across all of those is putting myself in positions where building teams is key, and where I can help create innovative, unique solutions. I am a team player through and through.”

Even as a child, Molly felt the lure of technology and the infinite scope of possibilities that it offered. She fondly remembers her father bringing back a handheld digital game, Pong, from his travels in Japan. Endless hours of enjoyment were spent directing the virtual ball towards the paddles on either side of the screen.

Another computer game had an even more profound effect. “It was called The Oregon Trail, and basically you’d try to solve problems,” Molly tells The CEO Magazine over a Zoom call during lockdown. “They were things like, I don’t have a mule, or I’ve hit this corn patch and don’t have anything to cut through it with. But it’s funny because that’s exactly what I do for my job: find solutions. So I think those early experiences with technology – the combination of pure joy and problem solving – was part of the spark in terms of my future career with Atlassian.”

Itchy feet coupled with big dreams to change the world meant that Molly never stayed still for long. After obtaining a bachelor’s degree in economics and Spanish from Wellesley College, Molly played professional soccer for Chelsea Ladies FC at the same time as working as a finance analyst in mergers and acquisitions in the water, paper and energy sectors. But Molly recalls that several years later, she found herself asking, “What do I want to do next? How can I make an even bigger impact?” So she headed to Harvard Business School to earn a Master of Business Administration in order to explore ways to “combine sport, the not-for-profit social sector and business”. Utilising her new-found knowledge and hands-on experience, Molly spent nearly three years as Executive Director of not-for-profit America SCORES Chicago, and the following two years as Co-Executive Director of another, SportsChallenge Leadership and Education Alliance.

When Atlassian was founded by two Australians, friends Mike Cannon-Brookes and Scott Farquhar in 2001 using A$10,000 on a credit card, few could have predicted that within a few short years, they would be on their way to becoming one of the most successful tech startups in the world.

Their mission was simple – “to help unleash the potential of every team” – by creating and developing software that would become indispensable for workplaces both big and small. And they quickly delivered on this promise. Their resultant rise to the top of the tech industry was meteoric, to say the least. In 2015, they became the first Australian company to become a tech ‘unicorn’ (a private company valued at or over US$1 billion), with a valuation of US$5.7 billion when they debuted on the stock market.

Their flagship product, Jira, a program that aids project management and software development and tracks bugs, is now used by thousands of organisations worldwide, including NASA, Tesla, eBay and Twitter. And Trello, a 2017 acquisition that helps organise projects via a virtual whiteboard system, is used by more than 50 million people. Today, Atlassian has 4,000 employees in seven countries, boasts more than 170,000 customers, and has 4,000-plus apps in its Marketplace. This year it was voted the Best Multinational Workplace for the fourth year in a row.

It’s a testament to the company and the quality of its products that even a global pandemic couldn’t tarnish Atlassian’s impressive track record. Indeed, in the midst of COVID-19, it reported a 33 per cent rise in revenue, with their market value standing at US$46 billion in July 2020. By sticking to its core values – ‘Open company, no bullshit’; ‘Build everything with heart and balance’; ‘Don’t #@!% the customer’; ‘Play, as a team’; and ‘Be the change you seek’ – Atlassian safeguarded its brand, ensuring that it could not just survive but come out on top regardless of any global crisis.

It’s not surprising then that, while Atlassian may not have been a not-for-profit or connected to the sporting industry, Molly’s transition to the company in 2012 was seamless, given its principles and business philosophy aligned so perfectly with her own.

“I was drawn to Atlassian by the values, and those are still guiding how we make decisions today,” she says. “The culture is going to change as you scale and grow and change your offerings. But if the values are strong, then you know that culture will continue to persist in a positive way. Atlassian’s values are very visceral, not just something written up on the wall, and I like that that continues to be the fact.”

As a woman who has always worked in predominantly, or at least traditionally, male-dominated fields, Molly reveals that she’s never had a problem with shattering glass ceilings, on or off the field. Instead, she has learned to view her gender as a strength rather than an obstacle.

“Pretty much everything I’ve done has been in a male-heavy sector,” Molly explains. “When I was working in metals trading, it was literally all men, except me and one other woman. The London Metal Exchange would have these parties and I’d be the only one in a dress. So I’d stick out – which is sometimes an advantage, right? In soccer as well, women playing in the UK was still quite new at that time, and the Premier League was really only for men. So [equality] is something that I’ve continually strived for and I think it’s something we need as a world.”

And while the stigma of women in the tech sector and the pervading boys’ club mentality of Silicon Valley startups are nearly a thing of the past, Molly is adamant that there is still plenty of work to be done.

“I would love to see more women and minorities in our industry,” she says.

“And research shows that it’s the combination of diversity and inclusion that is so important. Because unless we are inclusive, the actual type of thinking that we’re doing is not as great.

“There are a lot of women out there who are fantastic, and who are ready to rumble, but it’s just about opening that door a bit wider for them. Atlassian has a lot of practices in place that can help do that, so if we and everyone else in the tech sector can continue to notch up, hopefully we will continue to have more success.”

All shapes and sizes

Molly has held several positions over her almost eight years with Atlassian, including Senior Manager Business Strategy and Operations, and Head of Business Strategy and Analytics. However, since 2019 she has worked as the Global Head of Innovation Programs, spearheading the creation of a team dedicated to “transforming innovation potential into reality”.

“Everyone has a very different definition of innovation, and I don’t think that anyone is actually right or wrong,” Molly tells. “When I think of innovation, it’s unbridled creativity that is brought to life that has the potential to fundamentally change the world.

If you look at my career and the things that I’ve done, changing the world is something that I’ve always tried to do even in some small way.

And that is ultimately what’s happening with our innovation programs at Atlassian.”

With teamwork so intrinsically tied to both her identity and every professional position she’s ever held, it’s clear that Molly sits on the opposite end of the big, bad boss spectrum. Rather, for her, directing a group of people is about flexing her empathy muscles and staying open to a wide range of opinions and ideas, even if they happen to differ from her own. Because often, that’s when the magic happens.

“For me, being authentic is key,” Molly says. “I always strive to be my best self. There’s so much to learn and everyone has such amazing backgrounds if you just give them half a second to peel it back for you. So I try to be humble in my approach and am always hungry to learn more. Some people say that you should learn to say ‘no’ more, but I’ve always said ‘yes’. When you say yes, you don’t know what’s going to be on the other side of the door. You’re put in a position where you have to work really hard to figure that out, and if you don’t succeed, then you learn from that too.”

While there’s no denying her prowess managing a team (regardless of whether it’s been on a soccer field or in a meeting room), Molly is adamant that if her decades of experience have taught her anything, it’s that great leaders take all forms.

“I think there are some real fallacies around what it means to be a leader,” Molly says. “You hear people say, ‘Oh, they’re a born leader’ or assume that leaders have the be the loudest person in the room. And I’ve found this to simply not be true. Leaders take all different shapes and forms, and depending on the moment, a team may require a very different leadership style. So for me, a leader is someone who can understand, empathise and relate to people who are very different than themselves.” 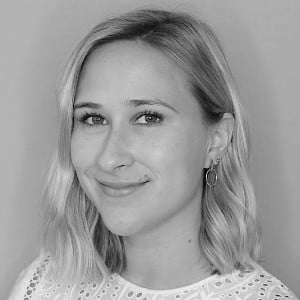