The everyday device in your home killing hundreds around the globe

When you think of things that might kill you, it’s unlikely that your phone springs to mind. We have bad news for you… your smartphone is killing you. 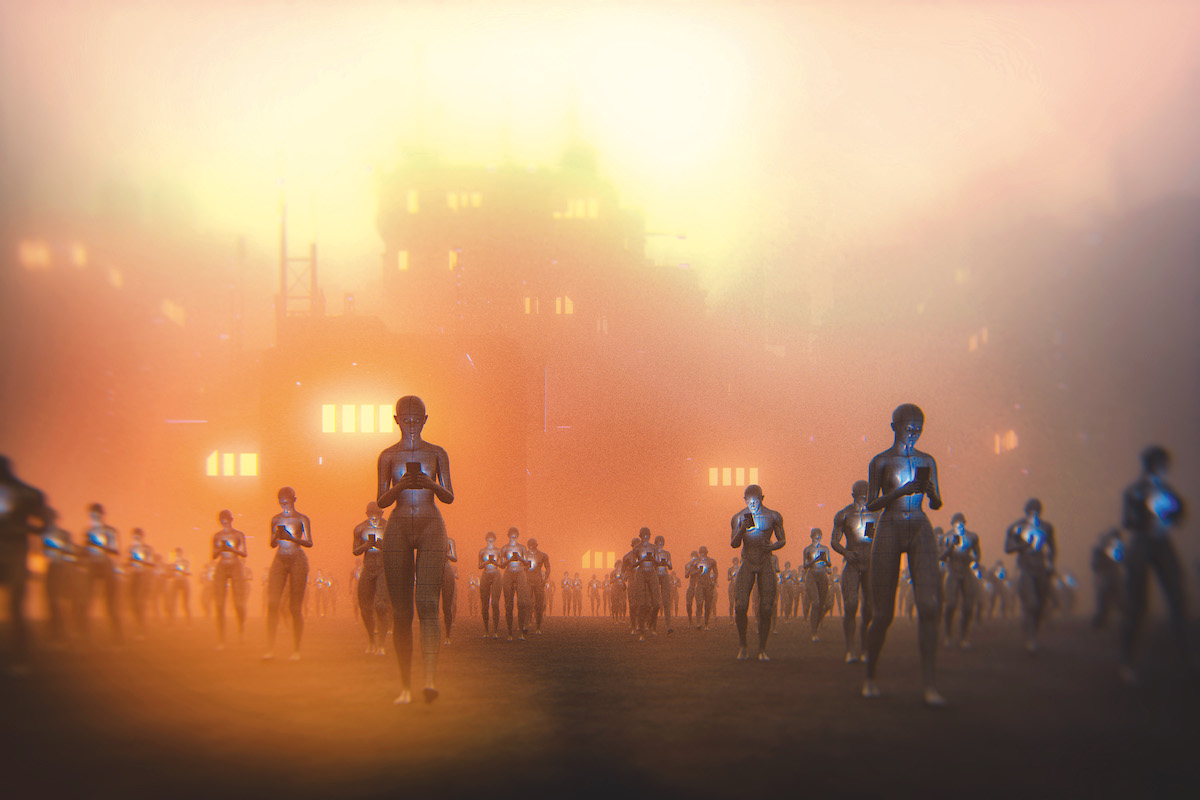 Perhaps because the Apple iPhone was only released in 2007, a lot of us have not yet grasped the full deleterious effects of ‘the device’, and the many similar not-so-smartphones the now clunky-seeming original spawned.

Countless numbers of people have been killed by their smartphones already, and we’re not talking about the tin-foil-hat brigade’s concerns about the effects of 5G, wi-fi and phone signals in general on our brains.

The most obvious example is all the people who are killed on our roads, not just because they were the ones stupidly looking at their phones while driving – Australians now believe it is the main reason for our rising road toll, with 32% of drivers admitting to reading text messages while driving, according to the Community Attitudes to Road Safety 2013 Survey Report – but because they ambled, zombie-like, into traffic while posting on Instagram.

The number of pedestrians killed on US roads has risen by a staggering 51% since 2009. In 2017, pedestrian fatalities in Australia jumped by 20% in a year, with police blaming the stupidity of smartphones.

If you haven’t noticed the number of people who try to cross roads while ignoring the approach of big heavy vehicles in favour of their tiny screens, it’s probably because you’ve been looking at your phone.

The RACQ would like to see new laws to fine people who cross the road while staring at a device. “We think that sort of offence is on its way. There’s no doubt about it,” spokesman Paul Turner said.

“Stand at an intersection in the CBD for half an hour and you’ll see five or 10 people just being saved or stopping themselves from walking out into traffic because they were looking down at their phone. When you tap them on the shoulder and they look up it’s as though they’ve been in some sort of daze because they are so engrossed in their phone.”

No doubt you’re congratulating yourself for not being like that yourself but, be honest, what is your relationship with your phone like? And even if it’s not getting you run over, how much harm is it doing you?

Have you, for example, felt what’s known as ‘phantom vibrations’ from your phone? That sensation where your body is sure it’s detected a new message buzz, but you check and there’s nothing there? That strange and concerning sensation is caused by the state of hyper-vigilance you’ve no doubt found yourself in from time to time, when stressful/vital information is pouring into this now essential-for-life device, which is rarely more than a metre away from you.

The fact is, we are, as a species, becoming addicted to both the dopamine hits of satisfaction that our smartphones give us hundreds of times a day, while being simultaneously assaulted by the dangerous levels of cortisol they send coursing through our bodies.

That combination is affecting everything from the way we sleep to our attention span, our memory, our self-esteem, decision-making skills and our physical health. You’re probably aware that many apps, and phones themselves, are designed to be habit forming. Those Likes on Facebook and Instagram are designed to trigger happy chemicals in our brains, much the way poker machines do, and thus to make us want to keep checking them, endlessly. 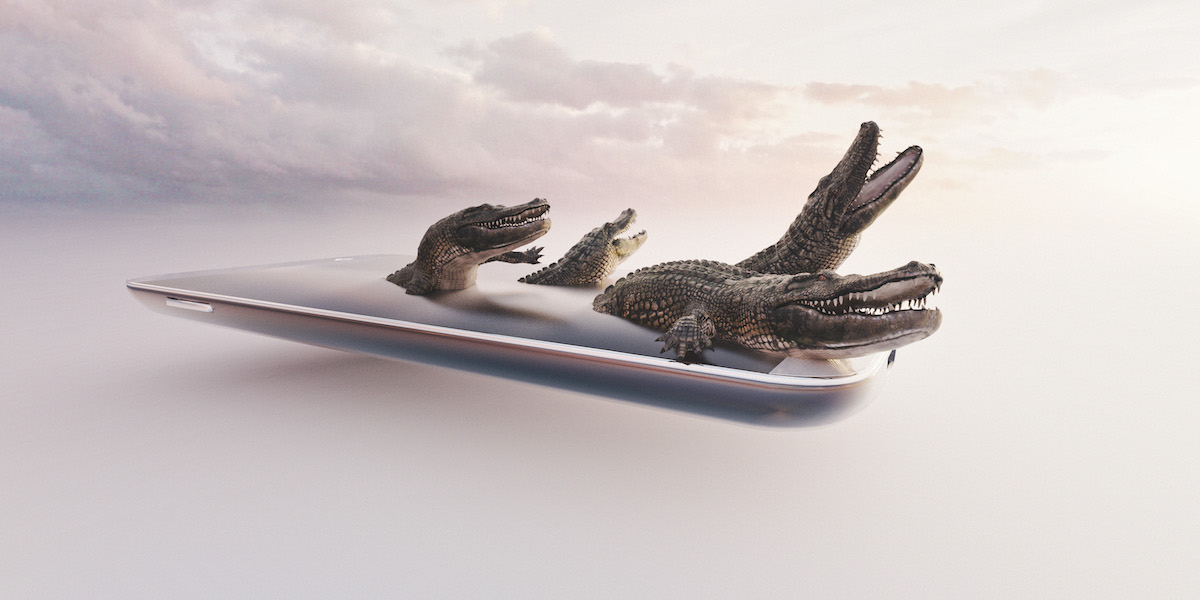 No less an authority than Google noted in a report that: “Mobile devices loaded with social media, email and news apps” create “a constant sense of obligation, generating unintended personal stress”.

According to a study by a tracking app called Moment, the average American spends four hours a day staring at their phone. Unfortunately, not all the information our screens give us is positive, and when we’re getting, instead, irate emails from colleagues, for example, or other bad news, our bodies release cortisol, our fight-or-flight hormone.

Cortisol is designed to prime your body to react to physical threats – such as bears, or bullies – and it changes your body physically, upping your heart rate, frizzing your adrenaline and spiking your blood sugar. Unfortunately, your body also responds with cortisol when you’re being stressed emotionally. And smartphones can provide you with these moments, wherever you are, multiple times per hour.

“Your cortisol levels are elevated when your phone is in sight or nearby, or when you hear it or even think you hear it,” says David Greenfield, the founder of the Center for Internet and Technology Addiction.

“It’s a stress response, and it feels unpleasant, and the body’s natural response is to want to check the phone to make the stress go away.” Checking the phone, of course, can just provide more bad news and thus you can get into a cycle that leaves you with chronically high levels of cortisol. And this can lead to all kinds of health issues, including heart attacks, dementia, diabetes and depression.

Dr Robert Lustig, author of The Hacking of The American Mind recently told The New York Times that “every chronic disease we know of is exacerbated by stress, and our phones are absolutely contributing to this”.

As bad as smartphones are for you, of course, you’ve only had it running your life for the past dozen years. Just think of what it’s doing to your children, and the entirety of the coming generations. Anyone over the age of 10 is already unable to imagine a world without smartphones, and as they grow into adolescence, they are likely to be gifted one of these dangerous yet vital devices by their own parents.

This is “like giving them cocaine or heroin”, according to David Gillespie, the author of Teen Brain – Why Screens Are Making Your Teenager Depressed, Anxious And Prone to Lifelong Addictive Illnesses – And How to Stop it Now. 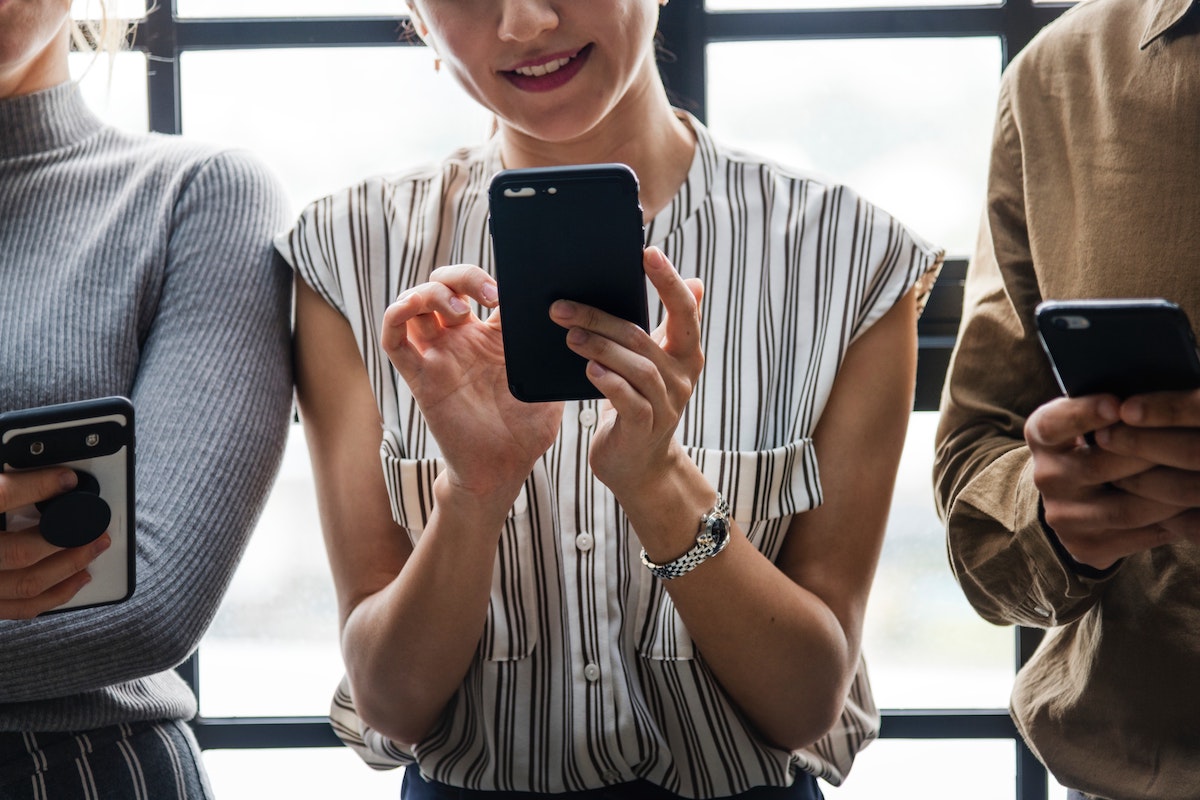 Gillespie’s book is full of shocking insights, and data, which make perfect sense of the behaviour many young teens exhibit today, particularly if you’re brave or foolhardy enough to attempt to take a device off one. He points out that in puberty, as the prefrontal cortex expands, the human body turns off a system called GABA (Gamma aminobutyric acid), a kind of “general purpose braking system that stops us from becoming addicted to things”.

This is why the teen years are a terrible time to start drinking or smoking, or even having sex, and Gillespie points out that society has realised this, and had huge successes in those areas.

“Between 2007 and now, the rates of teenage pregnancy, and alcohol and cigarette use by teens all dropped – they’re all about half of what they were, it’s a huge achievement and I don’t know why we’re not talking more about it,” he says. “The rates of anxiety and depression for teenagers should also be halving but, instead, the rates of those things in teens have actually doubled over the same period.

“That tells us immediately that something is replacing those addictions. And what has replaced it is also addictive, as it has driven up mental illness in this life stage.” The reason, according to Gillespie, is that we are now giving every adolescent “devices that can run simulations of addictive behaviour, all the time”.

As he points out, software for smartphones and apps are designed to be addictive, to have the same “mesmeric effect” that poker machines have on those who are susceptible, only across a wider swathe of society. “There are millions of companies competing to be one of those five apps on your home screen that you click a hundred or a thousand times a day, and they want to find a way to get people to press that button by giving them a hit of dopamine every time they press it,” he says. 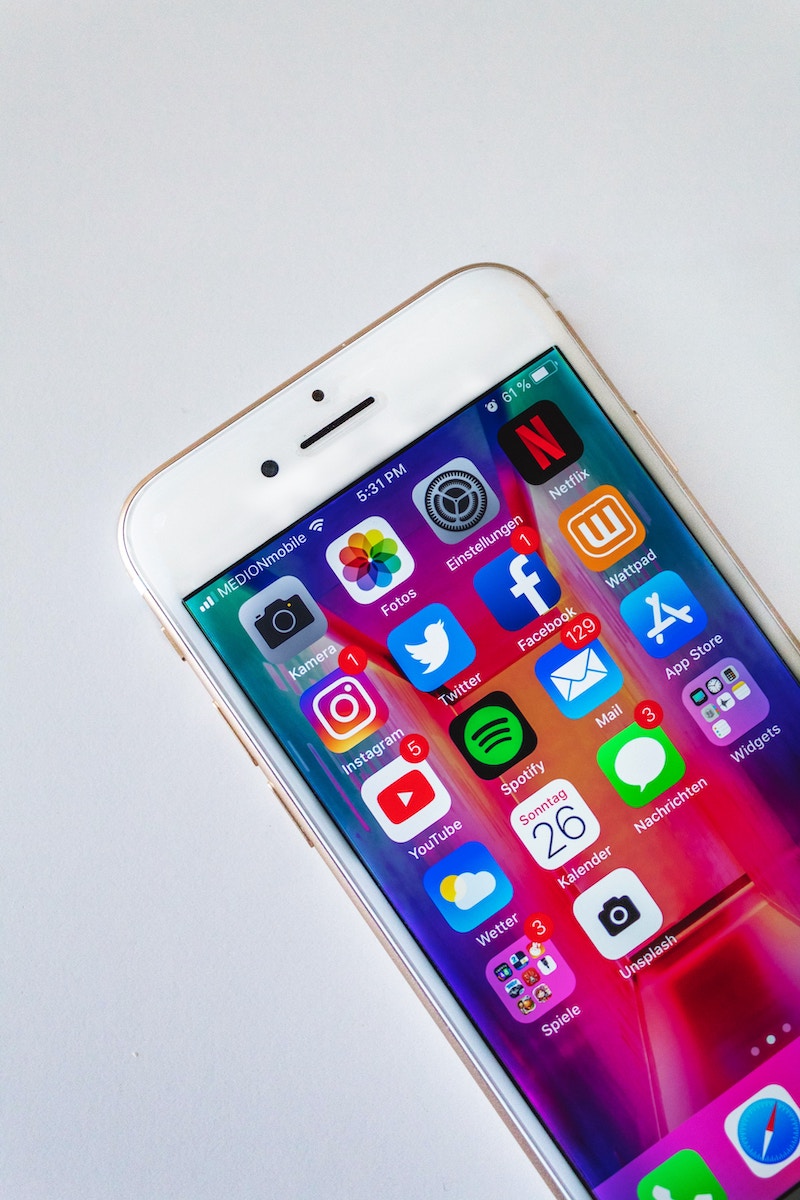 Teens are super susceptible, of course, but boys and girls are targeted in different ways. Young women, Gillespie’s research reveals, are rewarded by the drug oxytocin when “they are in a group of girls, and that group approves of them, they feel liked, and that gives them oxytocin, which is more powerful in girls than in boys”.

“Until now, we’ve never been able to replicate this approval hit of having real people like you, but simulating that is what social media software does. All of the Facebooks, the Instagrams, they’re all high-speed simulators of social approval, and girls, really, really respond to that.”

Throw in the social aspect of being able to chat to your peers while playing, and the mobility of phone-based games, and you’ve got serious addiction on your hands.

As Gillespie says, these devices were designed from day one, by Steve Jobs and company, to be “beautiful, easy to use and hard to give up”. And, knowing how addictive they would become, Jobs famously declared that he wouldn’t let his own children near them.

“The Jobs thing came out by accident in an interview, he was asked how long he let his kids play with iPads and so on and he wasn’t expecting it and just blurted out that he wouldn’t let his children have them – what’s that saying? Don’t get high on your own supply,” Gillespie laughs. “But that’s become the trend in Silicon Valley these days, the executives instruct their nannies not to let their kids anywhere near these devices.

“And the research shows that rich people are less likely to give their devices to kids, because they can afford to pay humans to interact with their children instead. They consider it a low-class thing to give your children a screen.”

Regardless of what health effects you believe 5G networks might have in the coming years, it’s clear that the devices we’re already using, already addicted to, in fact, have had an enormous effect on society, and mortality, and they’ve only been around for little more than a decade. The device may yet prove to be a more potent example of humanity shooting itself in the foot than even the gun.