Here are some of the sustainability potholes to be aware of

Are some of society’s so-called ‘green alternatives’ actually doing more harm than good? 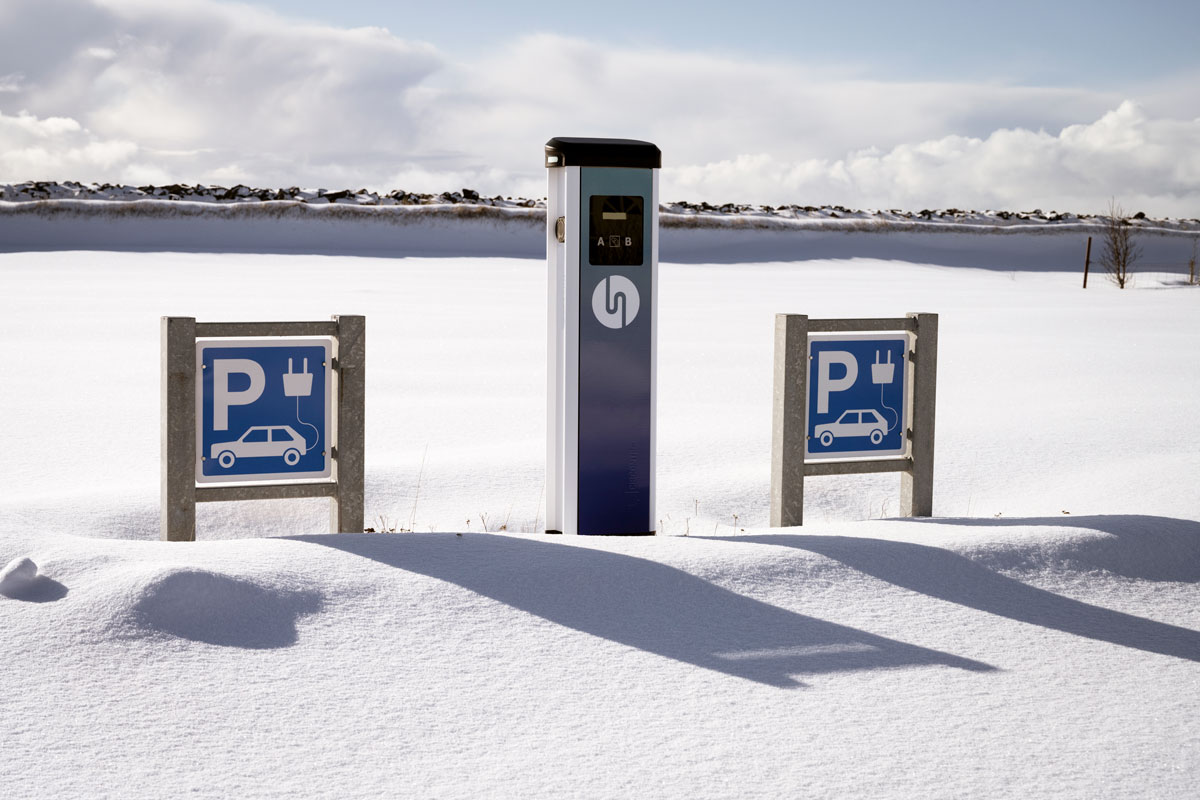 The problem with humans – at least from the point of view of the planet Earth and all its other creatures – is just how accursedly adaptable we are. Imagine a world in which great white sharks were as good at adjusting to different environments as humans – they’d be eating people at the top of mountains, lying on beaches in Thailand and running gift shops in the Cotswolds.

We’ve found a way to live in places like Qatar and Canada, where it’s clearly too hot and too cold for human habitation (but not underwater, yet, fortunately for the sharks). We believe we can find solutions for anything, and then when we work out that those solutions were actually terrible ideas – think Thalidomide, Agent Orange or the fast-food industry – we just come up with new ones and pat ourselves on the back.

How sustainable is sustainability?

A depressingly topical example is the way we deal with flooding. Towns go under, thousands of homes are lost and livelihoods ruined, and how do we tend to react? By ‘bravely’ rebuilding on those same flood plains, ignoring history and reacting with genuine surprise when those houses go under again within a decade. Honestly, it’s as if the actuaries at insurance companies are the only people in the world who can do math, or properly ponder probability.

This is what can make some of the debates over the idea of sustainability so frustrating, because the fact is many of the plans we come up with to deal with the undeniable and daunting challenges of climate change aren’t sustainable themselves. Our tendency to react in a short-term fashion with little thought of consequences is perhaps best typified by the political class, who only really think as far ahead as their next election, but it applies to all of us.

In South Australia, after a headlong rush to green, sustainable energy, came the shock of a total, state-wide blackout on September 28, 2016, which plunged more than 850,000 homes into darkness. Just before that huge blackout, South Australian wind farms were apparently producing around half the state’s electricity demand, and recently the owners of two of those facilities were ordered to pay more than A$1.6 million (US$1.15 million) in fines for breaching National Electricity Rules in the lead-up to the disaster. A formal review declared that “overly sensitive protection mechanisms in the wind facilities were to blame”.

Politicians piled in to blame renewables and point out that the blackout proved they would never work. Remarkably, in 2017, Elon Musk turned his laser-like attention on South Australia and built the world’s biggest 129-megawatt-hour battery for the state, and within 100 days of being Twitter-taunted into doing so by Atlassian billionaire Co-Founder and Co-CEO Mike Cannon-Brookes.

That battery has helped to allow the South Australia to become not just a leader locally but globally in terms of renewable energy. On 11 October last year, it became the first major jurisdiction in the world to be powered entirely by solar energy (for that one day, at least).

There are still some question marks over wind farms, however, with a recent research papers from Harvard University claiming that a transition to wind power on the scale required to change the market in the US would require between five and 20 times more land than previously thought, and that building them would warm average surface temperatures across the US by 0.24 degrees Celsius.

“Wind beats coal by any environmental measure, but that doesn’t mean that its impacts are negligible,” says David Keith, Professor of Applied Physics at the Harvard John A Paulson School of Engineering and Applied Sciences. The pattern of panicking about power sources certainly isn’t unique to Australia, of course. Following the nuclear disaster in Fukushima, Japan, in 2011, caused by an earthquake and tsunami, the German government voted overwhelmingly to shut down no fewer than eight nuclear power plants immediately.

A whopping 80 per cent of the German parliament voted to move forward the phase-out date for nuclear power in the country from 2036–2022. To describe this as poorly thought out would be too kind, as it turns out those power plants were replaced largely by the burning of coal.

By 2020, the National Bureau of Economic Research (NBER) estimated the annual cost of the nuclear phase-out at US$11.4 billion, some 70 per cent of which was assigned to the increased mortality risk from air pollution. The NBER claims the power shift resulted in “more than 1,100 additional deaths per year from increased concentrations of SO2, NOx, and (particulate matter)”.

When governments get these things wrong, it’s not just bad for the planet in a general or even medium-term sense. People die. Today.

Driving towards a utopian future

Electric vehicles (EV) are another example of rushing towards a utopian future without checking whether the road to get us there is filled with potholes. The take-up remains relatively slow in many countries around the world. There are many reasons for this, one of which is the slow rollout of infrastructure to support these vehicles.

Europe has had more success, however, with some European countries pledging to ban the sale of petrol and diesel-powered cars by the end of the decade. In Holland, citizens in most regions can request a free public charging station be installed near their work or place of residence (in towns, EV drivers have the right for a public charger to be no more than 200 metres from their home).

While some countries have also had planning rules for years that insist any new apartment buildings built be provided EV-charging facilities in their parking areas, others have completely – and ignorantly – ignored that trend. 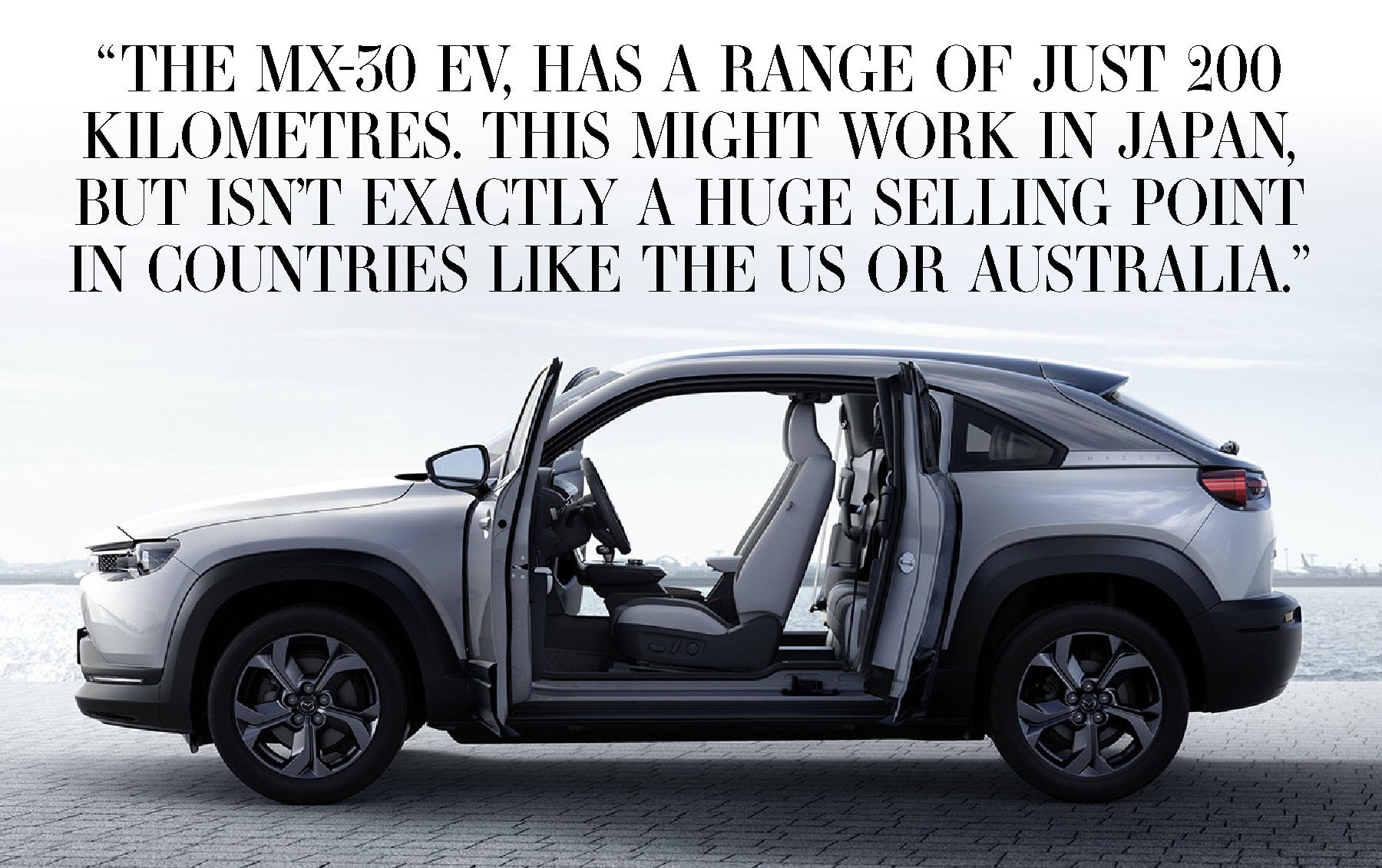 Similarly, many EV early adopters fail to consider where the power they’re putting into their cars is coming from. Yes, your electric vehicle might not produce any CO2, but if you’re powering it with electricity from a coal-fired plant, you’re essentially just pushing your carbon load downstream (admittedly, those who are able to charge their cars from rooftop solar are living at least partly zero-emission lives).

It’s also important to consider what kind of EV you’re buying, and what environmental impact that purchase will have in a larger sense than just reducing the amount of petroleum products you’re using.

The long road ahead

Mazda has done calculations to work out what is needed to produce a car that is truly sustainable, or what is deemed environmentally beneficial “from well to wheel”. This involves taking in everything from the materials used to build the car, shipping it to market, running it for a decade and then recycling its components. According to Mazda, the only way to produce a truly sustainable car is to give it a very small battery because batteries are the trickiest part to recycle or dispose of.

Bravely, the Japanese company said it wouldn’t make electric vehicles unless they were properly sustainable – to that standard – so its only effort so far, the MX-30 EV, has a range of just 200 kilometres. This might work in Japan but isn’t exactly a huge selling point in countries like the US or Australia.

Much like South Australia, which eventually made it to a greener future after a few – literally – dark days, we can only hope that the rest of the world can find sustainable ways to become more sustainable without too many expensive, or deadly, missteps.