The Zozosuit: fashion-forward or so last year?

The Zozosuit set out to change fashion forever by combining tailor made clothes with the futuristic sensation of usable, wearable tech that the Japanese do so well, but as it come apart at the seams? 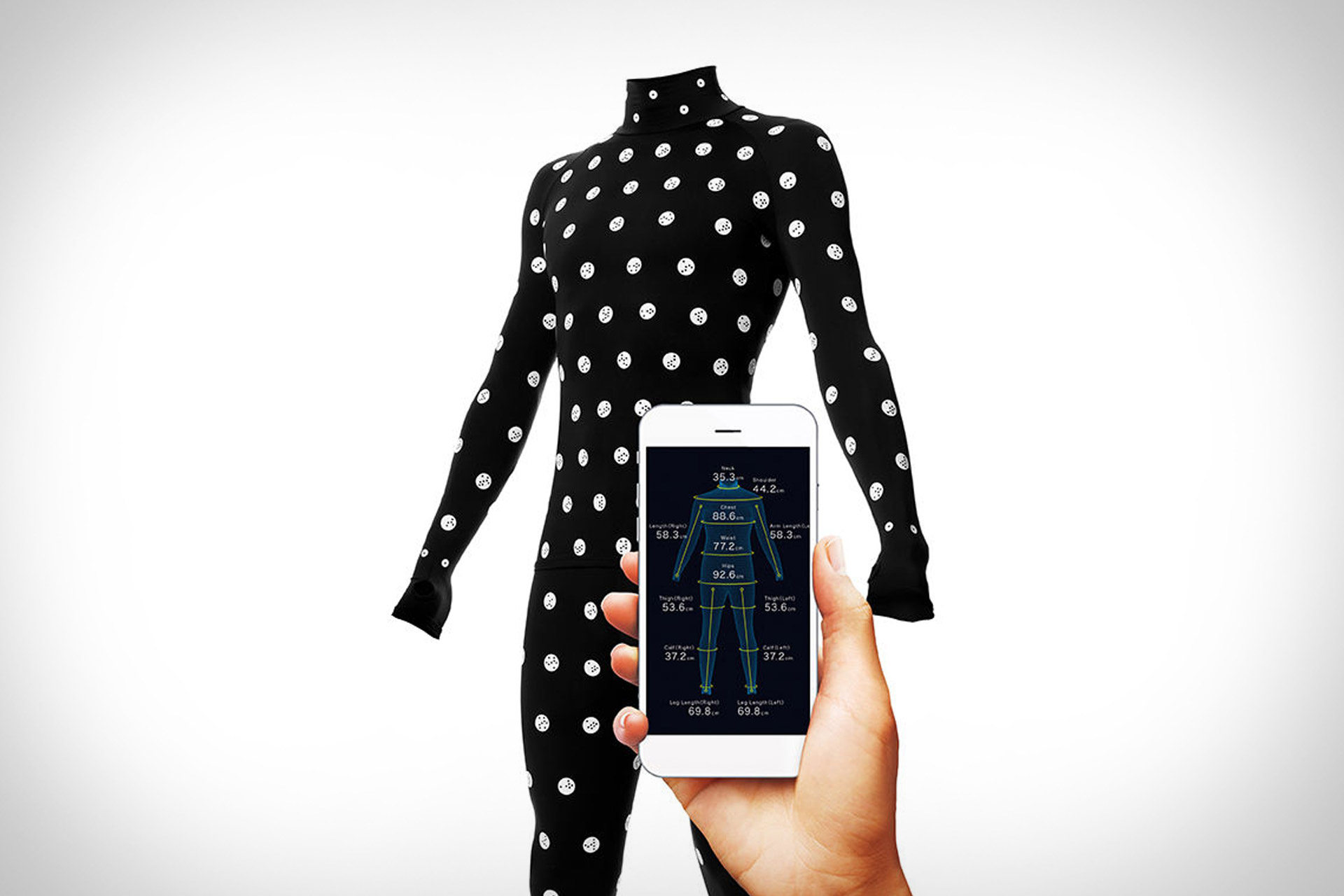 Believe it or not, the idea wasn’t as silly as the Zozosuit name sounds. The Zozosuit set out to change fashion forever by combining the special high-end feeling of having your clothes tailor made with the futuristic sensation of usable, wearable tech that the Japanese do so well. With just a frisson of Star Trek thrown in.

In the future that the late, great Gene Roddenberry imagined, humans would all wear bespoke yet largely identical clothing, while meeting, and sometimes mating with, strangely coloured aliens.

The fitting sessions for Star Trek suits were never shown but it would have seemed appropriate if they used the Zozosuit method, which involves donning a skin-tight, hugely unflattering bodysuit covered in white dots, twirling around in front of the camera on your smartphone – in the privacy of your own home, thankfully – and letting the Zozo app create a supposedly super-accurate 3D model of your body.

Thus, rendered in all your digital glory, you could then send off your order via the shopping site Zozotown for a US$58 pair of jeans, or a US$22 T-shirt that were made, literally, just for you.

“The time where people adapt to clothing is over, this is a new era where clothes adapt to people,” was the company line.

Promisingly, Zozo even released pictures of its obviously stretchy suit on everyone from sumos to sylphs, so you didn’t have to worry that it was Japanese-sized only.

After the company zoomed past one million orders in its home market back in May 2018, just 18 months after launch, it announced that it would expand its offering to 72 countries around the world, including giant markets such as China, India, Brazil, the US and UK. And that it would add business suits to its offering (at just US$197 each).

Part of the plan’s genius, apart from its obvious appeal to millennials and other tech/fashion victims – not to mention anyone who loves a bargain – was that it posted out the Zozosuits for free, which encouraged many people to at least give the system a try.

Unfortunately, after the initial explosion of interest, Zozo recently had to write down its profit forecasts for 2019 by more than 30% (it was still planning to make US$243.7m), due to the fact that the impact of the free-suit approach “did not have the scale that we had hoped for,” according to a company statement.

Zozo CEO Yusaku Maezawa, a colourful businessman who has pledged to fly to the moon with Elon Musk, admitted that while many people had ordered the free suits, a considerably smaller number had actually paid for any clothes. Perhaps they were just wearing the polka-dot suits.

“We have caused our investors great concern,” a contrite Maezawa said earlier this year, as the company’s stock price fell precipitously.

Read Next: Who is Yusaku Maezawa

The idea of made-to-measure by iPhone might not be the problem in itself, of course, because Zozo also gave itself headaches by failing to deliver on one of its core promises – a two-week shipping time. Some customers complained that their clothes took months to turn up, far less satisfactory than just going to the shops and trying things on.

Worse still, many critics savaged the clothes when they did arrive for not fitting as well as one might hope from a bespoke-sci-fi service, or even as well as something you might buy at Target.

Ryan F. Mandelbaum of the US Gizmodo site revealed that his order took three months to arrive and then: “Everything fit wrong”.

“The jeans wouldn’t stay up without a belt. The button-down shirt’s extra material hung over the pants and could probably have fit a person twice my size – even the T-shirt fit like some shitty promo swag launched out of a cannon at a baseball game. The quality felt no better than a shirt from Old Navy, which probably would have fit me better,” he bemoaned.

To be fair, one Australian reviewer, Amanda Yeo from the antipodean version of Gizmodo, was rather more thrilled with her jeans, describing the experience of pulling them on for the first time as feeling “like Cinderella in a gritty modern version of the fairy tale”.

“They were incredibly comfortable – more comfortable than any non-stretchy jeans I’d worn before,” she said. “The jeans felt as though they were made for me and I couldn’t wait to wear them out.”

In April this year, Zozo shut down its European and US websites, a clear admission of failure. Or at least an admission that the Zozosuit was either before its time, poorly executed or just so inherently Japanese in its aesthetic that it was never going to catch on globally.

Frankly, it’s probably a little from all three columns. And yet it does seem like one of those ideas that might just catch on as human beings – with our Uber Eats and our new fondness for what’s being dubbed “JOMO” – the “joy of missing out” – seek out more and more ways of never leaving our digitally enhanced nests.

If you never go out, of course, it doesn’t matter quite so much if your T-shirt is a bit baggy. Or you could just wear a Trekky suit, if you prefer.