“It’s an honour,” he tells The CEO Magazine. “For 15 years my team and I have been working hard to actually prove that the carbon credit concept can both save the environment and make money, so this award shows that we’ve gone quite a way towards achieving that.”

Climate action is quite literally a hot topic at the moment. As emissions continue to warm the planet, the biggest industrial nations are scrambling to mitigate the effects. One of these methods is the concept of the carbon credit, a coupon that permits the emission of a certain amount of carbon dioxide. Each credit represents a tonne of carbon dioxide that has been eradicated from the atmosphere.

Projects that generate the credits then sell them on to companies to offset their emissions. As a result, the voluntary global market for carbon credits has taken off; in 2021 it hit a record US$1 billion.

“For humanity to exist in 1,000 years time, we have to shift from thinking about just sustainability to thinking about how we can build a restorative economy.” – Dharsono Hartono

But back in 2007, the carbon credit was still finding its feet. Just a decade on from the commencement of trade through the Kyoto Protocol, the concept had yet to present a fully realised case to the industrial world.

At the same time, deep in the forests of Borneo, a realisation was underway. Formerly a part of PricewaterhouseCoopers and JPMorgan Chase, Hartono traded the corporate world for the natural one. As CEO of PT Rimba Makmur Utama, he and his partner, Rezal Kusumaatmadja, established the Katingan Mentaya Project with a view to provide the global market with carbon credits.

“We knew there was a need for carbon credits, although not in the way it is today,” he says. “People love the idea of conserving nature, providing livelihood and inclusivity for rural communities, but at that time especially, there was no market for it.”

Established as a proof of concept, the Katingan Mentaya Project has blossomed into the largest project of its kind in the world. The project conserves 157,000 hectares of peat swamp forest land. Aside from being a haven for endangered wildlife and lush botanical specimens, the area naturally stores and prevents carbon emissions. Every year, Katingan Mentaya produces almost 7.5 million verified carbon units, which are then sold to the global market.

Meanwhile, the forest and the communities that coexist with it are left untouched and able to contain carbon and create oxygen. “It’s not just about saving the forest,” Hartono says. “We work closely with the communities in and around that land, because they’re the ones who can act as gatekeepers. In return we provide them with a sustainable livelihood and social capital.” 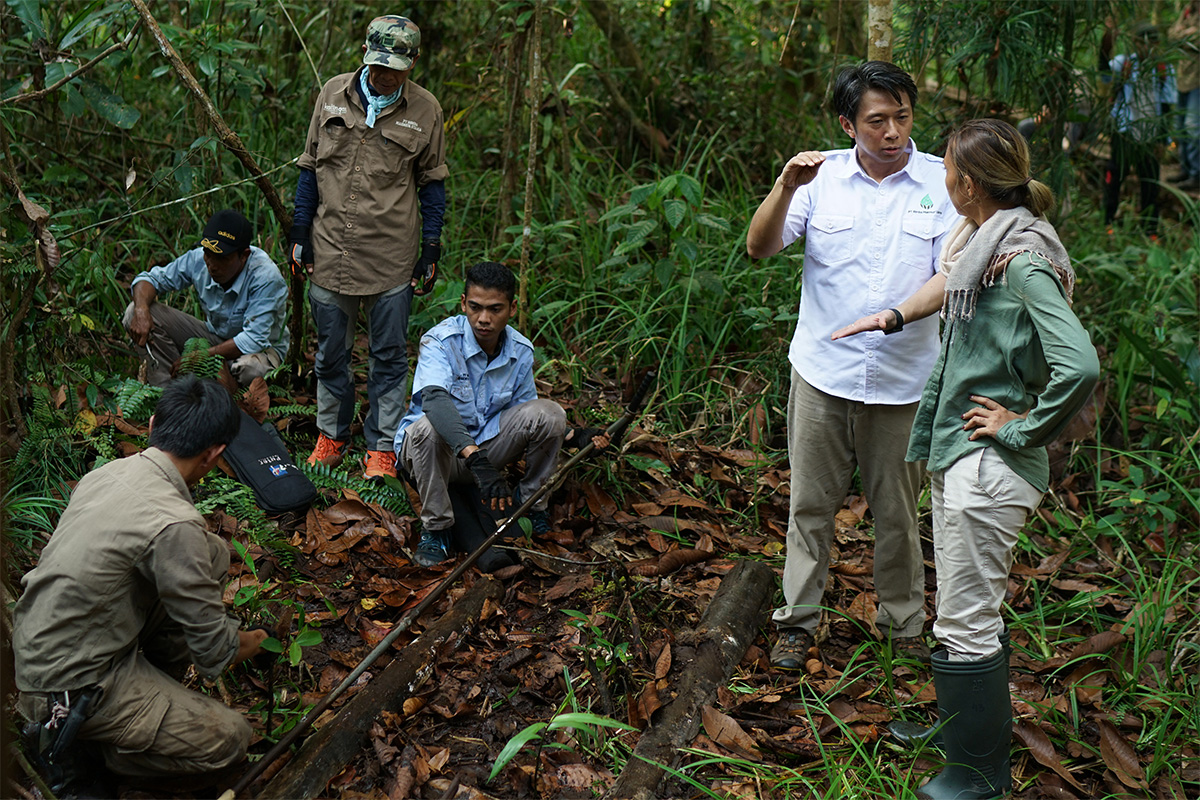 The carbon credits generated throughout the 15 years of the project’s life have allowed companies to wean themselves off emissions, but it wasn’t an easy proposition to sell. “It was tough in the beginning to convince people,” Hartono says. “It took us six years just to get the licence to manage the forest area. The communities didn’t totally understand the concept of carbon credits, they thought we were selling something you could put in a bag.”

But through perseverance and the persistence of vision, Katingan Mentaya prevailed. “For me, it’s about seeing the impact of our work,” Hartono says. “It’s not just about what we’ve done for the communities or the global market, it’s the understanding we’ve helped bring about. As the world continues to change, more people will understand how to value certain activities and businesses.

“So I hope with this proof of concept that we’ve not only proven to the world that this can be done, we’ve created a new way of thinking about the environmental challenges to come.”

Hartono’s background in real estate and banking helped shape the project in unexpected ways. “I never thought conservation was a good business to be in until I met Rezal at a palm oil conference,” he says. “He knew about sustainability and he pitched to me the idea of a consulting firm that prioritised the planet, people and profits.”

Intrigued and inspired to learn more, the pair joined forces and began their research. Soon, they developed the concept of carbon credits through forest conservation. “I’d never set foot in a forest before then, particularly an Indonesian forest,” he says. “Perspective of area was a foreign concept to me. I thought 6,000 hectares would be big enough.”

Instead, they discovered an area of peat swamp close to 200,000 hectares in size. “If you start opening up peat land, it creates all sorts of haze and emissions,” he says. “So we chose to save it.”

And so the two men with a dream, but without any background in conservation, took the plunge. Once they had the support of the Indonesian Government, things became a lot easier. “They have been very supportive,” Hartono says. “We’ve been blessed to have that support, and now they and the villagers can see the benefits. It’s been a long journey, but a lot of people throughout that time have supported us and believed in what we do.” As does the world. The conversation around climate change and sustainability has changed dramatically – irreversibly – since 2007, and the Katingan Mentaya Project has played a big part in that. “The project will continue to grow but we still have a lot to learn,” Hartono says. “When you strongly believe that what you do has a purpose, you have to be patient.”

Recognition such as the YPO Global Impact Award is rewarding in itself, but Hartono adds that his great hope is that his success inspires others to take his work further. “We need to go beyond sustainability,” he says. “For humanity to exist in 1,000 years time, we have to shift from thinking about just sustainability to thinking about how we can build a restorative economy.”

That means taking a cold, hard look at the mistakes of the past and how that damage can be restored, he says; a process that could see more boundaries put up around critical natural wonderlands around the world. “We are only a steward, a caretaker of the Earth. For too long we’ve sat around thinking we’re the smartest creatures on the planet and so we can do whatever we want. We have to change that mindset.”

The past, says Hartono, is littered with too many instances of humanity taking from the environment rather than serving it and by doing the latter, humanity will be able to leave the greatest gift of all for the generations to come. “When we look back 100 years from now, this can be seen as the moment where, finally, humans got something right.”