Winners of the British Chamber of Commerce Annual Business Awards shared some of the biggest lessons of success. 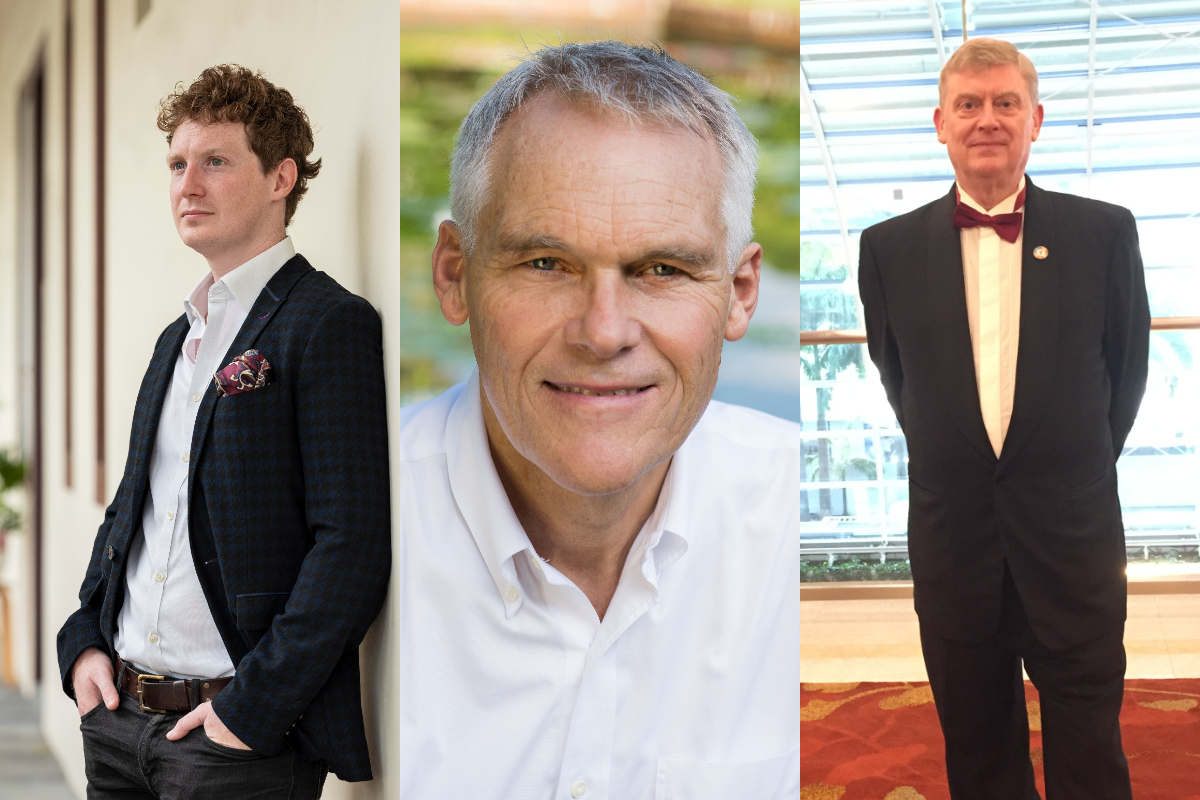 The pandemic may have forced the annual British Chamber of Commerce Annual Business Awards to transform its iconic gala evening into a virtual soiree, but it still attracted hundreds of Singapore’s leading businesses.

More than 300 guests attended the live-streamed virtual ceremony from the comfort of their homes to celebrate the inspiring enterprises being recognised for their accomplishments.

From Rolls-Royce Singapore being crowned for its state-of-the-art technology showcasing breakthrough solutions to Seven Clean Seas, which received an accolade for its incredible efforts in driving sustainability, the astounding companies receiving accolades were well deserved.

The CEO Magazine, who was a proud media partner of the annual awards, sat down with some of the winners to share their inspiring stories and find out what fuels their drive.

When it comes to true business success, it starts with conversations. And that’s exactly what Transform Your Conversations sets out to achieve.

Crowned the title of Business Transformation of the Year, it is the venture’s mission to increase conversation culture at companies with thought-provoking workshops which saw it being recognised with at the Annual Business Awards. 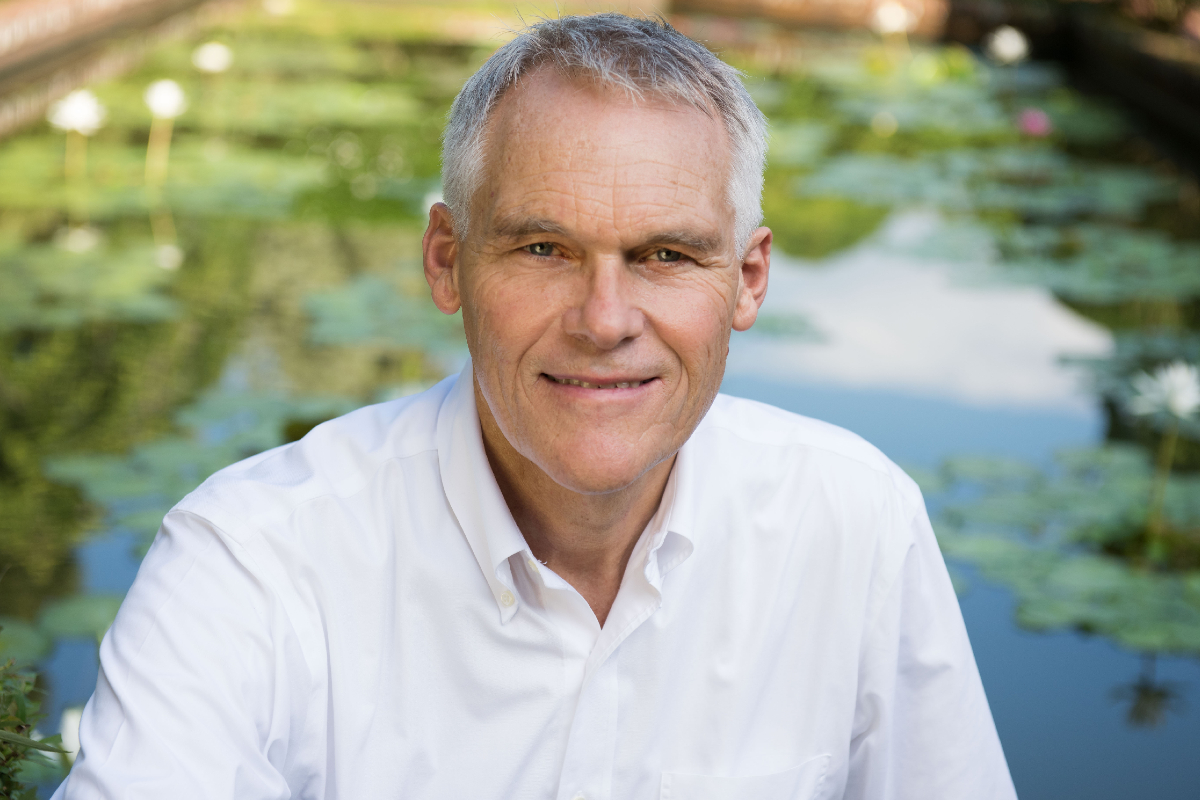 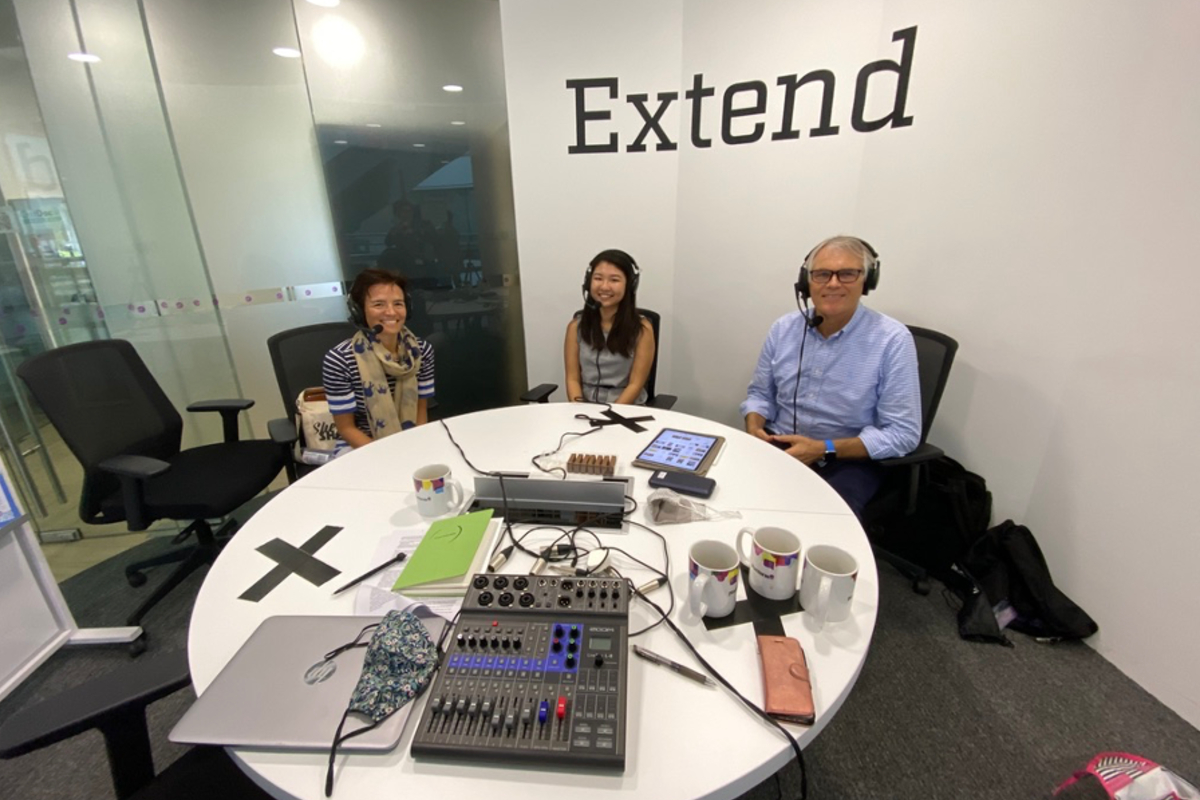 Transform Your Conversations Managing Director Don Rapley explains the prestigious award was an incredible achievement for the brand – especially during the testing year.

“The moment it became clear that face-to-face training was no longer possible as COVID-19 unfolded, we were confident we could go all-in with digital workshops,” he says. “We had not only the experience, but also a strong base of partner clients who were willing to make the transition with us, and this has without question reinforced our relationship with them.

“This award is a fantastic recognition by the panel of what we have achieved and even in the few days since the final, we have been overwhelmed by messages of congratulation from partners and colleagues everywhere.”

“Leaders spend around 80% of their time in conversation with their teams, stakeholders and clients, and the way people do things always cascades down from them,” Don says.

“Leaders have so many opportunities to have great conversations from getting alignment around their goals, giving feedback on performance, growing their teams’ skill sets, coaching and engaging their teams, and building collaboration.

“Those organisations which succeed in making those conversations really engaging are the ones which will see great business results.”

Having worked with some of the biggest global brands including KPMG, Air France, Prudential and Barclays, Don says listening and adaptability are among the best lessons he’s learned.

“Teams in the biggest organisations actually have very similar struggles to the teams in the smallest ones,” he says. “If you put a group of people together in an organisation, we see the same successes and weaknesses.

As the General Manager for Sustainable Development at not one but two Swire group enterprises – The China Navigation Company (CNCO) and Swire Pacific Offshore (SPO) – it comes as little surprise that Simon Bennett’s influential efforts through the past 12 months were recognised at the Annual Business Awards.

Taking the title of Individual Contribution of the Year, Simon told The CEO Magazine a modest attitude runs through the core of both companies. 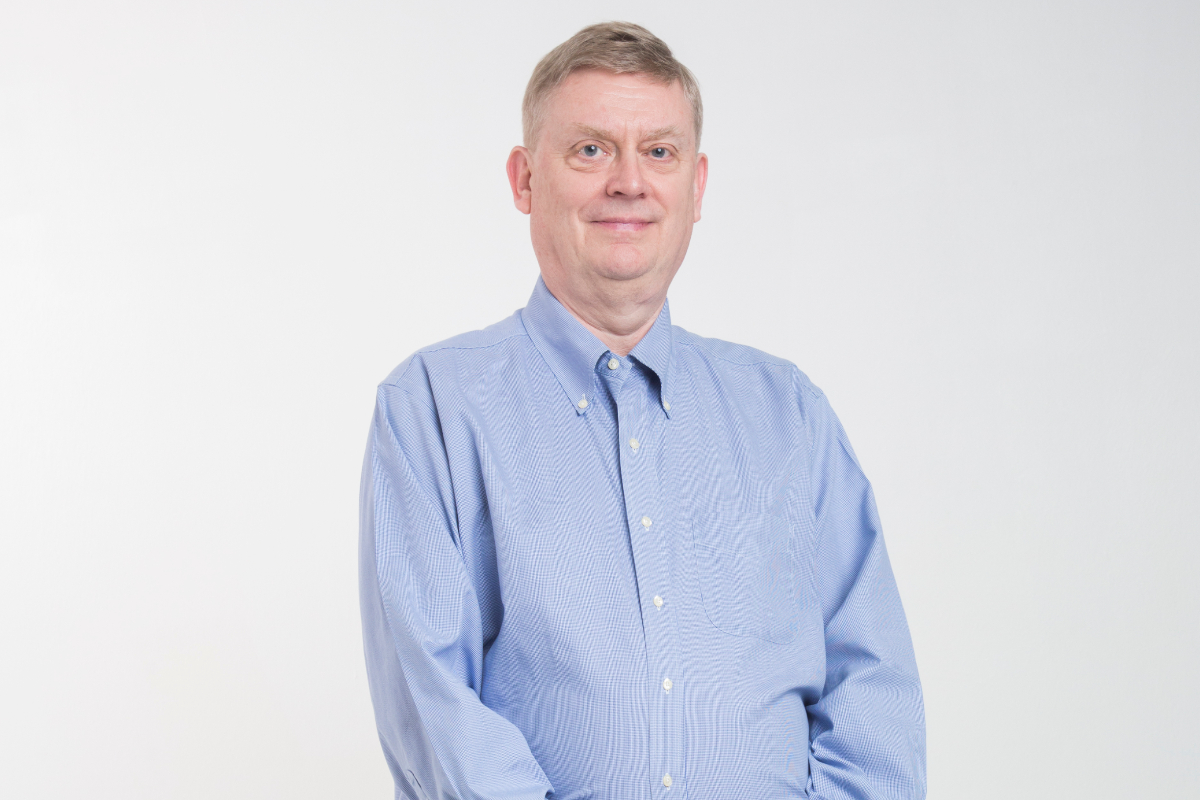 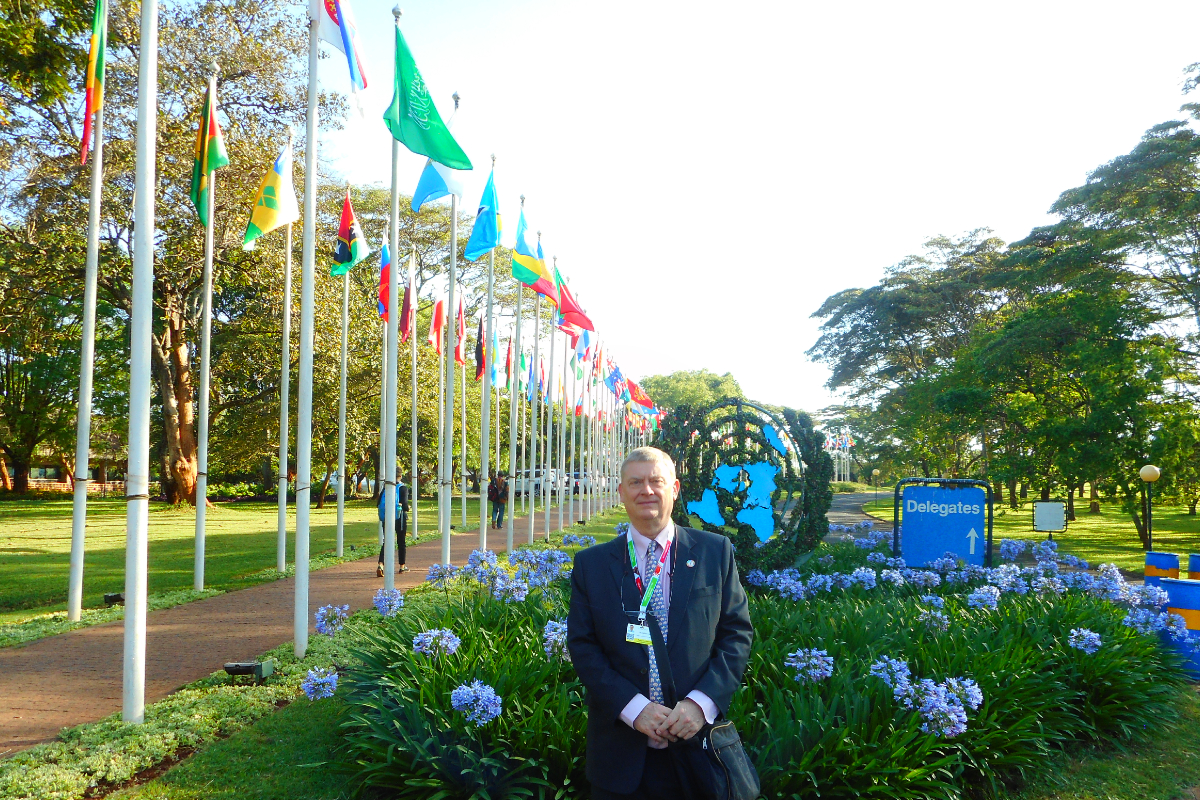 “It is humbling and heartwarming to be recognised for what we do, without having blown our own trumpet in search of recognition,” he reflects. “The Annual Business Awards show what can be possible, often for little or no capex, when there simply is a determination to raise the bar and deliver value-add both for the member and for its customer in any of the nine award categories.”

Driven by the 204-year-old enterprises’ Latin motto esse quam videri, which translates as ‘to be, rather than to seem to be’, the businessman uses this to lead with integrity.

“It guides us to be modest, but we are also expected in parallel to lead and transparently act in the right ways, both for the general public good and for enlightened self-interest,” Simon explains.

While 2020 has thrown a barrage of hurdles towards companies around the globe, the General Manager believes there are lessons to be learned from the challenges faced.

“The clearest business lesson from the torrid 2020 so far has been the absolute requirement to be flexible and nimble,” he says. “Clinging on to the comfortable ‘old normal’ will destroy value, and we must prepare to embrace a ‘new normal’, which will not resemble the status quo ante.”

Despite both being arms of the Swire group, CNCO and SPO are facing different challenges.

“I believe that CNCO, the deep-sea shipping arm of Swire, will see a shift from what are now recognised to be brittle, long ‘just in time’ shipping chains, to a new network of shorter but more robust ‘just in case’ transit hops,” Simon says.

“SPO, the offshore marine services company, was just coming out of the last recessionary hit when the market again fell off the cliff. We quickly prepared to take very drastic action but have been pleasantly surprised that it was not all necessary.”

After starting his career as a deck cadet – much of it spent living in an 80-metre-long steel box for more than three months at sea, Simon believes those early experiences shaped him to become a better leader as he learned to enjoy the company of everyone despite age, disability, ethnicity, gender identity or religious views.

And with more than three decades spent at Swire – of that, 29 years spent as a manager or general manager – Simon’s secret to longevity is something many executives can live by.

“Islay Malt Whisky in moderation, and a happy home life to excess,” he says. “Work in an area that you 110% believe in – and which gives you joy.”

As the only brand to take home two awards for the evening, Just After Midnight (JAM) is pioneering the way in the tech space.

Recognised as the Start-up of the Year and Customer Service Provider of the Year at the Annual Business Awards, JAM Singapore CEO Freddie Heygate says the double win was incredibly important for the company. 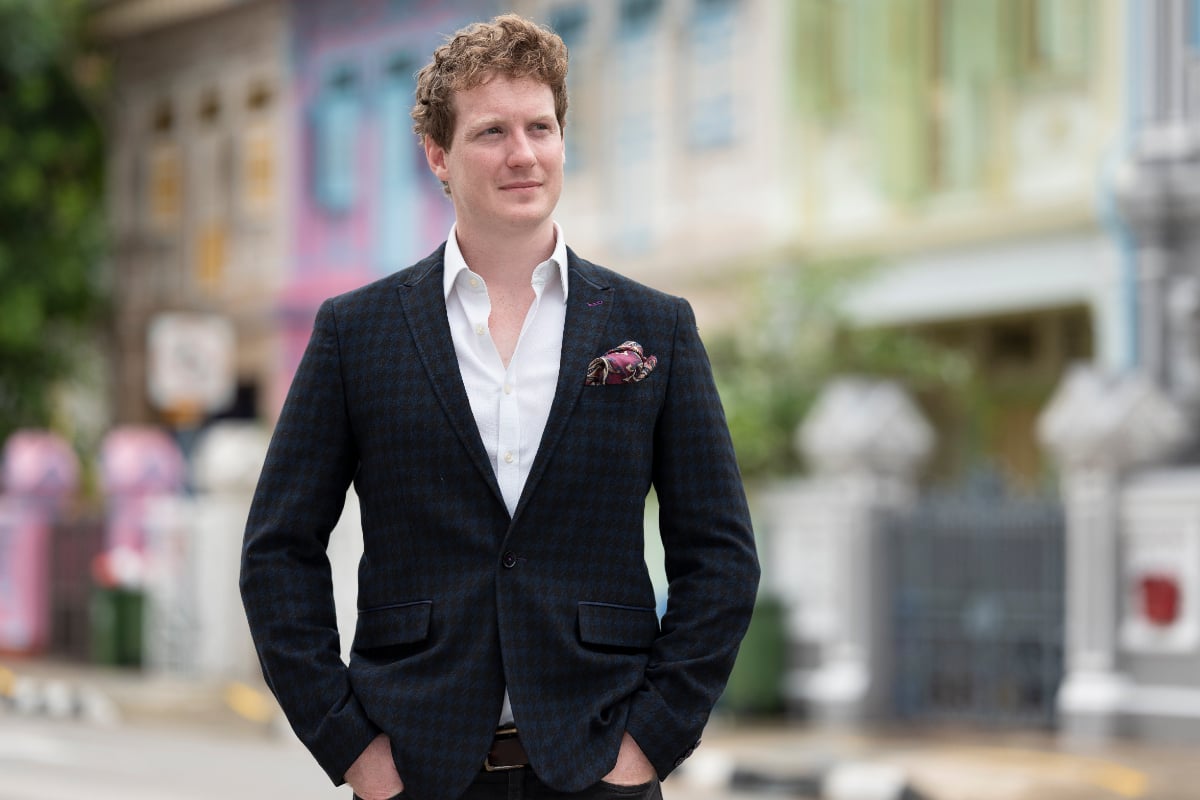 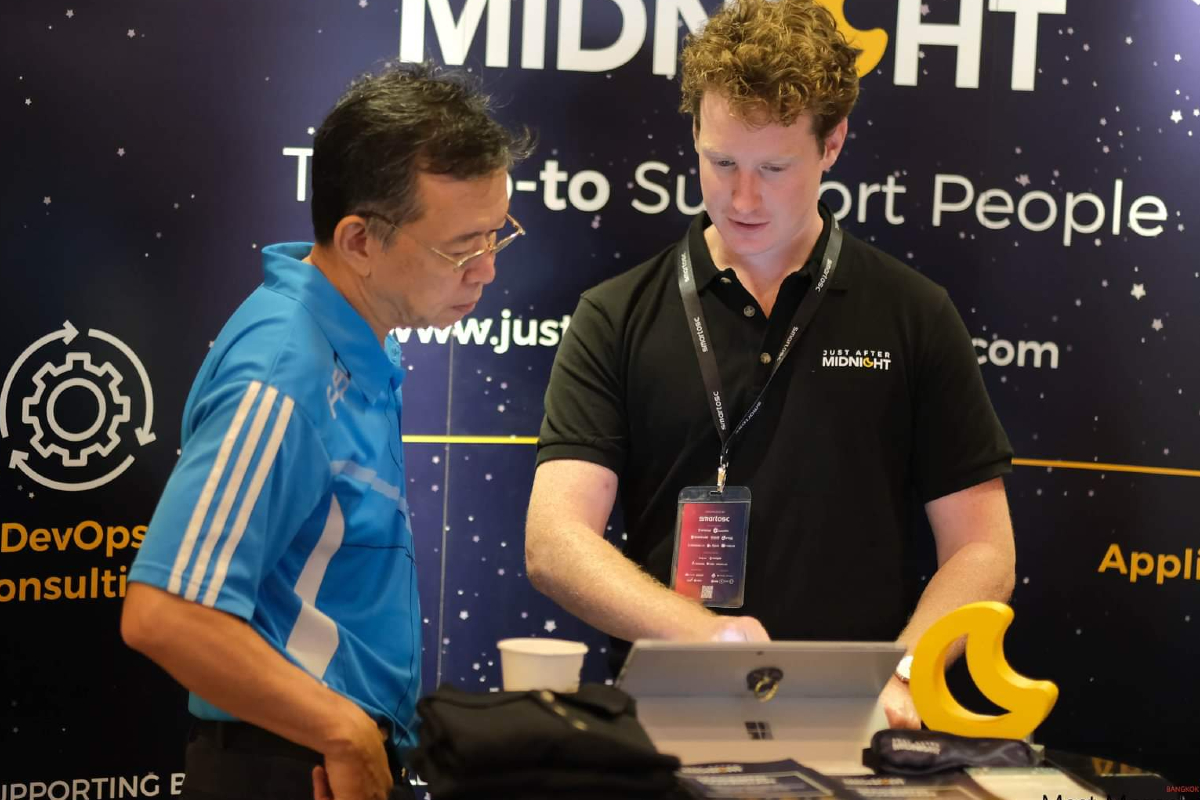 “One of the challenging aspects of running a startup is validation,” he says. “Sure, winning new clients and expanding our remit with existing clients is a key measure of success, but from a broader perspective, it can sometimes be difficult to objectively know that we are moving in the right direction.

“It gives us even more impetus to work hard and continue to innovate, knowing that our hard work up to this point has all been worth it.”

Born from observing a gap in the market for all-hours tech support, JAM has soared to new heights.

The tech experts, who resolve website issues after hours while providing managed cloud, 24-hour monitoring and support and DevOps, allow businesses to perform at optimal levels no matter the time of day.

Since its inception in 2016, the brand has grown more than 100% year on year with SGD$5.5 million in revenue. Additionally, the team has grown from 20 people in 2018 to 35 people globally complete with engineers, application developers, incident managers and operations.

“In an always-on world, the majority of businesses still work nine to five, five days a week,” Freddie tells The CEO Magazine. “But if you are a brand driving online sales or have customers always looking at your website, your revenue is not limited to nine to five, so you need dedicated teams to protect your revenue and reputation.

“We are there for you when no-one else is.”

The tech market is a competitive field, but JAM ensures it does things differently to stand out from the crowd.

“Great leaders are not afraid to admit shortcomings.” – Freddie Heygate

From understanding applications to supporting customers like no-one else, the executive says its exceptional customer service has been critical to its success.

“Historically, customer service in the technology industry, and more specifically, the managed cloud sector, has a reputation for lifeless call centres stationed somewhere in the world that is nowhere near the actual company you have contracted,” Freddie says. “JAM wanted to change all that.

“Support calls are always answered by real people. This is the essence of what JAM is all about – making sure the person who picks up the phone knows you and your business. It reduces time wastage, which in turn reduces the length of time your business is affected, and the revenue and reputation that is at risk.”

Currently monitoring more than 300 websites, the cloud company has truly shaken the way business was historically performed. And as we continue to live in a world heavily shaped by technology, Freddie has some advice for younger startups hungry to make an impact.

“Finding someone who is willing to be a team player and get their hands dirty is critical in early-stage growth as you will inevitably encounter obstacles to overcome,” he says. “You could hire the most intelligent and educated person in the world, but if they can’t dig in when times get tough, they may end up hindering rather than helping business growth.

“Join associations like the Chamber to meet like-minded individuals and when you’re there, don’t be afraid to be vulnerable and share struggles or concerns – great leaders are not afraid to admit shortcomings, and you may be surprised at how many shared experiences you will discover.”