Held during a special virtual awards ceremony, the winners of the prestigious Annual Business Awards were announced for this year. 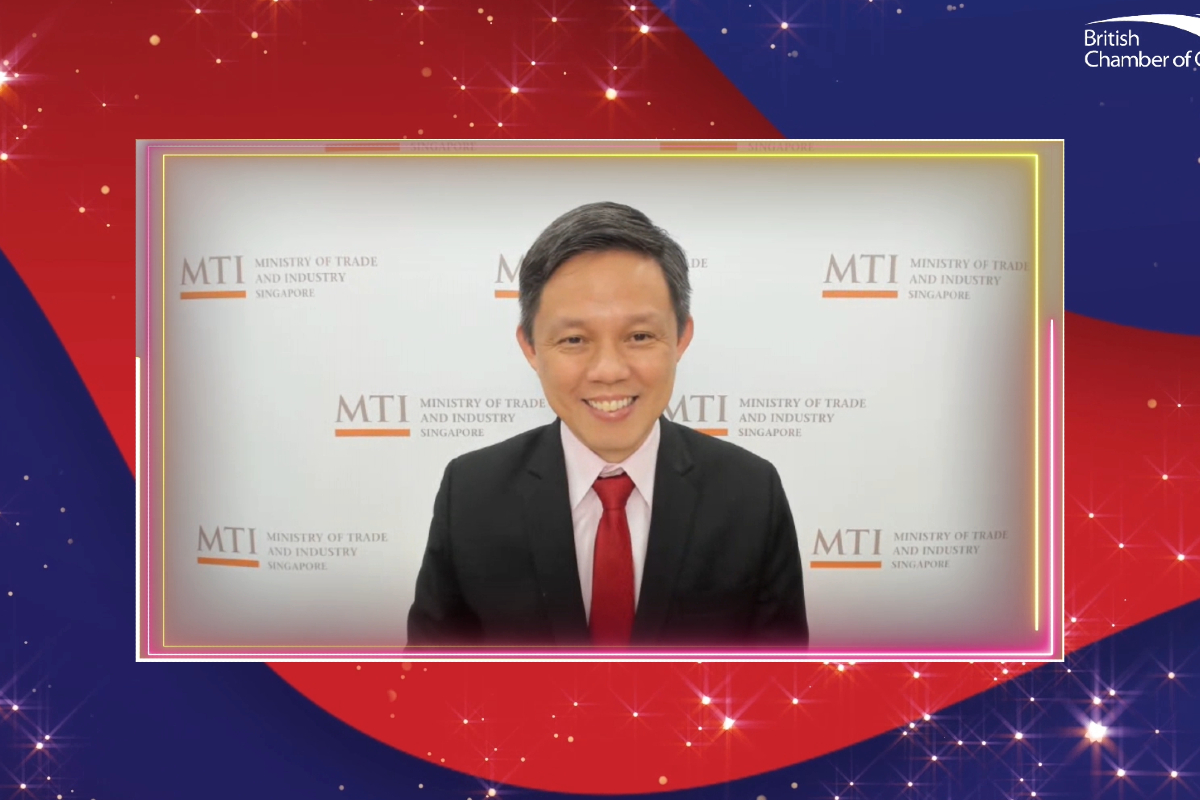 This year has certainly been a challenging one for businesses everywhere, making it all the more important to celebrate the incredible achievements of Singapore’s leading enterprises.

Usually held during a magnificent gala dinner, the British Chamber of Commerce Annual Business Awards was forced to transform its traditional affair into its first ever virtual ceremony.

While the event was live streamed online with more than 300 guests, it didn’t stop the country’s leading executives from popping the Champagne to recognise the inspiring accomplishments of 2020, all from the comfort of their homes.

“[We knew] we would uncover stories of success and inspiration from our network of members and connections that everyone would be happy to celebrate.” – David Kelly

Rolls-Royce Singapore, Seven Clean Seas and Just After Midnight – which was crowned with two accolades – were among the esteemed line-up of companies acknowledged during the 21st Annual Business Awards.

And for the first time in its history, Singapore’s business excellence was on full display during a special virtual awards ceremony featuring guest of honour Chan Chun Sing, Minister for Trade & Industry. 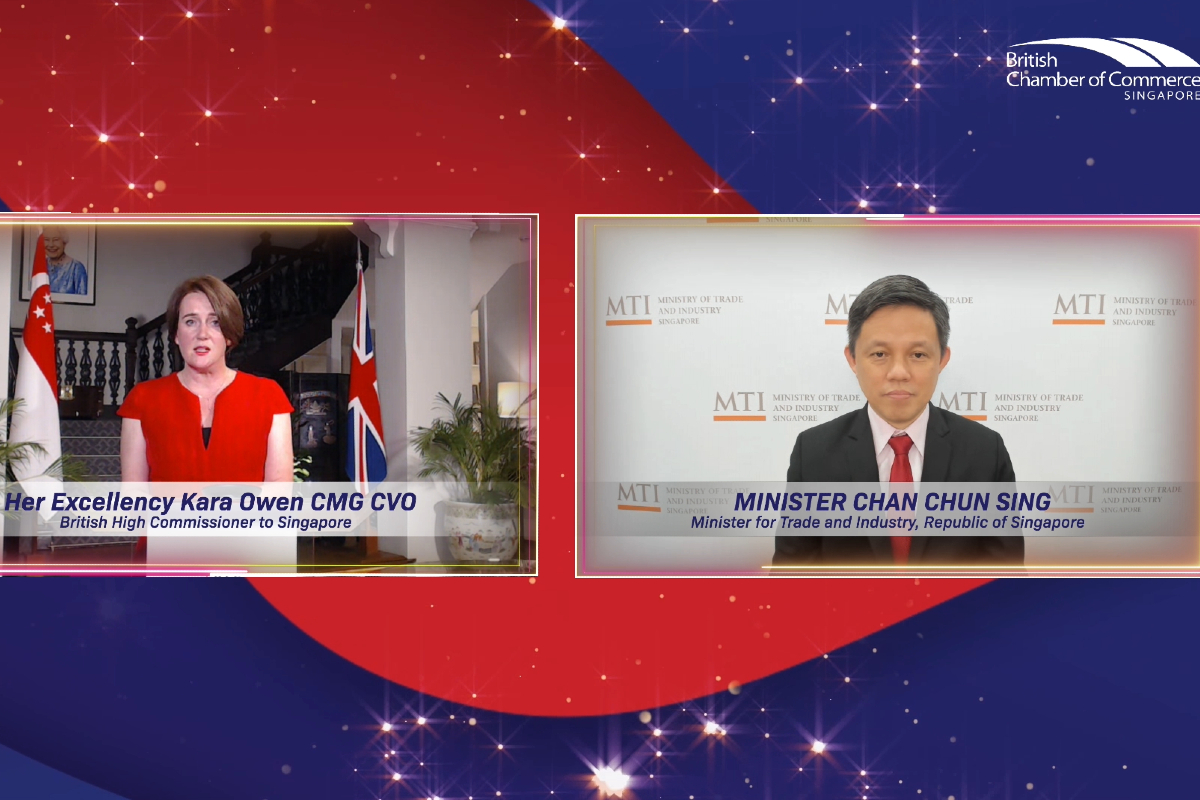 In the lead-up to announcing the winners, Minister Chan took part in a closed-door roundtable discussion with business leaders across the Chamber network to discuss the road to post-COVID-19 economic recovery in Singapore.

As the longest-running awards initiative by an international Chamber in Singapore, the prestigious event highlights the significant longstanding collaboration between the nations.

“Our Annual Business Awards have a long tradition of celebrating business excellence, no matter the external circumstances impacting the economy at the time,” David Kelly, British Chamber of Commerce Executive Director, said on the evening. “We proceeded with the decision to run the Awards this year despite the difficult year this has been for many, knowing that we would uncover stories of success and inspiration from our network of members and connections that everyone would be happy to celebrate.

“We have been especially pleased this year with the support from the Singapore Government in recognising the importance of the Awards, with Enterprise Singapore, the Singapore Economic Development Board and Singapore Business Federation all acting as Supporting Partners alongside our long-term support from the British High Commission, Department for International Trade and this year’s event partners.” 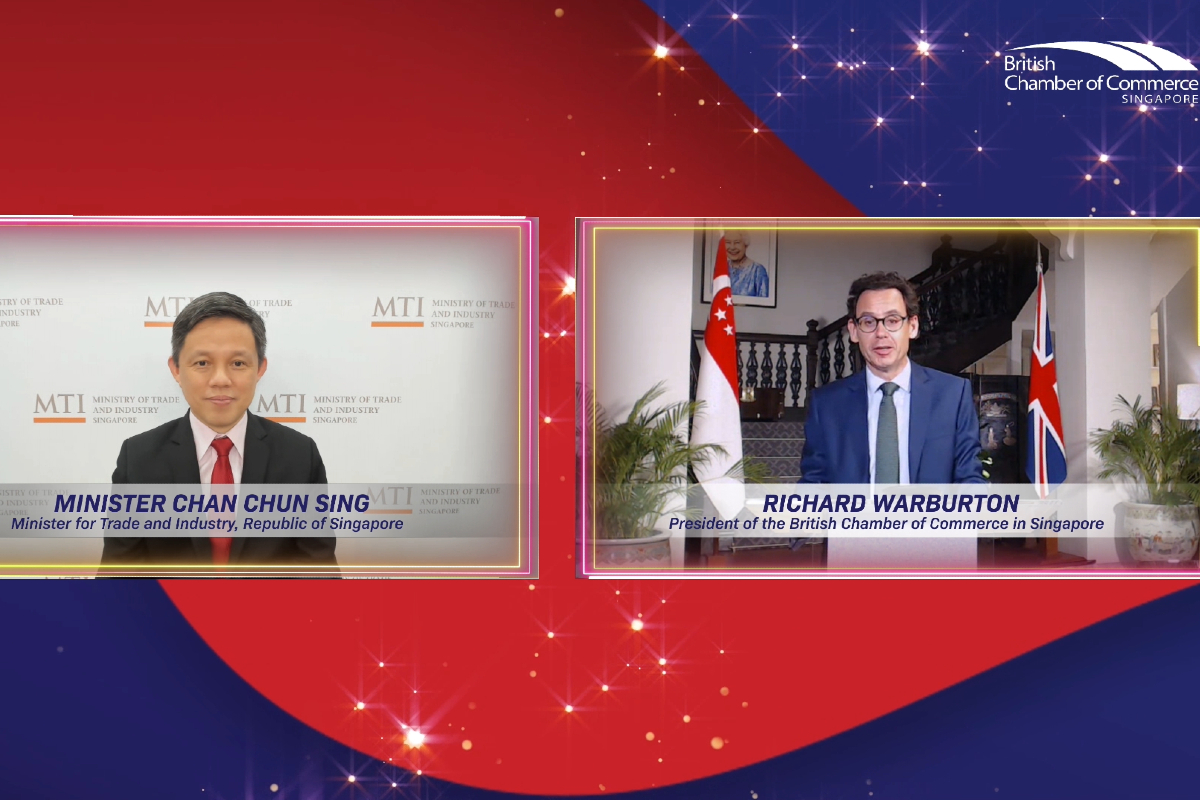 Sustainability Champion of the Year

Seven Clean Seas was recognised for its exceptional sustainable and green business strategies which contribute to and assist in investing in the community while adhering to legal standards. The Sustainability Champion of the Year award was sponsored by Jardine Cycle & Carriage.

Diversity & Inclusion Champion of the Year

Technological Impact of the Year

Rolls-Royce Singapore was crowned for its state-of-the-art technology while showcasing next-level innovation and breakthrough solutions with significant market impact.

Start-up of the Year

Awarded to an outstanding start-up business, Just After Midnight was honoured for its innovation, growth and profit performance beyond its initial projections.

Customer Service Provider of the Year

Collecting its second award for the evening, Just After Midnight was recognised for its excellent customer experience, which has benefited the business and its customers with measurable results.

Business Transformation of the Year

Transform Your Conversations was recognised for being an exceptional business that showcases excellence in growth, technology and innovation, and for being a market leader in its sector.

Individual Contribution of the Year

Simon Bennett, General Manager for Sustainable Development, Swire Pacific Offshore and the China Navigation Company, was awarded the prestigious accolade for his achievements in the workplace throughout the past 12 months.

Employer of the Year

Prudential Singapore was crowned the Employer of the Year for leading the way in supporting the opportunities, development and wellbeing of its employees.

Voted for on the night, Femtech Partners was awarded for its relationship between the UK and Singapore, which has made a significant impact to Singapore’s economy and society.

While the awards ceremony, with which The CEO Magazine is a proud media partner (alongside event partners including Prudential, Barclays, Jardine Cycle & Carriage and AsiaWorks), was shorter this year due to the nature of it being virtual, it didn’t lack excitement.

During the evening, two lucky attendees left with indulgent prizes donated by the Annual Business Awards’ Prize Partners: British Beverage Company and Grand Hyatt Singapore. One guest won a one-night stay with breakfast at the five-star Grand Hyatt Singapore in the opulent Grand Deluxe Room. The other received four bottles of award-winning Ridgeview sparkling wines including the Ridgeview Bloomsbury NV – the official sparkling wine of the Queen’s Diamond jubilee.