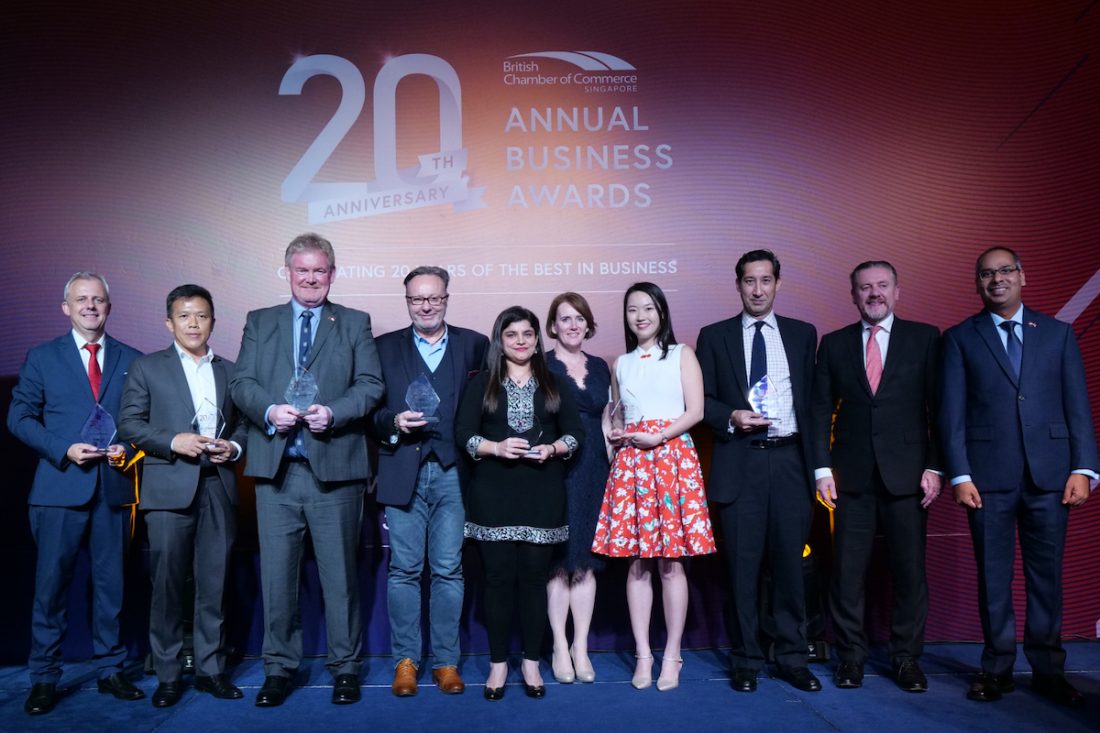 Held at Shangri-La Hotel Singapore on 3 October, the prestigious awards highlighted business excellence across the Asian island with six exceptional companies and one young leader crowned winners in their respective categories.

As the longest-running awards initiative by an international chamber in Singapore, this year’s event paid tribute to the longstanding collaborative relationship between the UK and Singapore, which began 200 years ago.

As well as a surprise Future Leaders commendation award, the categories included Enhancing the Journey, Start-Up Excellence, Success in ASEAN, Diversity and Inclusion, Digital Innovation and UK Impact in Singapore.

The winner of the UK Impact in Singapore award, a special new category to mark the Bicentennial, was decided via a live vote by attendees on the night. 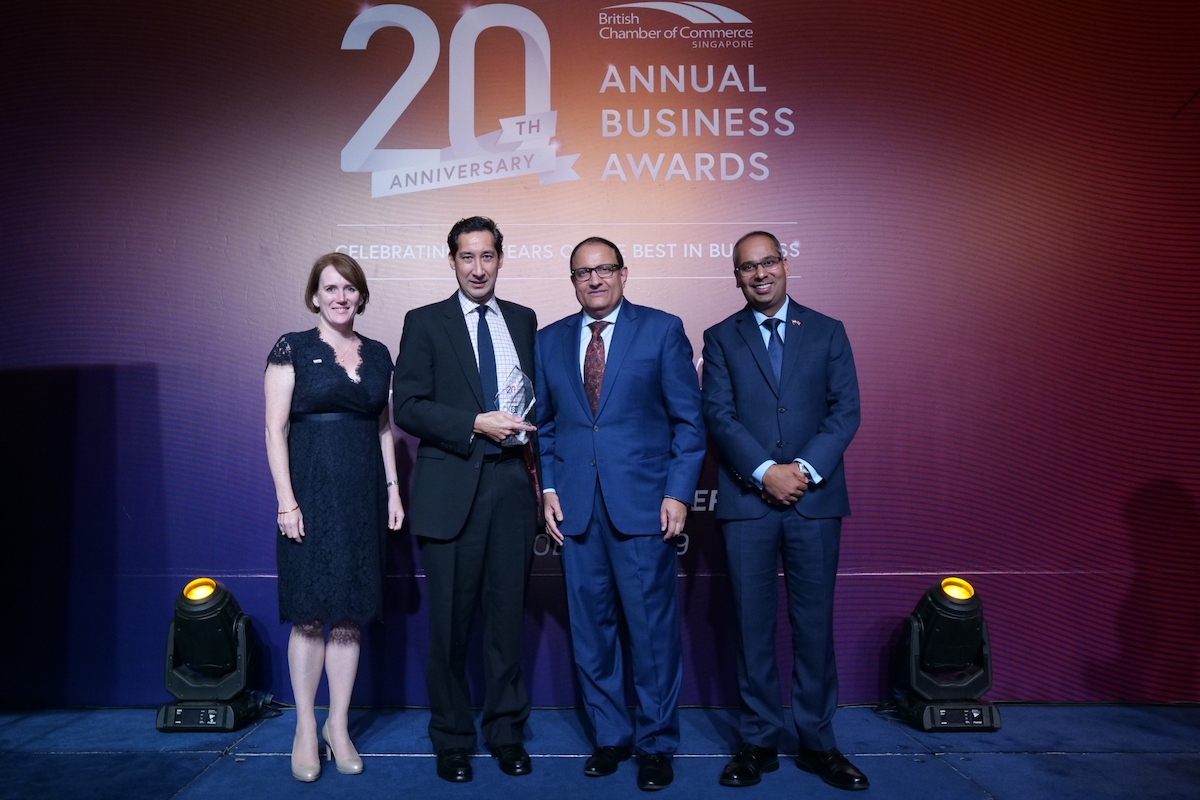 Enhancing the Journey went to 8build 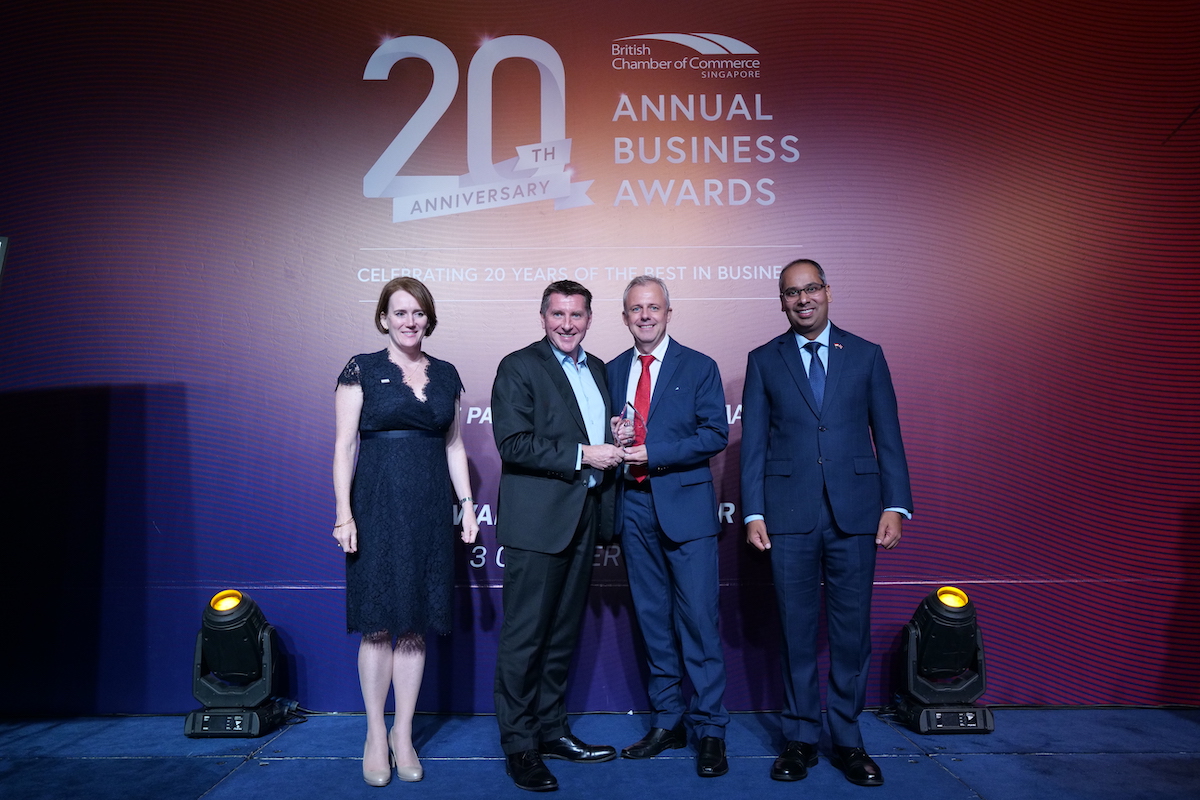 Start-up Excellence was awarded to ERCE 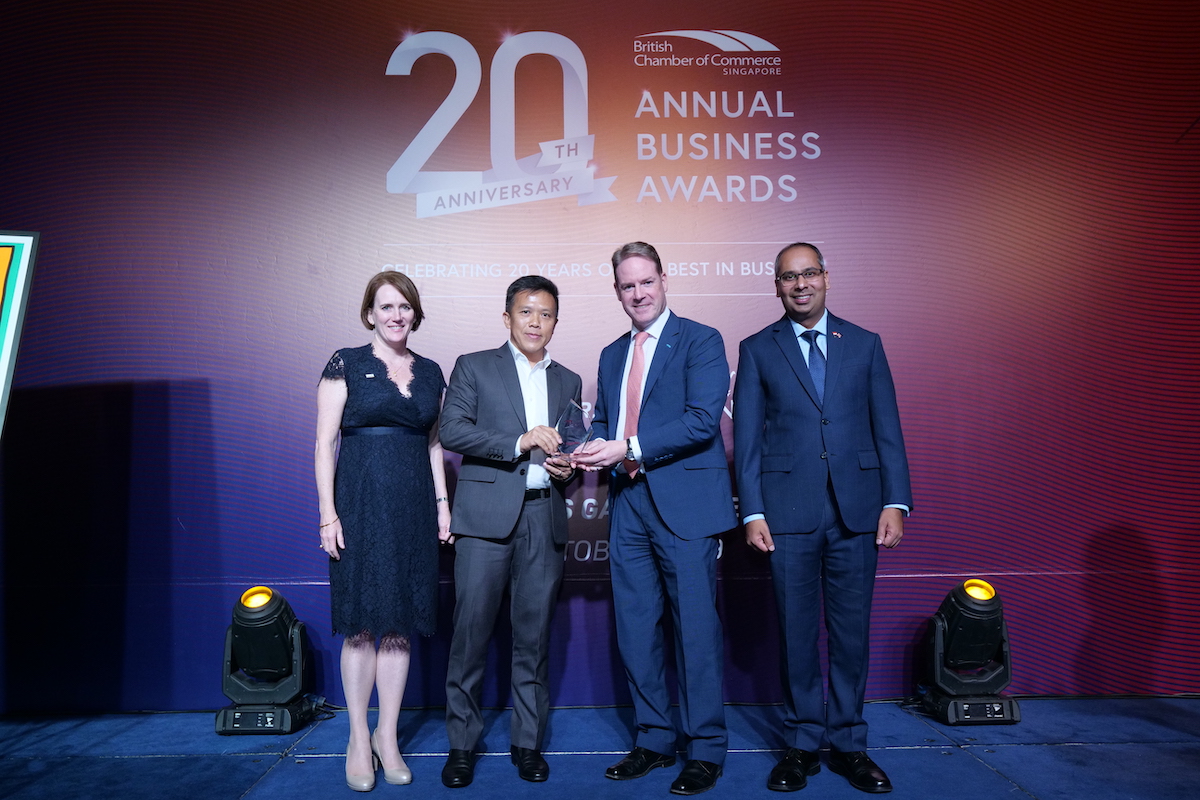 Success in ASEAN was won by Aggreko 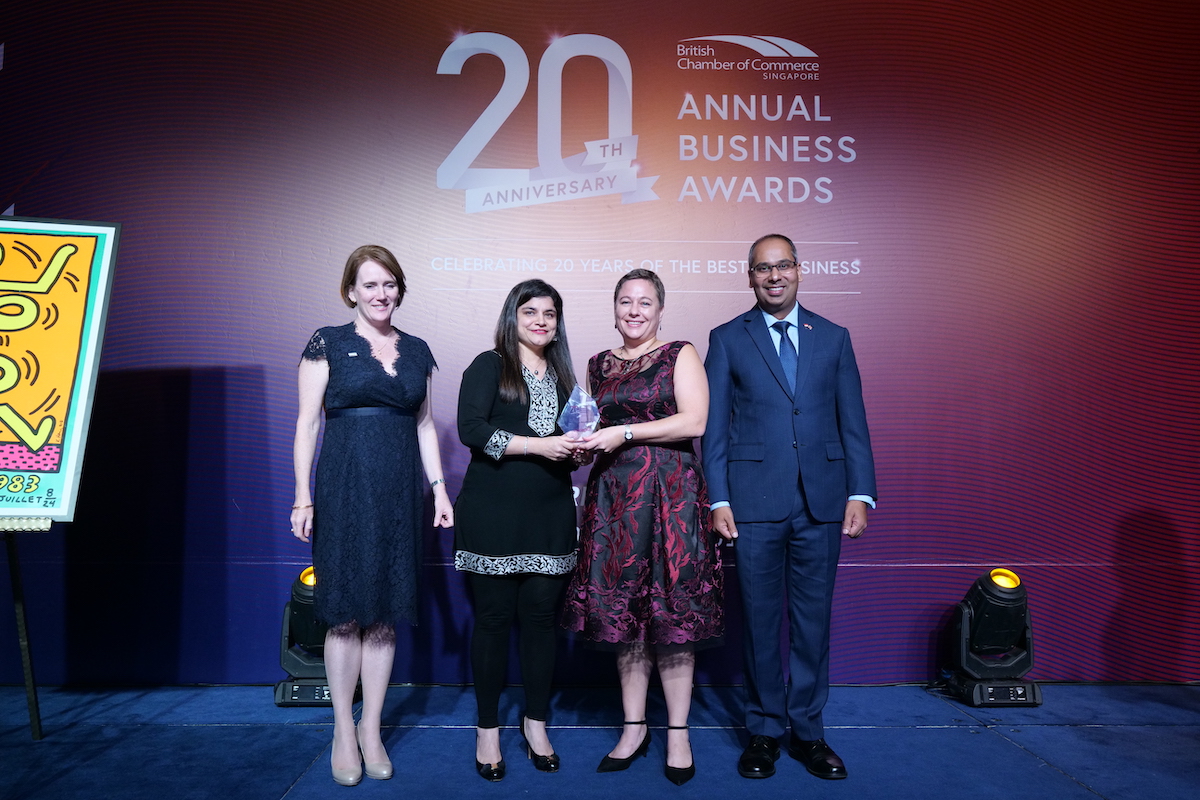 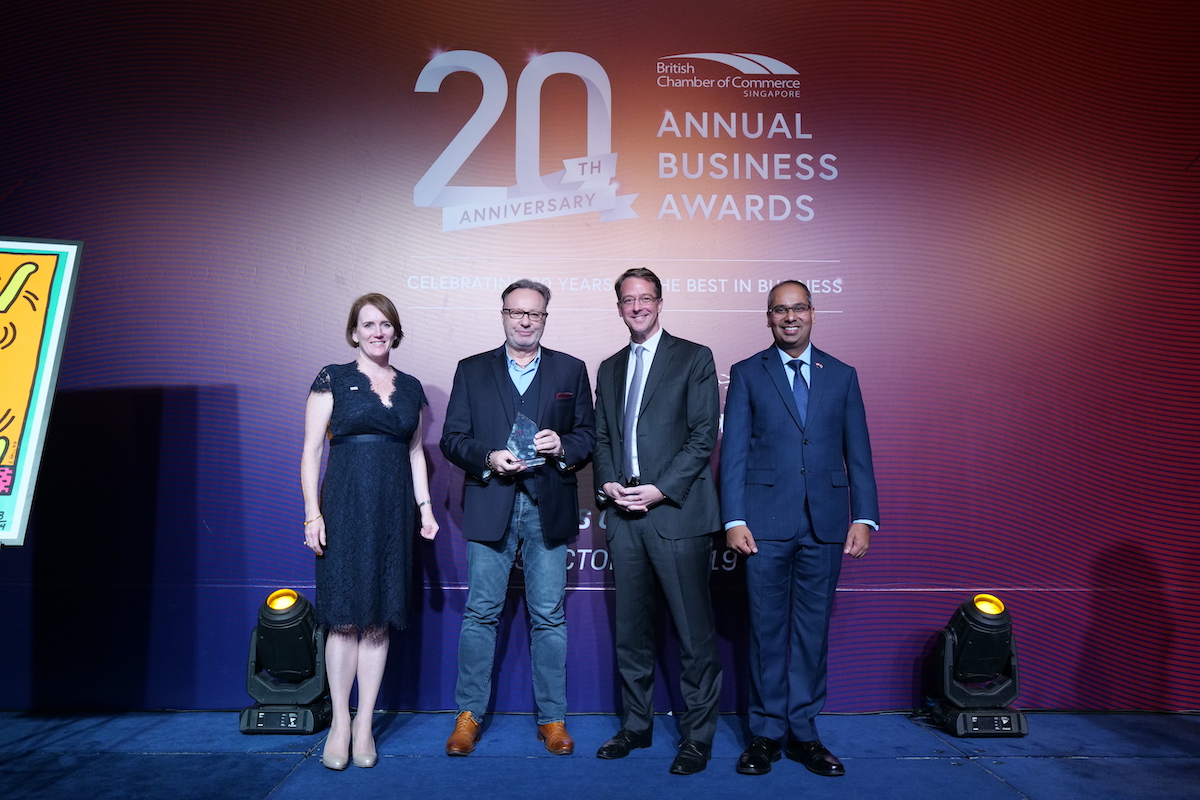 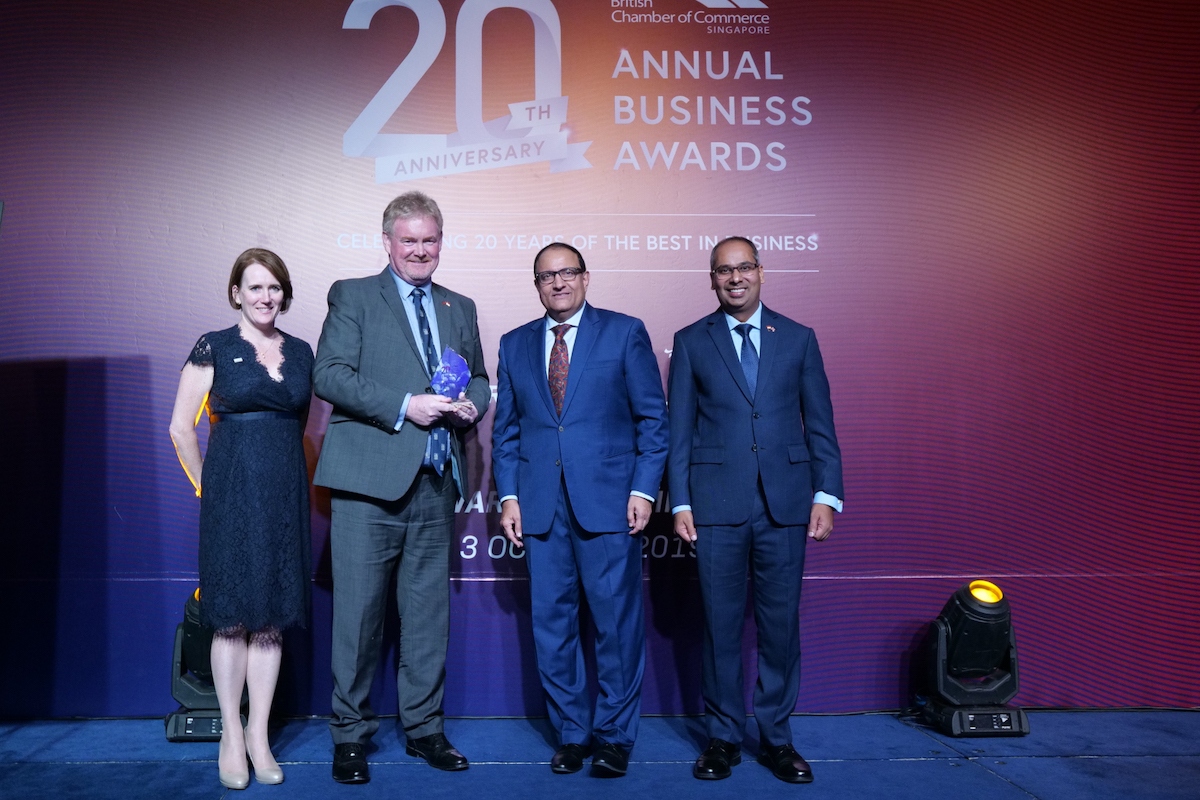 Future Leaders was awarded to Michelle Lim of BT

The awards were presented by the President of the Chamber, Bicky Bhangu; British High Commissioner, Her Excellency Kara Owen; and guest of honour S Iswaran, Minister for Communications and Information and Minister-in-Charge of Trade Relations.

“There are now more than 4,000 British companies that have offices in Singapore; SMEs and MNCs,” said Dr Bhangu.

“These awards continue to highlight the value of the UK–Singapore relationship by recognising special achievements, such as the UK Impact in Singapore award.

“Today, we have no reservations and believe firmly that it is important and worthwhile to recognise enterprises, small and big, that help to strengthen and shape the bilateral relationship between Singapore and the UK.”

The CEO Magazine sat down with Sqreem Technologies CEO and Co-Founder Ian Chapman-Banks after he accepted the prestigious award – you can read the full story here.