What business leaders can learn from sports coaches

There is arguably no more pure form of leadership than coaching a sports team, and business leaders can take many lessons from the world of sports team management. 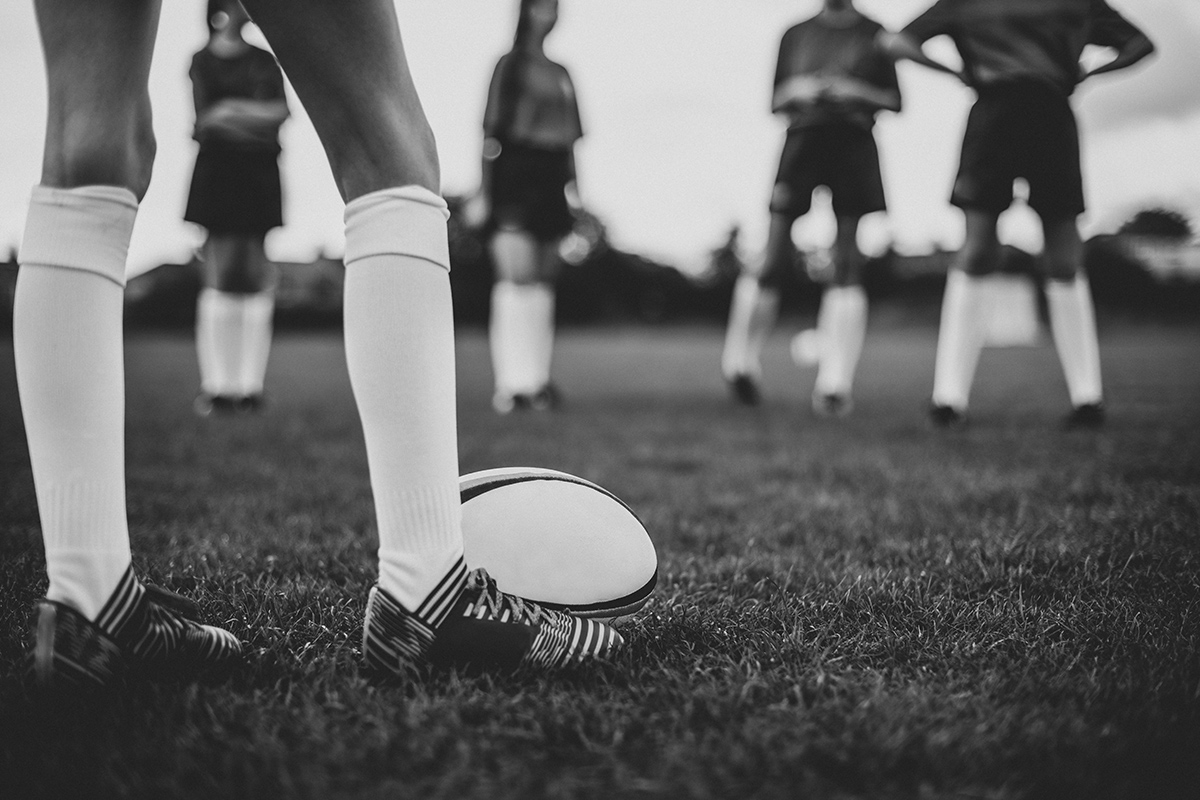 I had a manager at work a few years ago who had rowed for Australia. He had a phrase he often used that has stuck with me: “Don’t say anything unless it makes the boat go faster.” In its literal application, it made sure team members only opened their mouth in competition if it helped correct a fault or offer encouragement. In the five and a half minutes it takes an eight-man team to complete a race, there is no time for negativity or personal agendas. Every second literally counts.

Of course, the use of sports phrases in business is nothing new. Whether you have a ‘game plan’, are ‘pitching’ to a client, or have just ‘dropped the ball’, the lingo crops up every day.

And more useful than these simple idioms has been the motivational wisdom shared by the great sports coaches over the years. Scan YouTube for motivational speeches and it is a mixture of sports stars and business leaders sharing their advice.

“The only place success comes before work is in the dictionary,” – Vince Lombardi

Perhaps you’ll just find them as memes on your social media feeds, but maybe you have the odd one printed or framed as an inspirational trigger. Lombardi was the first truly great sports coach to be thought of in this way. The hugely successful Green Bay Packers coach of 1960s American Football revolutionised what it was to coach a sports team. He was capable of gems such as: “Individual commitment to a group effort – that is what makes a team work, a company work, a society work, a civilisation work.”

“Leaders aren’t born, they are made. And they are made just like anything else, through hard work. And that’s the price we’ll have to pay to achieve that goal, or any goal.”

Teamwork and self-discipline were the pillars of his philosophy. He was very much about the greater good of a team; it was almost a form of sports socialism. Without that, he felt that you just have a group of people doing their own thing.

The challenge in business, as in sport, is to get them working together smoothly. And that often needs a whole range of skills. 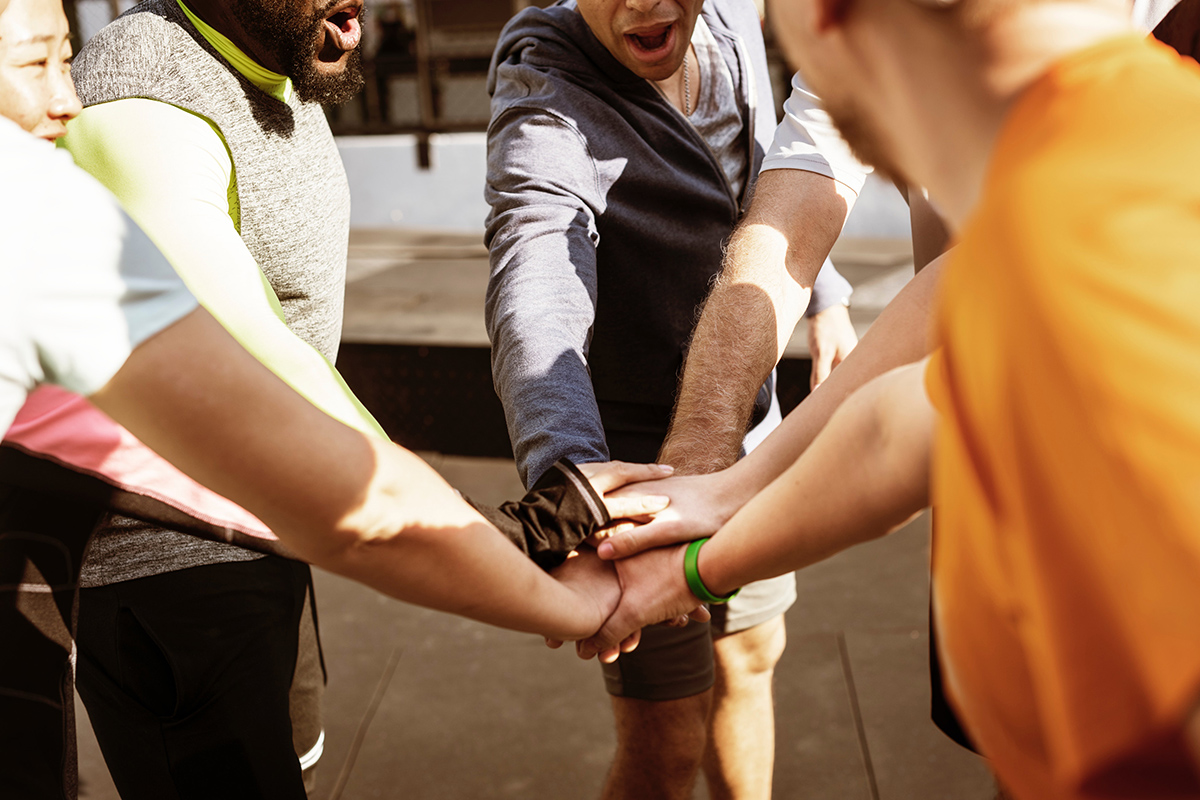 Great sports teams are often led by an inspirational character with powerful motivational skills - something many executives can embrace.

Great sports teams are often led by an inspirational character with powerful motivational skills – most often someone who has played the sport themselves and walked in their shoes. They can understand the challenges the team faces, because they faced them in the past.
There is invariably plenty of communication happening on the sports field – much of it robust and direct. Shouting, gestures, instructing each other. And an acceptance that it is all in the name of the team’s greater good. There is an implicit trust that it’s not just about the individual’s need to be heard.

This trust comes from training and preparation. And unlike the business world in some respects, the majority of what a sports team does is preparation. Almost 90% of time is spent getting ready to do the job of competing. While this isn’t possible for the business world, you do sometimes get a sense that people at work are always busy. Flat out ‘doing stuff’ to justify their existence. Perhaps not enough time is spent thinking and planning.

“Leaders aren’t born, they are made. And they are made just like anything else, through hard work. And that’s the price we’ll have to pay to achieve that goal, or any goal,” – Lombardi

And of that thinking time, the vast majority will be spent analysing what went wrong, rather than focusing on success and what you’re good at. Sport is always about looking at the positives and becoming even better.

Of all the modern sports, Premier League soccer in England is perhaps where sports coaches are most tested.

The parallels with commerce are strong – the Premier League is big business. A manager needs to recruit a diverse bunch of individuals with the budget at their disposal, get a strategy in place, manage and motivate large egos and achieve results almost immediately. Change management at an acute level.

The average tenure of a football manager in the EPL is just over a year. And the resilience they have to display in the face of incredible scrutiny can be soul destroying. Nearly three years, Bob Bradley took over at Swansea City, having previously managed the American national soccer team. He lasted 11 games in around 85 days and was sacked.

Imagine the CEO of Telstra or Optus sacked after less than three months, while simultaneously being booed by a stadium full of customers and their results picked apart right the way across the media as a form of entertainment. Accept what you cannot control, and focus on what you can affect is one of the lessons business leaders can learn from sports coaches.

In over 38 years in management, the working class Scotsman won an astonishing 49 trophies. He helped grow Manchester United into one of the biggest brands in the world. And interestingly often credits the workers at the shipyards in Glasgow where he grew up, as an inspiration for the teamwork he strived for.

Obviously his management credentials are respected in the sporting world, but they have also been recognised elsewhere. Professor Anita Elberse of Harvard Business School called him “one of the world’s all-time great leaders”.

Ferguson has had a book published called Leading, co-written with his friend and long-time collaborator Sir Michael Moritz, a successful venture capitalist. It is about the lessons he learned in football that can be applied to business and everyday life.

Ferguson was the manager who showed David Beckham the door when he felt Becks had become bigger than the team. His book focuses on the qualities he identifies for team success: hiring and firing the right personnel, mastering boardroom politics, coming back from failure and adversity, discipline, control. But also perhaps unexpected skills such as data analysis and delegation.

And famous for trusting young players such as the Class of ‘92, Ferguson believes youth has a strong part to play in business. “If I were running a company, I would always want to listen to the thoughts of its most talented youngsters, because they are the people most in touch with the realities of today and the prospects for tomorrow.”

In researching this piece, a number of threads came to the fore from various sports and coaches; here are nine recurring themes about what business leaders can learn from sports coaches:

The final word goes to John Calipari, an incredible university basketball coach in the US:

“Leadership is about serving everyone under you, asking yourself, ‘How do I give you the tools you need to succeed and proceed?’”

It’s a great lesson to take into business. But there are plenty of others…