La Prairie Managing Director for Australia and New Zealand Rosi Fernandez has spent the past 25 years of her career climbing to new heights. 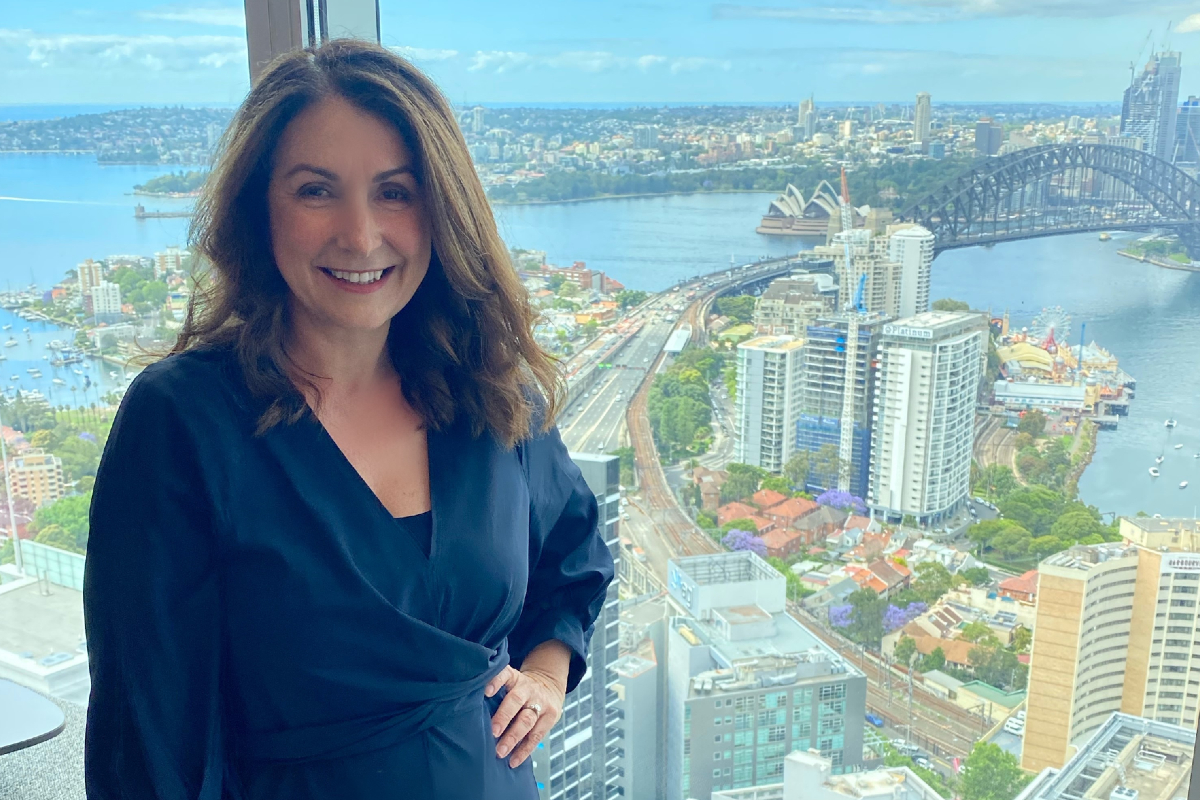 Spending years travelling to beautiful countries, working with arguably the most luxurious skincare brand on the planet and networking at prestigious events is, for some, the dream job. Despite dedicating the past 25 years to La Prairie – 10 as Managing Director for Australia and New Zealand – Rosi Fernandez’s rise to success wasn’t always as polished as the brand’s caviar-infused products.

“I absolutely love my job. It’s been the best 10 years of my career,” Rosi tells The CEO Magazine. “It was a bumpy ride to get to the top job because I have always been a natural introvert.”

Launching her career at La Prairie back when it was a distributor business, Rosi worked tirelessly, just as her Spanish immigrant parents instilled in her from a young age.

“I was just one junior burger among the group back then,” she shares. “I worked day and night, and I naively thought my actions would speak louder than my words.

“I thought it was all I needed to succeed – work hard and do well, and I would get promoted. I was green as can be.”

When her boss resigned, Rosi believed that she would be promoted. However, she was blindsided when another executive filled the position.

“My new boss took me to lunch and assured me that in his time at the company, he would help me to develop to step into this role in return for me helping him,” she says. “The guy they put in charge was excellent – strategic, financially astute, very clever. But what he didn’t have was luxury and people management experience, which is what I had in droves.

“He taught me his processes and I taught him about luxury and authentic communication. True to his words, he did move on, and I was given the role.

“My main mistake was not being the focus, not talking. Men are very good at making themselves heard and women are not.”

Looking back through eyes of wisdom, Rosi admits she now understands why she wasn’t promoted initially – she wasn’t ready for the role. It was, however, a defining moment in her career that helped project her to greater heights.

It’s a trait female leaders everywhere know and understand all too well. A lack of confidence trumped by her naturally introverted personality left Rosi with a mammoth challenge to overcome. 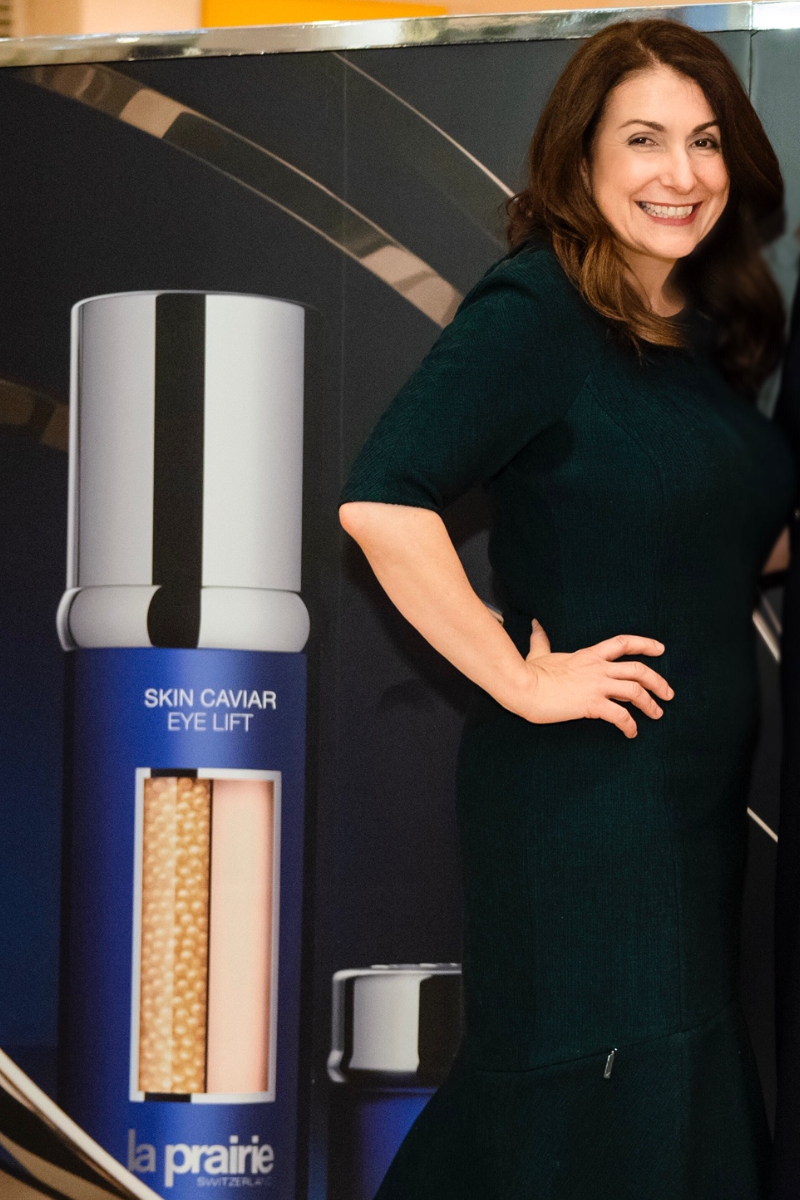 “Not getting the top job was the wake-up call I needed,” she says. “Putting yourself out there, women have to try that much harder than men do.

“Men just do it naturally. They just rise. I don’t know how it happens. I don’t know at what point in our education that women step back and men keep going, but it happens somewhere, and we’ve actively got to change it.”

Women in Australia make up 47.2 per cent of employed people in 2021, a figure that has shrunk in the past year.

And gender diversity doesn’t get much better when you step up the corporate ladder.

The highest number of female leaders were represented on the Fortune 500 list last year, but it’s still a blip for global business. In 2020, just 7.4 per cent of CEOs on the list were women.

“Women need to help women more,” Rosi says. “Those who have managed to work it out need to help others who are struggling with it.

“Everyone is stretched going into a new role, but women aren’t as comfortable stepping into roles that they don’t know everything about. Men seem to be OK taking that step.

“There’s enough awareness out there for men to know the world is changing but unless women start trying to get into these roles, then no-one is going to do it for them.

“It’s time governments encourage the right mix up the top, because unless someone forces it to happen, unconscious bias is alive and well, and so one CEO will look to the next CEO who is similar to him. Unless we do something about it, we’re going to end up with the same ideas and therefore the same result.”

Unsurprisingly, women make up the majority of consumers for the beauty industry, but it’s not reflected at the corporate end.

Rosi, who has been a Non-Executive Director at Look Good Feel Better Australia since 2018, says it’s common sense for an equal ratio of female leaders – of not more – to be at the helm of women-led industries.

“Beauty feels like an industry that should have been dominated by women but, really, if you think about it, even at 50–50 we’re probably not where we should be. Traditionally, industries put the type of person who understands the market in charge, and the majority of these industries’ target audiences are 90 per cent women.

“You would think there would be a skew towards women, but we’re not there yet.”

As one of the few female leaders of a beauty conglomerate, Rosi makes it her duty to dilute the masculine C-suite and spearhead the way for courageous future leaders.

“Our board at La Prairie is much more balanced than it was then. At board level, it’s 60–40 for women, and at GM level across the world we’re at 50–50, which has only happened in the past five years.”

Behind every great success story is a triumphant team, and it’s no different for Rosi.

Tiring from the work–life juggle when her son was young, it was Rosi’s husband who became a stay-at-home parent while the driven director became the sole provider for her family.

While stay-at-home fathers are increasing in Australia, they only represented 4.6 per cent of families in 2016 – making Rosi a true trailblazer for the early 2000s.

“It allowed me to do what I needed to do in my career, to be able to travel quite frequently and it’s really good for my son to have seen the role model of his mum working and being the bread winner of the family,” she shares.

Not only did Rosi’s arrangement allow for optimal career progression but it also set an example for other female leaders while creating gender diversity conversations for men.

“This is my husband’s second marriage – he already has three adult children, who he loves dearly, but when they were little, he was working like a madman, so he didn’t get to experience what it was actually like,” Rosi says. “Our son was the opportunity for him to understand what his wife went through back then, and that was a huge support for me.”

Just as Warren Buffett believes who you marry ultimately determines your career and life aspirations, the La Prairie Managing Director credits her husband’s ongoing support as a major factor in her inspiring achievements.

“A huge part of my success is that I’m surrounded by people who are clever and support me,” she tells The CEO Magazine. “Whether that be my husband, my son, my work colleagues – you need a network of people who want you to succeed for you to succeed.

“My husband has a huge amount to do with the fact that I’m successful, not because of his advice, just because of his desire for me to do well. If you have someone who’s not in your camp, then your life becomes very stressful and stress is one of the key things to stop you doing well.”

With considerably high staff retention, Rosi praises the Swiss skincare’s happy work environment for its thriving development. And with very little stress among employees, it’s a unique attribute of the veteran leader.

“You have to like going to work, otherwise you’re wasting eight hours of your day spending energy on something that doesn’t make you happy,” Rosi says. “This shouldn’t be a place to be stressed. You can get stressed over your kids or husband or a sick friend, but work should be something you enjoy and do better, meet new people, learn new skills – that’s the purpose of work.”

Looking back at her rich 25-year career with the luxury maison, the Managing Director has one final pearl of wisdom for the younger generations and future female leaders embarking on a mission to be the next wave of game-changers.

“Success is balancing it all, with equal importance for work and home,” Rosi says. “You shouldn’t have to work all day and all night to get ahead. You have to be the one that drives your success.”