As a child, Fred Swaniker fled political violence. Today, as Founder of the African Leadership Group, he is working to prevent instability by educating the continent’s future leaders.

Before he founded the African Leadership Group and The Room, Fred Swaniker had a tumultuous childhood. He remembers being four years old, hiding under his bed as soldiers roamed his neighbourhood and bullets flew through the air. This political upheaval forced his family to flee Ghana and set off a series of events that would shape the course of his life and lead him to become an impact-driven entrepreneur – a changemaker.

“It just made me very aware of the real human consequences of effective leadership,” he tells The CEO Magazine. “It got me to believe that leadership would make or break the continent of Africa.”

Surviving violence and being forced to flee his home taught Swaniker to acknowledge his privilege. “I’ve always been sensitive to my privilege and conscious of how I can leverage it to create opportunities for others who have not been as lucky as I have been,” he says.

It also exposed him to the power and potential of Africa’s people. From Ghana, Swaniker and his family moved to The Gambia, then Botswana and Zimbabwe, the latter two of which were stable, thriving economies at the time.

“I realised that not all of Africa is chaotic and unsafe and unstable,” he says. “But if that initial instability hadn’t forced me to leave Ghana and The Gambia, I wouldn’t have seen that side of Africa and developed a life mission to transform the continent.”

After attending university in Minnesota in the US, Swaniker continued his exploration of Africa as a consultant for McKinsey, taking on projects in various industries in Ghana, Tanzania, Nigeria and South Africa. “It gave me in two years a compressed business experience that people would typically have in 10 years,” he says.

“If that initial instability hadn’t forced me to leave Ghana and The Gambia, I wouldn’t have seen that side of Africa and developed a life mission to transform the continent.”

After that, he returned to the US to complete a Master of Business Administration at Stanford, where he thrived in an educational environment that valued innovation, teamwork, disruption and speaking up to superiors. These features have made their way into the education institutions Swaniker has founded in the years since – the African Leadership Academy (ALA) and African Leadership University (ALU).

“Our students spend their first year doing the ‘leadership core’, which is designed to promote critical thinking, communication skills, leadership skills and entrepreneurial skills. They learn how to work in teams and on real world projects,” he explains. “We also encourage our students to speak up and participate in the learning and not just be passive recipients, but also co-creators of the knowledge.”

These lessons are designed to train African youth to become agents of positive change – future leaders in politics, business, science, technology and education – who can ensure safety, freedom, economic progress and a protected environment for their communities.

“Africa’s going to be 40 per cent of the world’s population by the end of the century, and the average age among Africans is 19, compared to 48 in Germany and Japan, so the most critical progress we have to make in Africa this century is to create opportunities for the youth,” Swaniker stresses.

Swaniker’s first act towards harnessing Africa’s untapped potential came in 2005 with a pilot program that would soon grow to become ALA. Today, it is part of the African Leadership Group, which also includes ALU, a professional accelerator called ALX, and The Room, an online and offline community of African leaders and changemakers around the world.

What sets the Group apart from other organisations is that it does not offer its services strictly for its own sake, but to solve the problem of leadership on the continent and create agents of change. Only 10 per cent of learning in these institutions takes place in the classroom; 20 per cent comes from coaches and mentors, while 70 per cent comes from projects, internships and other activities.

“We also encourage our students to speak up and participate in the learning and not just be passive recipients, but also co-creators of the knowledge.”

At ALU, students do not choose a traditional major but a “grand challenge” facing Africa, such as health care, climate change, governance, youth unemployment, infrastructure, agriculture, the empowerment of women or the arts. “We ask them to declare a mission where they have to curate their learning processes around the problems that they want to solve,” he explains.

Some of these students have gone on to become leaders in business, medicine, education and aviation; one is running to become a senator in Kenya. “They’re following their life’s purpose because of the passion that was ignited in them when they were studying in this system,” he reveals.

The career services students enjoy at African Leadership Group schools paved the way for The Room – a global community where promising young Africans can link up with employers, investors, advisers, mentors and coaches to help them to navigate their pathways to impact. Over the next 10 years, Swaniker aims to attract between five and 10 million members to The Room.

“I’m consistently blown away when I engage with the young people who are coming out of our institutions. They are truly world-class,” he says. “I can’t wait to see what they will do as they fully unleash their potential on the continent of Africa.” 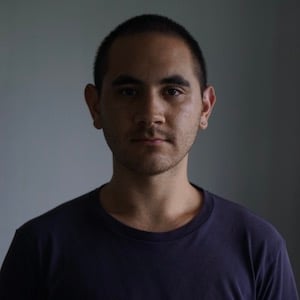