Meet the women who embody the change they wish to see in the world. 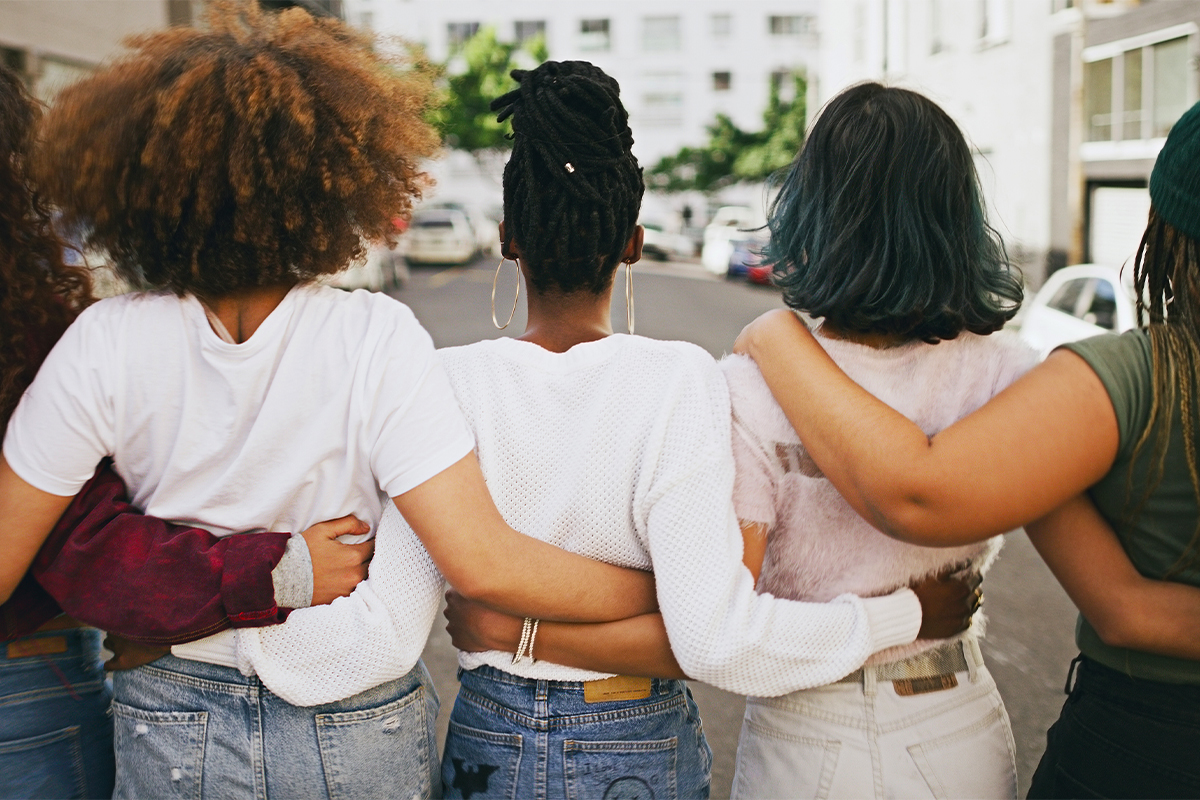 South Africa has one of the highest percentages of female entrepreneurs according to the Veuve Clicquot 2020 Barometer, which measured 17 countries. In fact, more than half of South African women identify as ‘entrepreneurs’. This is good news for the businesswomen of tomorrow, as 97 per cent of the nation’s female entrepreneurs believe that networking is paramount to success.

With an abundance of courageous role models to choose from across different sectors, South Africa’s leading women are not only leaving a legacy for their younger peers, but their insights and resilience are truly inspiring for any CEO or business owner. 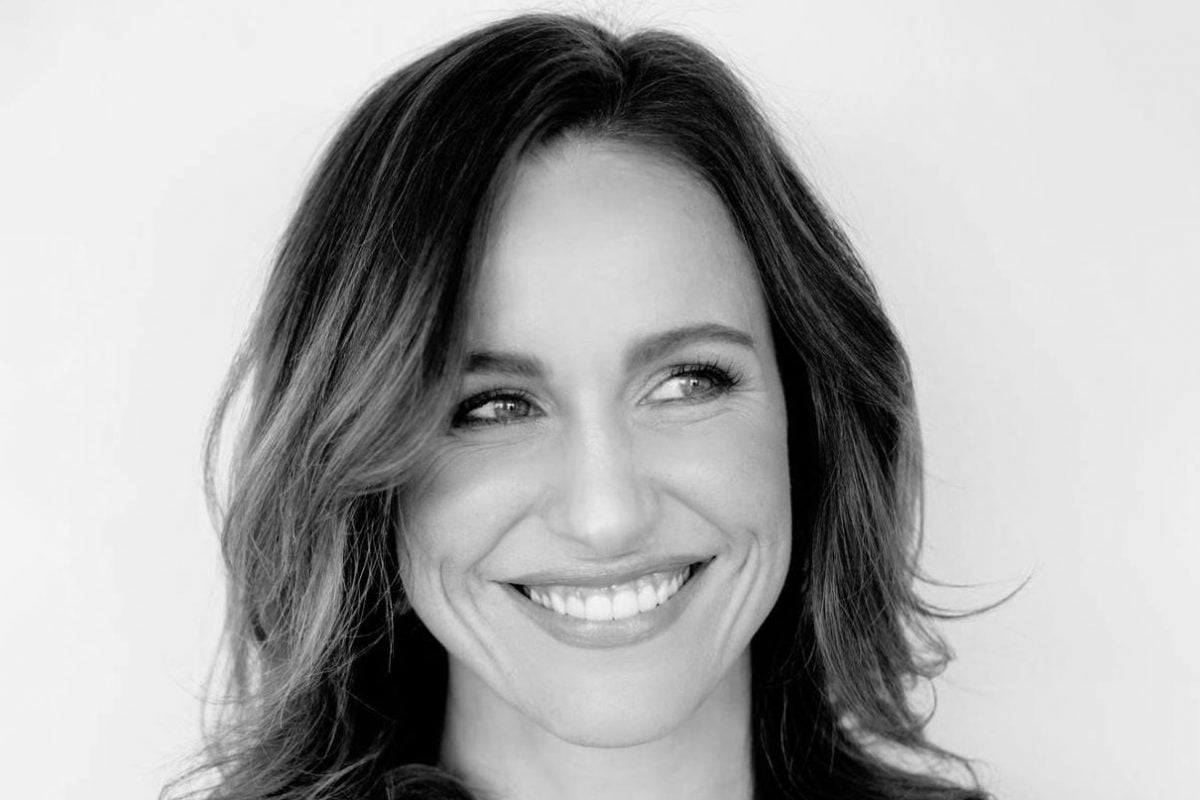 The winner of the Forbes Woman Africa Technology and Innovation Award in 2019 as well as serving as a global ambassador for startup competition She Loves Tech, Arlene Mulder’s mission is centred around democratising education and advancing Africa’s digital problem-solving capabilities.

After working in finance for seven years, Mulder co-founded the not-for-profit organisation WeThinkCode, driven by the unique mission to unlock African youth potential and nurture top tech talent in order to meet the growing demand for digital skills that the education system was failing to keep up to date with.

“You can write down your values until your face gets blue, but if you don’t live them they mean nothing. I think the one thing that we did right (with WeThinkCode) is that we recognised from the start how important it was to clearly define what we stand for.”

Have a clear vision

“Being clear about ‘What is our vision?’ helped us to say no to a lot of things. So it helped us to know that all education is free because that’s what we stand for. There were very tempting other deals, other prospects or business models, but because we wrote it down and we could keep each other accountable, it was easier and clearer what to say no to.” 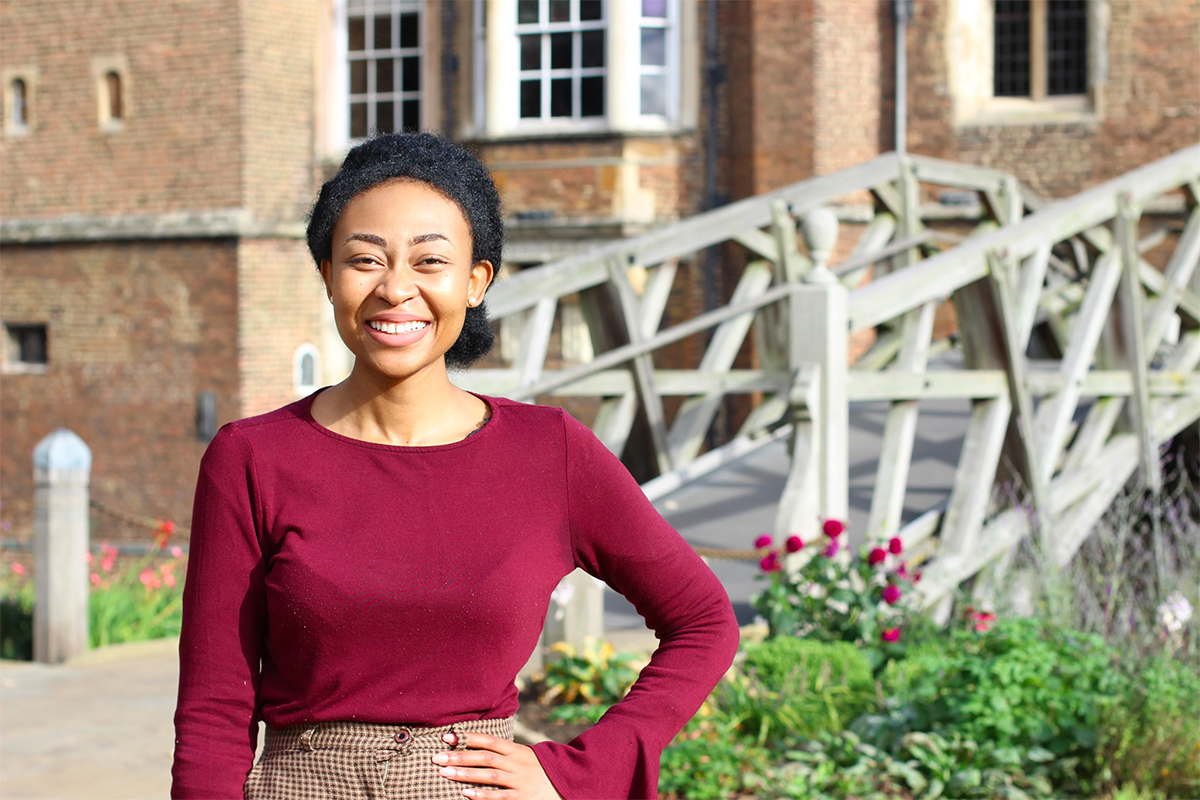 As the co-founder of three biotechnology companies, Lioma operates within the commercial side of science and advancing it. Deep Medical Therapeutics for instance is a medical technology company that uses artificial intelligence to optimise healthcare in Africa, CapeBio Technologies develops molecular biology enzymes, and her third venture, Incitech generates rapid diagnostics solutions, including at-home HIV testing.

More recently, the scientist also co-created a COVID-19 diagnostic kit to assist the government by not having to rely on imported kits. As a result of her innovative products within the healthcare sphere, she was nominated as one of Forbes Woman Africa’s Top 20 Wealth Creators.

“I knew I wanted to work in the field of health and to help South Africa progress. There was not a lot going on in micro and nanotechnology here, so I came home. I wanted to give back.” 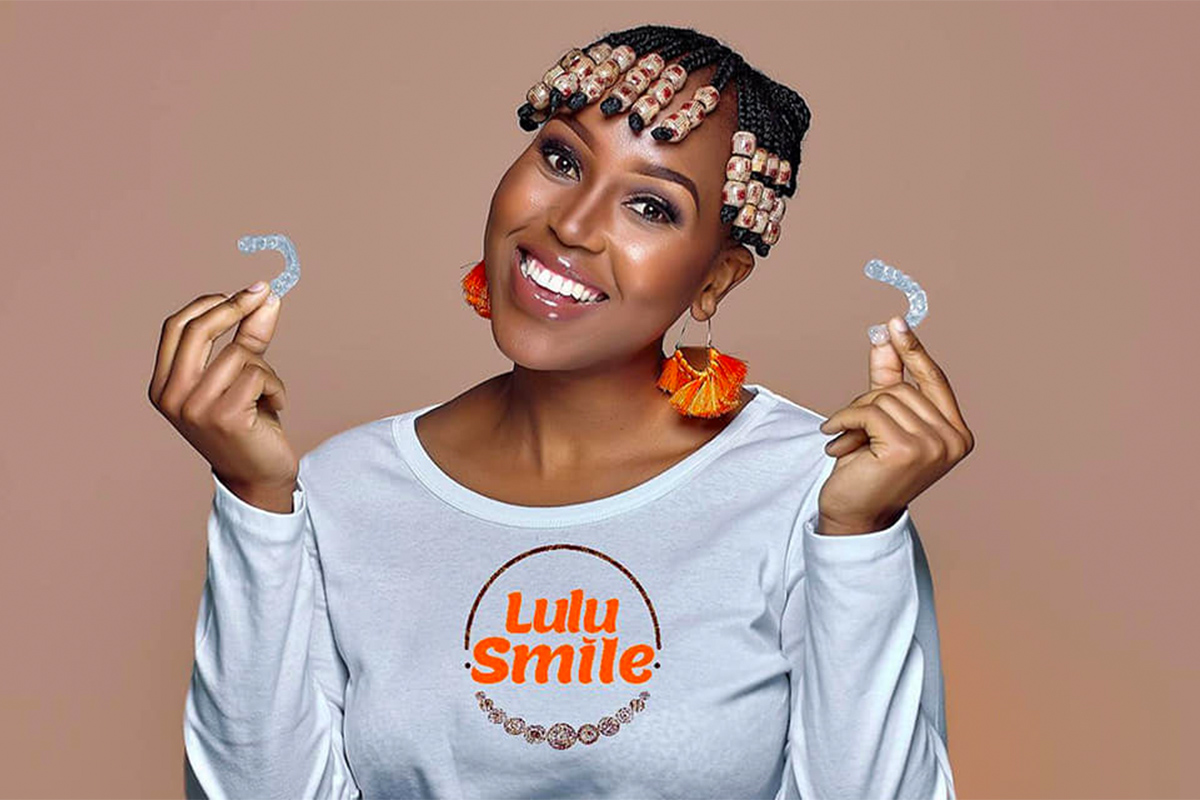 The World Economic Forum named her the top female innovator in Africa in 2016 and in 2018, she also made it onto the Forbes Africa’s 30 under 30 list among other awards. As the Founder and Director of iMED Tech, a company that produced medical prostheses and bio-implants, Nkholise was able to provide innovative medical solutions to improve the lives of people who have lost precious body parts due to accidents, cancer and diseases.

In 2018, the entrepreneur founded 3DIMO to improve the traceability of livestock based on her prior experience in cattle breeding. Highly adaptable, over the course of her 10-year career Nkholise shifted from mechanical engineering to biotechnology and then animal husbandry.

Generate a solution to a problem

“The proudest moment so far is developing a product that people have always valued that changes their lives. There’s nothing as incredible as giving someone a new product, selling to them and knowing that is changing their lives and them coming back to you and saying that ‘You have transformed my life using the product.’”

“Every single one of us is called to make an impact in society and this is my act of service to the development of my country.”

Believe in yourself as a woman

“By launching iMed Tech, I wanted to confirm a theory that women have the power and potential to run companies in the medical technology sector. And not just ordinary companies, but companies that will become multinationals.” 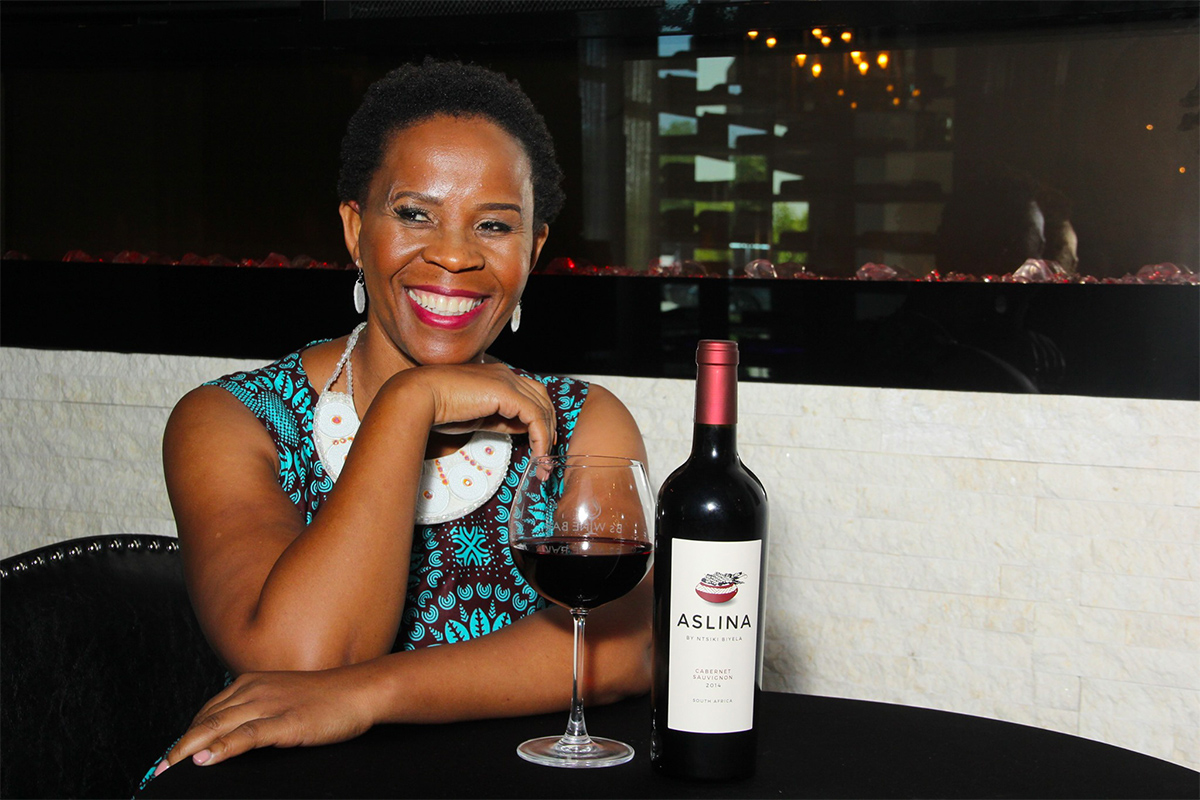 South Africa’s first black female winemaker, Ntsiki Biyela is the Director of Aslina Wines, which she established in 2016 and whose name pays tribute to her grandmother. Her premium wines are globally distributed and live up to Biyela’s vision to create a world-class brand.

While her experiences as a pioneer in South Africa’s wine industry haven’t been without challenges, her desire to succeed helped her to forge a path, earning her the Wine Harvest Commemorative Event Diversity and Transformation Award in 2021 for her efforts. She’s also been celebrated globally for her wines; winning at the Sakura Awards in Japan and at South Africa’s Michelangelo International Wine & Spirits Awards are a testament to her perseverance and drive.

“Self-awareness, self-confidence and self-sufficiency are attributes that I have learnt through my life and are vital for building the resilience that you need in the face of a sometimes-hostile environment.”

Focus on those who believe in you

“Through my career, I have made a choice to focus on those people who are positive and willing to help me grow. On the other side, I have become an expert at ignoring negative words.” 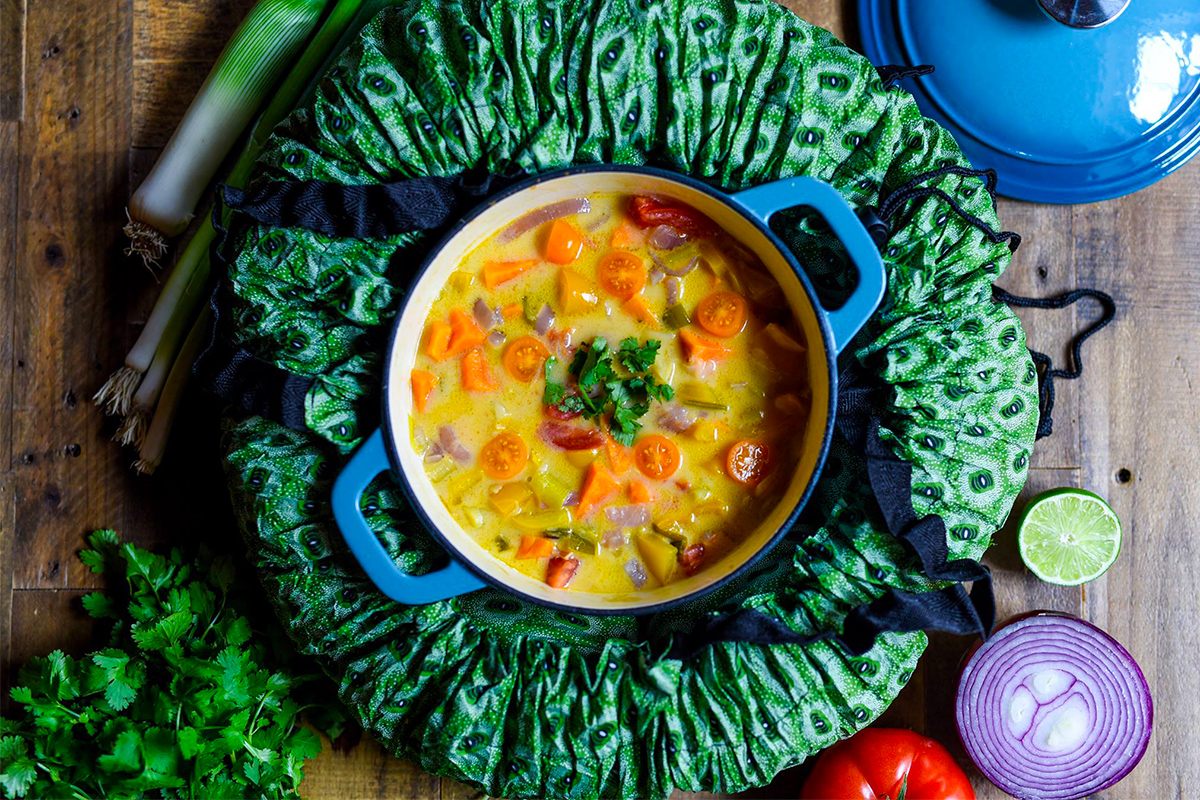 With more than three billion people cooking over an open flame each day, Sarah Collins, CEO and Founder of Wonderbag, is on a mission to reduce carbon emissions and make meal preparation safer, cleaner and more affordable for women. As an entrepreneur and a social activist, Collins designed an empowering and sustainable solution for rural African communities with her award-winning non-electric heat-retention cooker.

With a background in social development and ecotourism, Collins launched the company in 2008 when an electricity shortage prompted her to recall her grandmother using cushions to retain the heat in food. As the fastest-growing carbon offset project in Africa, the entrepreneur won the Climate Change Leadership Award, and Wonderbag was also recognised as Time’s 50 Most Genius Companies in 2018.

“I am driven by a deep sense that every human needs to make a contribution and leave this world a better place. So many people are searching for their purpose, I am incredibly grateful to have found mine, in innovating simple and culturally relevant products that are changing lives for the positive.”

“We grew up in a solutions based family – instead of looking at something as just a problem, we always saw a solution. In Africa, we were fortunate to have travelled a lot and spent time in the bush – you become quite resilient.” 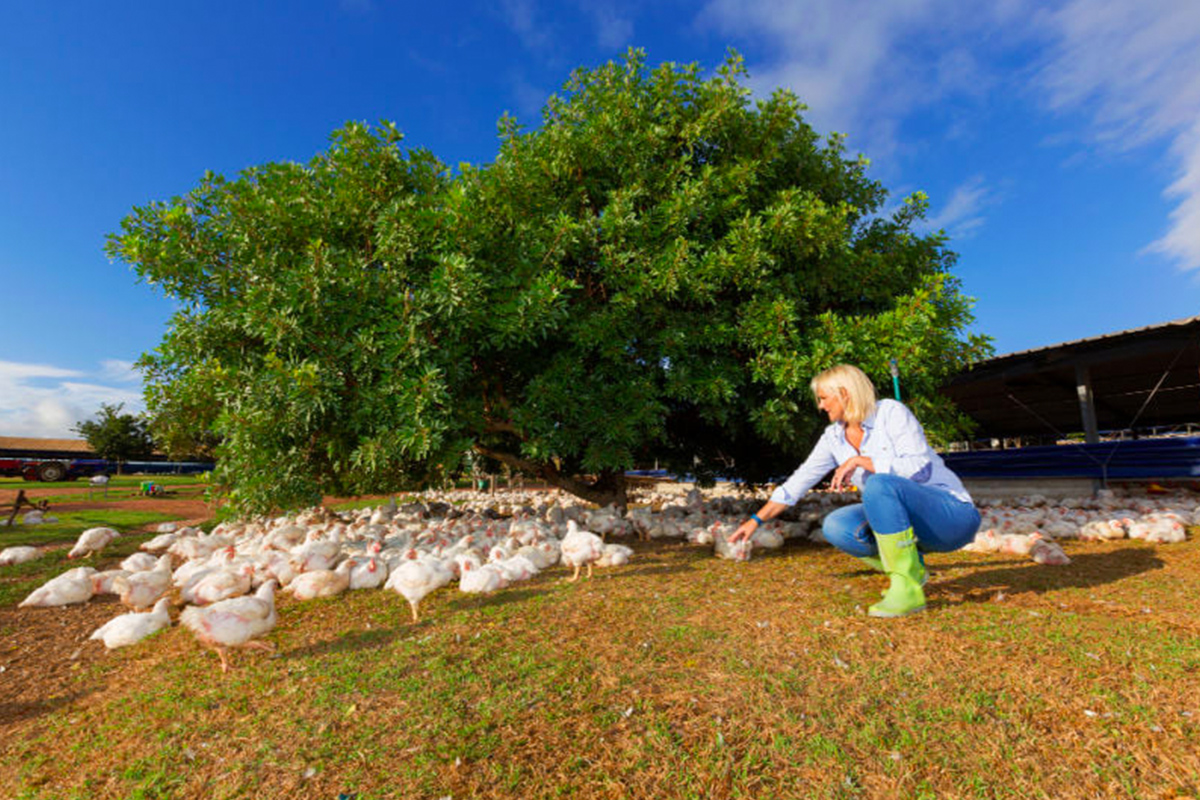 A firm believer that business success stems from investing in your employees and maintaining your integrity, Jeanne Groenewald’s journey began with raising free-range chickens prior to establishing in 2002 what has become South Africa’s biggest independent free-range-chicken operation. However, at the time, ethical free-range farming was scarce and the industry was largely male dominated.

Today, Groenewald’s business is regarded as the nation’s most-trusted free-range chicken producer, ensuring that her birds have a good quality of life while growing the company. As a pioneer in South Africa’s agricultural sector, she has been the recipient of numerous awards, including National Female Farmer of the Year on multiple occasions and Enterprising Women of the Year in 2019.

Use adversity to your advantage

“To make a success in life, you need to go through lots of adversity. Use these tough times to learn, to become stronger and wiser, and then, to create out-of-box solutions.”

Don’t lose sight of your integrity

“I think if I didn’t have the three core elements that I feel is necessary in any business, I would have given up long ago, and that is passion, moral and ethics. No matter what happens, if you can sustain that all the way through, you’ve got direction and you know what you’re following.”

Read Next: 27 of the most inspiring quotes to inspire you