Madame Clicquot raised her daughter while smashing through glass ceilings in a male-dominated business world shortly after the French Revolution. Ruling a thriving Champagne empire is no small feat in the 21st century let alone for a widowed single mother shortly after the end of the French Revolution.

Barbe-Nicole Clicquot (née Ponsardin) was 27 years old with a three-year-old daughter when her husband Francois Clicquot died in 1805, leaving her to smash through glass ceilings on her own – long before the phrase was born.

Now in the 21st century, those of us with XX chromosomes still have a long path to equality. From New Zealand Prime Minister Jacinda Ardern giving birth while in office – the second female state leader to do so – to Sheryl Sandberg becoming the first female member of the Facebook board, these are achievements by fierce women worth celebrating on International Women’s Day.

Women across the world continue to break boundaries and follow in the footsteps of courageous pioneers like Mme Clicquot and her astonishing business venture more than 200 years ago.

“I want my brand to rank first, from New York to Saint Petersburg,” – Mme Clicquot

Whether Francois’ death was fate or unnatural (suicide was suspected but typhoid was reported as the cause), it launched the career of the world’s first businesswoman and the prestigious Champagne house Veuve Clicquot Ponsardin – and that’s something worth celebrating. 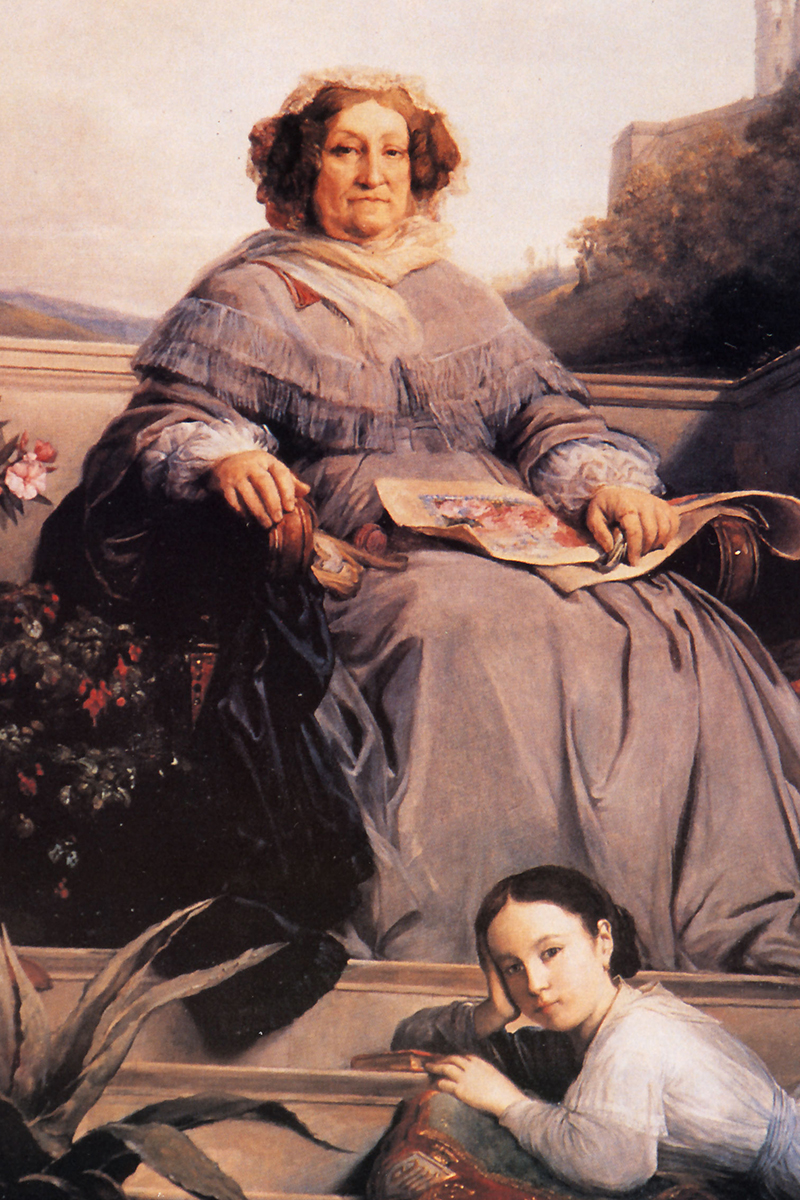 Mme Clicquot and her great-granddaughter

The 19th-century business brain spent her childhood at her family’s estate Hôtel Ponsardin – visited by Napoleon and Josephine – while indulging in education thanks to her notable bourgeois heritage.

After Francois’ death Mme Clicquot convinced her father-in-law to allow her to take over the reins of the 1772 family-founded business where she successfully turned the French brand into a globally significant multibillion-dollar wine empire.

Following Philippe Clicquot’s vision to cross borders, the businesswoman created the first recorded vintage Champagne in the city of Reims in 1810 and went on to ship 10,550 bottles of wine to Saint-Petersburg, Russia, in 1814.

“I want my brand to rank first, from New York to Saint Petersburg,” Mme Clicquot said.

Success wasn’t an easy mission as the company faced bankruptcy twice. However, Mme Clicquot believed her sweet wine with about 300g of sugar (twice as sweet as modern dessert wine) would appeal to the Russians when they celebrated the end of the war.

Madame Clicquot was not able to sign for the business as a woman but was able to sign as a widow. This allowed her to take advantage of financial freedom just like a man – a legal loophole making widows incredibly powerful in the early 1800s.

The Champagne creator smuggled cases of her now-famous drop out of France and into Eastern Europe at the end of the Napoleonic Wars, beating competitors to the Russian market by several weeks.

Just 11 years after her husband’s death, Mme Clicquot invented the first riddling table (known as le table de remuage) to create crystal-clear wine. The table was pierced with holes to cradle a group of bottles while they were carefully rotated, forcing sediment to the bottlenecks during the ageing process that is still used today.

Continuing to break the rules of the Champagne world, the effervescent widow created rosé by adding Bouzy red to her Champagne to break away from traditional vino in 1818, when she became known as La Grande Dame of Champagne.

Mme Clicquot wrote an average of 7,000 letters a year, and more than 100,000 recorded letters were sent and received by her during her career.

Not only did Mme Clicquot flourish in the world of wine with innovative creations but she was also a pioneering businesswoman with an impressive level of public relations and communications skills.

The widow wrote an average of 7,000 letters a year, and more than 100,000 recorded letters (archived at Pavillon du Patrimoine Historique) were sent and received by her during her career.

“In an era when women were excluded from the business world, she dared to assume the head of the company, a role she undertook with passion and determination,” Veuve Clicquot’s website states. “Madame Clicquot’s character might be summarised with two words: audacious and intelligent.”

Despite dying in 1866 at the ripe old age of 86, Mme Clicquot’s legacy continues to shine through the centuries and remains at high society’s every celebratory sip.

The iconic yellow label, which became a registered trademark under Mme Clicquot’s successor Edourd Werlé in 1877, became the second highest-selling Champagne brand in the world in 2012 with 1,474,000 nine-litre cases sold worldwide.

“What has defined the wines of Veuve Clicquot since 1772 is not a recipe that is repeated year after year, but a complex alchemy which requires many different ingredients: the vagaries of the weather and the dried fruit of the harvest, the diversity of Champagne parcels, grape varieties and most importantly, the effect of time,” Veuve Clicquot Cellar Master Dominique Demarville says.

To celebrate its bicentennial, the Champagne house launched its prestigious vintage La Grande Dame in 1972, as well as the Veuve Clicquot Business Woman Awards to recognise leading female figures breaking through glass ceilings.

From 47 Veuve Clicquot Ponsardin bottles being discovered in a shipwreck in the Baltic Sea after almost two centuries, to the company launching its rosé in Japan only to sell out, forcing the world to wait two years for more, the French business is a significant force.