Gérard Bertrand: How my rugby career prepared me to make wine

The physicality of rugby and the sophistication of winemaking are two activities that you wouldn’t think go hand-in-hand, but Gérard Bertrand begs to differ. 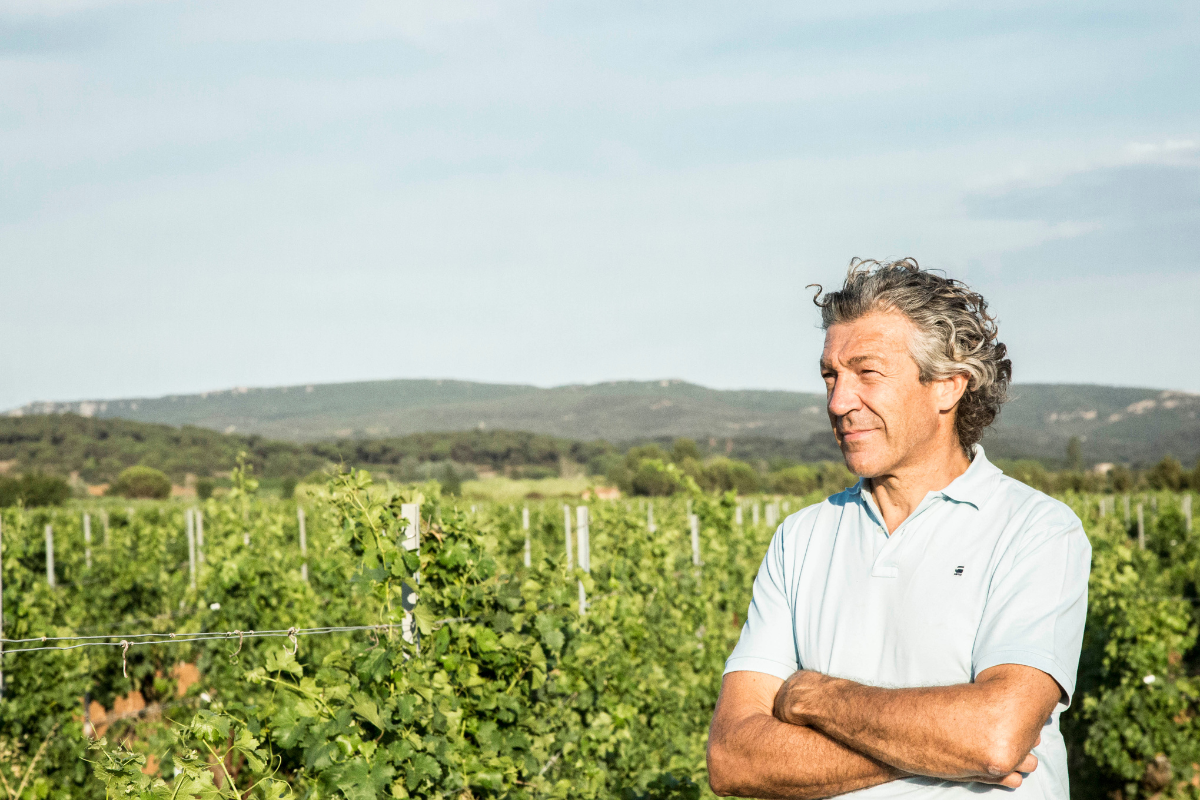 Wine has been a major part of Gérard Bertrand’s life for as long as he can remember.

Even as a child, he recalls being allowed to taste low-alcohol wine, a practice that was more commonplace then – especially in the South of France.

“In 1975, when I turned 10 years old, I discovered winemaking and my family’s estate for the first time. I really fell in love with this part of my father’s business,” he tells The CEO Magazine.  “Even though I didn’t know it was going to be my journey in life, I really enjoyed it.”

For the next 12 years, the young Bertrand continued to learn about wine in the vineyards of his family’s Villemajou Estate in Corbières, alongside his father, Georges Bertrand.

“My father taught me, coached me. And every summer, I spent 45 days taking care of the vineyard with my sister, then two weeks working on the cellar,” he reveals.

His father joked that, by the time Bertrand was 50, he would have 40 years of winemaking experience behind him. At the time, Bertrand didn’t understand the advantage this would give him in his future career, but he does now.

“This was the beginning of my experience and I was fortunate because it takes time to understand the sense of the detail. My father told me that, in the wine industry, the secret is in the 1,001 details,” he says.

In 1987, Bertrand took over his family’s estate after his father passed away in an accident. Five years later, he founded the Gérard Bertrand wine company to develop and showcase wine from the South of France.

To date, Bertrand has 17 viticulture (or winegrowing) estates throughout Southern France, which share a single objective – to produce wines that reflect the uniqueness of the environments from which they’re grown. But wine wasn’t Bertrand’s only passion in life.

“I played rugby all my life, starting at five years old until 30,” he says. “But when I played rugby at the top level, rugby was not professional. Rugby was a sport, an international sport, but we played for peanuts.”

The lack of financial reward from playing pro rugby meant that, alongside his sporting career, Bertrand had to work to support himself.

Luckily, winemaking was the obvious choice. “We didn’t win any money, so we had to have a profession,” he explains. “That’s why my job was to make wine, develop the family estate and, on the weekends, I traveled to represent my rugby team.”

“It’s important to stay humble because, in life, especially when you’re connected with nature, like we are in the wine industry, you know that you can’t control everything.”

Despite working full-time at his family’s estate, it was the 25 years he spent playing rugby that Bertrand learned three fundamental business lessons.

“When it comes to lessons rugby taught me: number one is never giving up; number two is leadership; and number three is team spirit. Because alone you go faster, but together you go further. This is a secret of life,” he says.

“If you want to develop a very strong business, you need to develop leadership and team spirit, as well as respect and humility.

“Rugby taught me humility. It’s important to stay humble because, in life, especially when you’re connected with nature, like we are in the wine industry, you know that you can’t control everything. There are things you can’t control because they depend on Mother Nature, they depend on the climate. That’s why every vintage is a blank page and you need to write a new chapter for it.”

Respecting the power of nature Bertrand believes that harmony with nature is the best way to produce wine that reflects the nuances of where it’s from.

Humility, coupled with respect for the power of nature, is what underpins his commitment to adopting biodynamic practices across all his vineyards. “Biodynamic is a way of life once you understand that nature is more intelligent and stronger than us,” Bertrand says.

“On the planet, we have all the ingredients to help us deliver the best of ourselves and, when you do agriculture or viticulture, you deliver a sense of place. I make a big distinction between the taste of something and the taste of somewhere.

“When you develop and you deliver the taste of somewhere to the consumer or wine lovers, it’s amazing because people not only understand the taste of the grape, but where the wine comes from.”

In his book, Wine, Moon and Stars, Bertrand explains the pyramid of senses that he uses to produce a “sense of place” within wine.

“When you develop and you deliver the taste of somewhere to the consumer or wine lovers, it’s amazing because people not only understand the taste of the grape, but where the wine comes from.”

“In the pyramid sense, pleasure is the first step, taste is the second, emotions are the third and the message in the bottle is the last step. Because, of course, wine is a multi-dimensional experience,” he says.

All of Bertrand’s estates are fully biodynamic and certified, but it does source some grapes from other vineyards. Approximately 50 percent of all wine sold by the company is certified organic and biodynamic – but Bertrand doesn’t plan for it to stay this way.

The future of wine 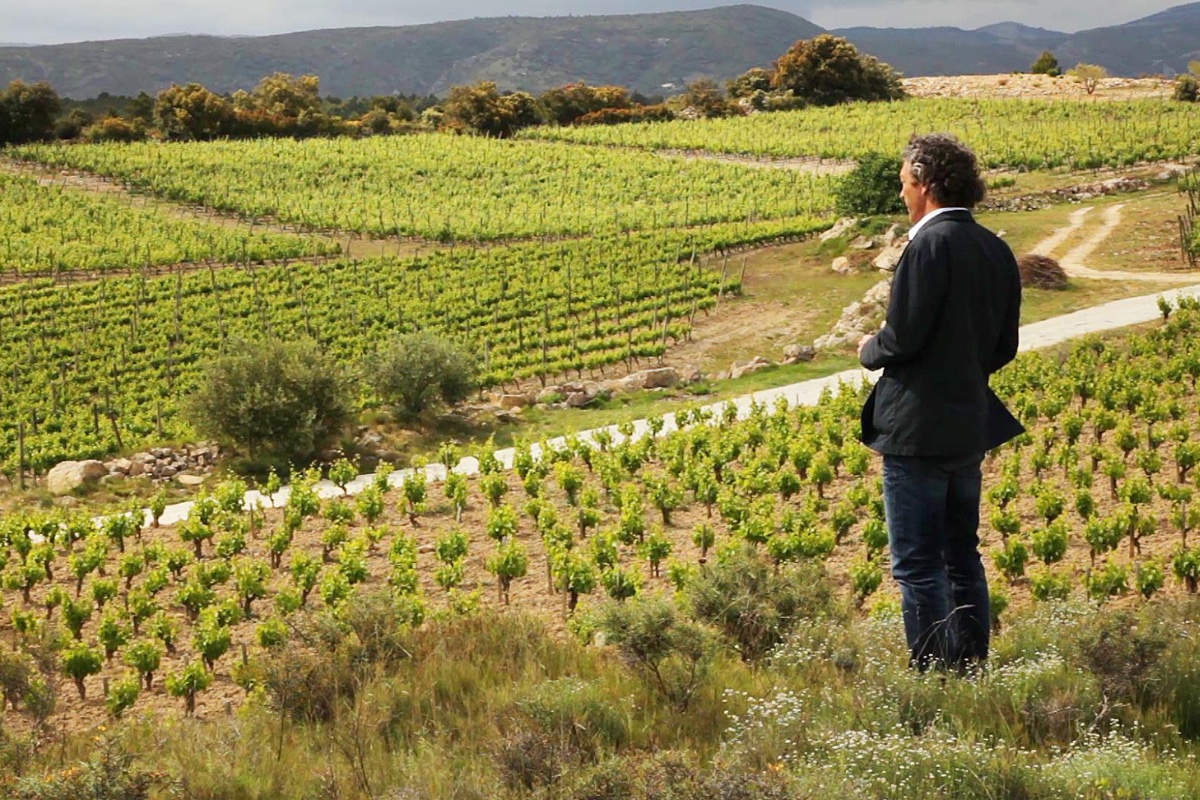 Looking ahead to the future of the wine industry, Bertrand sees the stress-free drinking experience of rosé to be a continuing driver of its widespread popularity.

“Nowadays, especially millennials, they don’t know how to drink a glass of wine properly. That’s why rosé is an amazing business because, like sparkling wine, it’s a good first step to drinking wine because it’s so approachable.

“Nobody will ask what you think about it, which is good, because the wine industry can be intimidating sometimes.”

Bertrand’s recently unveiled rosé – the Source de Junon – is inspired by Junon, the Roman goddess of youth and vitality and the queen of all goddesses.

“That’s why rosé is an amazing business because, like sparkling wine, it’s a good first step to drinking wine because it’s so approachable.”

It’s produced in the Languedoc region in Southern France, where a rare underground source of pure water is located. The Source de Junon celebrates this purity with its freshness along with its organic and biodynamic certifications.

Other popular rosés from Bertrand include Côtes de Roses and Hampton Water, which is made in partnership with superstar singer-songwriter, Jon Bon Jovi, and his son, Jesse.

“I think sparkling wine will become more important because it’s a celebration.”

After editing and writing for multiple university journals, Jenna is now a subeditor and casual contributor for The CEO Magazine.