A comprehensive and thought-provoking few days at the Global Female Leaders summit questioned: How do we successfully navigate an ever-changing digital world? 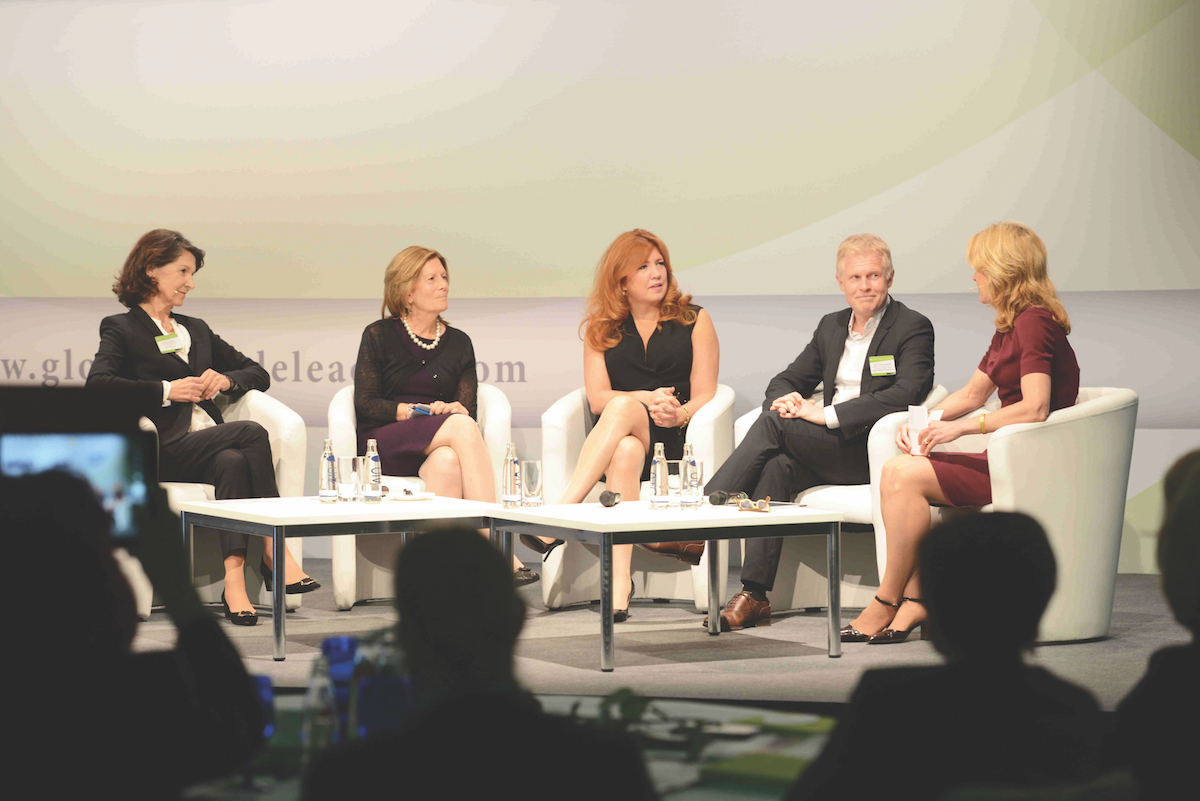 Executives, leaders, industry experts and senior decision makers from the realms of business, politics, society and academia gathered in Berlin in May for the fourth annual Global Female Leaders summit. More than 300 people from far-flung corners of the globe spent 2 and a half days at the unique event that involved a diverse program of insightful presentations, spotlight sessions, think tanks and panel discussions.

The in-depth discussions and captivating presentations were interspersed with networking opportunities where attendees refuelled with coffee and snacks and discussed the big ideas and issues brought to light at the summit. The event offered plenty of opportunity to make new connections, with lunches, a cocktail reception and a gala dinner.

The opening presentation by Janet Henry, Global Chief Economist, HSBC UK, and ensuing panel discussion delved straight into the big issues of the uncertainties in the global economy, globalisation, and the rise of populism. Questions were raised, such as: how can corporates counter populism; how to bridge the growing gap between the elite and the population left behind; and would a universal basic income ever work? Foreign correspondent and TV journalist at RTL Television Germany/France, Dr Antonia Rados said “the economy shouldn’t determine the lives of people, politics should”. Stephanie Foster, Partner Smash Strategies and Former Adviser to the US State Department, highlighted the importance of trust and open communication that is essential among world leaders: “Communicate your decisions, even if people disagree with you!”

And – a topic raised again recently by Mark Zuckerberg  – will a universal basic income strategy ever work? While the consensus is that it’s a good idea, put simply, “It’s too costly,” argues Dr Henrik Enderlein, Professor of Political Economy, Vice-President and Dean of Strategy, Hertie School of Governance, Germany. “Growth is good but progress creates losers and we need to compensate them and get better at that,” he adds, referring to the rise of automation and robotics.

How to best navigate the digital world, was a hot topic and one of the major themes of the summit. Was the tone grim or one of despair as these big issues were brought to light? Absolutely not. Will robots take our jobs? Should people have to do jobs that a robot is capable of completing? The atmosphere was one of inspiration and opportunity, of highlighting the need for leaders and organisations to focus on innovation and to support education and training.

Senior executives, business leaders and entrepreneurs peeled away each afternoon for a range of interactive think tank sessions.

Throughout the event the energy was upbeat and inspiring, with speakers tackling some of the big issues facing the world to insightful and touching talks from women (and men) undertaking incredible projects and empowering others.

Shaking up the world of tech and health care, co-founder of Open Bionics Samantha Payne gave a moving talk in her Spotlight Session. Her start-up is using bionics to create sci-fi- and Disney-inspired limbs for children. Not only that, they are making the whole prosthetics process, which can be traumatising for kids, and costly, much better.

Hers was a message of never giving up despite the obstacles of traditional systems, and of putting customers first – Open Bionics open sources all its files and works closely with amputees. “What inspires me? All the founders before me who said ‘You can’t’,” says Samantha. “It’s easy to say no and to criticise, and it’s harder to get out there and push forward.”

Another powerful moment was journalist, filmmaker and activist Sharmeen Obaid-Chinoy’s speech about her Academy Award-winning film A Girl in the River – The Price of Forgiveness, and its exposure of honour killings. While the funny and endearing Nazanin Daneshvar, CEO and founder of Takhfifan website in Iran, told her story of succeeding in the tech world as a female, despite having the odds stacked against her. 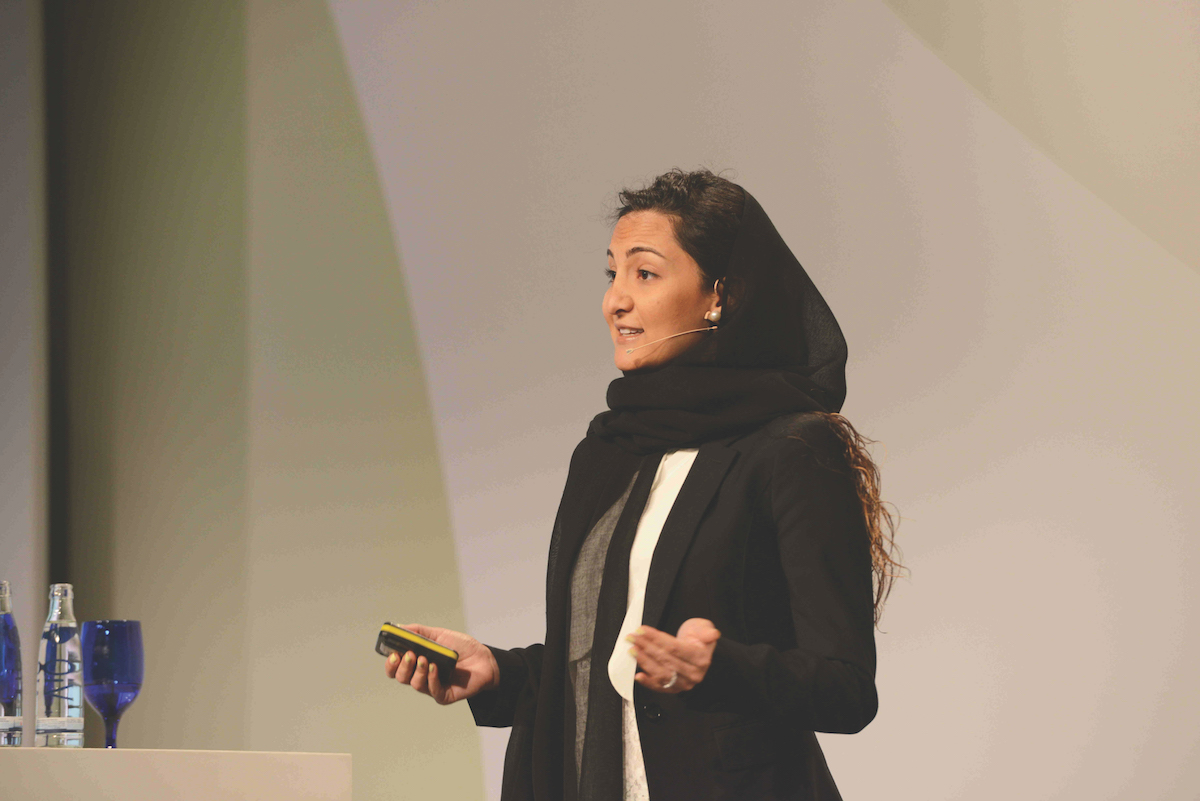 She also shared her everyday mantra to success – What do I want? What do I give? What’s next? And said: “I’m here to show the girls back home what they’re capable of.” Also championing female entrepreneurs and highlighting the opportunities of the sharing economy was CEO and founder of Love Home Swap, and Allbright, Debbie Wosskow OBE.

She spoke of the benefits of finding someone on your level, to bounce ideas off and collaborate with. Senior executives, business leaders and entrepreneurs peeled away each afternoon for a range of interactive think tank sessions.

These were a chance for networking and open discussion in groups on topics like being effective on non-executive boards, AI, leveraging public–private partnerships, and customer-centric thinking, to name just a few. In one session, Elisabeth Bauer from Google Germany fostered thoughtful discussion around responsible leadership and the opportunities and challenges of the fourth industrial revolution.

The digital focus over the course of the summit was broad, encompassing jobs of the future, what our workplaces will be like and how we can be future-proof, as well as the impacts on our healthcare systems, our cities, financial systems, the media – and the kind of leadership needed to make it happen successfully and effectively. 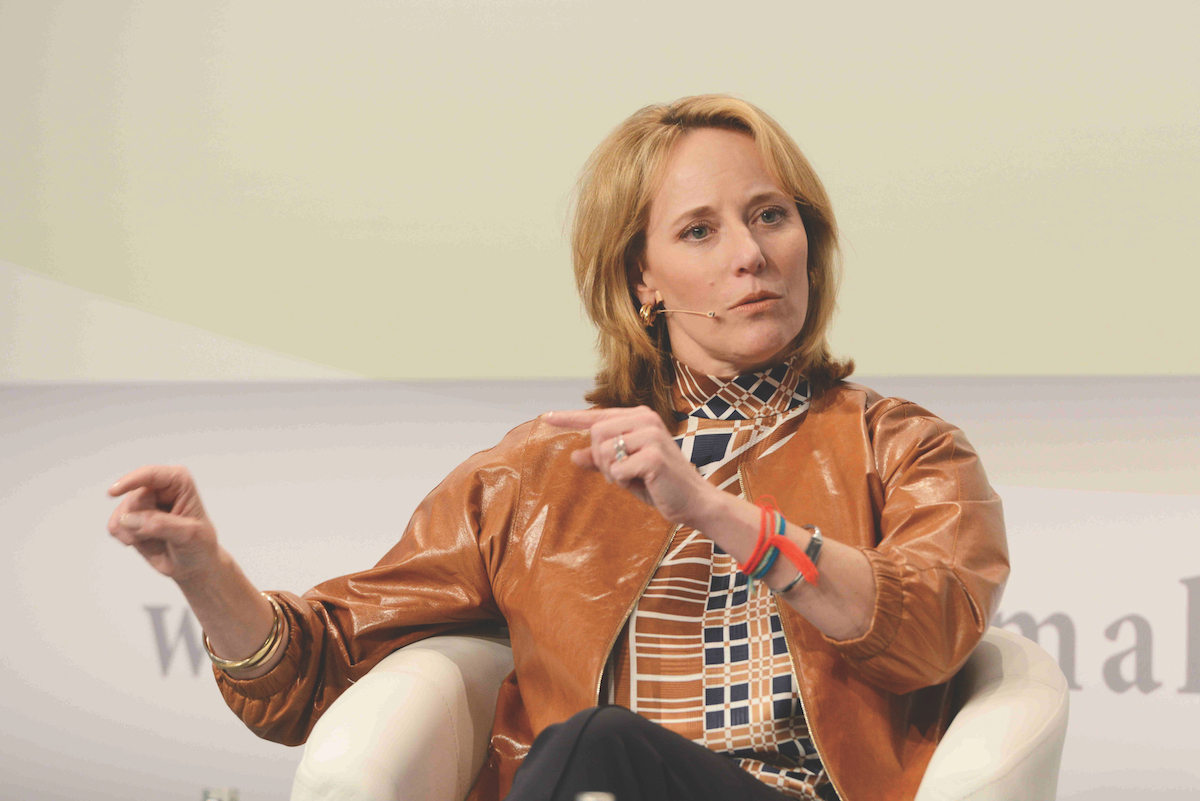 With the rise of digital, automation, AI, robotics and all that technology is bringing to the world, our organisations, governing bodies, citizens and leaders must also undergo significant change. While a range of topics and issues were covered over the 2 and a half days of the Global Female Leaders summit 2017 much of it came down to the essential role of leadership. Because no matter what’s in store for the future of this world, one thing is crucial: good global leaders. And that comes down to you.

The next Global Female Leaders summit is scheduled to take place at the Ritz-Carlton, Berlin on 23–25 April 2018. globalfemaleleaders.com