We talk to the two-time Walkley Award winning journalist and 7.30 host about her career journey and whether she remains friends with any prime ministers. 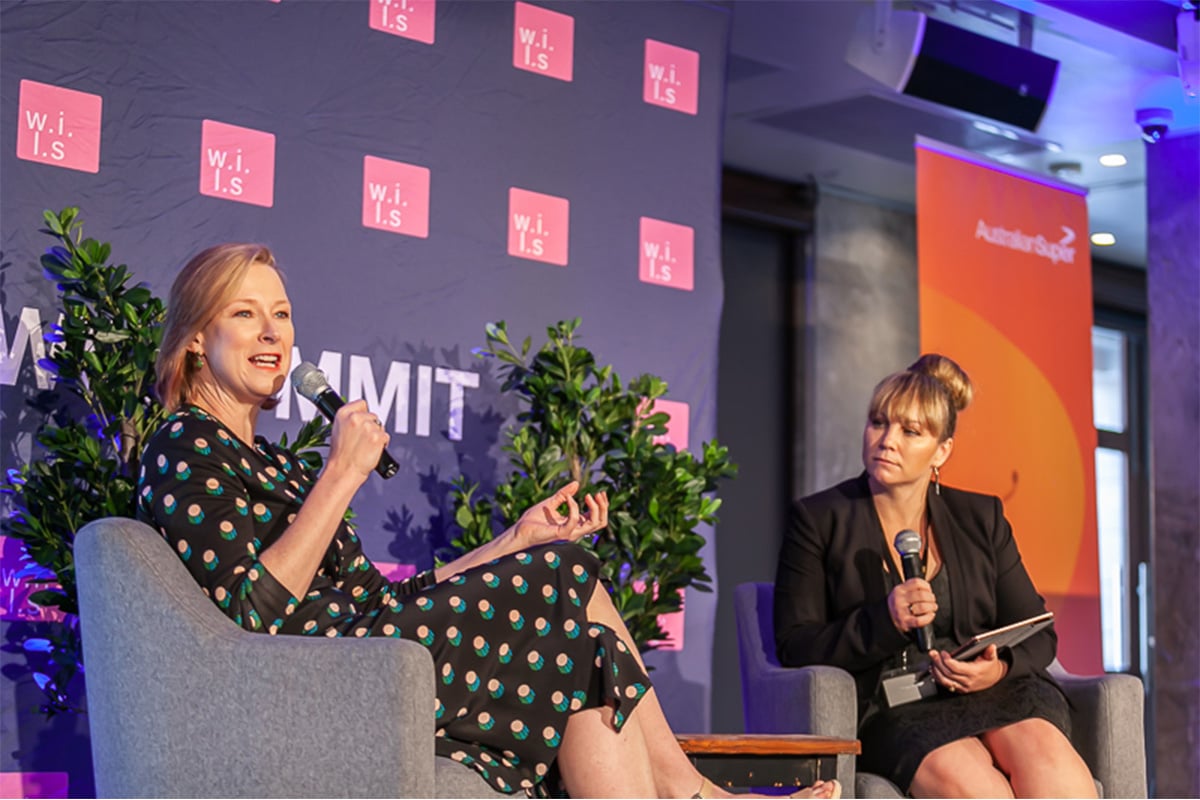 As one of the most hard-hitting anchors on Australian TV, Sales doesn’t shy away from asking the hard questions of past and present Prime Ministers on ABC’s flagship current affairs program 7.30 . It’s certainly a world away from her wedding singing days at university.

“My parents were very hard workers, so they instilled work first, play later in me pretty early on,” Sales says. “I don’t think we often do acknowledge enough is luck and privilege and circumstance.”

Speaking to more than 300 women with their eyes glued to the ABC presenter at The Leadership Institute’s inspiring Women in Leadership Summit 2018, Sales shared her journey to success.

“I’ve always done things that pushed me out of my comfort zone because I’d rather be doing that than sitting at home on the couch and watching somebody else do it and thinking that could have been me if I wasn’t scared.” – Leigh Sales

The mother-of-two’s impressive career spans decades and, having grilled every living Australian prime minister, has earned her the title of the country’s best and most respected interviewer.

“I’m friendly with them,” Sales tells The CEO Magazine when we ask whether she’s friends with any of the politicians who have sat across from her desk.

“My job requires a certain level of distance. But you just can’t be friends when someone’s going to come on the show and then you’re going to hammer them.” Crowned as being one of the country’s leading journalists, Sales has a long list of accomplishments to her name – whether it’s interrogating politicians on the night of a federal election to interviewing global forces such as Hillary Rodham Clinton, the Dalai Lama and Paul McCartney (her personal favourite).

The accomplished pianist was the first in her family to get a degree and pursued political journalism as a way to escape the harsh realities of life that follow being a war correspondent.

“Frankly, I was being a coward,” Sales tells The CEO Magazine . “I was afraid to cover wars. I realised I didn’t have the appetite for that type of reporting – politics are less confronting.”

Before landing a career with ABC, Sales stepped into her first media role at Channel 9 but was told she didn’t have the right qualities to be on air and was better suited as a producer.

“It’s good to be in the moment sometimes instead of always looking forward. Now I’m much better at appreciating what I’m doing in the given time,” – Sales “I was 21 at the time and it stunk, it really hurt,” she said. “I often think I could have stayed there and been bitter being a producer, but I decided to take a risk and go somewhere else to see what would happen.

“I always look back at that and even though it was painful at the time, that guy did me a bit of a favour.”

With sights set firmly on the US, Sales spent four years as the ABC’s Washington Correspondent and covered stories on September 11, the 2004 Presidential election and Hurricane Katrina. Following her return to Australia, the 45-year-old anchored Lateline before making the move to 7.30 in 2011.

“At the time I felt like I didn’t have the skill set and still had things to learn,” Sales says. “I’ve always done things that pushed me out of my comfort zone because I’d rather be doing that than sitting at home on the couch and watching somebody else do it and thinking that could have been me if I wasn’t scared.”

Grasping any opportunity is something the journalist’s bosses always encouraged her to relish in. Although quickly jumping from one role to another, which helped fine-tune her incredible skills, is something she regrets.

“I’ve had a few occasions where I’ve been doing a job I really enjoyed but thought I needed to keep climbing the ladder so I’ve gone on to do something that I haven’t enjoyed as much,” Sales says. “Why’d I have to be in such a great mad rush to get there – having said that it’s served me well.

“It’s good to be in the moment sometimes instead of always looking forward. Now I’m much better at appreciating what I’m doing in the given time.” The host led a golden life and blazing career until a turmoil of tragic events struck her in her 40s.

Despite suffering the heart-wrenching death of her military father, miraculously surviving a uterine rupture (a fatal pregnancy complication) when she was pregnant with her second son in 2014, the ongoing medical challenges of her eldest son (now six) and the end of an almost 20-year marriage, Sales’ resilience shines through.

While the poised veteran journalist highlights luck as a contributing factor to her success, she doesn’t ignore the hard work and planning that went into landing her prestigious position.

Sales, who has published three novels including her latest Any Ordinary Day (based on her heart-breaking experiences), explained she took considerably measured steps throughout her career but allowed flexibility with new opportunities.

“It’s better to go with the flow, so often I’ve been lucky things have worked out as I would have hoped,” she says. “The plans we have for ourselves aren’t necessarily the best plans that we want.”