It’s becoming increasingly clear that starting out on the field may be the best path to the boardroom. 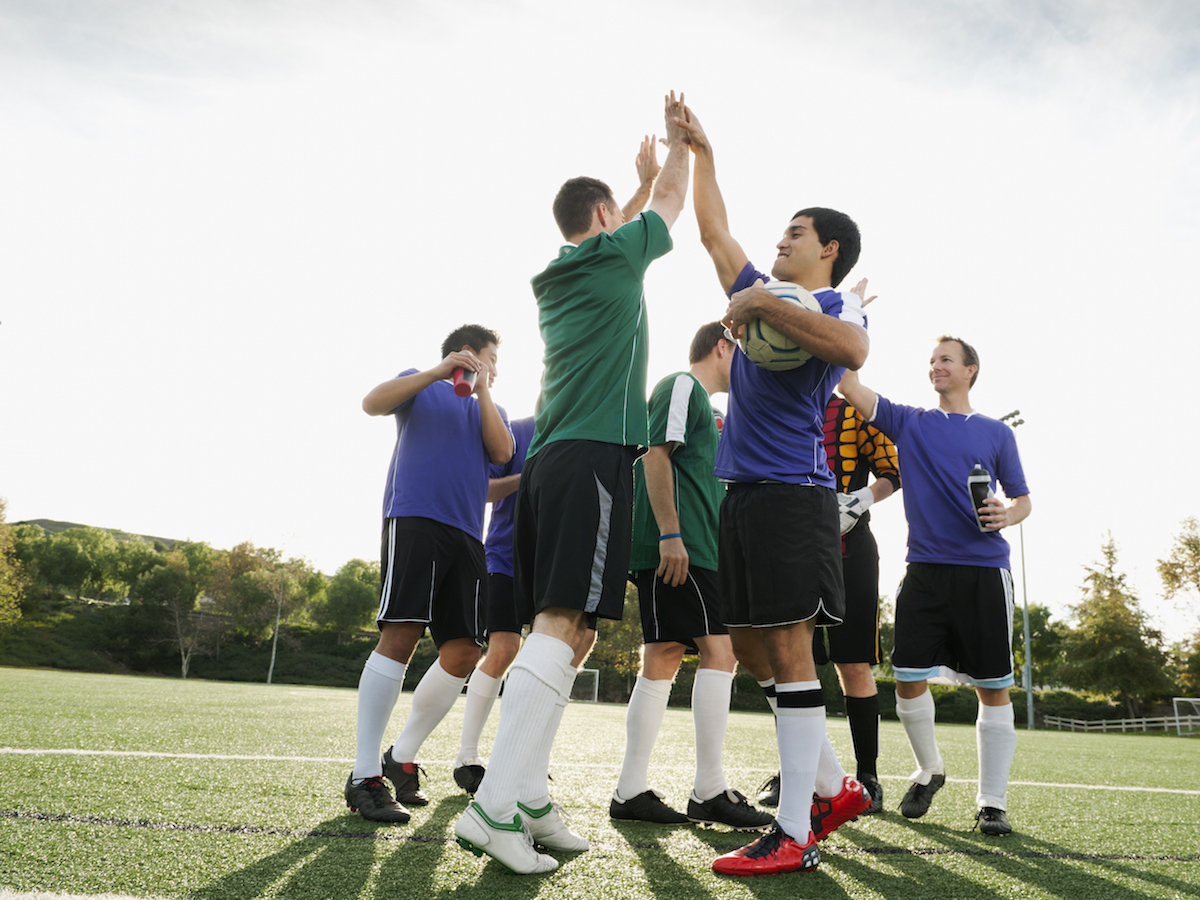 If you think team sports are just about social fitness and entertainment, think again.

Mounting evidence shows that playing sports can transfer into your professional career, helping you become a better and more influential leader.

It’s been suggested that up to 95% of Fortune 500 CEOs played college sports so we’ve rounded up a few examples of top executives who got out on the field in their younger days.

However, unlike the world of sports where races and games are pre-scheduled, the business world is far more volatile.

While athletes can spend months training and preparing for competition, business leaders are afforded no such luxury. New industry competitors can crop up every day and markets can drop in an instant – successful businesses must be prepared for any and all eventualities.

Being a team leader is:

“For companies and countries that are serious about wanting to advance more women into leadership roles, you can’t underestimate the role of sport in closing the gender gap,” says Beth Brooke-Marciniak, EY Global Vice Chair for Public Policy.

A 2015 study of 400 female C-suite executives conducted by espnW and EY found an overwhelming correlation between athletic and business success: 94% of women in the C-suite played sports.

Of these, more than half (52%) played at a university level, compared to 39% of women at lower management levels. The same study also found that 80% of female Fortune 500 executives played competitive sports.

#ThrowbackThursday to #IWD2018 last week, where we were talking to leaders in the sport industry about future leadership#ThursdayThoughts #LeadershipTalks pic.twitter.com/kJmmoqqLu6

Furthermore, in the 2017 Fortune list of Most Powerful Women, 65% of those listed were revealed to have played sports competitively in either high school or college, sometimes both.

The most popular sport was a three-way tie between swimming, basketball, and tennis, while other sports included softball, track, gymnastics, lacrosse, and field hockey.

In her book, The Power of Many: Values for success in business and in life , Hewlett Packard Enterprise’s former CEO Meg Whitman said the link between sports and business is clear. “When I’m pulling a business team together, I still use those basketball aphorisms I learned as a young person: Let’s pass the ball around a little before game time. Do we need man-to-man or zone defence?”

Not only do sports encourage women to break gender norms – often a key hurdle in reaching an executive position, they also teach teamwork and dedication.
They teach that a tough, aggressive and competitive spirit is nothing to be ashamed of. In fact, it could shape them into a hardworking employee that’s eager to take on more responsibility and seek promotions.

The link between sports and business is currently a hot topic and in October 2018, against the backdrop of the hundredth anniversary for women’s rights, the Women in Sport’s Empower Conference will discuss how we can all drive change for women and girls in sport over the next 100 years to level the playing field. Tickets are available now.

Learn how five of the world’s best business minds unwind and relax.